Lessons from pandemics of the past 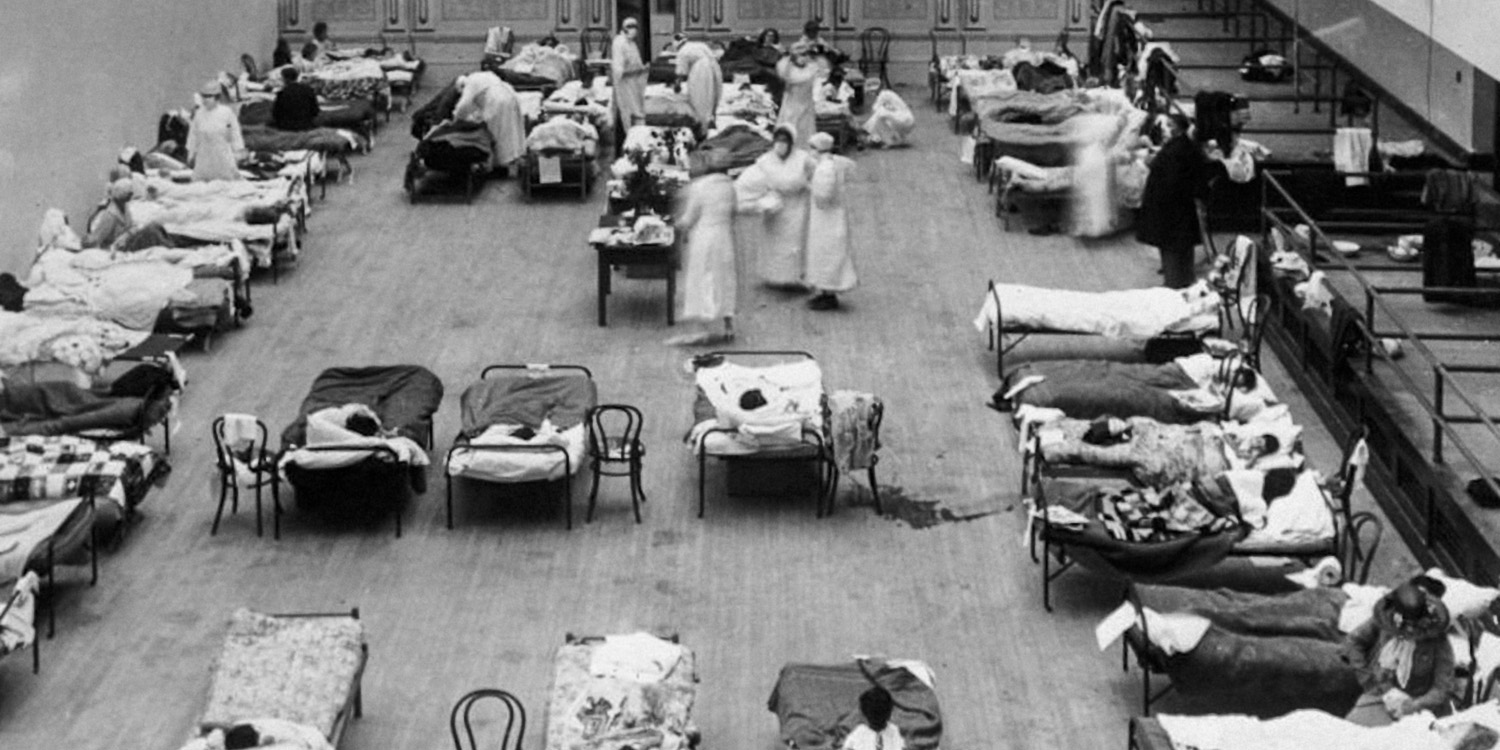 By February 1904, anxious Joburgers were awaiting the arrival of a killer disease. Not a coronavirus coming from China, but something far worse.

It was simply known as the Durban Plague and in that late summer of 1904 it was expected to hit the city and cause death.

For the Durban Plague’s real name was the pneumonic plague, and 600 years earlier it had ripped through Europe, killing perhaps a third of the population.

The port city of Durban was hit first in 1904 and the expectation was that the plague would follow the railway lines up to the Witwatersrand.

The plague did arrive, but a month later in the Indian quarter of Joburg, near where Newtown is today.

To stop its spread, the authorities were brutal.

“The pneumonic plague mortality rate was around 90% and that is why the containment was absolutely critical and it was contained through quite racist measures,” explains Professor Philip Harrison, the South African research chair in spatial analysis and city planning at Wits’ Gauteng Regional City Observatory.

First, the Indian quarter was walled in with corrugated sheeting, to keep the carriers of the plague, the rats, in.

Then the buildings were doused with paraffin and coal tar and set alight.

The inhabitants were all moved to Klipspruit.

By the end of April there had been 110 recorded cases in Johannesburg, of which 78 people had died, eight had recovered and 32 were in hospital.

Harrison believes that understanding how these past epidemics shaped the city and how the authorities dealt with them will help us in the fight against future and present plagues, including the Covid-19 virus.

He wrote about this recently in an academic paper titled, “Johannesburg and its epidemics: Can we learn from history?”

He identified 19 epidemics that swept through the city between 1893 and 2020. Some of these diseases, like polio and scarlet fever, have made repeat visits to Joburg.

And while these epidemics varied in the mayhem they caused, Harrison has been able to pick out similarities in how the populace reacted to the illnesses, and how the authorities dealt with the crisis.

What does emerge time and time again is scapegoating. With the pneumonic plague, people of Indian descent were blamed for its spread, and with the Covid-19 pandemic Chinese people have been accused of causing the disease. In the early days of the pandemic, Joburgers avoided Chinatown in Cyrildene, because of fears of contracting the virus.

When measles swept through the Boer War concentration camps at the turn of the 20th century it was the uneducated mothers, who didn’t understand basic hygiene, who were blamed. During the HIV/AIDS epidemic, first gays then Zulu speakers were accused of driving infection rates.

Early interventions in 1893 made a difference.

The most successful were the early administrators of Joburg, who in 1893 quickly put an end to the smallpox epidemic.

“Early interventions in 1893 made a difference,” says Harrison.

Isolation facilities were built and a makeshift laboratory quickly set up to manufacture vaccines. A mass vaccination drive was then introduced.

The disease was brought under control, and turned out to be mild in relation to previous smallpox epidemics in South Africa.

“Every epidemic is different,” stresses Harrison.

What is revealed in Harrison’s paper is that Joburg often came off lightly when compared to the devastation other South African cities experienced.

For decades this was a mystery.

Fewer residents were killed by the pneumonic plague in Johannesburg, than in Durban. Even the 1918 Spanish Influenza pandemic didn’t hit Johannesburg as hard as Cape Town and Kimberley.

“Joburg’s location had an influence in the early days because travel was slower and, if you look at the plague it took years for the disease to come from the ports to Joburg and that meant there was time to prepare,” says Harrison. “Obviously, now pandemics are fast-moving and Joburg is a gateway to the world.”

It is believed that Johannesburg was spared the worst of the 1918 influenza pandemic because an earlier weaker strain of the disease that came up through Durban provided the populace with a degree of immunity to a second wave.

It was the first time that healthcare workers in the city wore masks. Field hospitals were built and some churches opted to close. Joburgers weren’t forced into a lockdown, but they were told to avoid cinemas and public spaces. Schools were closed and, as Harrison found in his research, toy sales increased because children were bored at home.

The pandemic closed the mines for a while, which had an effect on the economy.

The 1918 influenza pandemic wasn’t, however, the deadliest disease to strike Joburg. That title goes to the slow plague – the HIV/AIDS epidemic.

The problem is that the residents of Joburg have a habit of quickly forgetting about past epidemics.

“AIDS was a creeping pandemic, it didn’t prepare us for the sudden shock of Covid,” Harrison says. “I think it is also a generational thing. In the 1950s and ’60, many of the other diseases were resolved through vaccination, so we didn’t get the polio and scarlet fevers that a previous generation got, and maybe we have been lulled into complacency.”

We should learn from Covid because the next one might be a lot worse.

In his paper, Harrison points out that many of these pandemics left a legacy in the city, some of it good, some of it bad.

The 1918 influenza pandemic contributed to the creation of the Native Areas Act of 1923, which evolved into the Group Areas Act of 1950. The waves of different diseases also pushed research.

The Covid-19 contact tracers of today have their origins in the work of the acting medical officer of health and the district surgeon, who every day during the plague outbreak of 1904 would meet around a big map of the city and track the disease’s progress house by house with coloured pins.

The passing of the Disaster Management Act of 2002 enabled the government to rapidly implement lockdown during the Covid-19 pandemic.

“History doesn’t provide us with the answers but it keeps us aware of the issues around epidemics, such as scapegoating, that you need to be aware of,” says Harrison.

As with those pandemics of the past, Covid-19 is likely to leave its own unique mark on the city.

What it will be is too early to tell.

In Europe, the pandemic is causing a shift in the workplace. More people are working from home and relying increasingly on online retail. A smaller middle class in Joburg means there might not be the same impact on the city as in Europe or the US.

And there could be more to come.

Some scientists are warning that we have entered the age of pandemics, that deforestation and increased contact between humans and animals will cause more viruses to jump species and trigger the next pandemic.

“We should learn from Covid because the next one might be a lot worse,” warns Harrison. DM