Ben Ngubane is ‘surprised’ Gupta-led forces were meddling in Eskom 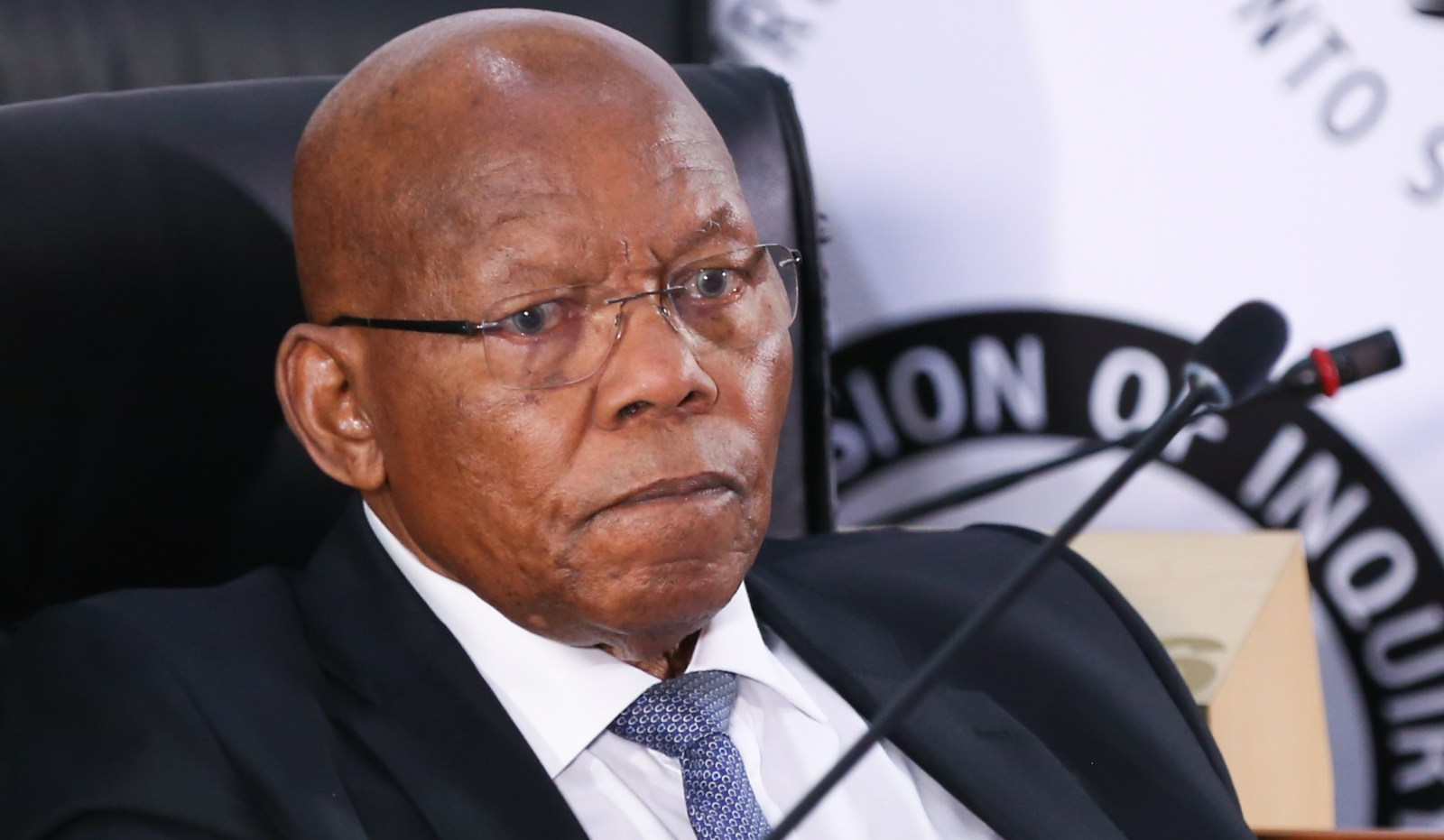 Former Eskom chairperson Ben Ngubane claimed ignorance about irregularities at Eskom when he testified before the Zondo Commission of Inquiry into State Capture on Tuesday. (Photo: Gallo Images / Luba Lesolle)

The former Eskom chairperson seemed ignorant of ‘outside forces’ pulling the strings at Eskom during his tenure. Testifying before the Zondo commission on Tuesday, he claimed he was unaware of dodgy dealings regarding Brian Molefe’s appointment as Eskom CEO in 2015 or the R1.68bn prepayment deal to Gupta-owned Tegeta Exploration and Resources later that year.

Former Eskom chairperson Ben Ngubane claimed ignorance about irregularities at Eskom when he testified before the Zondo Commission of Inquiry into State Capture on Tuesday.

“I don’t think we have that many powerful prophets in the country,” he laughed.

But based on evidence from Henk Bester, the former managing director of rail at Hatch, this “prophecy” was no laughing matter. Bester, who testified before the commission in October, said that during a business meeting with former Eskom chief financial officer (CFO) Anoj Singh in 2014 and Essa, the Guptas’ right-hand man flaunted his connections with powerful people, saying “they” had already decided Molefe would be Eskom CEO.

“This is either a coincidence or an orchestration,” said Seleka.

So far, no one has challenged Bester’s testimony, according to the commission chairperson, Deputy Chief Justice Raymond Zondo.

Ngubane says he was also taken aback by the suspension of four top senior executives in March 2015, following a bogus inquiry into the parastatal. He called the suspensions random, with “no plan”.

He testified that former public enterprises minister Lynne Brown suggested to the board that Molefe be seconded from Transnet to act as Eskom CEO.

“The Transnet and Eskom boards negotiated discreetly the transfer of Mr Brian Molefe and Mr Anoj Singh to Eskom. My role as the shareholder representative was to approve the negotiated outcomes,” read Seleka. Brown’s submission went on to mention questions about “the legality” of the transfers.

Ngubane said he wasn’t surprised Molefe was chosen for the position, based on his credentials and capabilities. “If it was a mediocre person, I would say there’s something amiss.”

And it seems Ngubane saw nothing amiss when on 10 December 2015, the board was given 24 hours to agree to prepay Optimum Coal Mine (OCM) R1.68-billion – a deal which would ultimately benefit the Guptas.

He testified that former Eskom legal head Suzanne Daniels, who testified on Monday regarding the deal, approached him with the documents late one afternoon and indicated the decision was an “emergency” and had already passed through the Investment Finance Committee (IFC) as per protocol.

In Ngubane’s understanding, the deal was to secure a year’s supply of coal in case Optimum crumbled. The company was under business rescue at the time and coal supplies for Hendrina, Arnot and Komati power stations were at risk.

He said he knew nothing of the deal before Daniels brought it to his attention; however, she had testified that three days before, she received a phone call from Ngubane requesting she assist the then Eskom group CEO Matshela Koko and Singh in drafting documents for the deal, which would be submitted to the board the following day.

Ngubane denied this emphatically and expressed “disappointment” in Daniels, whom he “trusted”.

But shortly after, the documents found their way into the hands of Trillian boss Eric Wood, former Oakbay CEO Nazeem Howa and “Business Man”, an anonymous character linked to the gupta email address [email protected]

“[Business Man] writes an email and says there’s a requirement for PFMA, he doesn’t want that, and number two, it shouldn’t go to IFC, it should go directly to the board,” said Seleka, rehashing evidence.

The day after the Eskom board approved the deal, Singh decided on his own it should be converted into a guarantee to benefit Gupta-owned Tegeta Exploration and Resources rather than a cash payment to Optimum. Tegeta was set to acquire Optimum, but was never mentioned in the board’s decision.

The inquiry will continue to hear Eskom-related evidence this week. DM