Youth to the rescue: How Covid-19 inspired them to help 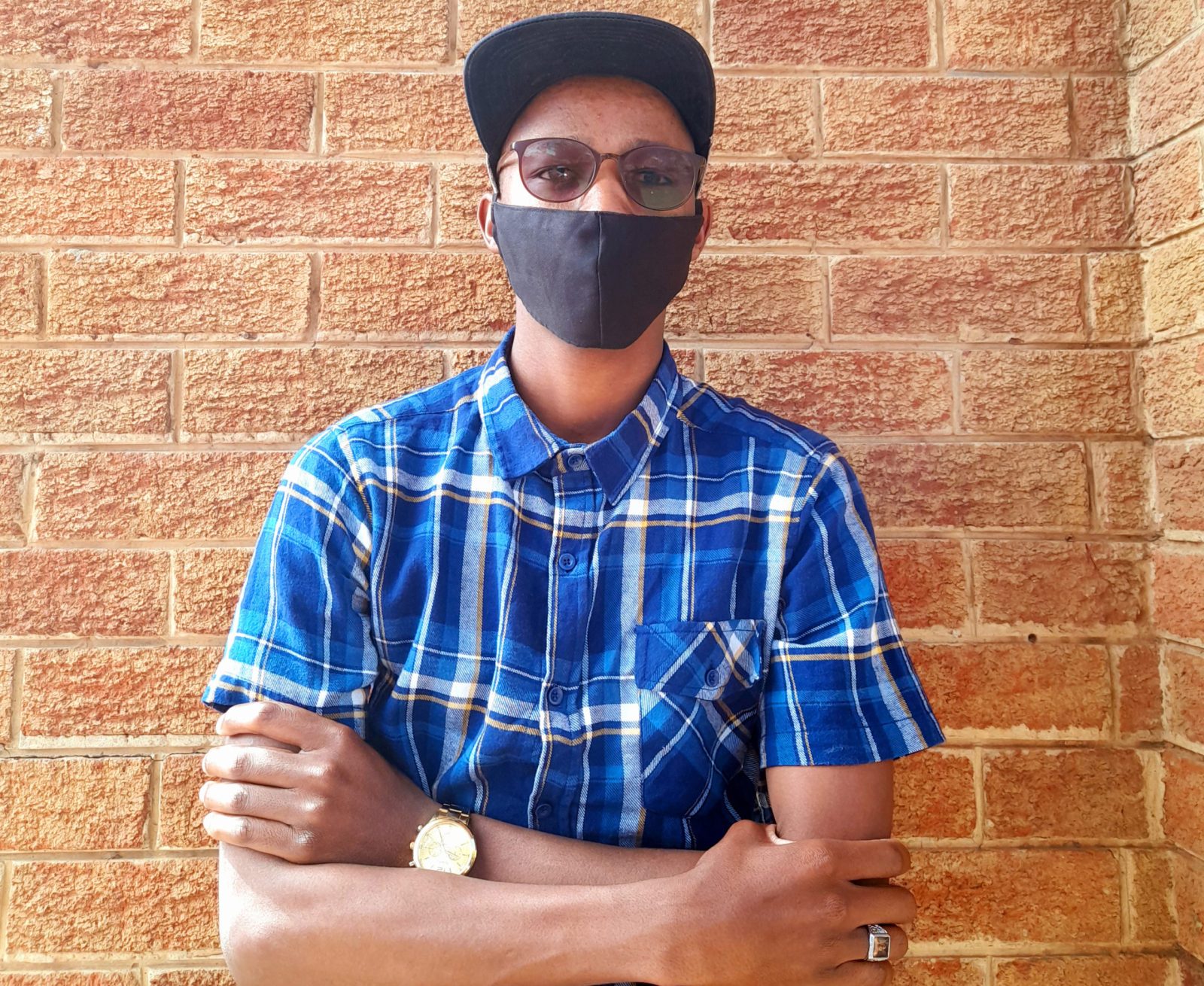 When others needed them, these young people dropped what they were doing to help people through lockdown.

When Liza Mfana first started wearing a mask in his hometown of Gobe in Centani in the Eastern Cape he got pummelled.

“You like drama, my man. This thing is not necessary” was one of the comments he received. “You have money to waste on these things, Liza? This disease is for rich people” was another.

But Mfana was informed and undeterred.

So was Nkosinathi Ndlovu, leader of the Clau-Clau Youth Club in Mpumalanga who, when lockdown began in March, started raising funds for food parcels. But, as with all well-intentioned work, there were unexpected difficulties. Criteria needed to be worked out so that those in the direst need of food were given priority, which left those people who still had an income stream angry about being left out. Once the initial knots were ironed out, a bigger problem needed tackling. To take the club’s response beyond the emergency mode of hard lockdown, Ndlovu started educating people in his community about becoming marginally self-sufficient by creating a food garden.

“It’s important that we teach our people about subsistence farming because people can sell some of the items they grow in order to purchase bread,” says Ndlovu.

Ndlovu and Mfana’s stories are captured in a book dedicated to the work of several young people around the country who dropped what they were doing to respond to the small and large crises that developed in their communities within 24 hours of Level 5 lockdown being announced by President Cyril Ramaphosa on 23 March 2020.

The book is testament to the fact that while many South Africans over a certain age are disillusioned and tired from the years in which the state was hollowed out by greed so that public money did not reach its intended projects or help the citizens of the country in need of public services, a new generation of leaders is quietly getting on with work others fail to do.

For instance, when the government announced at the time of the extension of the national lockdown a social grant of R350 to help people in extreme situations of poverty and hunger, possible applicants were often left flailing. In Bloemfontein, a group of young people watched people’s anxiety build during the process of applying for the relief grants. Led by Mojalefa Mokhosi and Lebohang Matlabe, they assisted people in Mangaung through the complicated application processes for various forms of government assistance.

“We assist matriculants with tertiary education applications — we also offer them free internet access. During Level 5 lockdown, we were not working, so I decided to approach the Mangaung Youth Centre to use their venue and I also recruited a few friends to bring along their laptops to assist withapplications.”

Their work had a knock-on effect. They later received support from the National Development Agency (NDA) and from the Mangaung local government.

The one thing the people featured in the book have in common is that they have been through a development programme that has been running since January 2012. Its objective is to equip young people to be “innovative, active citizens, influencing and provoking positive change for global good”. The training, which people already involved in community activities must apply for, involves developing a strong sense of self and self-worth, but also forging strong bonds with other people to form a “network of change-makers”. Many of the people featured in the book were helped by fellows of the programme, generally known as “activators”.

The activators are taught innovation, leadership and management, how to negotiate the sociopolitical environment in which they work, and how to inspire other young people in order to turn a “ripple of symptomatic change into waves of systematic change”. They are taught how to harness social media, are given project management instruction and are schooled in how to put together a detailed plan of the work they envisage doing.

During lockdown, many of these plans were abandoned. Some of the activators lost jobs. Many are self-employed and couldn’t continue working either at earning money or at their community projects, many of which are focused on the needs of young people.

Activate! Change Drivers, the organisation that provided the training, established a R200,000 relief fund to help alumni of the programme. They received 501 applications for help from young people involved in community upliftment, most of them for equipment needed so that the young people could get sanitiser, thermometers and PPE in order to carry on working safely in their communities. In one situation, one of the youth groups shares premises with other community groups and extended the PPE and sanitiser for everyone’s use in order to keep the hall and its facilities safe for everyone who used it.

The helpful actions the young people initiated are about as varied as the personalities. Nyiko Lovemore Manganyi from Shikunu in the Vhembe District of Limpopo mobilised older people to start a reading club for school children to keep them reading and writing while their schools were closed. Under leadership of Phathuxolo Nofotho of the Pheli Youth Hub in Atteridgeville, young people helped the department of health with testing and tracking. In Phillipi near Cape Town, Sinazo Peter continued her mission to help the girls of the area with basic toiletries and sanitary products. Bongeka Qhanga collected study material and textbooks, and started a community book club to support the children who had no access to educational material during lockdown. Three young people in Kwa-Thema on the East Rand of Johannesburg joined forces to start a soup kitchen, adding bread and fruit to the daily menu. In Standerton, Phumzile Motloung provided one-on-one tutoring to support school children learning from home.

For Relotegile Malepe being caught up in lockdown in Kuala Lumpur in Malaysia was not an obstacle that was going to prevent her from doing something for her people back home.

Not only did she make daily videos she sent home via WhatsApp for her younger brother to assist him with his matric studies, she also worried about who was teaching the children in her village back home about the seriousness of Covid-19.

“What about the elderly in my village? Who is informing them? What makes it worse is that information hardly reaches villages in the same way that it reaches urban areas. It is limited (due to a lack of resources, gadgets and data), filtered and sometimes not delivered at all.”

But Malepe is mentoring some young people and they decided on a programme to “School Your Elder”, which is a reading session where a young person reads with an elderly person to help them become less anxious about the pandemic, while acknowledging its severity.

In the e-book, called The Activate! Network responds to Covid-19, Malepe writes that being away from home has been hard for her, but that the virus has taught her to “observe and stay calm” and to “bring my voice back for the public good”. Surrounded by strangers, she gathered with her neighbours  at six every evening to sing from windows, doorways and balconies.

“I don’t even know their names, but we are a community, and that is what matters: teamwork. I’ve learnt that being compassionate and empathetic is more important than anything else. To be willing to bring about the spirit of active participation is a need in society.” DM168