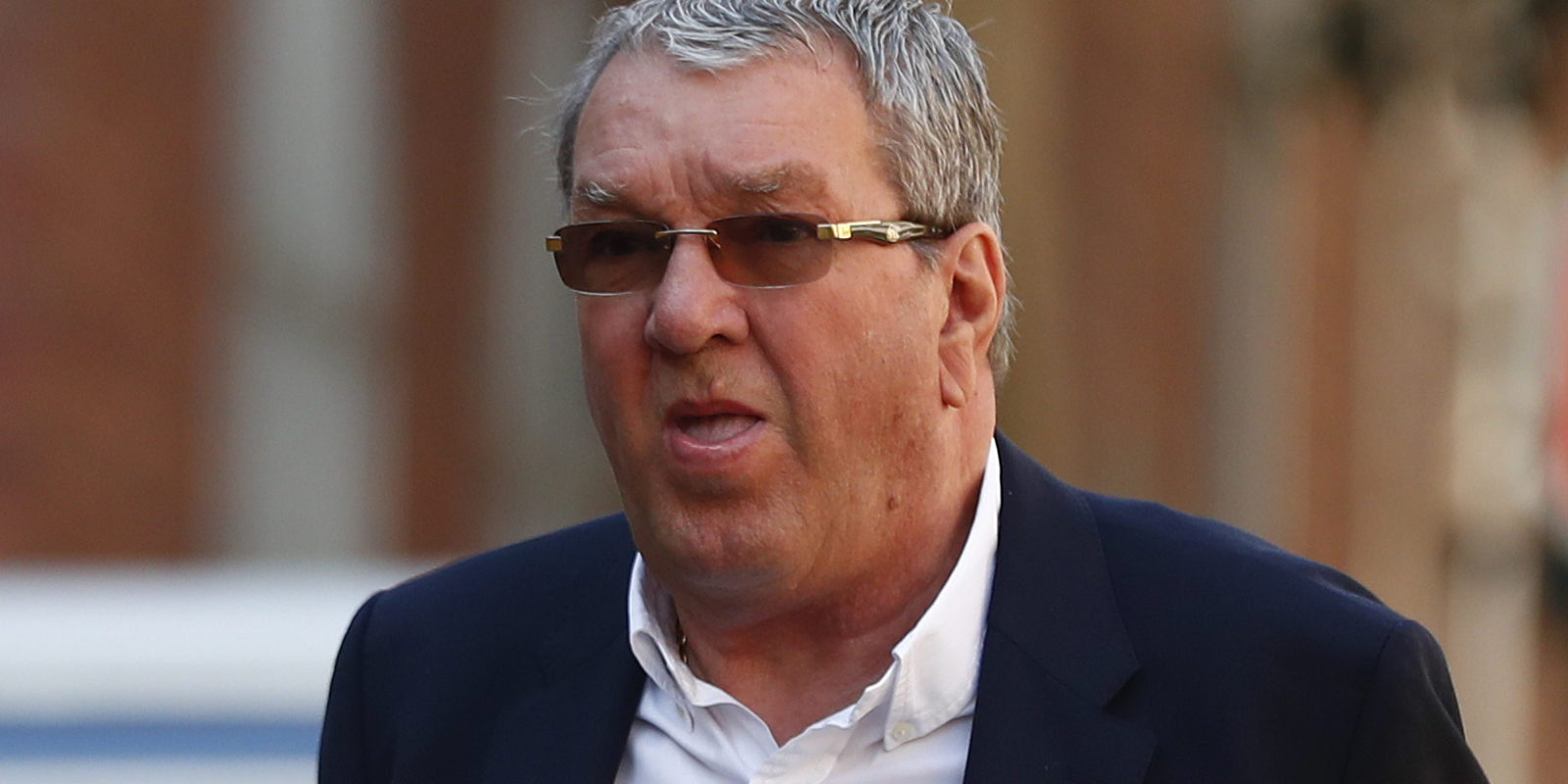 Guus Kouwenhoven, a Dutch war criminal convicted in the Netherlands of arms trafficking, has been based in South Africa since December 2016. He is the focus of fresh court proceedings relating to attempts to have him extradited to the Netherlands.

If a Dutch arms trafficker is not extradited from South Africa to the Netherlands where he was previously convicted of war crimes relating to Liberia, the state believes it means he could be off the hook in SA as the double jeopardy rule could apply and block him from being tried on the same offences here.

The double jeopardy rule refers to the prevention of someone being prosecuted for the same crimes twice.

According to the state, if double jeopardy does indeed apply to Guus Kouwenhoven, 78, whose full name is Augustinus Petrus Maria Kouwenhoven, it may also mean that he is immune from any potential trial in Liberia.

This could mean that if Kouwenhoven remains in South Africa, or even if he ends up in Liberia, he may never be held to account for the crimes of which he has been convicted.

But Kouwenhoven’s legal team does not believe double jeopardy necessarily applies to his situation. Details about the legal circumstances surrounding Kouwenhoven emerged during a virtual sitting of the Western Cape High Court on Tuesday.

These proceedings link back to February when it was ruled in the Cape Town Magistrates’ Court that he would not be extradited because South Africa’s Extradition Act only allowed for someone to be extradited if the alleged offences were committed within the state wanting the extradition approved.

In other words, the Netherlands could not have him extradited because the alleged crimes had occurred in Liberia.

Kouwenhoven was satisfied with this and his legal team believed the magistrate had applied the Extradition Act correctly.

But the Western Cape’s Director of Public Prosecutions pushed ahead with an appeal against the magistrates’ court decision and Kouwenhoven’s legal team brought a review of the state’s right to appeal in extradition matters.

During Tuesday’s proceedings, hours were spent discussing the different interpretations of the Extradition Act and a section of the Criminal Procedure Act. The matter of jurisdiction was also discussed in-depth.

Advocate Anton Katz, SC, on behalf of Kouwenhoven, referred to a section of the Criminal Procedure Act that related to an appeal from a lower court by a prosecutor and having to do with “criminal proceedings”.

He said this section “does not apply to extradition inquiries held under the Extradition Act”.

Another advocate on Kouwenhoven’s legal team, Michael Bishop, said they believed the magistrate’s decision was correct in that Kouwenhoven could not be extradited to the Netherlands as the relevant crimes had not occurred there, within the territory of the party requesting his extradition.

He said South Africa primarily followed the “approach of territorial jurisdiction” – whereby a state acted in relation to crimes committed in its own territory. The prosecution’s stance, Bishop argued, was not consistent with the text of the Extradition Act.

Judge Owen Rogers, however, pointed out that the Extradition Act seemed to focus on the nature of offences and not necessarily where these were committed.

Bishop said that Kouwenhoven’s legal team was not under the impression that South Africa would not extradite war criminals.

He said it would extradite to the country where a war criminal committed offences, or when a matter involved the International Criminal Court.

Rogers asked how this applied to a criminal who was already convicted, and Bishop replied that the rule of double jeopardy did not apply to different prosecutions in different states.

It was not immediately clear how South Africa fitted into this arena.

But Rogers said there seemed to be “very little authority” on double jeopardy around the world and that perhaps different states applied different strategies.

He said the law was unclear on whether Kouwenhoven could be tried in South Africa or Liberia and while practically this could happen, it was not clear if it could be done legally.

Earlier, Rogers had asked the state’s representative about double jeopardy and whether it would prevent Kouwenhoven from being tried in South Africa or Liberia.

Kouwenhoven was arrested in Cape Town in 2017. He has stayed in upmarket suburbs in the city, including Bantry Bay, and is no longer in custody. His legal issues, stemming from the Netherlands and linking to South Africa, date back to around 2005 when criminal proceedings against him had commenced – these issues overlapped with his time in Cape Town.

Advocate Christopher Burke, for the state and who was pushing for the appeal against the magistrates’ court decision to proceed, said he thought this would indeed be the case.

“Doubly jeopardy would suggest you can’t be convicted on the same facts by a different court,” he said.

Burke referred to a section of the Geneva Convention Relative to the Protection of Civilian Persons in Time of War, which he said gave South Africa the choice to extradite or try Kouwenhoven.

He said if South Africa did neither, it would fall foul of its international treaty duty.

Burke pointed out that the lives of the victims of crimes Kouwenhoven had committed should also matter. It could not be accepted, he said, that “because the poor victims don’t happen to be in South Africa they just don’t matter”.

Burke effectively stated that a convicted war criminal should not be protected by an incorrect interpretation of the Extradition Act and that legislation in this regard was not meant to contribute to South Africa being a safe haven for international fugitives.

Judgment in this matter – the state’s push against the magistrates’ court decision, which was linked to the defence’s review of the state’s right to appeal in extradition matters – was reserved.

Kouwenhoven was arrested in Cape Town in 2017. He has stayed in upmarket suburbs in the city, including Bantry Bay, and is no longer in custody. His legal issues, stemming from the Netherlands and linking to South Africa, date back to around 2005 when criminal proceedings against him had commenced – these issues overlapped with his time in Cape Town.

Court papers, focused on Kouwenhoven and relating to an attempt by him to set aside a decision in South Africa to issue an arrest warrant against him, said: “On 21 April 2017 he was ultimately convicted by the Court of Appeal in Den Bosch of two broad categories of offences: (a) co-perpetrating the illegal supply of weapons to the regime of Charles Taylor (the erstwhile president of Liberia) during the period 2001 to 2003 which are contraventions of the Dutch Sanctions Act, 1977; and (b) participating in war crimes committed by Liberian forces and/or members of the Liberian militia during the period 2000 to 2002, in armed conflict between Liberia and Guinea.”

Kouwenhoven was sentenced to 19 years in jail.

His legal representative Gary Eisenberg previously told Daily Maverick this case was under appeal in the European Court of Human Rights.

In November it emerged that Home Affairs had withdrawn Kouwenhoven’s visa and had declared him an undesirable person in South Africa. This was after the Southern African Litigation Centre approached the Western Cape High Court in 2019 to challenge the granting of his visa.

Even though he has been declared undesirable, Kouwenhoven cannot simply be deported as he is at the centre of legal issues in South Africa that still need to be concluded.

He could also institute further legal action in response to the state’s stance against him. DM