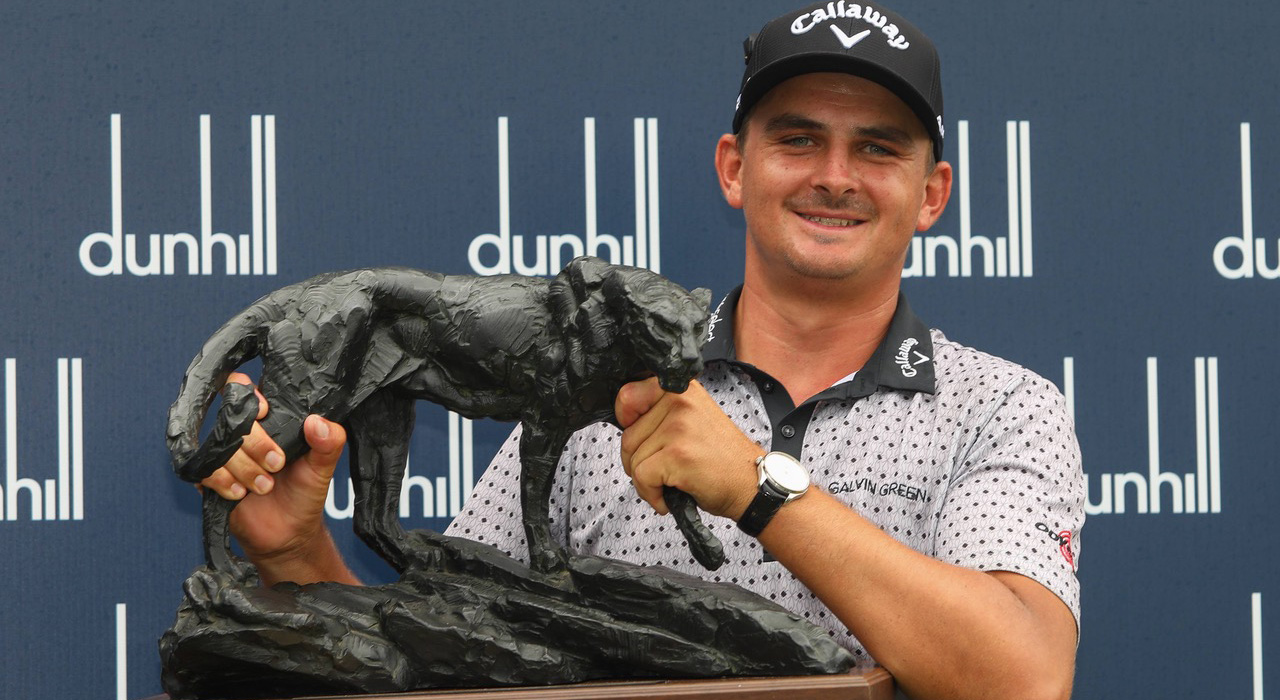 Christiaan Bezuidenhout’s rise to professional golf’s winners’ circle is a path few have taken – from nervous system issues and anxiety caused by inadvertently drinking rat poison, to a ban for taking beta blockers – his road has been different.

On Sunday though, the outwardly phlegmatic Bezuidenhout carded a three-under 69, to win the Alfred Dunhill Championship at Leopard Creek by four shots from a quartet of players. It was his second European Tour win following his 2019 victory at the Estrella Damm NA Andalucía Masters at Valderrama.

He also won the Dimension Data Pro-Am on the Sunshine Tour in February and competed at his first Masters tournament earlier this month, where he ended in a respectable tie for 38th. He will edge closer to breaking into the top 50 on the rankings after starting the tournament ranked 61 in the world.

As all the contenders faltered under the pressure of seeking their maiden wins on tour, it was the relatively experienced 26-year-old who held his nerve.

As the field fell away one by one in the tough, windy conditions, Bezuidenhout played a flawless back nine, shooting 34 on the inward half.

The home favourite entered the final day three shots off the lead and despite making a double and a bogey on the front nine to turn in 35, he had trimmed that gap to one at the turn.

As the rest of the leading contenders fought for their maiden victories, Bezuidenhout then used all of his experience to card three birdies on the way home to finish at 14-under, four clear of England’s Richard Bland, American Sean Crocker, Poland’s Adrian Meronk and South African Jayden Schaper.

“It’s incredible,” Bezuidenhout said after the round. “This tournament has been close to my heart since I played it for the first time. It’s always been a tournament I wanted to win and to pull it off today is really, really special to me.

“I’m proud of myself to stick in there and to have pulled it off round here. I played with Louis [Oosthuizen] and Charl [Schwartzel] in a practice round at the Masters and they said you can’t play this course the way you played it with the previous grass on it. I never thought of it that way and I just came here with a different frame of mind and I played it like it’s playing now – firm and fast.”

Bezuidenhout speaks with a slight stutter, a legacy of mistakenly drinking rat poison as a toddler, which caused some damage to his developing nervous system.

“I was two-and-a-half years old and I was playing outside when I picked up a random Coke bottle, I took a drink of it thinking it was indeed Coke; however, it actually contained rat poison. It was a moment which would change my life forever,” Bezuidenhout explained in a blog he wrote.

“As a result of that moment of naivety I almost died. The hospital had to pump my stomach to get rid of all the poison, but the poison affected the whole nervous system, and one of the long-term effects of this led to me having a stutter. That stutter would eventually lead me to develop a severe case of anxiety.

“I was diagnosed with anxiety by my doctor when I was four years old. This led to me becoming very introverted and depressed. Over the past four or five years it has slowly started to improve and I have felt more self-confident when speaking in front of people, but in previous years I would withdraw myself from everything and everyone.

“I was basically just living in my own world because I was always scared of having to engage in conversation with my stutter. When I talked to people, I knew I would struggle and it would take time for me to deliver my words, so I always had a fear of answering the phone, saying my name or being asked a question.

“I would always withdraw myself from a group because I feared speaking to them. My psychologist helped me a lot to get over that fear and get a lot more self-confidence to put myself out there. Unfortunately, there is nothing you can do to get rid of a stammer – you just have to learn to adapt and work with the stammer to control it the best you can.

“During my junior days, I used to dread public speaking which was a requirement when you won a tournament. It is a massive thing for me to have that self-confidence now to be able to stand in front of 100 people and to talk. I went to a psychologist when I was 14 and we worked on how to work with my stutter to be able to have enough confidence to talk in public situations.

“She gave me beta blockers, a medication which helps reduce your blood pressure and helps to treat anxiety. I used the medication for seven years during my amateur days which helped me become more confident and enjoy my life again.”

On top of the issues with his stammer and anxiety, Bezuidenhout had the added angst of testing positive for those beta blockers in 2014. He admitted he had taken them, and his explanation that they were prescribed as a way of dealing with his stammer was not enough to avoid suspension.

At the 2014 British Amateur Championship at Royal Portrush, the then 20-year-old was selected for random drug testing.

“I wrote the medication down on the form prior to the drugs test, making no secret of the fact I was using it,” Bezuidenhout said.

“Two months later I was back home practising for the Eisenhower Trophy where I would be representing South Africa when one afternoon my dad phoned me to tell me I needed to come home immediately. I drove straight from practice and he broke the news to me that I had been suspended. I just broke down.

“It was awful. I had spent my whole amateur career working to get into that Eisenhower side to represent my nation, it was a huge goal of mine to be selected in the team. To be told two days before the event that I couldn’t go because of a two-year drugs ban was simply too much for me to take in. It felt like my life was over.

“The worst part of it all were all the stories that came out from people in the golf industry and supposed close friends back home. I was accused of using it to better my performances, which really hurt me and my family.

“A lot of nasty things were said and I was known as the guy banned from golf for a drug-related incident. I was aware of how labels like that are hard to shake off and I reached a very low point in my life, I was banned from playing the only thing in the world I loved, the game of golf. I was inconsolable.

“After what seemed like the darkest period of my life I had a hearing and they reduced my sentence from two years to nine months after confirming that I had not used the drug for any performance-enhancing benefits. They were the longest nine months of my life, however I eventually turned this into energy to help me come back stronger.”

And just as he has learned to control the golf ball and his nerves under pressure, Bezuidenhout has developed a more confident approach in front of the media and public. Which is probably a good thing, because he is likely to have to make more winner’s speeches in future. DM