Time to tackle violence against women in Mali 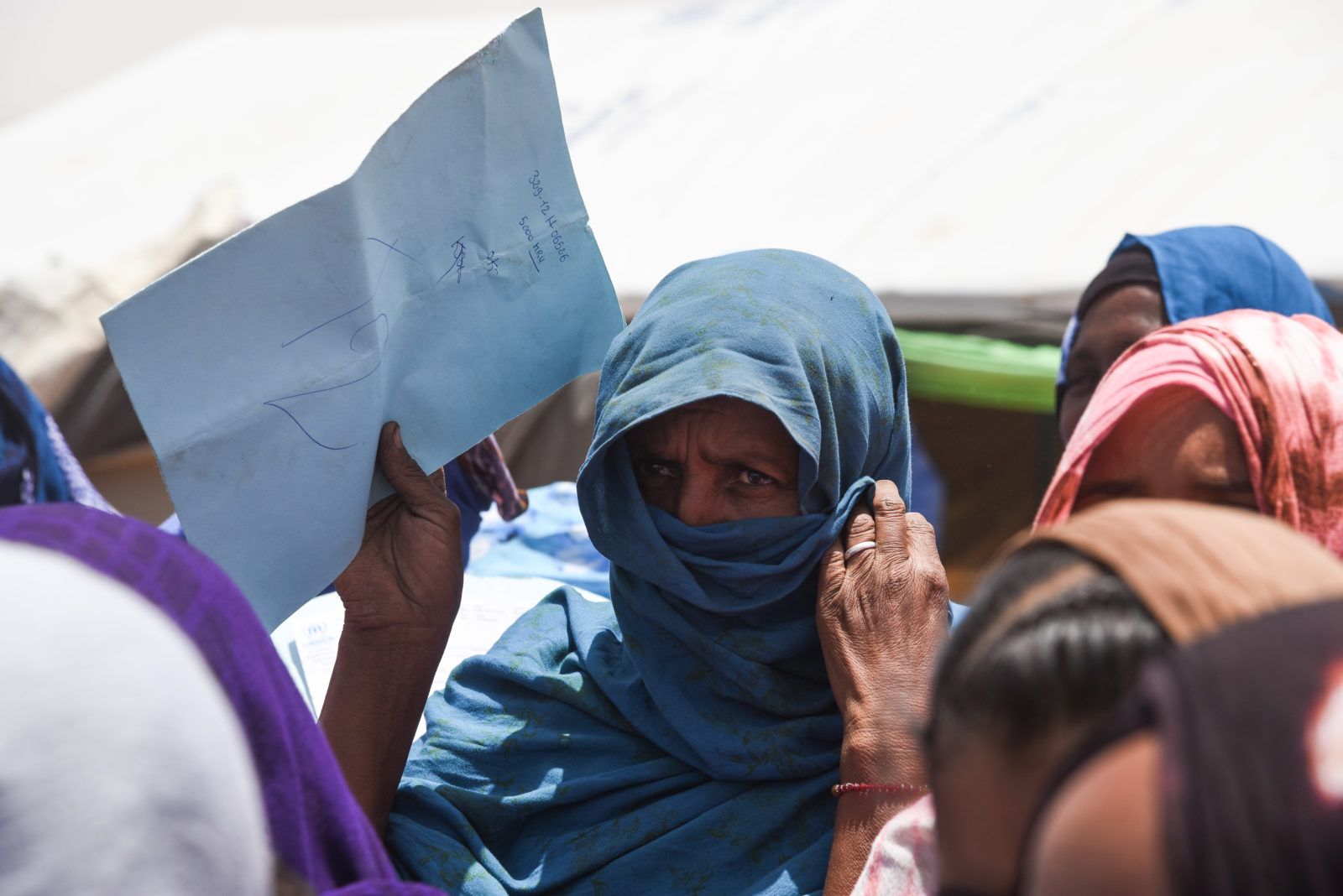 Malian women from Koygouma who had to flee the conflict in 2013 gather to greet the United Nations High Commissioner for Refugees (UNHCR) and United Nations Multidimensional Integrated Stabilization Mission in Mali (MINUSMA) delegation in the Timbuktu Region of Mali 06 May 2019. (issued 09 May 2019) This visit follows the repatriation of 2086 Malian refugees from the Mbera camp in Mauritania in April who had to flee conflict in 2013. Vehicles from the High Council for Azawad Unity (HCUA) also came to secure the area. In Koygouma the HCUA member of the Coordination of Azawad movements (CMA) is very present. This rebel group that signed the Algiers peace agreement mainly composed of Ansar Dine dissidents is often criticised for its double game with Ansar Dine jihadists and its proximity to Iyad Ag Ghali. EPA-EFE/NICOLAS REMENE

The transition period in this West African country could set the tone for new norms future governments could live by.

On 26 September, hundreds of Malian women and some men rallied in the capital Bamako to protest against the trivialisation of violence against women. This was prompted by the revelation on social media of alleged intimate partner abuse involving a famous Malian artist.

The story broke just two months before the 25 November annual international day for the elimination of violence against women. The case, now pending in court, sheds light on a society-wide problem that’s often silenced by deeply entrenched social norms and religious discourse.

Fear on the part of the political elite to confront the divisive issue makes matters worse.

Official figures on violence against women are hard to find in Mali – even more so specific numbers on domestic and intimate partner violence. The country’s statistical capacities are generally weak, but this also indicates the low priority given to issues affecting women, especially gender-based violence.

The little data that is available, including through humanitarian protection monitoring mechanisms, emphasises conflict-related sexual and gender-based violence. This should be tracked and addressed as Mali struggles with a multidimensional crisis in its central and northern regions.

But violence against women goes beyond this conflict.

In a 2017 interview, then chair of the national chapter of Women in Law and Development in Africa, Bouaré Bintou Founé Samaké, said 85% of the violence against women cases the organisation documented occurred in family settings.

Samaké now heads the ministry in charge of women’s affairs in the transitional government, which opens new possibilities for action.

A 2018 National Institute of Statistics demographic and health survey showed that one in two Malian women aged 15 to 49 had suffered acts of physical or sexual violence.

The same proportion faces emotional, physical and/or sexual abuse in the context of relationship break-ups.

The survey also found that 79% of women and 47% of men considered physical violence by a man against his female partner to be normal and justifiable.

Women’s organisations have been vocal about the widespread nature of violence against women. But despite their repeated appeals for reforms, there’s been little progress towards improving the country’s framework to protect women’s lives and rights.

A 2019 draft law opposing violence against women proposed by women’s and other civil society organisations wasn’t adopted, partly due to pressure by powerful religious groups. To many, this felt like déjà-vu: in 2009 the National Assembly of Mali had passed a Family Law that leaned towards improving women’s rights and advancing gender equality.

But this law was never enacted by the executive.

Pressure from religious groups led the administration of then president Amadou Toumani Touré to send the text back to parliament. The version signed by the executive two years later removed all progressive dispositions for women’s rights.

The September 2020 protest revived an old conversation on societal factors excusing violence against women, and the legal vacuum protecting perpetrators. This created an opportunity for transition authorities to do the right thing.

On 1 October, the Transition Charter was released, setting out the steps and priorities of the 18-month transition following the August coup.

Given the complexity of the crisis and the limited timeframe, choices had to be made, and gender inequality wasn’t included in the charter’s six priority areas.

Nonetheless, by enacting long-overdue policies and laws that improve the safety of millions of women and girls, reform can be achieved during the transition.

Political courage will be needed to carry an agenda of social justice and women’s rights in a country where this routinely triggers resistance by powerful conservative forces.

In October, the appointment of an 84% male transitional government by an all-male leadership was met with criticism. It fell short of the obligation in a 2015 law to include at least 30% of each sex in any nominations for public office.

The backlash led to the transitional government making the inclusion of women a requirement for all groups to be represented in the National Transitional Council.

The council will probably involve a higher proportion of women than any previous legislature in Mali’s history. This creates a unique opportunity to raise issues affecting women on the national agenda.

However, more women in the legislature won’t necessarily translate into greater gender equality in the country’s laws. These women will need to drive a violence against women agenda which calls for a clear sense of purpose, determination and support from women’s organisations and male allies in and outside government.

Without a specific law on violence against women, victims have few options to seek justice, especially as society stigmatises those who speak up. There is also nothing to deter perpetrators.

Passing a law would help fight impunity, but it won’t be enough.

Effective implementation must follow, including in often-overlooked rural areas. Women will need to be made aware of their rights, and political leadership and drive will be essential to getting justice and security personnel on board.

This will take profound mindset changes in institutional cultures that have minimised violence against women as a ‘private’ issue.

Such shifts are only possible if political commitment to improve the safety, status and overall conditions of women remains high.

The transition period could set the tone and create a new norm for subsequent governments to live by.

Transitional authorities should champion the agenda for better representation of women in all areas of public service. This means observing the 30% minimum requirement in appointments during the transition and paving the way for it to be mandatory in the revised electoral framework.

It means reviewing public administration recruitment practices to increase the presence of women and offer them better career prospects.

Measures are also needed to improve girls’ access to advanced education that prepares them for leadership positions.

Addressing violence against women in Mali will require more than a law.

Society’s views on women need to change and the structural power imbalances between women and men must be rectified.

To achieve this, girls need better access to education, and women need income-generating opportunities and representation in all areas of public and private sectors, including leadership. DM

This article was produced with support from the UK Conflict, Stability and Security Fund, and the Hanns Seidel Foundation.