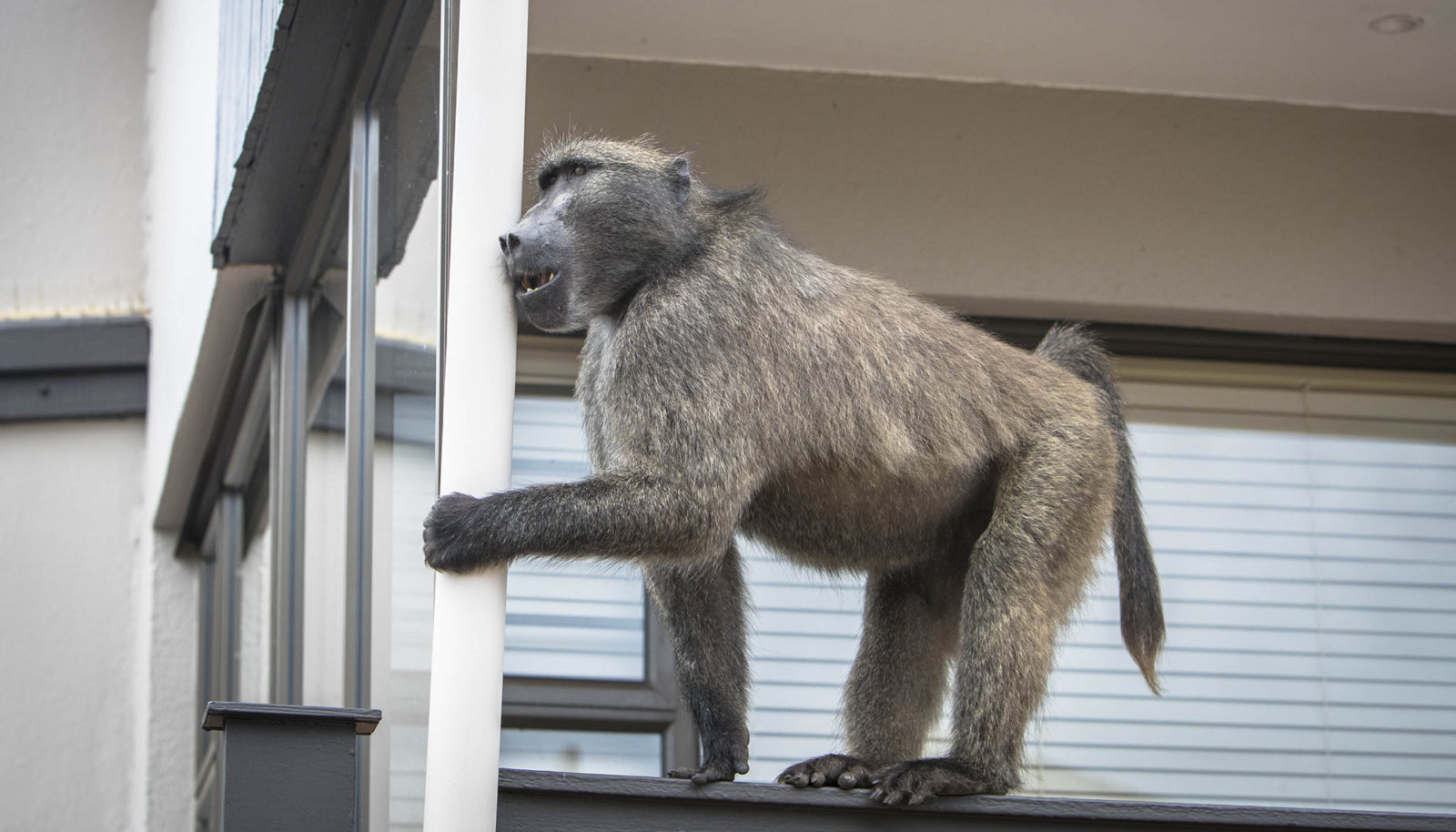 Kataza leans against a down pipe before entering an unsuspecting residents home whose door was open on the unusually hot day. ALL PHOTOS BY ALAN VAN GYSEN

The chacma baboon troop was relocated in the Deep South of Cape Town to Slangkop mountain above Kommetjie earlier this year. Since then, news headlines and social media feeds have been awash with increasingly polarising opinions for and against baboons living on the fringe of and within the urban space.

On top of this, SK11, otherwise known as Kataza, was removed and relocated to Tokai by the City of Cape Town, only to be returned to Kommetjie last week following court action. How has Kataza’s return gone? What has he been up to? Is he mingling with the rest of the troop? How is he fitting back in the Deep South… Can we all get along?

All photos by ALAN VAN GYSEN.