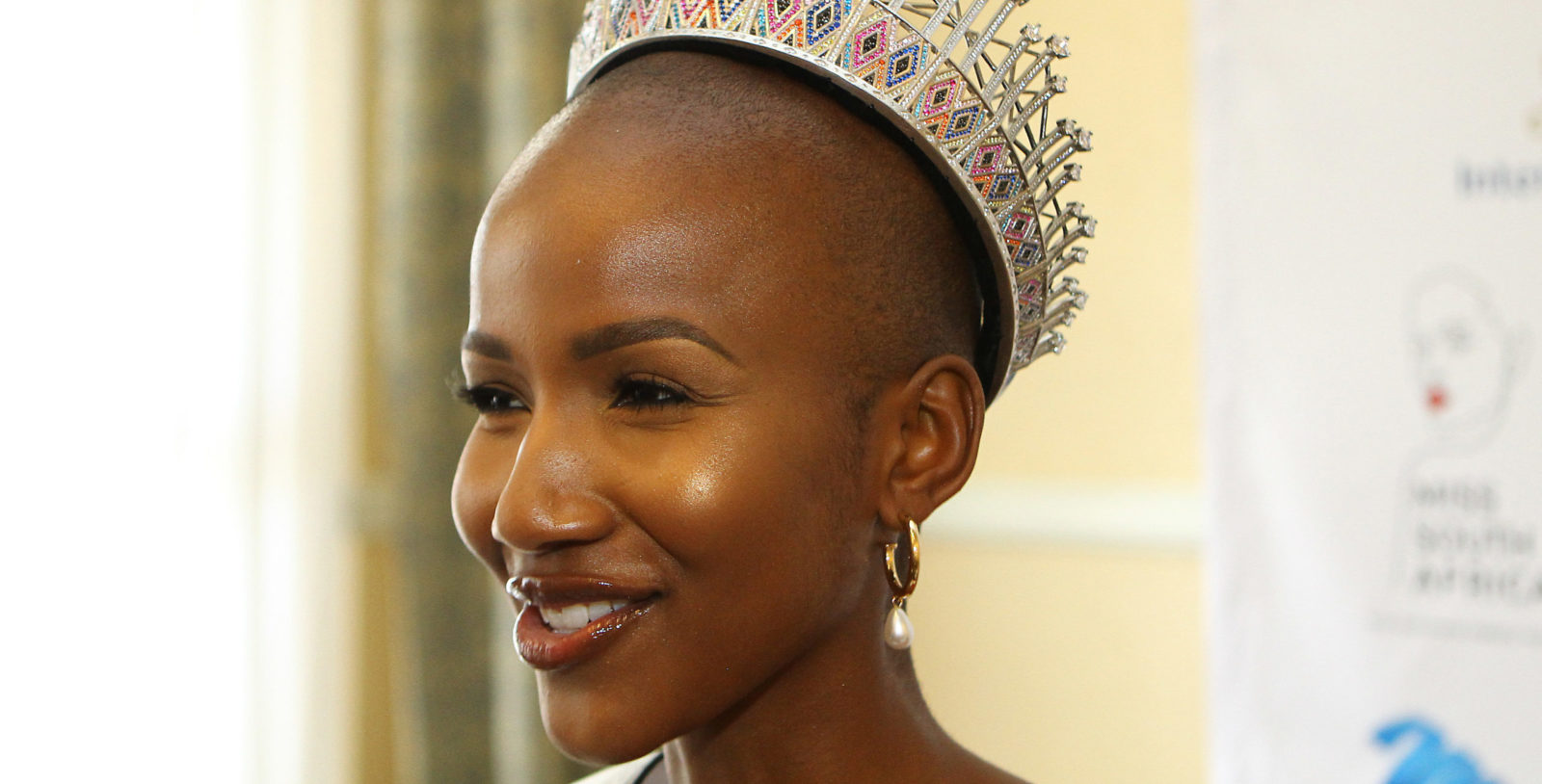 Anything less than a celebration of Shudufhadzo Musida and her reign is a denigration of her dreams.

Ever so regularly, we South Africans display such moral offensiveness that it’s obvious how highly we continue to think of ourselves. From xenophobia and racism to various other intolerances, we are a society that regularly lets itself down. It has been three weeks since Shudufhadzo Musida was crowned our latest Miss South Africa, but it doubtless has felt longer for her and her supporters after the consternation her triumph has caused.

So spiteful have the reactions to her win been, she might be wondering how it is that she comes from the same country as reigning Miss Universe, Zozibini Tunzi, who, minutes before beating out Miss Mexico and Miss Puerto Rico in December last year, told millions of viewers: “I grew up in a world where a woman who looks like me, with my kind of skin and my kind of hair, was never considered to be beautiful. I think that it is time that that stops today. We should be given every opportunity, and that is what we should be teaching these young girls: to take up space. Nothing is as important as taking up space in society and cementing yourself.”

She was feted by the international and local media, and set social media abuzz, with her speech inspiring innumerable reposts.

But Musida, her Miss SA successor, appears to have given rise to tribalists and body shamers who, as if they are body-image gatekeepers upset by her confidence, have spurned her in turn.

The 24-year-old – who comes from Ha-Masia in Limpopo and has a Bachelor of Social Sciences from the University of Pretoria, and is currently pursuing an honours degree in international relations at Wits – has been on a homecoming tour.

Pockets of people – admittedly, most of whom are bigoted trolls roaming social media – have torn into her over her looks and background. Her curves. Her chiskop. Her height. Her skin tone.

Typically, South Africa is a country where people go from dismissing the importance and influence of beauty pageants because the winner is not made in the image of what we have been taught a beauty queen looks like (Sasha-Lee Laurel Olivier), to celebrating Tunzi, who chose to not conform to outdated image standards and insisted on rocking her natural hair.

It’s almost as though some people were happy to embrace Tunzi only after she earned international public approval. The Miss Universe title not only reflected us glowingly, but perhaps restored our pomposity. It’s as though Musida is being seen as an undoing of that.

Perhaps, more confounding, is the number of women who have expressed their disapproval of Musida’s appearance. It invalidates the message people were all so ready to embrace when it was delivered by Tunzi.

The job of a successor to the crown is to build on the foundations laid by the predecessor. Her job is to be our representative, while ours is to support her.

When Jacqui Mofokeng was crowned the first black Miss South Africa in 1993, reports then said Mofokeng’s win was criticised as “blackwashing”, radio stations were inundated with calls from white listeners who slammed her for having “a big bum”, “ugly teeth”, or being a teenage mother. When she was pilloried by some sections of the public, black South Africans came out to fight for her – they would not stand for an attack on one of their own.

Mofokeng had to provide reasons for her victory as though she had picked herself to win.

“I know that it’s [Miss SA pageant] mainly followed by white people, so I understand what happened,” Mofokeng was quoted as saying. “The reason for the outcry was that I was black and many didn’t believe I could carry out the job so well, being a black girl. Plus you have a lot of ignorance about black people.”

It’s doubtless she paved the way for her successor: Basetsana Makgalemele (later Kumalo) won in 1994, and Kerishnie Naicker in 1997. Heck, the same happened to Vanessa Williams when she became the first black woman to be named Miss America. She crashed the party. In the process, even if unintentionally, their wins elicited discourse over race and representation.

Alas, debates over beauty standards rage on in the build-up to and aftermath, of each pageant.

While being her own woman, Musida should make the perfect inheritor of the crown, if only to continue a conversation that Tunzi put back on centre stage.

“Before this competition started, I had dreamed of helping women and children, and this platform has made that a reality even before the crown was placed on my head,” Musida said during her crowning.

“This platform has not only empowered me, but it has caused a ripple effect that has empowered others too. It has empowered a nation of girls just like me, and shows that all dreams are valid irrespective of your background. My life has been changed forever and the lives of the generations that come after me, so for that – Ndo livhuwa.”

What we want for young people is for them to continue to aspire to positions of influence – whether they wear a weave or prefer to go bald, whether they speak isiZulu or Xitsonga, and regardless of their skin colour or waist size.

This time last year, we were celebrating that, for the first time in the history of beauty pageants, all five major title holders – Miss Universe, Miss World, Miss America, Miss USA and Miss Teen USA – were black women.

Anything less than a celebration of Shudufhadzo Musida and her reign is a denigration of her dreams, and is the last thing we should be teaching young people. DM168 for the first time in the history of beauty pageants, all five major title holders – Miss Universe, Miss World, Miss America, Miss USA and Miss Teen USA – were black women.

Anything less than a celebration of Shudufhadzo Musida and her reign is a denigration of her dreams, and is the last thing we should be teaching young people. DM168

What’s cooking today: Preserving and bottling your own olives