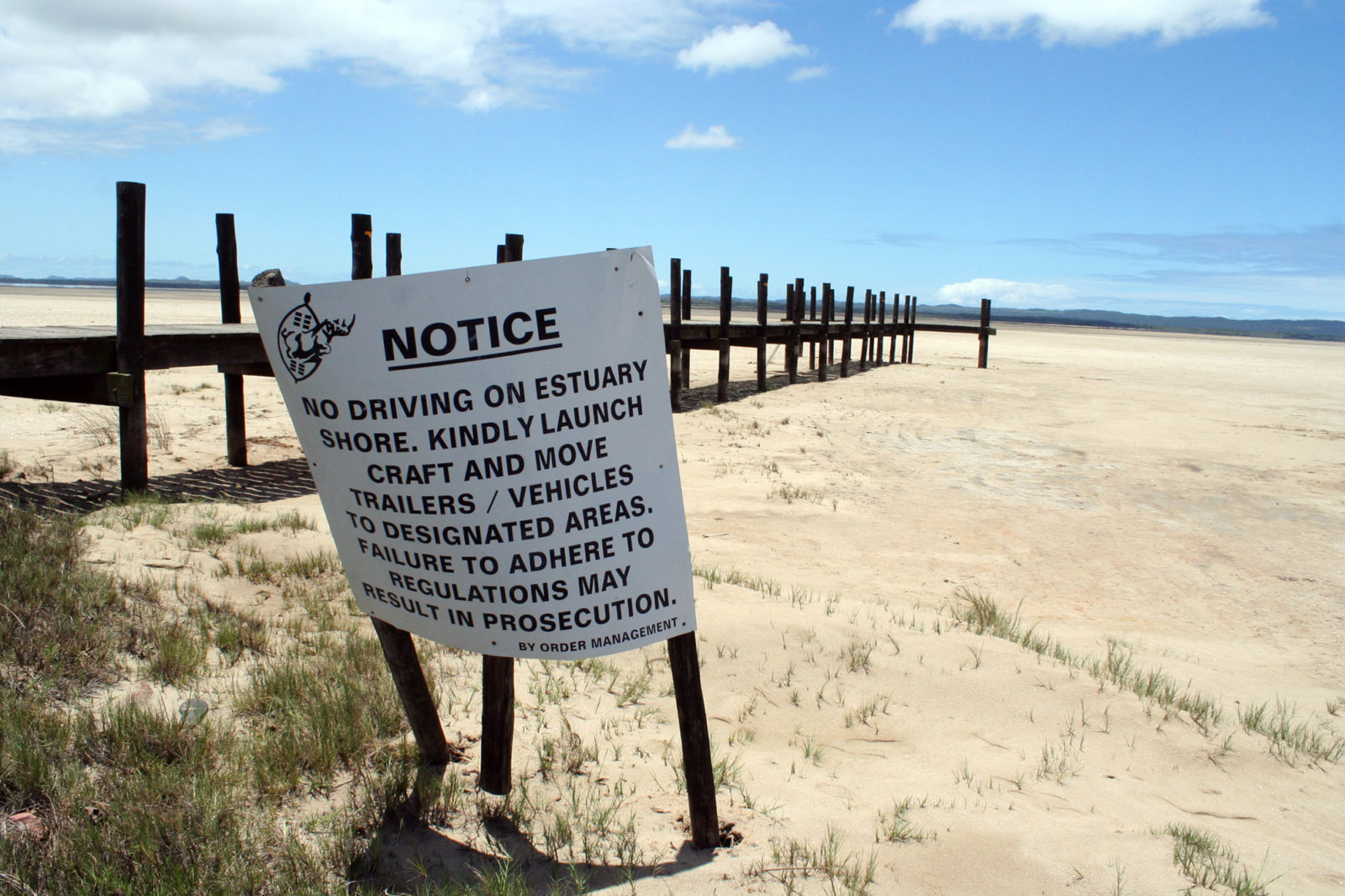 Lake St Lucia is the heart of the country’s first World Heritage Site, a natural paradise with the potential to rival Kruger National Park and the Okavango as a tourist destination. But local farmers, tourism operators, fishermen and other interest groups are now pushing for a quick-fix solution that threatens to undo decades of conservation work, including a multimillion-rand World Bank project to restore the lake’s depleted water levels and ecology.

Choking up with emotion at times, scientist Nicolette Forbes took to Zoom last week to urge critics to allow nature – not bulldozers – to heal Lake St Lucia, the largest estuarine lake in South Africa and symbolic battleground between developers and conservationists.

Forbes gave the webinar presentation to members and guests of the Port Natal branch of BirdLife in response to growing concerns about media releases and Facebook posts calling for the mouth to be bulldozed.

This expansive shallow-water lake at the core of the iSimangaliso Wetland Park is best known for the titanic clash between conservationists and Richards Bay Minerals during the early 1990s, which led to the historic decision by the newly elected ANC government to prohibit mining and to protect it as South Africa’s first World Heritage site.

But, behind the scenes, there was another problem to be resolved. The lake had been starved of its main water source for many decades largely due to pressure from sugar farmers who began ploughing the fertile soils of the uMfolozi River floodplain just after World War 1.

As the farmers soon discovered, the power of water rarely respects human interference – least of all when fields are dug in or adjacent to one of South Africa’s largest river floodplains.

As a result, several farmers had to build homes on the high-lying ground while they set about draining the surrounding marshland. Over the years, they also changed the meandering path of the river into a new straight-line canal and piled up sandbanks to further reduce flood risk.

There were also other powerful forces of nature at play that complicated things further. At the direct interface between the river and the Indian Ocean, piles of sands and sediment would build up at times, blocking the estuary mouth.

These skirmishes between man and nature continued for many decades until a new “solution” was found in the early 1950s, when the former Natal Parks Board was persuaded not only to break open the estuary mouth but also to divert the natural course of the uMfolozi further south.

It was a bit like removing the rubber plug from an overflowing bathtub. Voila! As the sand bar at the river mouth was breached artificially, water came whooshing out and the flood risk subsided. This helped the farmers, but it spelled near disaster for the lake and its complex ecological cycles.

Overnight, the lake was separated from a river that had hitherto provided almost 60% of its freshwater, says Forbes, an estuarine scientist who has been closely involved in a multimillion estuary restoration project that included at least R40-million of finance from the World’s Bank Global Environment Facility.

While the breached mouth allowed sea water – and sea fishes – to flow into the lake, it also pushed up the salinity to dangerous levels at times due to drought and the reduced fresh water flows from the iMolozi and other smaller rivers.

In a bold move in 2011, a series of 14expert studies endorsed a decision to revert to natural processes by relinking the uMfolozi River to Lake St Lucia.

Outlining the reasons for this decision, the scientists wrote: “The separation of the uMfolozi from St Lucia in the early 1950s resulted in a major change in the way that the lake functioned. Only now are we beginning to see and experience the full implications of that separation for the wellbeing of the ecosystem, with the lake virtually drying out completely for the first time in living memory.”

From 2014 St Lucia dried up again almost completely, killing most of the fish and dividing the shallow water body into a series of puddles.

But when the iSimangaliso Wetland Authority secured funding to dig away millions of tons of sand to relink the uMfolozi to the lake, the farmers went to court, arguing that their livelihoods were threatened.

Finally, in 2017, after a lengthy court case with expert evidence presented by both sides, Durban High Court judge Mohini Moodley dismissed the legal application by the Umfolozi Sugar Planters Limited who wanted bulldozers to continue to open the mouth of the uMfolozi River whenever rising river water threatened cane fields.

In her landmark ruling, Judge Moodley ruled strongly in defence of restoring nature, stating that she had not been persuaded by the farmers’ case. Their insistence on breaching the mouth reflected a “self-serving and dated perspective and a conscious lack of concern that environmental degradation runs contrary to Section 24 of the Constitution”.

The farmers lodged an appeal but the Supreme Court dismissed this in a unanimous decision in October 2018.

Two years later, however, pressure to bulldoze the mouth has re-emerged from a new coalition of voices under the banner of the Save St Lucia Estuary campaign, apparently spearheaded by Deon Steyn, general manager of the Elephant Lake Hotel in Mullet Street, St Lucia village.

In a media release circulated in mid-October, the group argued that the St Lucia estuary was now in a “critical condition” because the lake had remained sealed off from ocean almost permanently since 2002.

“The problem is a result of management decisions and human intervention, and the obvious solution – an artificial breach – is a tried and tested management technique successfully applied by Ezemvelo KZN Wildlife over decades.”

Steyn and his colleagues argue that “a healthy estuary is typically clean and mud-free thanks to the scouring effects of ocean tides”. But now it was “drowning in mud” after being relinked to the uMfolozi.

“This was a huge mistake and it cannot be understood how consultants, management and scientists allowed it to happen,” they argue.

“The problem is that there is simply no longer a functioning estuary. The unique estuarine features of Lake St Lucia have evaporated like dew before the morning sun, leaving an expanse of mud and reeds, and in some areas a much less diverse fresh-water lake.”

They suggest that unless the mouth is breached by bulldozers, the situation will threaten the local tourism industry as well as commercial sugar farmers.

Local fisherman Petrus Viviers has also posted an 11-minute YouTube video calling for the resumption of bulldozing to enable the return of “fresh marine water” to attract more sea fish species. He also wants to scrap the ban on 4×4 beach-driving in a bid to attract more domestic tourists and anglers who flocked to the resort village in the 1970s and 1980s when the mouth was artificially breached on a regular basis.

The iSimangaliso Wetland Authority has yet to respond formally to the recent calls for the mouth to be bulldozed. However, Forbes expressed her exasperation in a webinar last week about the latest drive for a resumption of artificial breaching.

Forbes, part of a team that has studied the ecology of Lake St Lucia and other local river estuaries for decades, said she was astonished that the latest resurgence of criticism came from people who did not seem to understand natural estuarine processes.

Forbes acknowledges that there are many local interest groups who would like to return to regular breaching and dredging, but these artificial management measures run counter to the dynamic natural processes critical to the long-term health of the estuary.

Over time, she says, the main lake alternated between fresh water and hypersaline conditions according to whether there were floods or drought. It was this constant and sometimes extreme flux between different states that ensured the diversity and resilience of the lake ecology.

“It moves backwards and forwards and there are no set states or timelines. It needs to be allowed to change.”

The closure of the mouth was also a natural part of the lake’s history. And while the uMfolozi had brought in large loads of sediment over the past three years, this river also formed the “powerstroke” that would eventually open the mouth naturally once sufficient levels of water had built up in the lake.

Despite the current criticism, Forbes believes that the restoration project over the past few years is “something that South Africa should be proud of”.

Forbes, who won a National Wetlands Award in 2017 for her role in the restoration project, recalls that: “It was the best of times and the worst of times – but it was a dream project to make something better again.

“We have now had nearly four years of change [towards a natural regime] and people are panicking – but a certain amount of patience is required after nearly 60 years [of artificial breaching and management]. Nature has a way of correcting things … so it is important to watch and wait.”

The big question, however, is whether short-term or long-term viewpoints will prevail in this latest episode in the lake’s long history. DM168 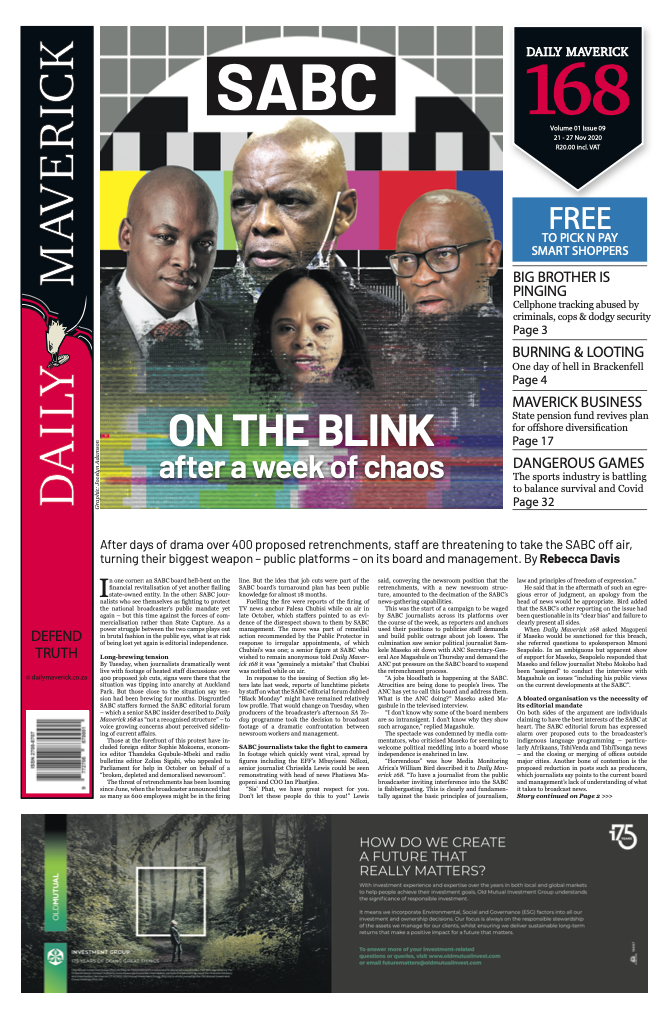