The African Union needs to flex its muscles on environm... 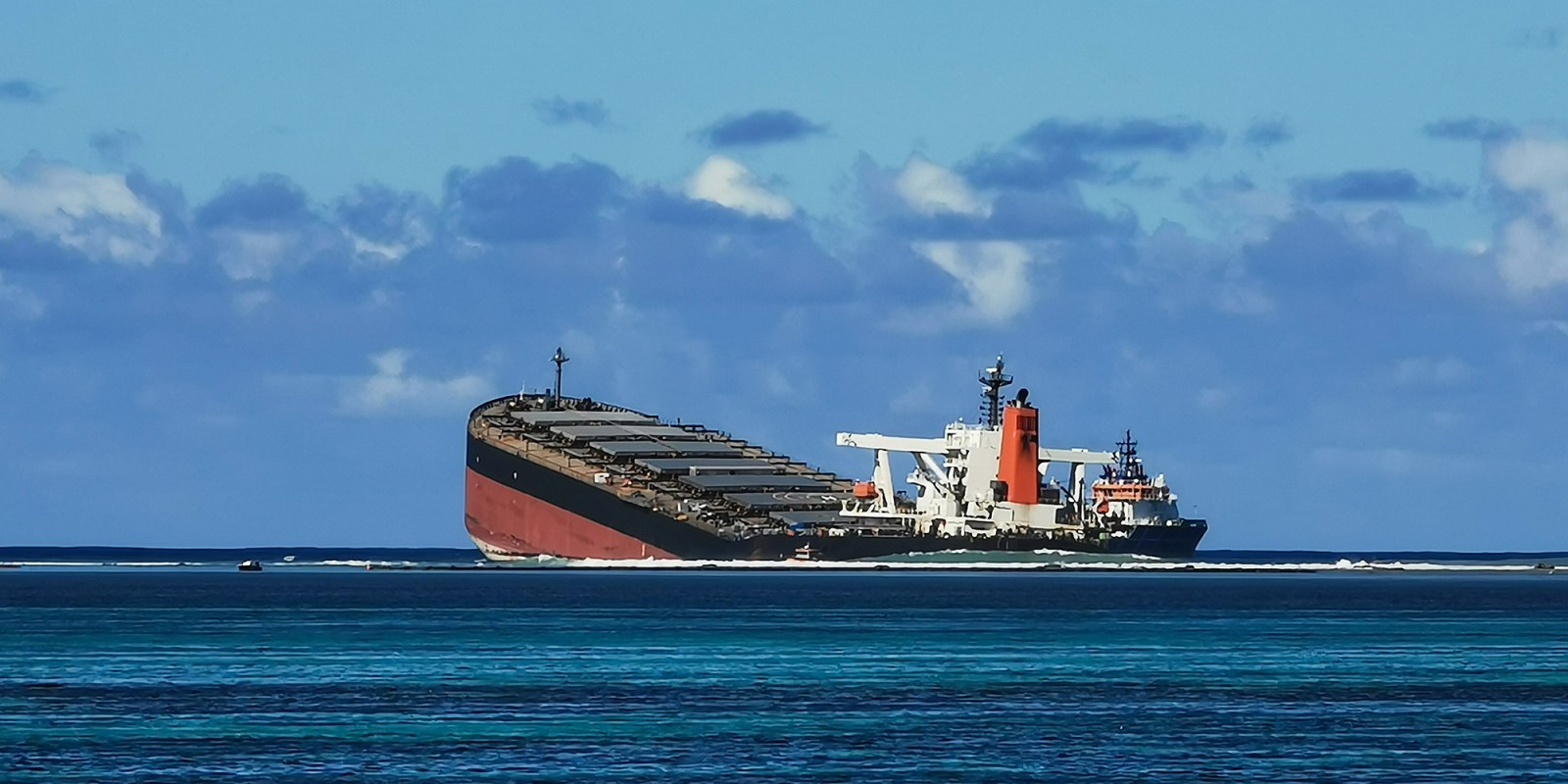 On 25 July 2020, the Japanese-flagged MV Wakashio hit a Mauritian coral reef, Pointe d’Esny, carrying 4,000 tons of fuel oil. Before it could be towed away from the wildlife sanctuary, 1,000 tons of fuel oil leaked, with disastrous consequences. The spill has again focused attention on the lack of accountability towards Africa’s environment. The African Union needs to beef up its enforcement regime.

The apt description of the recent Mauritius oil spill, as noted by Ajit Niranjan, is of “dead dolphins, wrecked reefs and blackened beaches”. Although the incident is a fraction of the global worst incidents of oil spills, the environmental impact is significant because it happened in an area rich in biodiversity, gravely affecting the environment and multiple socioeconomic rights.

Although Mauritius has benefited from multiple funding agencies and programmes on oil spill contingency planning, such as the International Maritime Organisation, the UN Environment Programme and the World Bank, their response in the aftermath of the accident has been far from adequate. This raises questions about the level of preparedness and response of African countries in the event of environmental disasters and their impact on human rights. Our recent research demonstrates that African Union law holds potential in addressing accidents such as this and other similar environmental crises on the continent.

Scholarship on human rights and the environment has gained prominence over the past three decades as scholars, practitioners and advocates examine how these distinctive areas of law interact and reinforce each other. However, most existing scholarship focuses on the Global North, with limited attention to the subject in the Global South, particularly Africa.

In the area of human rights and the environment, the African Union Constitutive Act has consolidated and advanced the framework for promoting and protecting human rights in Africa by giving it constitutional status, thereby making it binding on all member states.

It is of significance that at the African regional level, environmental rights are recognised as explicit treaty norms, with normative harmony with other rights and corresponding obligations. However, Africa continues to be characterised by, among other problems, resource exploitation, water pollution, loss of biodiversity and continuous degradation of the environment, with the latter having negative effects on human rights.

The emergence of climate change, globalisation and increased urbanisation are key factors contributing to Africa’s environmental challenges. Although Africa depends on the extraction of natural resources to foster economic growth and reduce poverty, extractive activities also contribute significantly to environmental damage on the continent.

The adoption of the African Charter on Human and People’s Rights (African Charter) thus recognised the interconnections between human rights and the environment, making it the first international treaty to recognise the right of people to “a general satisfactory environment favourable to their development” in article 24. The provision on the right to environment reflects the recognition that a satisfactory environment is significant for economic, social and cultural development as well as the realisation of other human rights in Africa.

The charter has been a basis upon which case law has been decided where environmental rights have been threatened.

In the case of Serac v Nigeria, a communication was brought to the African Commission as an actio popularis by the Social and Economic Rights Action Centre (Serac) and the Centre for Economic and Social Rights (CESR). According to that communication, the government of Nigeria had been involved in oil production through the state-owned Nigerian National Petroleum Company and the operations caused environmental contamination which led to health problems among the Ogoni people, an indigenous community in Nigeria.

Another case, which did not directly address the environmental right in the African Charter but provided insights on the notion of environmental standards in the context of African human rights law, was that of the African Commission on Human and People’s Rights v the Republic of Kenya. The case concerned a notice of eviction, issued by the Kenyan government to the Ogiek indigenous minority community of the Mau Forest. Even though it was based on the need to protect the Mau Forest, a valuable water catchment area, the Ogiek argued that their eviction would have extensive negative consequences for the political, social and economic survival of the community.

Initially brought for litigation in 2009, the case was eventually decided in 2017 and the court held that the government of Kenya had violated articles 1, 2, 8, 14, 17(2) and (3), 21 and 22 of the African Charter. Therefore, the government was ordered to “take all appropriate measures within a reasonable time frame to remedy all the violations established and to inform the court of the measures taken within six months from the date of the judgment”.

Globalisation’s negative domino effect in the agricultural, health and economic sectors, resulting from polluting industries in Africa, is another key policy focus area. Stringent guiding principles, regulatory policies and accountability mechanisms regarding extraction of resources and technical and financial support towards ensuring implementation of said principles and policies are fundamental.

Environmentally friendly operation methods are to be obligatory, coupled with the application of the polluter-pay principle towards the rehabilitation of current and envisioned negative impacts of operational negligence. These operational requirements and standards are to operate on a regional and local level to safeguard against predatory enterprises targeting African states with low legal environmental standards.

The compelling link between human rights and the environment, especially for Africa, has been highlighted by the African Charter. The African Commission and courts’ protection of infringed human and environmental rights has also signalled the interlinking of human rights, the environment and the economy, as well as social and cultural development.

The burden now falls on African states as single and joint parties to produce enforceable treaties and policies that will ensure not only Africa’s ability to tackle current environmental challenges, but also ensure the continent’s preparedness for new challenges and benefits. DM

Dr Michael Addaney is a lecturer in the Department of Planning and Sustainability at the University of Energy and Natural Resources, Sunyani, Ghana.

Thabang Ramakhula is a doctoral candidate with the Free State Centre for Human Rights of the University of the Free State, Bloemfontein, South Africa.