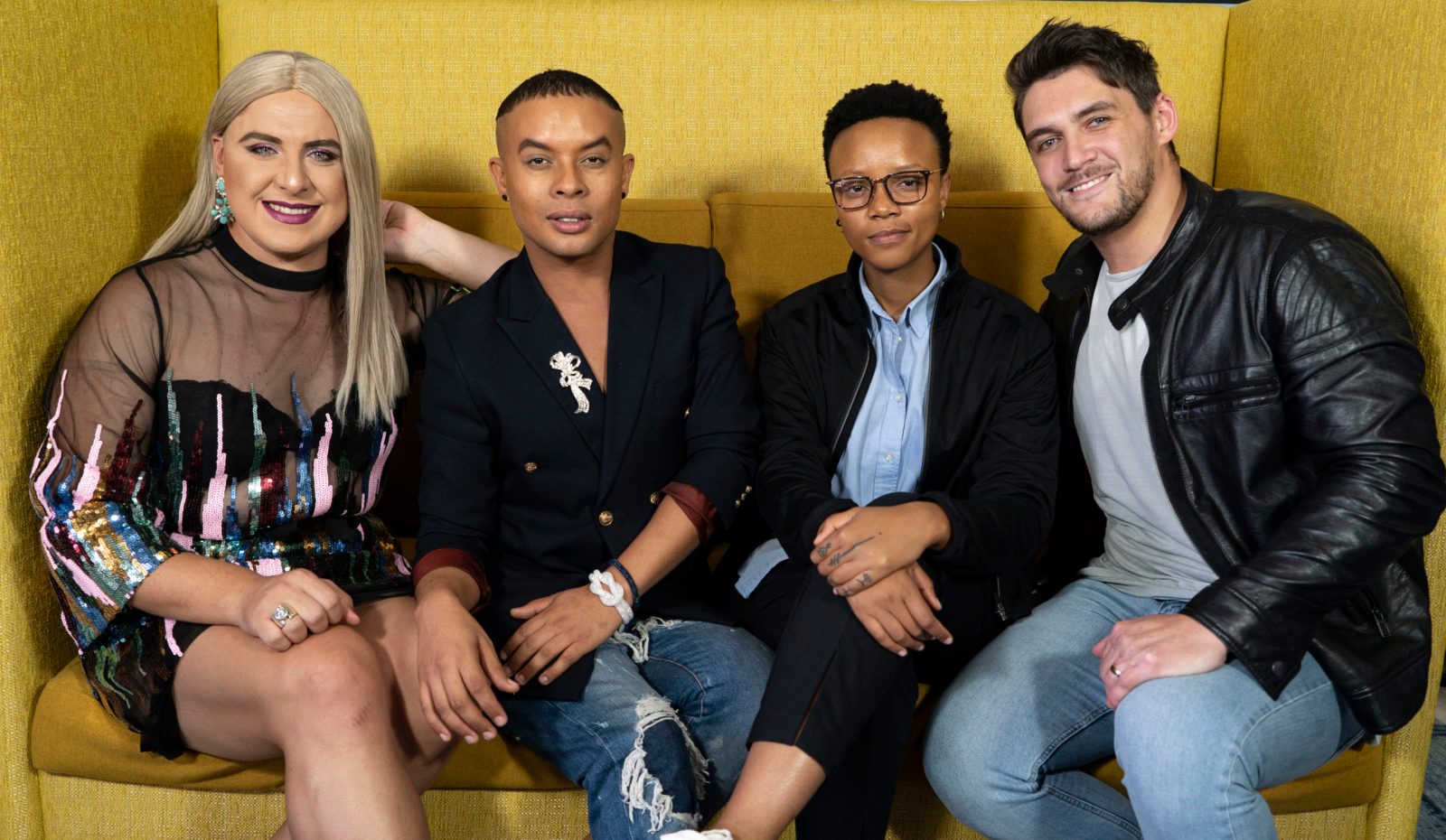 The web-series made for the South African queer community is changing views on LGBTQI+ issues through representation and vulnerability.

On We’re Queer My Dear (WQMD), a bi-weekly educational – and entertaining – web-series, a panel made of four young hosts, Shenay O’Brien, Tina Redman, Jaco Smith-Venter and Jodi Deerling, along with occasional guests, have important conversations on issues around religion, equality, homophobia, the South African trans experience and much, much more.

Created in late 2018, the concept for the show was sparked by a conversation between director Jennis-Williamson and producer O’Brien. O’Brien had heard a story about a trans child who died by suicide following a lack of acceptance from their parents and found it painful and difficult to believe that even in 2020, there was and still is an immense need for education and representation for the queer community.

Soon, she decided something needed to change and created WQMD with the initial aim of providing a “1, 2, 3 coming out guide for the LGBTQI+ community… To get educated and receive information and make information accessible so that people can live their life to the fullest”. A simple idea, but a crucial one – in fact, a report on the media’s relationship with queer stories from the Gay and Lesbian Archives (GALA) of South Africa noted that: “How media portrays groups such as the LGBTI sector influences what society thinks. Coverage that is negative, stereotypical or non-existent impacts on how these communities are viewed. Media has the ability to increase understanding or the power to re-enforce negative perceptions that contribute to discrimination.”

From then, she rallied people around her: first Redman, who jumped at the opportunity to join the show, especially because of her own experiences of growing up queer and struggling to find resources and media that represented her.

“I know when I was younger I so wanted shows like this. I so wanted people to tell me that it’s okay. I wanted to be educated about this but I just didn’t know where to get that kind of information”, she says.

Smith-Venter spoke to a similar motivation behind joining the show, saying “coming out in the early 2000’s there wasn’t really a platform that you could go to really get support from. You couldn’t go to the church, you couldn’t go to your parents, you couldn’t go to the school”; meanwhile, Deerling saw the need to provide information and, most importantly, much-needed representation. “People are unaware of how we all live in fear. There is constant fear that we as the queer community face and I don’t think it’s ever really brought up that it takes a brave person to literally be themselves.”

The show takes a personal and conversational approach in each episode, with the panelists and guests speaking from a place of experience and individual knowledge on each topic. While WQMD was never intended to be so personal, the panelists found that talking about such topics meant digging into their own life stories. “We know someone who’s experienced that, we’ve read about this, we’ve experienced it ourselves and because the show is such a safe space for us to share those things, it just became that,” says Redman.

There is no doubt that the power of the show lies in this vulnerability. In the demonstration of the guests and panelists to speak about their experiences, they personalise and solidify the queer experience for the viewers.

O’Brien adds: “We know, as we’re sitting here talking about bullying, someone experienced bullying today at school or in the workplace.”

The point however isn’t only to demonstrate hardship, but to show a way forward as well. “We can share a moment and what was our strength that got us through an experience, how did we deal with bullying, how did we deal with having our status revealed to us, what was it like for us… in the corporate realm,” says Deerling. O’Brien adds that they’re “showing people that when we talk about these experiences from our own point of view and what we’ve gone through is that we were not a victim of our circumstances. What happened to you does not define you”.

Guests have included Author Landa Mabenga – for an episode on being trans in South Africa; activist Wade Schraerer – for one dedicated to HIV and Aids; and actor Dihan Schoeman – for an episode on coming out while in school. With guests, the conversation not only broadens but also adds expertise and insight. “Not only are we learning from them but so is the public and they also see themselves represented … it’s not about us initially, it’s about all of us,” explains Redman.

“Somewhere, somehow along the line somebody is going to be able to relate to something someone said and it’s all about that knowing you’re not alone,” adds O’Brien.

That little sentence of ‘I accept you’. It has such an impact. I don’t think people always realise what change in your life that makes.

Indeed, each panelist has experienced a journey of self-discovery of sorts through working on the show and creating each episode, demonstrating that queerness, like all personal understanding, is not fixed. Human beings are complex and ever-changing. “I’m not always sure where I am or who I am,” says Smith-Venter.

“I’ve tapped more into knowledge of the queer environment so that I could now also educate myself. I think for a long time I might have been adhering to what I thought I was told… I’m tapping into realising there’s so much more to me,” shares Deerling.

The show started as a passion project presented on mambaonline.com, South Africa’s LGBTQIA+ news platform and WQMD’s exclusive media partner. Since then it has gained few sponsorships which allowed the team to film a second season. And since its launch, the show has been met with overwhelmingly positive feedback: it won the Media Award of the Year at the Feather Awards in 2019.

“I was initially scared that there might have been a bit of a larger backlash but to my surprise I haven’t received any negative feedback or criticism in terms of the show but only praise for what we’ve been doing so that’s kind of been a blessing,” says Smith-Venter. Both O’Brien and Redman have also received messages seeking advice and resources, which illustrates how the show has become a place to turn to for those looking to learn more.