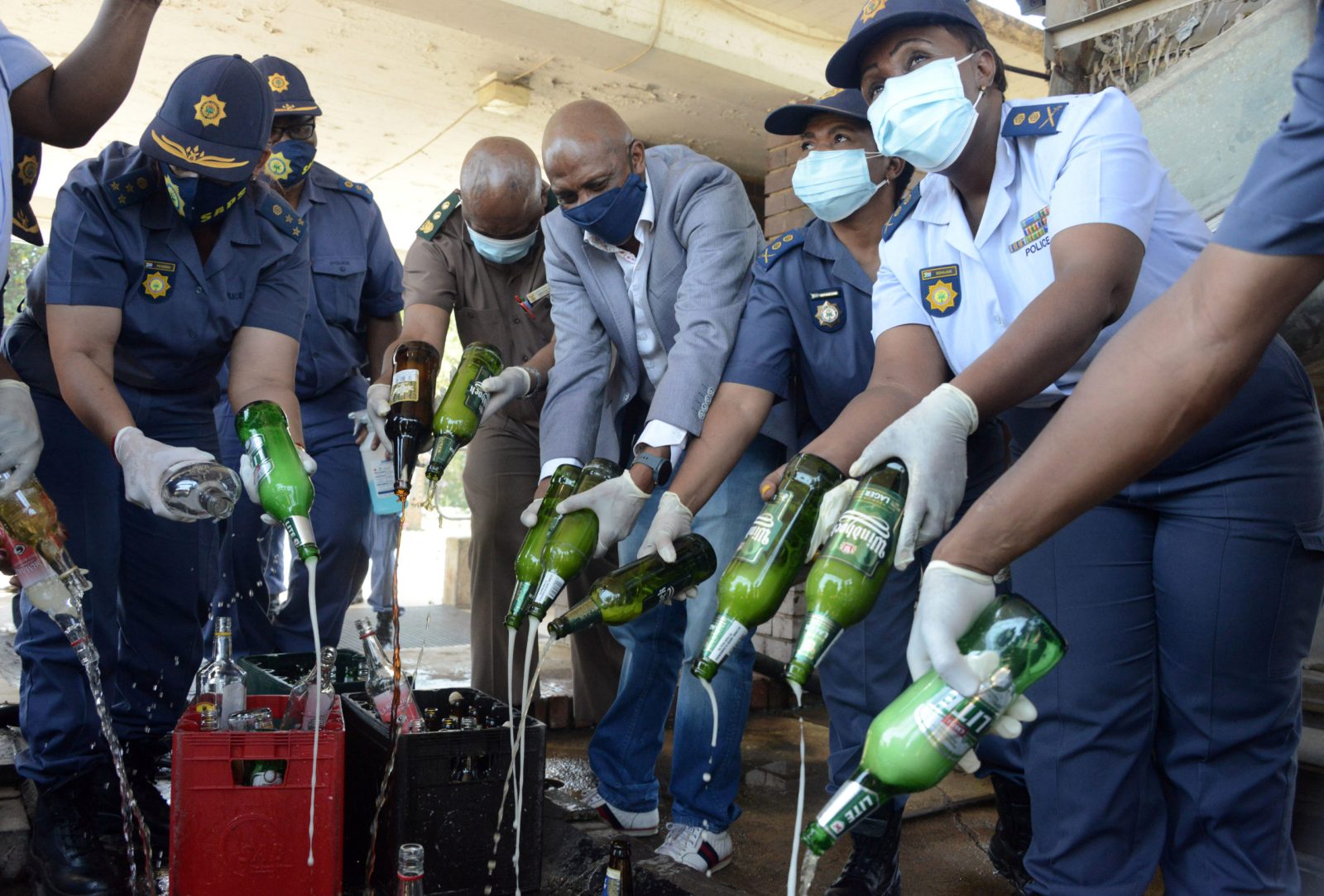 The illegal sale of alcohol flourished during the Covid-19 pandemic thanks to corrupt police officers who circumvented lockdown regulations while working with unscrupulous dealers to exploit impoverished communities.

The illegal sale of alcohol flourished during the Covid-19 pandemic thanks to corrupt police officers who circumvented lockdown regulations while working with unscrupulous dealers to exploit impoverished communities.

On Tuesday this week, National Police Commissioner General Khehla Sitole, in a presentation to Parliament’s Standing Committee on Public Accounts, painted a grim picture of corruption during lockdown.

Violations of the Disaster Management Act accounted for 136 of the cases, and others included aiding an escapee, defeating the ends of justice, fraud, theft and extortion.

But statistics showed it was the illegal sale of alcohol that tipped the scales during the lockdown period. And it was corrupt officers on the payroll of shebeen owners who acted as the main conduit in the distribution chain.

The Disaster Management Act prohibited the sale and transport of alcohol during the initial lockdown stages and was implemented to contain the spread of the  virus.

On Monday 13 April, a joint operation in the Western Cape resulted in the arrest of 11 police officers who allegedly staged a burglary at a liquor outlet in Bonnievale.

In another case, the owner of an illegal shebeen explained in a cellphone clip how, during the lockdown, she had gone to a liquor outlet to buy stock for her operation.

She found a police officer inside, who told her he was there to ensure no one was arrested. She subsequently went about her business unhindered.

Far more disconcerting is the drug turf war that has raged in gang-ravaged areas across the country since the relaxation of the lockdown regulations.

Drug merchants lost millions because of Covid-19. To recuperate these losses they are now locked in a deadly turf war that has led to the deaths of several gang members.

The tragedy is that law-abiding citizens, many of them children, have been caught in the crossfire.

Meanwhile, activists with first-hand experience of the devastating effects of this turf war have spoken about how drug merchants and shebeen owners used the lockdown to benefit personally.

Delft is just one of many Cape Flats communities buckling under gangsterism. The Terrible Josters gang rules the streets with impunity and gunfire has become part of daily life.

Activist Farieda Ryklief spoke of the heavy burdens residents endured and the indelible scars left by the Covid-19 pandemic and the lockdown.

“Probably the saddest part was seeing most of the youngsters running around with guns and doing the shootings in the area. We have noticed a lot of drop-outs, especially among boys, since the schools reopened,” she said.

Substance abuse had increased dramatically. “Some addicted parents who cannot pay for the drugs sold their children … Shebeens and drug merchants have popped like mushrooms. The situation is out of control,” she said.

A Blue Downs mother, Mavis (not her real name), whose 19-year-old child was lured into selling drugs, said her son had no options “because the drug merchant had threatened to kill him”.

She added that boys as young as 16 were responsible for shootings in the area.

“The Covid-19 lockdown further impoverished our community. As parents it was heartbreaking to watch and being helpless while the drug merchants took over street by street.

“A lot of our children sold drugs during the lockdown and when the schools reopened they sold it to learners at school. Our area is not the same anymore and we are held hostage by these thugs,” the woman said.

Derek Ronnie, a mediator from the More Than Peace group, said exploitation of youngsters by drug and gangster bosses taking advantage of the lockdown had become the norm.

“In Lavender Hill there was an incident of a granny approached by gangsters to rent her house and that house becoming a place where drugs were stashed. They instilled  fear into the granny and forced her to give in,” he said.

The problem was compounded by high levels of unemployment and the shrinking of household incomes, Ronnie said.

South African Human Rights Commissioner Chris Nissen said there were no official statistics on how many children had dropped out of school during the lockdown, but estimated the number ran into the

The tragedy was that instead of receiving an education, children were being trained to deal in drugs and were getting into organised crime networks.

“Within the first two weeks during Covid-19 the authorities managed to suppress the level of crime,” Nissen said. “But then criminals reorganised themselves and used elements within the SAPS to bolster their illicit operations. These rotten elements are still within SAPS.”

Gareth Newham of the Institute for Security Studies said: “When we did an analysis of the top 10 violent precincts we found that 30% of them experienced a spike in crime during the lockdown. We have also found that organised crime thrived due to police corruption.” DM168