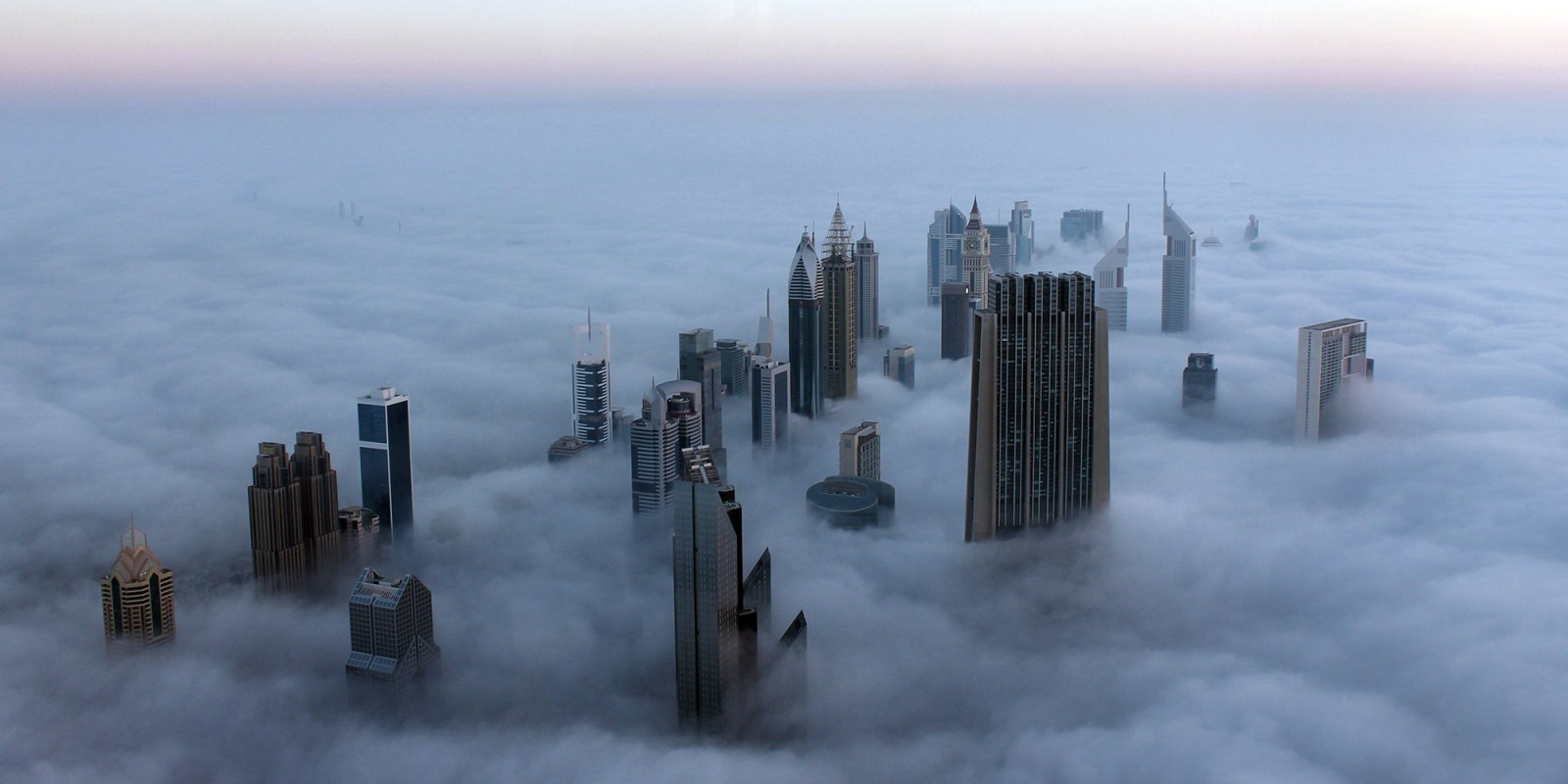 Dubai is home to the super-rich and crooked. (Photo: Ashish Laddha / Pixabay)

It’s a playground for the world’s rich and dubious – like the Guptas – where global corruption is the game, but Dubai’s days of impunity may be numbered.

Mention Dubai and many South Africans will instantly clock three touchpoints: former president Jacob Zuma, his son Duduzane, who owns a R18-million apartment in the “iconic” skyscraper Burj Khalifa and the Gupta family, who funnelled South African taxpayers’ money through this UAE desert city, a haven for the world’s dirty and rotten.

A just-published report by the Carnegie Endowment for International Peace titled “Dubai’s Role in Facilitating Corruption and Illicit Financial Flows” found that Dubai has become a global financial centre underpinned by “a steady stream of illicit proceeds from corruption and crime”.

The report cites Dubai as a key global money-laundering destination and highlights widespread concerns about its role in “enabling global corruption and its many destabilizing effects”.

While the South African connection is not explored in the report, Dubai, with its artificial islands and luxury malls, its nightlife, its fine dining, seaside attractions and free trade zones, has drawn a fair number of South African high-profiles, particularly during the peak State Capture years.

Rotating minister of sports/police/transport Fikile Mbalula holidayed there in 2016 with sports supplier Sedgars director Yusuf Dockrat picking up the tab. Mosebenzi Zwane passed through, as did a steady stream of South Afrian celebrities from Mabala Noise founder Reggie Nkabinde to Somizi.

In 2015, ANC secretary-general Ace Magasule’s sons, Tshepiso and Thato, travelled to Dubai, courtesy of the Gupta family, where they stayed in the Oberoi Hotel, billing Sahara Computers R40,000 for their eight-day stay.

The Oberoi was the hotel of choice for the Gupta brothers, who would meet all manner of South African government officials, most of whom currently receive frequent mentions at the Zondo Commission of Inquiry into State Capture.

Since its establishment in 1971 after independence from Britain, Dubai has grown into one of the wealthiest of the seven emirates that make up the UAE. A 2016 census put its population at 2,645,581.

While the report notes that the vast majority of financial, business and property transactions in Dubai are not associated with illegal activity, leaked documents – from the Panama Papers to Angola’s Luanda Leaks to Dubai’s property registry – show that Dubai “is a place where many people associated with criminal activity feel free to settle down with their families, manage their networks, and engage in smuggling and money laundering”.

The emirate offers those who choose to live there “a luxurious lifestyle and amenities – shopping, dining, nightlife – on par with other global top city destinations, including London, New York, and Paris”, notes the report.

And while Dubai has undertaken various reforms to bring the operations of trade and financial institutions more closely in line with international standards, significant loopholes continue to enable criminal activity.

Underpinning Dubai’s prosperity, the report notes, “is a steady stream of illicit proceeds borne [sic] from corruption and crime. The wealth has helped to fuel the emirate’s booming real estate market; enrich its bankers, moneychangers, and business elites; and turn Dubai into a major gold trading hub.”

Both Emirati leaders and the international community, however, continue to “turn a blind eye to the problematic behaviors, administrative loopholes, and weak enforcement practices that make Dubai a globally attractive destination for dirty money”.

The report sets out a typical example of the type of exposed individual freely doing business in Dubai. In 2014, it notes, a businessman made a “routine” call from his home in the luxury neighbourhood of Clifton in Karachi, Pakistan.

“He was checking with his assistant, Yasir, on the status of his real estate investment in Dubai’s Al Khail Gate, an upscale community of apartments and townhomes close to several international schools, malls, and recreation centers.

“The conversation was the normal sort of back and forth on building permissions, the escrow account, advertising, and sales numbers. But, in actuality, the call was anything but ordinary: the businessman was Dawood Ibrahim, a transnational criminal with a net worth of about $6.7-billion and, at the time, India’s most wanted man.”

In December 2019, Minister of Justice Ronald Lamola said he would be using a corruption conference in Abu Dhabi to initiate talks with their Dubai counterparts with regard to the Guptas.

Tapes of Ibrahim’s conversation were leaked in 2018. The FBI is in the process of investigating his “criminal enterprise” known as D Company, which operates out of Pakistan and the UAE. Ibrahim also happens to find himself on the UN Security Council’s al-Qaeda sanctions list.

“The tapes highlight the unique and often underappreciated role that Dubai plays in various illicit activities throughout the world, despite its being renowned as an international banking center, a global trade hub, and a stable polity in an otherwise unstable region.”

While “incremental reforms are feasible, realistic, and in the strategic interest of Emirati leaders and their international partners”, Dubai’s role as a facilitator of corruption is unsustainable over the long term.

Being placed under observation by the FATF (Financial Action Task Force) is an important signal that international scrutiny and pressure on Dubai’s activities would increase, notes the report.

“Moreover, the emirate will remain disproportionately vulnerable to external shocks like the 2008 global financial crisis, when not only legitimate business, real estate, travel, and finance markets suffered but also criminal enterprises”.

The emirate could immediately begin “weaning itself off illicit financial flows” by enforcing existing laws more effectively and transparently.

The foremost challenge is the “huge scope and sophistication of illicit financial flows and global facilitation networks that terminate in or transit through Dubai.”

“Secretive and standoffish, Dubai often rebuffs outside attempts to discern whether kleptocrats and criminals are buying property or laundering money through the emirate. International law enforcement agencies find it especially difficult to acquire information and solicit co-operation from Emirati authorities.”

The Gupta family left South Africa in haste in 2016 for Dubai. The main attraction for the fugitives was the lack of an extradition treaty between SA and the emirate.

However, in 2018, South Africa signed an extradition treaty with the United Arab Emirates (UAE), which significantly upped the possibility that the Guptas could return to face the music in South Africa.

The treaty, however, is yet to be ratified by Dubai authorities.

In December 2019, Minister of Justice Ronald Lamola said he would be using a corruption conference in Abu Dhabi to initiate talks with their Dubai counterparts with regard to the Guptas.

In May 2020, Lamola told Parliament’s Justice Committee that the government was now relying on a UN convention for assistance with getting the Guptas to South Africa.

And the whole of South Africa will be eager to welcome the Gupta family back to our shores before we settle in for hours of live televised court proceedings. One can still hope. DM168