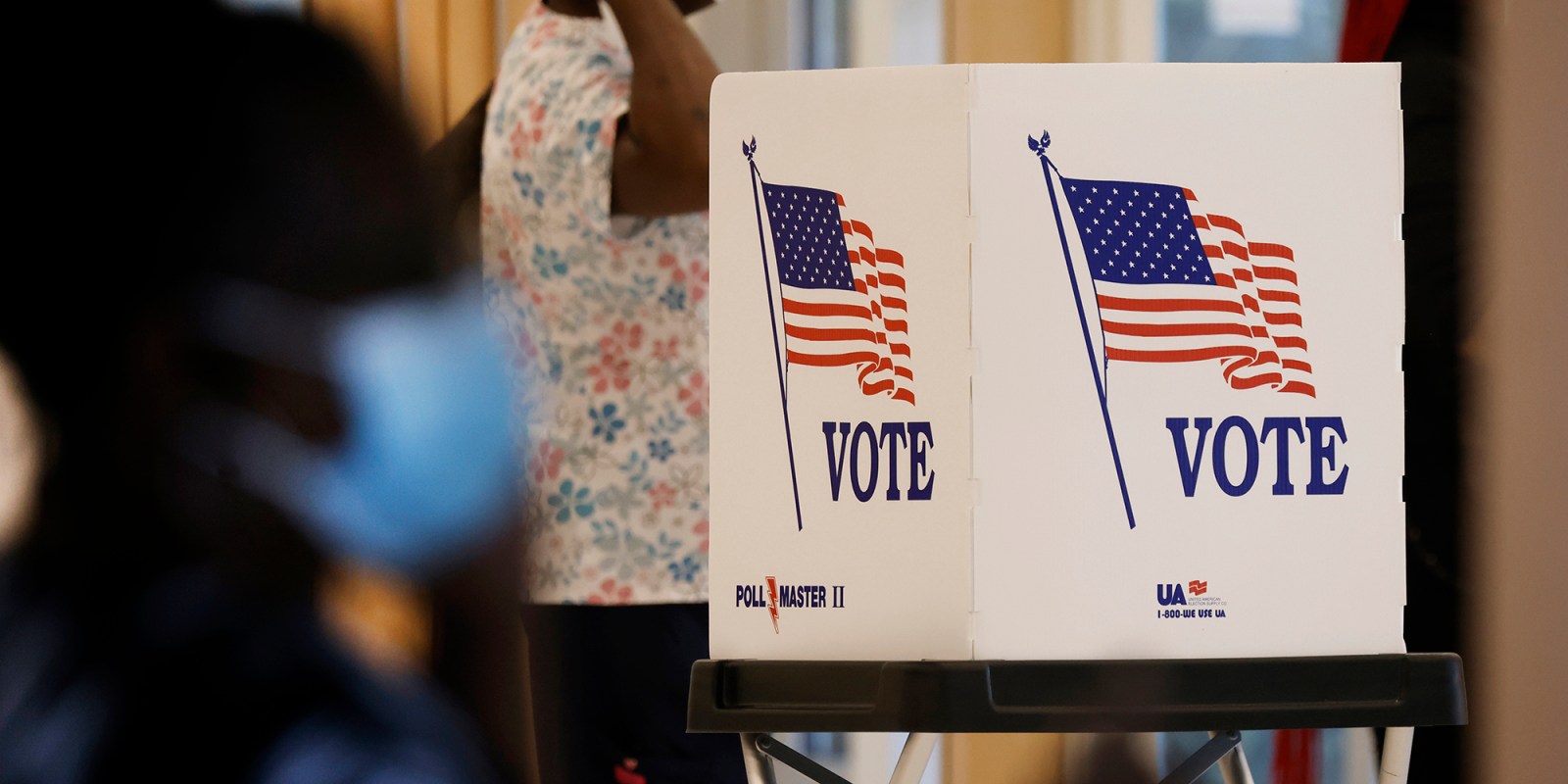 Voters wait to cast their ballots in the 2020 US presidential election at the C. Blythe Andrews, Jr. Public Library in Tampa, USA, 03 November 2020. Americans vote on Election Day to choose between re-electing Donald J. Trump or electing Joe Biden as the 46th President of the United States to serve from 2021 through 2024. EPA-EFE/PETER FOLEY

Trump supporters on Wednesday converged on a Michigan vote counting centre trying to stop the counting of mail-in ballots. A short while later, Michigan went to Biden, but four other states are still in play.

US President Donald Trump’s campaign claims that Georgia’s absentee ballots arrived late and therefore should not be counted. Trump and Democratic Party presidential nominee Joe Biden are in a tight race in Georgia with Trump’s lead in the state slipping away as counting carried on into Wednesday evening. At the time of writing, Georgia polls showed a sliver of a gap, less than 1% between the two men.

Trump is taking legal action against Georgia, Pennsylvania and Michigan states. For weeks he has been alluding to the fact that he would go to the courts if he felt he was losing the election, so the lawsuits are not unexpected.

Georgia resident Joyce Brewer, a 47-year-old African-American, self-employed content creator spoke to Daily Maverick late Wednesday afternoon. She said that Georgia was tense – waiting for the final numbers – but also that she was not surprised that the state was leaning towards Trump:

“I did not expect Georgia to flip and vote Democratic for president, but I am optimistic about at least one of the Senate seats… Georgia voting for Trump, it’s still tight, but it doesn’t shock me at all.”

Brewer says she is concerned because, “We still have to move and work and live in these spaces where there are people who clearly support his style of treating others, which is very un-American. So that’s what’s disheartening to me – that there are still so many people who came out to support Trump.”

She added that she is worried about violence, especially in Atlanta, as everyone there is tense: “I’m uneasy and apprehensive because anything can happen. I just don’t know.”

By Wednesday afternoon Joe Biden repeated that all votes needed to be counted before the winner can be announced. He was, however, confident of winning, saying that: “After a long night of counting it’s clear that we’re winning in enough states to reach the 270 electoral votes needed to win the presidency. I’m not here to declare that we’ve won, but I am here to report that when the count is finished, we believe we will be the winners.”

Earlier on Wednesday a convention centre in Detroit where around 170,000 absentee ballots were being counted was targeted by angry Trump supporters  who wanted the counting to stop.

Donald Trump, who had ostensibly set his supporters on the path to demanding that vote counting be stopped – by his example of trying to legally have the counting stopped – took to Twitter to draw attention to the “Detroit Absentee Ballot Counting Chaos”.

Around the country a wave of mostly peaceful marches have occurred, from Portland, Oregon, to Philadelphia, New York and Chicago.  People from various organisations, including a number of grassroots and civic groups as well as Black Lives Matter and ShutDownDC, want all votes to be counted. There were incidents in Portland, Oregon, where the National Guard was called in and some unrest was reported in Michigan. Thousands of New Yorkers marched without incident.

The race is extremely close, with Biden at time of publication needing only one state of five states where votes were still being counted to win.

For Trump to win, he would need to win all five – Pennsylvania, Georgia, Nevada, North Carolina and Arizona. DM