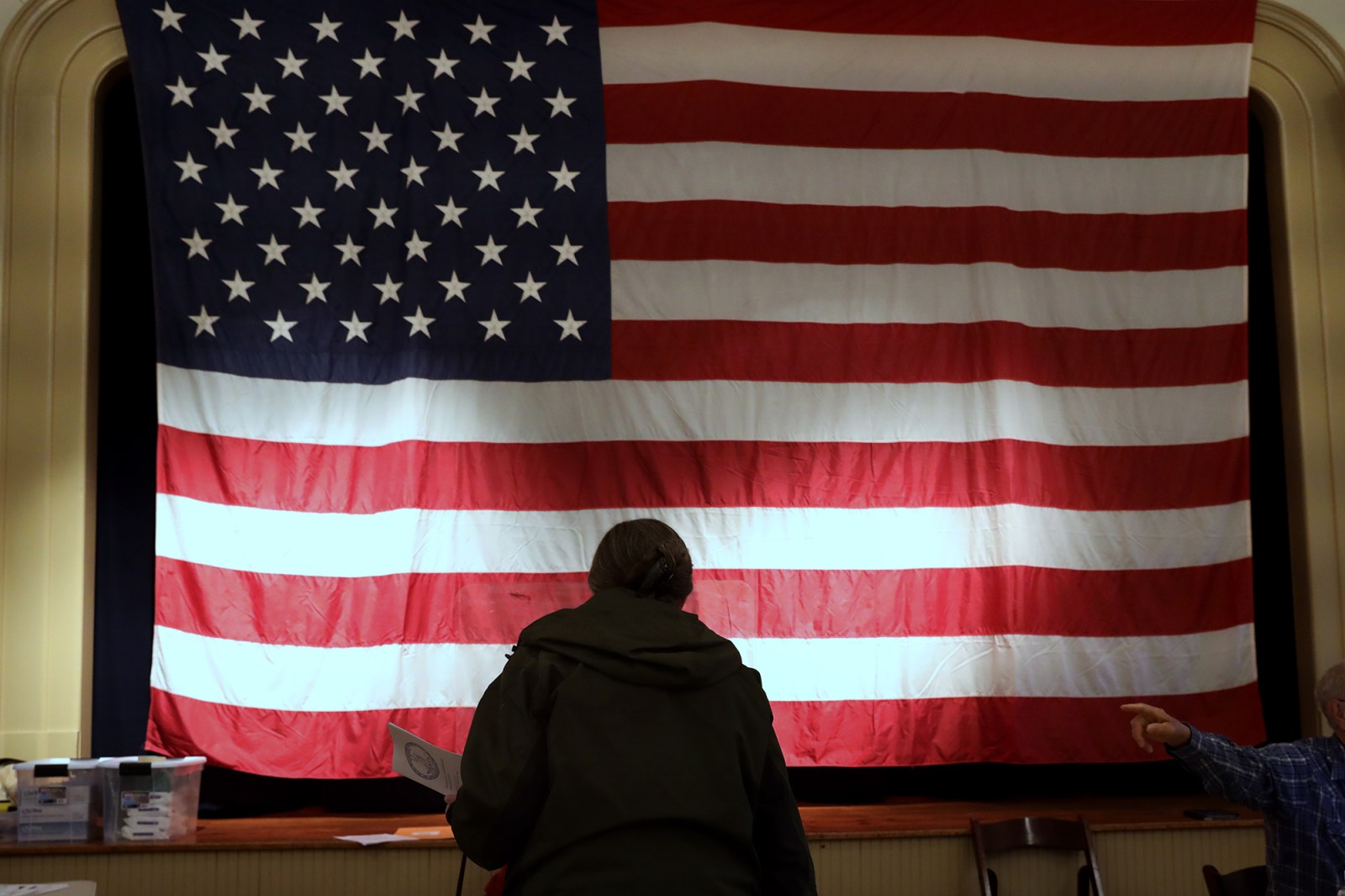 A voter pauses in front of the US national flag before casting a ballot at a polling location at the Old Stone School in Hillsboro, Virginia, USA, 03 November 2020. Americans vote on Election Day to choose between re-electing Donald J. Trump or electing Joe Biden as the 46th President of the United States to serve from 2021 through 2024. EPA-EFE/MICHAEL REYNOLDS

As vote counting winds down and political commentators discuss the various permutations of how ballots were cast in blue, red and swing states, some minor clashes have been reported near the White House.

On the evening of 3 November, the world sat glued to their television sets as geographical maps of America went from blue to red, or red to blue – and sometimes a pinkish beige colour, as states went Biden-blue, Trump-red or undecided ‘meh’.

But as day turned to night and voting turned into vote counting, some peaceful protestors in Washington needed to be called to order. CBS News reporter, Christina Ruffini, was on the scene at Black Lives Matter Plaza in Washington, a block or so away from the White House.

When a scuffle broke out which apparently led to at least one arrest, Ruffini tweeted that it looked as if a few people had wanted to fight, which led to “some pushing and shoving.”

Scuffle down at #blmplaza. Band stopped playing and asked for peace. Bit of a standoff. Band is now playing again. pic.twitter.com/Ri2oEVHXS7

DC metropolitan police confirmed to media that a man had been arrested and charged with unruly conduct.

Florida, Georgia and Ohio, as well as Michigan, Wisconsin and Pennsylvania, were the states to watch for anyone voting Joe Biden for president of the land of the free.

The Biden campaign has admitted to being nervous about Florida, especially the Latino vote. Latinos make up around 25% of the population of Florida – the state has a total of just over 21 million people.  A few days ago Maria Quinones-Sanchez, who is part of the Biden campaign’s Pennsylvania Latino Leadership Council, told CNN that Latino men were a particular concern:

“The Latino men, especially those 50 to 75 years old, are no different than white males in suburban communities… They’re macho men and there are parts of Trump’s personality that they like…”

By 8am South Africa time, it was announced that Trump had won Florida.

Donald Trump may just have his wish and retain his post for another four years. While the president is not showing the numbers he would like, he is making significant gains.

The wave of violent protests expected by many, and which led to some businesses and restaurants boarding up their doors and windows, may yet come – if it is a close call.

Dr Rusty Brooks of the University of Georgia’s Carl Vinson Institute of Government says: “I’m not hearing a lot of issues or intimidation… I think people want to see some sort of clear indication that their candidate is losing, before you may see any potential for anything – not to say that there’s going to be…”

Brooks also says because the race is so close, the result will in all likelihood not be available until Thursday. Some key states like Wisconsin, Pennsylvania and Michigan will still need to count millions of absentee ballots.

Some states only count the early votes once the polls close – so while they know how many early votes came in, they have not yet opened those ballots and will only do so once the polls have closed. There is, therefore, a strong chance that a final tally may only be ready late Wednesday or even Thursday. DM