A volatile superpower at the crossroads: Biden or Trump? 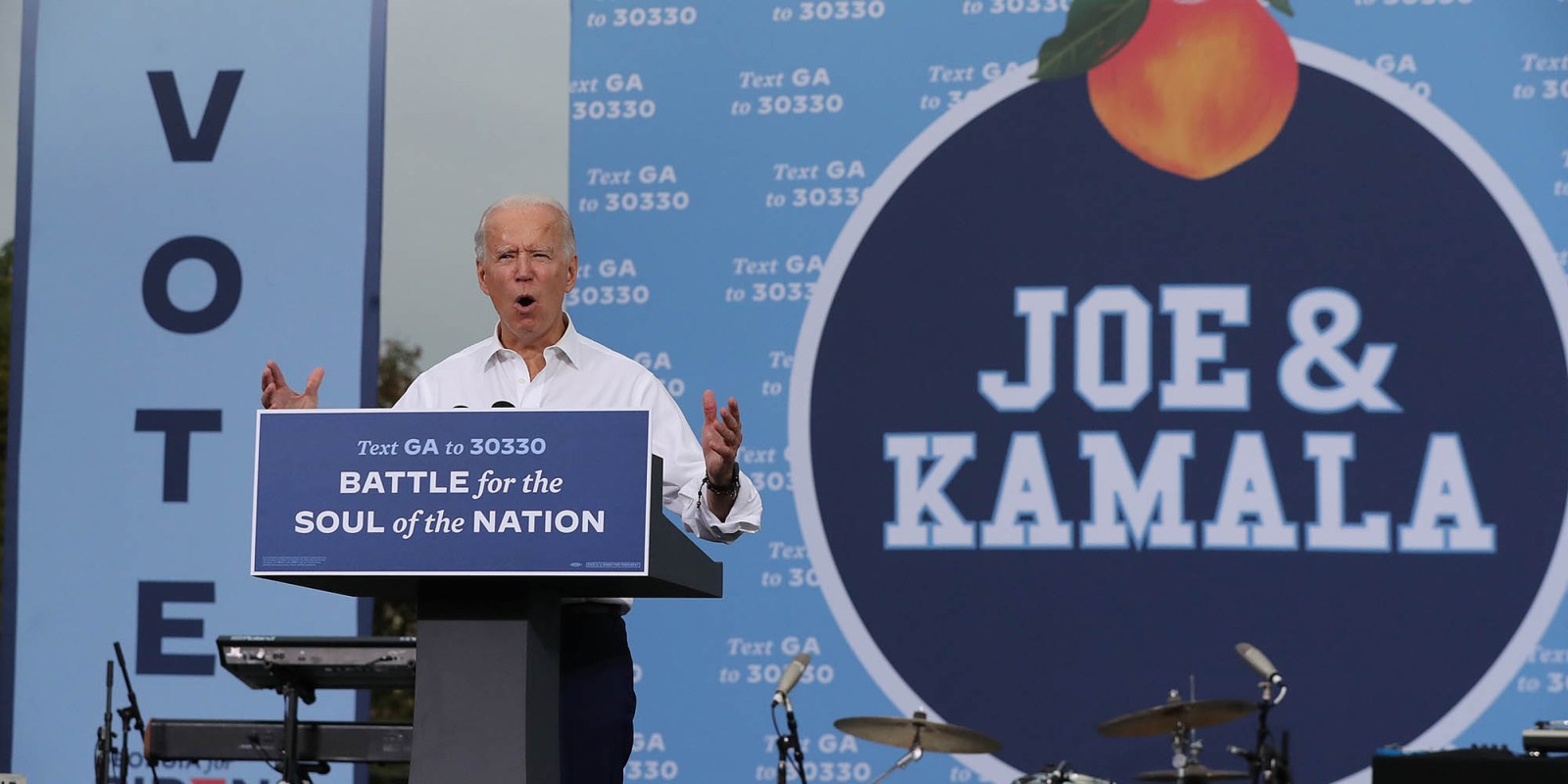 The world watched Hillary Clinton go from hero to zero in 2016, despite winning the popular vote and leading in many polls. The Clinton campaign learnt a hard lesson of not just relying on polling data. Clinton’s loss also proved that nothing beats showing up if you want people to choose you.

Joe Biden is in a stronger position now than Clinton was then. At least one poll has Biden leading in the key states of Arizona, Pennsylvania, Wisconsin and Florida. These are the states that gave Trump the presidency in 2016 despite Clinton having the most overall popular votes.

Biden is aware that he needs Florida to win. Speaking at a drive-in rally in Broward County, Florida on Thursday 29 October he told supporters:

“This election is the most important one you’ve ever voted in – whether it’s your first or 10th. Ladies and gentlemen, the heart and soul of this country is at stake right here in Florida.”

Both Biden and Trump have been “running” around the country making at least eye contact with voters – which is as close to shaking hands and kissing babies that you can get in the middle of a pandemic. While the pandemic is a major bugbear for Trump as he is broadly lambasted for his (mis) handling of it, it has given Biden an advantage.

On Sunday, “Uncle Joe”, as some voters call him, told a crowd in Philadelphia in a parking lot at the Sharon Baptist Church:

“Imagine where we’d be if this president just wore a mask instead of mocked it from the beginning, I can tell you this, and every major health expert agrees with me, we wouldn’t have nine million cases of Covid in this nation. We wouldn’t have over 230,000 dead, almost 9,000 here in Pennsylvania.”

Biden has kept on message around Covid-19, criticising Trump’s handling of the crisis at every opportunity, but he is also always seen with a mask, in stark contrast to Trump who almost never wears one.

Many voters are also looking back over the four years of Trump’s presidency and asking whether he has kept his promises, looking specifically at medical care, which is still up in the air as Trump keeps saying he will replace Obamacare – the Affordable Care Act – but he still has not delivered an alternative. The Trump administration is supporting a case in which the US Supreme Court is scheduled to hear arguments on 10 November. Depending on the ruling, that could be the end of the Affordable Care Act.

When listing failures, besides the handling of the coronavirus, which is top of the list, people are also looking at the famous “Wall” which is unfinished – and for all intents and purposes will remain so – while the policy of separating children from their parents at the border is on many people’s minds.

Trump, at the weekend, just 48 hours before the big final voting day, reminded people that he is not planning to simply walk away from the White House if he loses – which he basically started saying as early as March in an interview with Fox News.

It also came up at a media briefing on 23 September, when he was asked if he would accept the outcome of the election and he replied: “Well, it depends on the result,” adding, “You know that I’ve been complaining very strongly about the ballots, and the ballots are a disaster.” He was referring to the mail-in ballot system, which he has repeatedly told voters not to trust, despite having a personal history of himself using the system – without complaint or mishap.

This aggressive posture is very reminiscent of 2016 when Trump, with a few weeks to go to the election, said that he would have no problem accepting the election result if he won.

Some six weeks after calling the ballots “a disaster”, and with just two days to go to the election, Trump this past Sunday told media in North Carolina that he would be sending in his lawyers as soon as the election ends on Tuesday night.

Trump has been saying for some time now that the counting of mail-in ballots that arrive after election day, even though postmarked before 3 November, should not be counted.

A last-minute email sent to voters at about 2pm on Monday 2 November, from the group 43 Alumni for Joe Biden, a group of several hundred people who worked in the 43rd (George W Bush) administration, Colin Powell among them, pleads with voters to make their mark if they have not done so already:

“… tomorrow is our final opportunity to vote for the America we want to see.

“For integrity over authoritarianism

“For decency over tribalism

“For principles over ‘winning’

“For leadership over scapegoating.”

To quote Shakespeare, “the game’s afoot”, but fans of the US’s number one sport, American football, might well ask whether it will be won with a touchdown or a fumble. DM

An Wentzel is Night Editor, specialist reporter for Daily Maverick, she went to the US to visit family as the pandemic struck and is currently marooned in the land of the “free”.