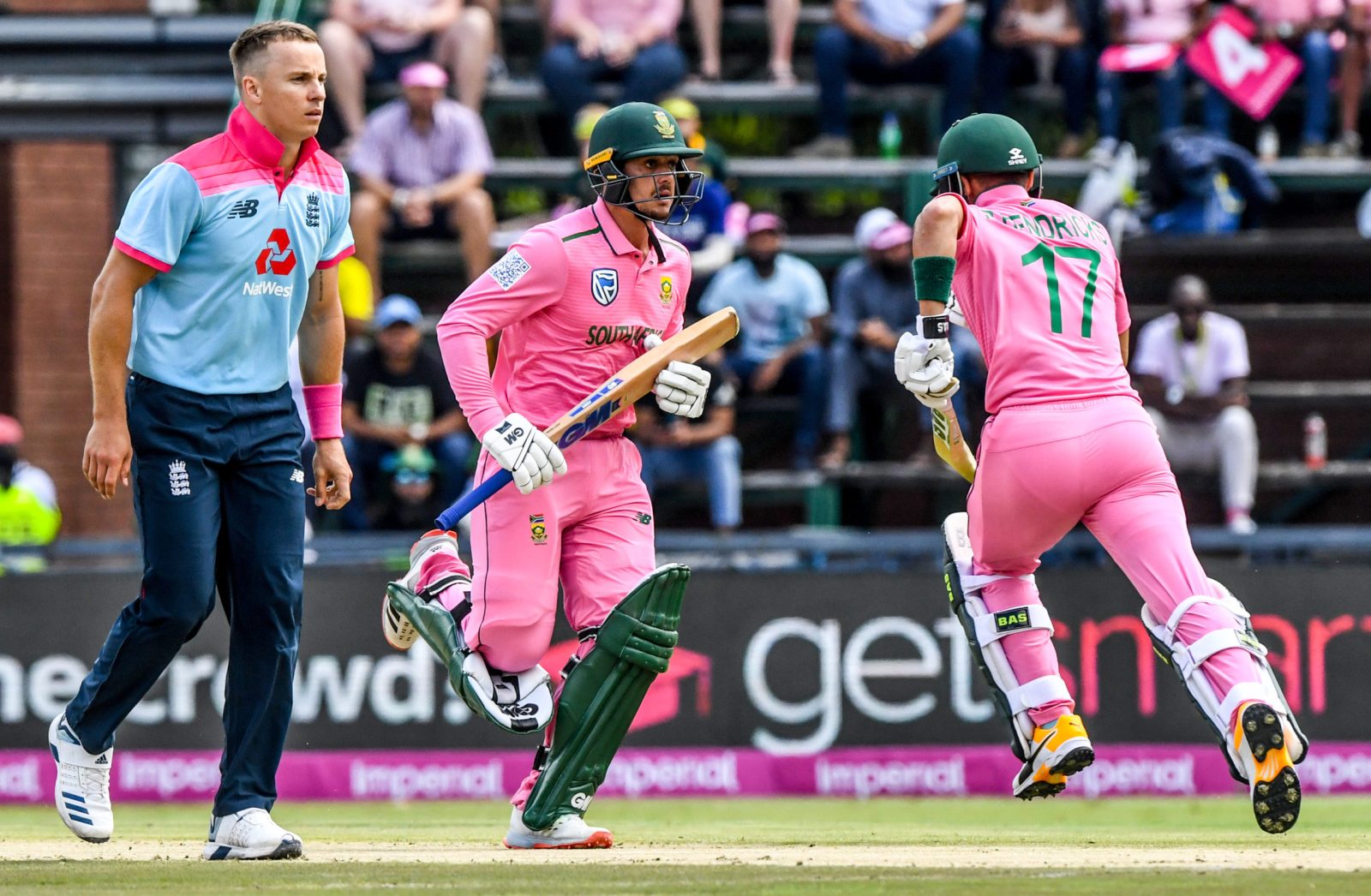 Quinton de Kock and Reeza Hendricks of South Africa in partnership during the 3rd ODI match between South Africa an England at Imperial Wanderers on February 09, 2020 in Johannesburg, South Africa. (Photo by Sydney Seshibedi/Gallo Images)

Sports Minister Nathi Mthethwa revealed Cricket South Africa’s new interim board on Friday and there is some reason for optimism.

When the entire board of Cricket South Africa (CSA) resigned over a 72-hour period last weekend, months after they should have, it finally felt as if there was some positive movement at the beleaguered organisation.

After a year of rancour, resignations, accusations, deliberations and obfuscations, the Members Council finally did what it should have done months ago, and dissolved the board, although it was far from unanimous.

Mthethwa had given the CSA board until 27 October to stand down, in the wake of a host of poor governance issues contained in the independent Fundudzi report that was released in early October. They did so just in time.

Mthethwa has spent the past few weeks in discussions with not only the CSA executive (which remains intact despite the board’s dissolution), but also with the South African Cricketers’ Association (Saca) and Members Council.

Once Mthethwa stepped in, CSA were always in a tight corner even though they tried everything to stay in power. On Friday, though, a new era began as Mthethwa named six independents in a new nine-person interim board that will initially be in place for three months.

Odendaal, Mbatha and Vonya were nominated by the Members Council while the other six independents were appointed by Mthethwa. Ramela is currently president of Saca, but will stand down to avoid a conflict of interest.

Justice Yacoob is a respected former Constitutional Court judge while Lorgat is a former CEO of CSA. February is a lawyer and columnist for Daily Maverick and Nicolaou is on the Board of Brand South Africa.

Nicholson report to be implemented

One of the resolutions the former board made, when it was desperately clinging on to power while promising to reform, was that it would implement the Nicholson recommendations.

The Nicholson report was the end result of a 2011/12 investigation into CSA, which at the time recommended that the majority of the board consist of independent directors to avoid conflicts of interest. This was never done.

It was never done because then sports minister Fikile Mbalula favoured sports administrators sorting out their own issues. His stance was supported by the South African Sports Confederation and Olympic Committee (Sascoc).

As a result, CSA only ever had a maximum of four independent directors on its board, which eventually led to what Nicholson warned against – self-interest and conflicts trumping good corporate governance.

The Members Council, as the highest decision-making body in South African cricket, had long been conflicted because half of its members were also on the CSA board.

The narrow vote (understood to be 7-6 in favour of dissolving the board) indicates that despite a lengthy catalogue of poor governance issues, there was still massive reluctance to change the status quo.

Mthethwa took a different view and is an advocate of Nicholson and a board with a strong independent spine.

“I was guided by the Nicholson report,” Mthethwa said. “It dawned on me that no matter how much we nudged cricket and delayed the inevitable, it became clear that CSA was in no position to self-correct.

“The modest interim board was selected on the basis of their expertise and integrity, the majority of which will be independent directors. They have a range of skills in the areas of law, governance, business and international relations amongst others. The board also includes nominees from the Members Council and Saca.”

The conflict of interest was something the former board belatedly came to recognise, as Marius Schoeman, who was the chairman of the Audit and Risk Committee, admitted at a meeting with parliamentarians two weeks ago: “How do we overhaul the governance? It starts with a complete overhaul of the memorandum of incorporation to remove items that are in conflict, and implement the Nicholson report,” he said.

“The Fundudzi report has brought far more benefits, in that we can learn from it and ensure that issues that we have had do not happen again.”

But it was too little, too late. Although good people such as Schoeman and Dheven Dharmalingam only joined the board subsequent to most of its failings, they were always going to be tainted by a litany of governance failures outlined in the Fundudzi report.

Cricket is back on the field soon

CSA’s future remains precarious, especially with massive financial concerns on the horizon in the wake of the pandemic and an expected smaller international broadcast deal for the next cycle. But now that the governance structures are less fractious, the operational side of the game can move forward.

In the past week CSA has managed to confirm a strong international summer of cricket while the domestic game is also set to start on 2 November.

World One-Day International (ODI) champions England will tour in December for three T20 and three ODIs and that will be followed by tours by Sri Lanka, Australia and Pakistan.

Following the white ball clashes against England, which will be played in a Western Cape bio-bubble to minimise the risks of Covid-19 exposure, Sri Lanka will feature in a two-Test series in Centurion and Johannesburg. The fixtures will fall into the traditional Boxing Day and New Year’s Test match windows.

Australia arrives in February 2021 for a three-match Test series ending in March, with Pakistan rounding off the South African summer of cricket with a three-match ODI Series and a three-match T20 International series in April 2021. It will be Australia’s first Test appearances in South Africa since the infamous “sandpapergate” scandal three years earlier.

At last, actual cricket came into the spotlight this week at the same time as the board was replaced. It’s progress. DM168