If you like Piña coladas and learning to love your people 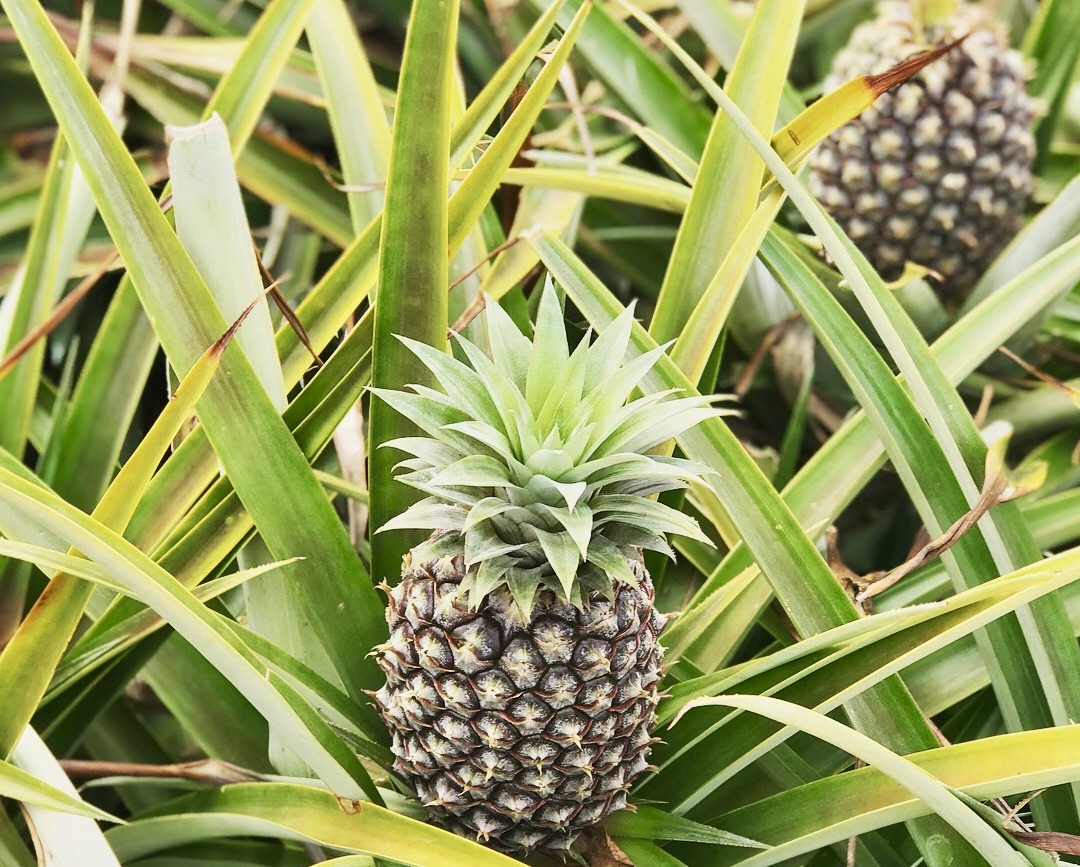 Under the skin of the prickly pineapple lies a sweet and tangy fruit that can be transformed into juice, jam and beer.

Pineapples are really weird. They grow awkwardly on spiny scrubs with fruit sprouting out of seemingly nowhere – as if stuck on artificially. And if you try to pick them, they fight back, leaving nasty pricks all over your hands and arms. I think of them as plant dinosaurs.

Like all things South African, they’re sweet on the inside… once you’ve managed to peel through that thick skin with all its spiky knobs.

South Africans have a special relationship with pineapples for two reasons. First, we adore them for their fermentation abilities. Yes, fresh pineapple is great… but a recently rekindled adoration for pineapple beer (thank you, lockdown) accurately revealed our first love for the fruit.

Across SA, pineapples were in high demand as amateur home brewers flexed their fermentation muscles. In most cases, it worked, providing some alcoholic and comic relief when conventional booze reserves toppled.

Pineapples are South Africa’s go-to fruit for brewing beer as the main organism needed for alcoholic fermentation – yeast – naturally occurs on the fruit skins. (Those spiky jobs are good for something…) The interaction between the yeast and sugary fruit is an age-old combo to produce an alcoholic kick.

Most recipes ask for more yeast as this will up the alcohol levels faster. However, when SA’s biggest yeast producer, Anchor, was legally advised to halt the sale of its brewer’s yeast during the lockdown, pineapples were given the time to shine in their natural, yeasty state. In KZN, one large retailer even created a massive display of pineapples and sugar in its entrance… a wink to parched South Africans to get fermenting.

And so they did.

Pineapple sales and prices skyrocketed. In April 2020, the average price of pineapples at the Joburg fresh produce market was more than 200% higher compared to the same month in 2019. In total, more than R14-million worth of pines were sold – double the amount sold in March the same year.

That’s an impressive boost to our local pineapple farming industry. Speaking of farming, our second affiliation to the fruit is that South Africa grows the southernmost pineapples in the world in Bathurst. This quaint Eastern Cape town is also home to the biggest pineapple in the world – a giant fibreglass one. From its top, a viewing deck provides quite a vista of the rows and rows of spiny plants.

Like with those admired vineyards of the Winelands growing on the slopes of the Atlantic ocean, Bathurst’s pines get their sweet flavour from the Indian Ocean breezes which blow over this low-lying region of the Sunshine Coast. In fact, the region’s sunken geography and coastal climate is what makes pineapple farming possible this far down south.

It sounds idyllic, but the entire farming process is vastly underestimated. One pineapple plant produces – at most – two fruits in its lifetime. After harvest, the whole plant is ripped out and a new sucker or pup – a baby shoot – is planted in its place. It then takes 18 months for this new plant to yield another fruit, just to be ripped out again afterwards.

It’s a labour of love. And in KwaZulu-Natal, where most of SA’s fresh-market pineapples are grown, it’s a painful one. The variety of Queen pineapples grown in the Zululand region around Hluhluwe have spiky heads, which means labourers’ and farmers’ arms always look as if they’ve had to ward off an angry cat to obtain said pineapples.

In the Eastern Cape, the Cayenne pineapple variety of choice has smooth crowns – so no angry cat scratches. Here, pineapples are also regrown from the pine heads instead of suckers. Because the pineapples grown in this neck of the woods are also mostly aimed at the processing market, unlike the KZN Queens, the heads can be removed before freighting, and replanted.

Despite being so dependent on such a small area and microclimate, Bathurst accounts for 70% of SA’s total pineapple production by weight. It’s no surprise then that the Sunshine Coast is known across SA as the capital of pineapples.

In fact, the legendary Oakly Farm Stall on the R72 coastal road outside Alexandria owes its origins to pineapples, and specifically their famous pineapple juice and curried pineapple.

“Anyone born and bred in the Eastern Cape will tell you that pineapples are part of their childhood memories,” says Oakly Farm Stall founder-owner Isabel Mac Donald. Indeed. No family holiday or road trip to anywhere in the province is ever complete without a bottle of ice-cold pineapple juice from Oakly Farm Stall.

The legendary farm stall celebrates its 10-year anniversary in 2020 and its name has become synonymous with the famed pineapple juice. It’s gloriously sweet, sour, sticky and full of little pine bits you can chew on. It’s divine.

Once, during a December holiday, we forgot a half-empty bottle of the stuff in our car for the whole day. When we returned from the beach, the once square bottle had swollen to the size of a rugby ball, with warm liquid foaming out at the top. We remained calm, released some of the gasses and then proceeded to have the most delicious, express-fermented pineapple beer over ice when we got home. My first try at pineapple beer, unwittingly.

The lesson here is that you can brew pineapple beer very quickly in a hot car – if you’re very desperate.

A safer, but an equally potent option, would be the Oakly Farm Stall’s “doodskoot kerriepynappel” (curried pineapple), Isabel says. The people of the region swear by it and it’s also their biggest export. “Boxes are shipped all over the country to patrons who have become loyal consumers and friends,” Isabel says.

“The Oakly Pineapple Jam is also very popular and both the plain jam and the Oakly Pineapple & Chili Jam can be used when cooking chicken or pork as it adds flavour and depth to the dish,” she says. “The pineapple juice can also be used in a marinade.” This is because pineapples contain the enzyme bromelain, which naturally tenderises proteins. Ah, bromelain…

Bromelain will also prevent your fancy, much-awaited tropical pineapple cheesecake from setting as the enzyme will ruthlessly break down the proteins in dairy and gelatine with zero regard for your reputation as a cook or the 25 people sitting around your dinner table.

In short, pineapples like to ruin your Christmas. Not unlike the 25 South Africans around said table, they fight with every other flavour on the plate. One is always sour while the other is already drunk because it’s been lying out in the sun for the whole day… Pineapples can be hard to love sometimes.

But oh. If you like Piña coladas and getting caught in the rain, they’re the only fruit family you’ll ever be caught with.

PS: I love pineapples. And my South African family.

Try this super-easy dehydrated pineapple recipe. It’s fab as a healthy snack, or to use as a decoration in drinks or on desserts.

Peel and cut the pineapple into very thin slices. Dissolve the sugar in the water and transfer to a flat dish. Carefully dip each slice into the sugar water and lay out the slices on a mesh wire to dry.

Keep in a dry, well-ventilated room until the pineapples obtain a leathery consistency. This can take up to a week or more, depending on your location. DM/TGIFood