The divided States of America 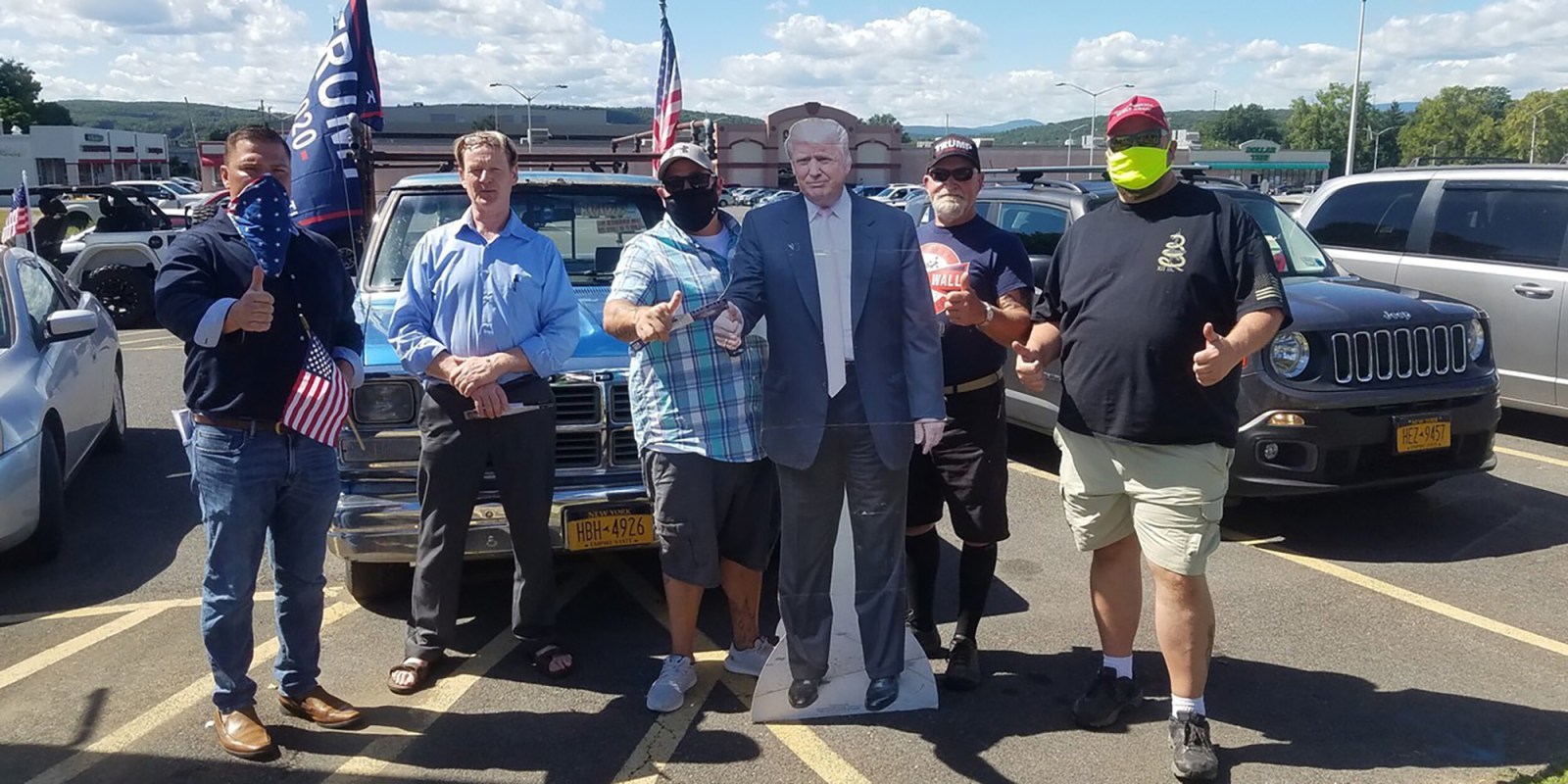 In upstate New York, most of autumn’s fiery leaves lie browning on the ground. Bright orange pumpkins festoon doorways and storefronts along with witches, skeletons and ghouls waiting for Halloween – and the blue moon – on Saturday.

In fields and outside homes in small Catskills towns, political signs announce their owners’ allegiances ahead of Tuesday’s presidential election. Biden. Trump. Occasional outlier signs invite people to “be kind” or be wary of “the liberal media”.

While New York City rejected Donald Trump when he stood for president,  many voters in small rural towns north of the city embraced him. The congressional seat of New York’s 19th district – which encompasses 11 upstate counties – is also up for grabs this Tuesday and the two contenders epitomise the country’s political differences.

Antonio Delgado, the incumbent Democrat, won his seat in a tight race in 2018. A musician, Rhodes scholar and Harvard law graduate, Delgado is driving Covid-19 relief plans for farmers and small businesses in the district.

He is part of a broad range of congressional bodies that include the Congressional Black Caucus, LGBT Equality Caucus, the Affordable Prescription Drug Task Force and the Gun Violence Prevention Task Force.

“My vision is not to be the only developed country in the world that does not have some form of universal health care,” Delgado tells constituents at a recent debate.

His Republican challenger, Kyle Van De Water, is also a lawyer – but he served in the US army in Afghanistan for eight years and has the endorsement of the National Rifle Association (NRA).

Van De Water thinks childhood vaccinations should be optional and that the federal government has no business deciding on whether people should wear masks.

“You are my constituency, not San Francisco or Washington or Chicago,” said Van De Water at the recent congressional debate.

“I am an everyman. I come from a blue-collar family. I have served this country in Afghanistan and I am here to serve you.”

Delgado acknowledged the “pain and uncertainty” of recent times: “We can get through it if we come together, work together, put people before politics, think about our community, love our neighbours and do the work,” he added.

But the US has seldom been this divided, with far fewer voters undecided than when Trump was elected in 2016.

The owner of Prattville’s diner, his face barely visible between a red MAGA cap and a green paper face mask, declines to be interviewed. His waitress conveys the message.

“We learnt a long time ago to stay out of politics,” she says. But then she jabs her finger at a deer mounted on the wall with a Trump cap wedged between its antlers and adds: “He says the deer says it all.”

Along the counter, men in camouflage pants – some with scrawny ponytails – drink weak coffee while their big pick-up trucks line up outside. A short walk away at the local supermarket, the only magazines on display feature guns, hunting, fishing and cars.

Roland drinks his coffee in Rosalee’s, a diner in Andes – the small town closest to the upstate home of celebrity actor Kelsey Grammer and a longtime Trump supporter.

A genial man with massive white sideburns and a bulky leather camouflage jacket, Roland has spent most of his life between Long Island and the Catskills often working as a guide for hunters. Now in his eighties, he and his wife have retired to a farm outside the town.

“The Second Amendment is important for me, so is hunting… in a controlled way,” he says, referring to the right to bear arms contained in the US constitution.

“Trump has done wonders for the country,” he adds, crediting him with putting North Korea and China in their place and taking real estate risks in areas of New York where others were  “too scared” to develop.

Roland appreciates that Trump isn’t a “traditional” Washington-schooled politician – something that resonates with many of the radical individualists who have gravitated to Trump.

Kayleigh is thinking of going to college to study literature but while she figures out what to do, she serves men like Roland every day in the diner.

“I reckon I’ll vote for Biden,” she confides. “I get these old men asking me who I’m going to vote for every day. Given my age and my gender, they should be able to figure it out.”

Duane, who works in a nursery and fixes cars in his spare time, says he doesn’t bother to vote “because no one I like ever gets in”. With a mouth full of broken teeth and no healthcare to repair them, he is angry with Trump for “paying less taxes than I do”.

“I don’t like him. I reckon he bought his way into office,” says Duane softly, switching the conversation to his rescue dogs and how he’s going to buy a Mustang one day.

Van De Water’s website is based on homemade videos. His events consist of get-togethers organised by supporters – many of whom are policemen, firefighters, veterans and gun-lovers.

He seems unlikely to stand a chance against Delgado’s professional campaign. Besides, his opponent has managed to raise over $4-million while Van De Water has barely managed to scrape together $20,000.

Although election day is a few days away, getting a final result is likely to take far longer as legal challenges loom over postal votes and Trump continues to signal that he won’t accept electoral defeat. DM