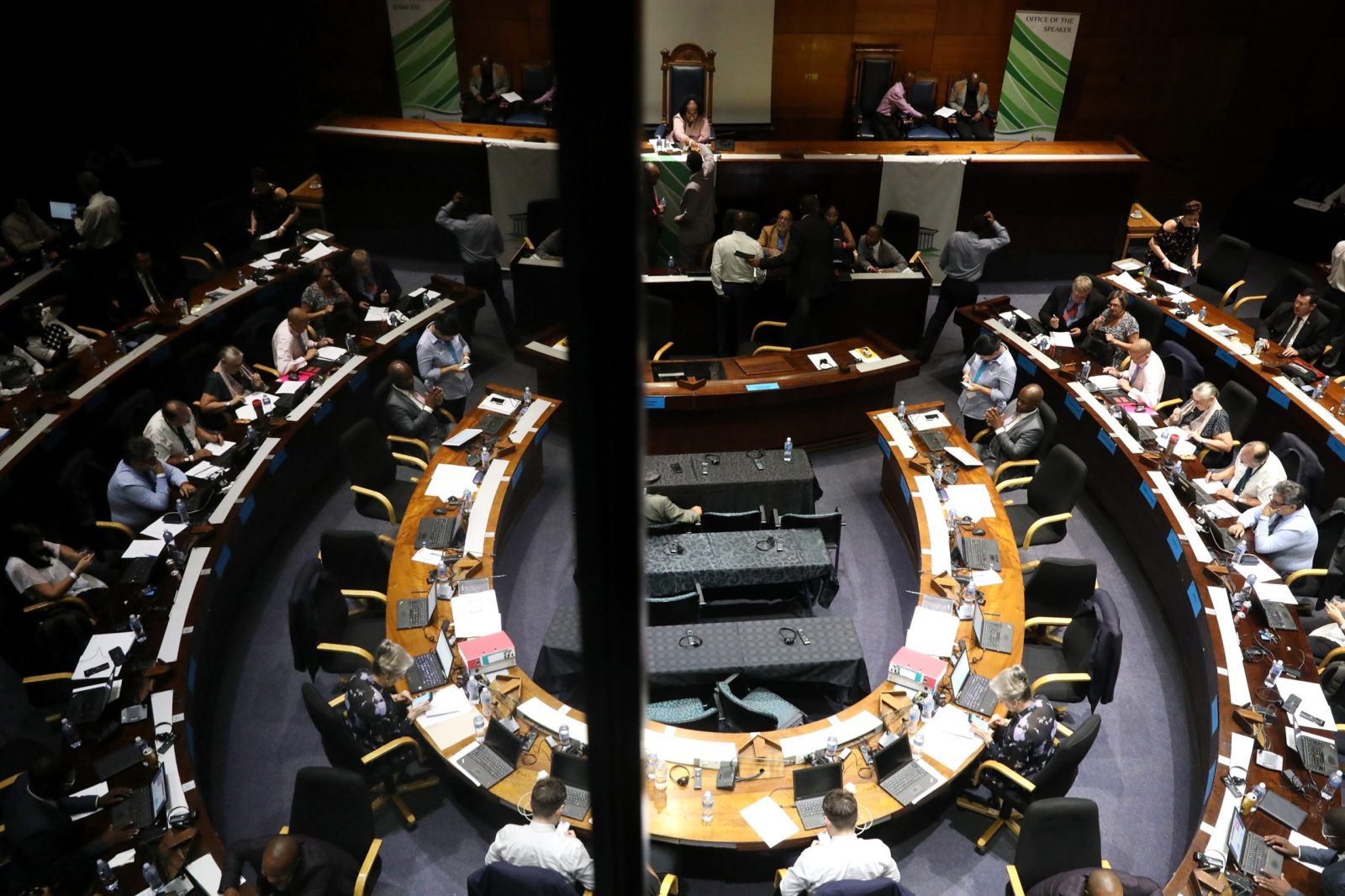 Councillors in the City of Tshwane will resume work after a Supreme Court of Appeal ruling. (Photo: Gallo Images / Sowetan / Sandile Ndlovu)

The DA and ANC agree the City of Tshwane has serious service delivery challenges, but they disagree on who’s responsible and how to respond. The Supreme Court of Appeal has upheld a ruling that the councillors must return to work after the city was placed under administration earlier in the year, but the political deadlock and its effect on residents is unlikely to end soon.

After almost eight months without work, councillors in the City of Tshwane will resume their responsibilities and potentially elect new city leaders after the Supreme Court of Appeal (SCA) upheld a high court decision that said councillors should resume control of the city pending a Constitutional Court hearing.

The drawn-out legal battle began after the Gauteng government dissolved the city council and placed Tshwane under administration in March 2020. The DA successfully appealed in the high court, which declared the province’s decision irrational and invalid.

The provincial government, ANC and EFF took the matter to the Constitutional Court, but the DA, which led Tshwane before a political deadlock left the city without a mayor, mayoral committee and municipal manager, went to court to argue that the judgment that overturned the dissolution and appointment of administrators should be implemented pending that appeal.

The Pretoria High Court agreed with the DA, and the SCA upheld that decision on Tuesday, dismissing the appeal by Premier David Makhura, the Gauteng executive council, and Cooperative Governance MEC Lebogang Maile, meaning that councillors should resume their work before the Constitutional Court hearing.

“If this court were to uphold the appeal, an unelected administrator would remain in place, accountable only to a different sphere of government that appointed him, and for far beyond the period envisaged in the Constitution,” said the SCA ruling.

The province placed Tshwane under administration in March 2020 and in such a case the Municipal Structures Act requires new elections to be held within 90 days.

The SCA judgment continued on the provincial government’s attempt to appeal against the implementation of the High Court ruling: “The choices of voters at the municipal level would then be disregarded, and the autonomy of local government undermined.

“And this, when the provincial government is controlled by a party that did not win the Tshwane municipal elections in 2016, and where the dissolution decision itself has been declared unconstitutional and unlawful.”

It said: “The [high court’s] order properly ensures that the councillors, duly elected by the citizens of Tshwane in 2016, are allowed to resume their rightful constitutional role, powers and responsibilities. The order gives effect to the rights of voters and preserves the autonomy of local government. It cannot be faulted.”

DA interim leader John Steenhuisen said the court victory gave the party “the green light to immediately reinstate our government in Tshwane so that we can roll up our sleeves and do what we were elected to do”.

The Gauteng ANC said it noted and was studying the judgment. It’s unclear what happens if the provincial government appeals against the SCA’s order in the Constitutional Court.

Despite Steenhuisen’s claims, the power struggles within the city appear far from over.

Part of Makhura and Maile’s justification for placing the city under administration was that the council couldn’t elect leaders. The DA and EFF arrangement that saw DA mayors elected after the 2016 election fell apart in 2019 and the ANC and EFF consistently walked out of council sittings between late 2019 and early 2020, denying the council a quorum.

According to the court order, ANC and EFF councillors will now have “to attend and remain in attendance at all meetings of the City of Tshwane Metropolitan Municipality Council unless they have a lawful reason to be absent”.

The DA holds the most seats in the council ahead of the ANC and EFF, but it doesn’t hold a majority.

While the political and legal battles have been raging for almost a year, the ANC and DA have both noted serious service delivery issues in Tshwane.

“There have been serious concerns expressed about the deteriorating levels of service delivery, maladministration and political instability in the DA-led coalition government that led to the decision to dissolve the council,” said ANC provincial secretary Jacob Khawe.

The provincial government’s decision to place the city under administration and pay administrators up to R10-million by September, according to the DA, was partly based on the city’s failure to provide clean drinking water in Hammanskraal and the alleged mismanagement of Wonderboom Airport.

The Gauteng government and administrators in charge of the city claimed they were improving issues in the city, but since March there have been widespread complaints about refuse removal and water and electricity interruptions.

After a recent visit to the municipality, Parliament’s cooperative governance committee, led by Faith Muthambi, said the city was short of required senior managers, lacked effective oversight and accountability structures and suffered high losses of water and electricity.

“It is concerning that SA’s capital city is in the state that it finds itself in, especially with no visible plan to deal with the matter. The committee has thus urged the city to look at ways to deal with the proliferation of filth in the city and return it to its pristine previous state,” Muthambi was quoted as saying. DM

If you’d like to talk about service delivery issues in the City of Tshwane, please email [email protected]