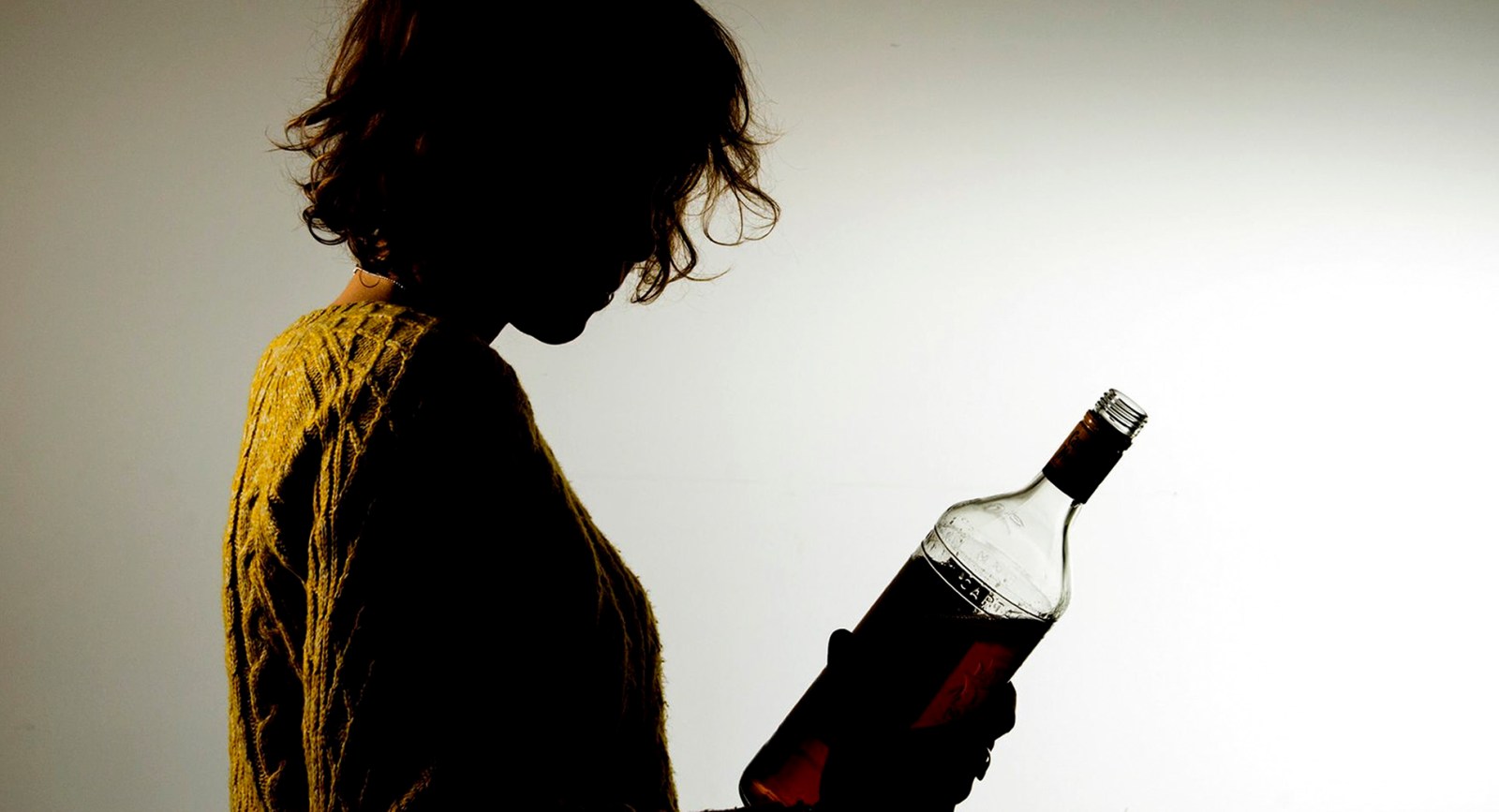 We have an opportunity to ensure that we don’t go into a post-pandemic South Africa facing the same levels of alcohol-related harm that bedevilled the nation before the coronavirus struck, says the writer. (Photo: news.sky.com / Wikipedia)

For hundreds of years under colonialism and apartheid, the ‘dop’ system made cheap wine available to farm workers in lieu of part of their wages. They did not buy it directly themselves – white farmers would buy the wine in large quantities for next to nothing and dispense it to those working for them. It saved the farmers money and enslaved the workers.

The consequences of this nefarious system – which is said to continue quietly in some places today, even though it has been legally outlawed – include widespread addiction to alcohol in affected communities and South Africa’s unenviable position as the country with the highest incidence of Foetal Alcohol Syndrome Disorder (FASD) in the world.

But, though the “dop” system is not as ubiquitous as it once was, cheap wine is still available in the form of the notorious “rooi proppies” – distinctive red-topped five-litre plastic containers – that even the unemployed can scrape together enough money to buy.

The damage to the health and well-being of the consumers of this replacement for “papsak” wine (an earlier cheap wine product that was supposedly banned in 2017) is not substantially different to that of the “beneficiaries” of the dop system.

But the practice of making larger quantities of alcohol available at cheaper prices is not restricted to wine, nor is it aimed only at unemployed or working-class people with limited disposable income.

In fact, Woolworths has recently expanded its offering of a range of quality wines normally available only in 750ml glass bottles – the same wine is now sold in 2l boxes with the assurance that the standard of the boxed product is identical to the bottled variation.

Of course, other more common wines have been available for some time in 2l, 3l and 5l containers, including old staples like “Tassies” and Paarl Perlé.

Beer and cider, which were originally sold in 340ml and 500ml containers, have been available in 750ml containers for many years and, more recently, in 1l bottles. Even spirits, generally sold in bottles of 750ml or less, can be found in 1l and 1.5l versions.

There are two consequences arising from the increasing tendency to supply alcohol in larger containers: the alcohol is cheaper per litre and therefore more accessible, and customers are encouraged to drink more. This is particularly true of beer and cider which have to be consumed in one sitting, otherwise they go flat.

Containers of wine and spirits can be closed and used later, but the temptation to drink more when confronted by greater quantities at cheaper prices can be overwhelming, particularly for the many drinkers whose preferred practice is binge drinking.

In a 2018 study undertaken across 50 global cities by Deutsche Bank, Johannesburg and Cape Town featured among the five cities which had the cheapest beer available. Furthermore, there is a practice among retailers to make hard-to-resist offers of bulk quantities of liquor at mouth-wateringly low prices. This happens particularly on public holidays, during major sporting events and at month-end.

Of course, it is possible to buy two dozen beers rather than a six-pack in order to take advantage of a bargain and then consume them at a reasonable pace over a period of weeks or even months, but how many people actually do that?

The whole point of buying cheap is so one can drink more for less. The sellers know that and the buyers know that – that’s how the system works. Even the upmarket wines now being sold by Woolies in 2l boxes use savings as a selling point – you get up to 500ml free, they say, if you buy the 2l box rather than the traditional 750ml bottle.

A pertinent example of the perils of making alcohol too cheaply available is the Tin Roof incident in Cape Town – a nightclub that shouldn’t have been open as a club under Covid-19 regulations, later claiming it was operating as a bar, has been accused of being a coronavirus hotspot with reports of a large number of people, including matric students, testing positive for the virus after a night out at the venue.

What cannot be ignored is that, in the days before the 3 October bash, Tin Roof was enticing patrons by advertising drinks on social media at heavily discounted prices.

WHO strategy to reduce alcohol harm

In their 2010 Global Strategy, the World Health Organisation (WHO) suggests three “best buys” to reduce the harmful use of alcohol.

Elements of all three goals can be achieved if the government adopts the principle that the price of alcohol should be controlled to make it less affordable. Prices would be higher, alcohol would be less available because consumers would buy less if it cost more, and such a policy would mean that there could be no advertising of special offers.

Higher pricing can be achieved in a number of ways: these include minimum unit pricing (MUP) (used, inter alia, in Scotland), meaning an end to discount offers; disallowing large container sizes; the imposition of higher excise taxes; and, perhaps more controversially, stopping the awarding of general alcohol licences to supermarket chains like Pick n Pay, Makro, Spar, Foodlovers, Shoprite and Checkers, who collectively have done more to bring alcohol prices down and increase availability than anyone else over the past years.

These measures would have the effect of reducing the levels of alcohol consumption as people adjusted their drinking habits to accommodate the impact of higher pricing on their budgets.

Of course, this wouldn’t be enough to reduce alcohol harm levels sufficient to bring about an alcohol-safe country. Pricing strategies would have to be accompanied by a range of advertising restrictions (or, ideally, a complete ban on alcohol advertising and sponsorships), further measures to reduce alcohol availability (eg limiting operating hours and alcohol outlet density, and raising the legal age of drinking to 21), and steps to reduce alcohol-related road accidents.

How hard would it be to introduce such measures?

Not hard at all. In 2016, Cabinet approved the department of trade and industry’s new liquor policy, which is based on the WHO Global Strategy recommendations and is intended to address inadequacies in the Liquor Act of 2003.

Furthermore, a Liquor Amendment Bill was also drafted in 2016, approved by Cabinet, released for public comment, debated in numerous public hearings and other forums such as NEDLAC, and revised ready for presenting to Parliament for consideration. All that’s needed is for it to be put on the Parliamentary agenda, processed and handed over to the President for sign-off.

The equally long-outstanding Road Traffic Amendment Bill which, inter alia, seeks to reduce the blood alcohol content (BAC) level of drivers, has at least reached Parliament and has very recently been released for public input.

As we move closer to the end of the Covid-19 State of Disaster period, during which the country’s challenges with alcohol-related harm were foregrounded in an unprecedented way, we have an opportunity to ensure that we don’t go into a post-pandemic South Africa facing the same levels of alcohol-related harm that bedevilled the nation before the coronavirus struck.

To waste the chance to have a “new normal” in our country with respect to the sale and consumption of alcohol – one which would allow us to enjoy an alcohol-safe reality – would be a tragedy and a betrayal of our responsibility to future generations, particularly our youth, whose prospects should not be threatened by growing up in a society which does not have adequate measures in place to protect them from the harmful use of alcohol. DM/MC

Maurice Smithers is a long-time social and human rights activist and Director of the Southern African Alcohol Policy Alliance of South Africa (SAAPA SA), which aims to give civil society a “loud” voice in the formulation and implementation of public health-oriented liquor policy and to counter the influence of the liquor industry on the framing of liquor legislation.