Omnia mulls over future of its portfolio star 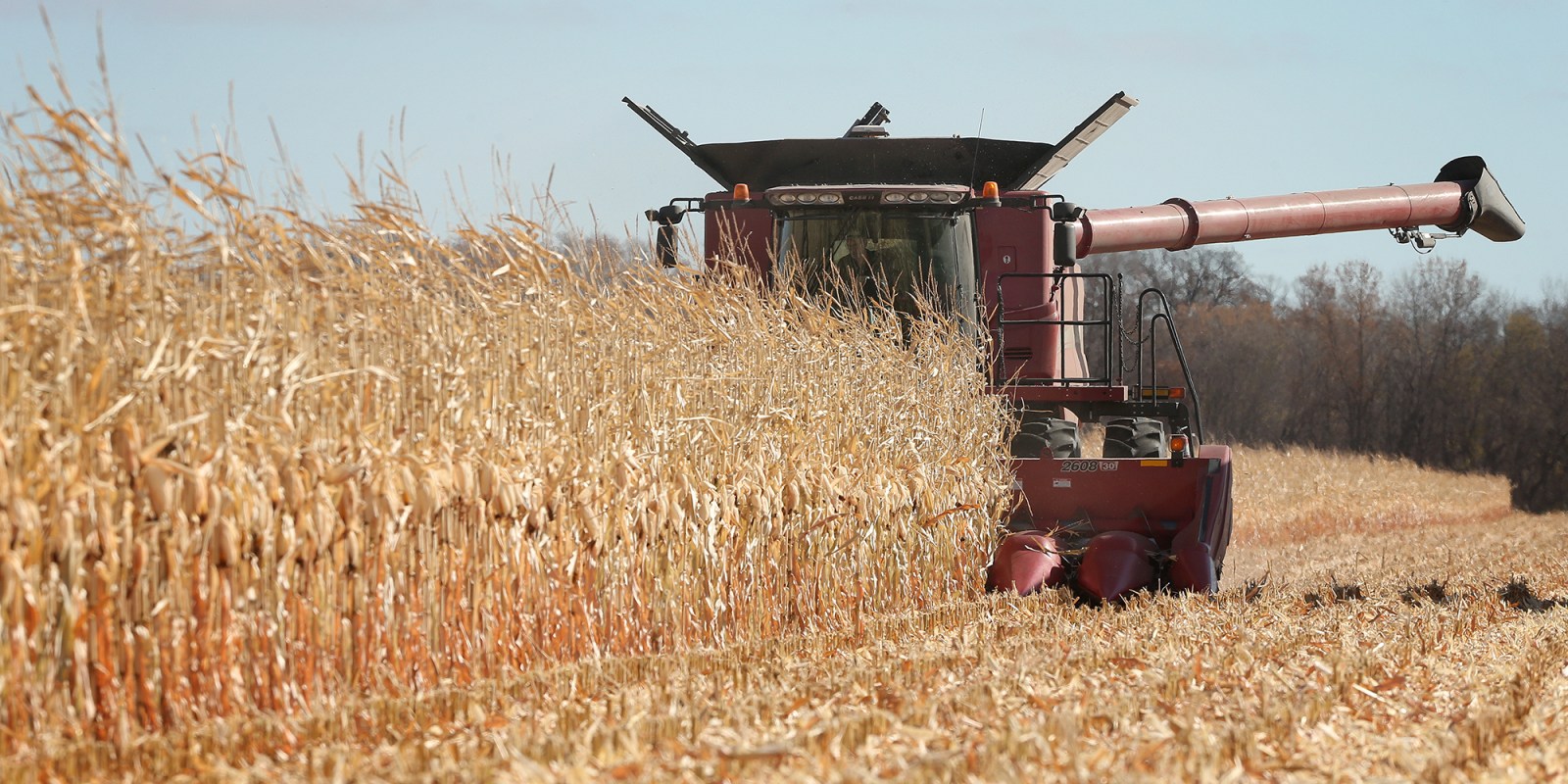 Oro Agri, which was incepted in 2002 and distributes to more than 2,000 distributors in 85 countries, manufactures a range of environmentally friendly agricultural adjuvants (improves plant immunity to diseases) pesticides and foliar nutrients for agricultural, greenhouse, nursery and turf applications. (Photo: Shannon VanRaes/Bloomberg via Getty Images)

As the world moves towards sustainable farming methods, chemicals company Omnia is sitting on a gem – which it plans to sell. The question is, at what price?

The management of JSE-listed chemicals company Omnia is in negotiations to sell the company’s crown jewel, US-based Oro Agri, at a presumed significant premium to the R1.2-billion it paid for the firm in March 2018.

Omnia, which manufactures and supplies chemicals and specialised services for the agriculture, mining and chemicals application industries, alerted the market in June that it had received and was considering an unsolicited offer for the company.

A subsequent update, issued after market close on Monday, cautioned that discussions had reached the stage of final negotiations. It added that if a transaction was concluded, this could affect the share price.

It’s a bit late for that warning. In the last seven days, the share has risen by 20%, presumably on the back of speculation that a deal is nigh.

The share, which reached a high of R184 in January 2017, has, however, been rising steadily from its low of R12.50 in May this year, particularly since management reported a dramatic turnaround in company fortunes in July. At the time, Omnia reported a profit of R129-million for the year to March 2020, compared with a loss of R414-million in the previous year.

Oro Agri, which was incepted in 2002 and distributes to more than 2,000 distributors in 85 countries, manufactures a range of environmentally friendly agricultural adjuvants (improves plant immunity to diseases) pesticides and foliar nutrients for agricultural, greenhouse, nursery and turf applications.

It was seen, at the time the deal was done, as a good fit for Omnia, with its established global distribution network that could provide additional channels for Omnia’s agricultural products.

And indeed, it has shot the lights out.

In its results to March 2020, Oro contributed 11% of the agricultural division’s revenue (R914-million on R8.6-billion) but a healthy 35% of the unit’s divisional operating profit (R208-million out of R593-million), notes food producers and agriculture analyst Anthony Clark. Year-on-year, Oro’s profitability rose by 98%, while like-on-like revenue rose by 28%.

Overall, Omnia’s performance has been improving after the company faced up to reality last year that its 2018/19 expansion strategy was a tad ambitious, particularly in the face of the company’s worse than expected organic performance.

After being cash-flush and debt-free in 2016/17, management racked up R4.4-billion worth of debt with the acquisition of Oro, the R780-million acquisition of petroleum product distributor Umongo, and the R700-million investment in a nitro phosphate plant in Sasolburg, which was completed in May 2019.

A board-sanctioned shake-up saw the resignation of chairman and former CEO Rod Humphris in June 2019, and shortly thereafter of MD Adriaan de Lange.

The decision on whether to sell Oro and at what price is a capital allocation decision that will define the group’s future trajectory.

“The market would clearly be happier with a debt-free Omnia with cash on hand,” says Clark. As it is, the share price movement since the rights issue has more than compensated for the highly dilutive offer.

The question he asks is, “Would the icing on the shareholder cake be the sale of Oro, which alongside ongoing restructuring benefits leads to a more profitable, dividend-rich paying Omnia again?”

Selling Oro is certainly not mandatory. At the presentation of the results in July, Gobalsamy made it clear that ongoing strategic realignment and margin enhancement of existing underperforming and underutilised plants was underway and would deliver uplift benefits.

In other words, assets that are not sweating their stuff will be sold.

“This would improve profit margin and earnings, facilitating a pay-down of the remaining debt,” says Clark.

Market conditions have also improved for the firm, with the largest division, agriculture, expected to have a good domestic season.

The weaker rand and closure of borders due to the Covid lockdown will have hindered the importers and blenders of fertilisers, Clark says. In addition, good futures prices for soft commodities could see farmers planting more maize and soya than last season.

Further, a new explosives contract – won during the lockdown – will add 20% to volumes and will aid the smaller of Omnia’s two key operating components.

Clark possibly echoes the sentiment of many shareholders when he says: “Part of me, the part that understands agricultural dynamics and global trends, does not want Omnia to sell Oro; it’s a great asset that will surely add ongoing value to the business, especially in a weak rand environment.

“However, the corporate broker within me can see the compelling narrative of selling the stock 2½ years after buying it for R1.2-billion, clearing total group debt and providing cash on hand for any strategic expansive moves.” DM/BM