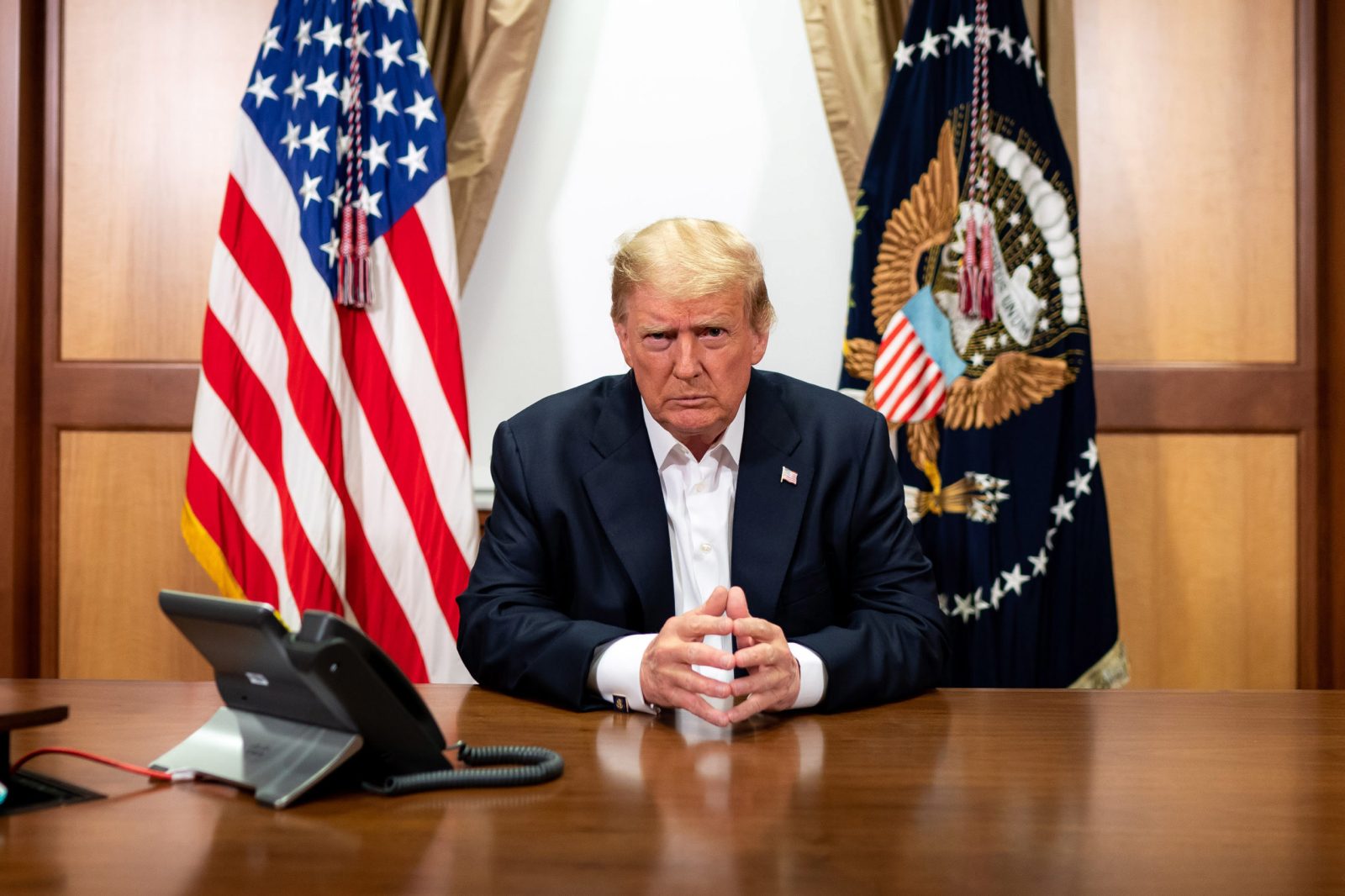 WASHINGTON, Oct 8 (Reuters) - President Donald Trump said on Thursday he would not participate in a virtual debate, throwing into doubt the second presidential debate between Trump and his Democratic rival, Joe Biden, scheduled for Oct. 15.

His words came moments after the commission that oversees the debates said the event would be conducted from remote locations in the wake of his COVID-19 diagnosis.

“That’s not acceptable to us,” Trump said on a phone call with Fox Business, adding he thought the virtual format would allow the moderator to cut him off.

Trump said he would not attend the debate if he was contagious but that he thinks he is now well enough to hold campaign rallies.

The Commission on Presidential Debates said the debate would remain a town hall-style conversation and that voters and the moderator will ask the candidates questions from the original debate site in Miami.

The Biden campaign welcomed the move.

“Vice President Biden looks forward to speaking directly to the American people and comparing his plan for bringing the country together and building back better with Donald Trump’s failed leadership on the coronavirus that has thrown the strong economy he inherited into the worst downturn since the Great Depression,” said deputy campaign manager Kate Bedingfield.

The news came a day after the sole vice presidential debate between Vice President Mike Pence and Biden’s running mate, Senator Kamala Harris, who clashed repeatedly over the Trump administration’s response to the pandemic, which has killed more than 210,000 Americans.

Biden and Harris will travel together to the battleground state of Arizona on Thursday, while Pence will also visit the Southwestern state after starting his day in Nevada. Trump, who revealed a week ago that he had tested positive for coronavirus, remains sidelined from the campaign trail.

The first Trump-Biden debate was chaotic, with Trump repeatedly talking over his rival and the moderator, leading some to call for the moderator to have the option of muting participants’ microphones in future matchups. It was not immediately clear how the virtual format would work.

Pence, in his debate on Wednesday, defended Trump’s record on the pandemic and other issues under sharp attack by Harris, who said Trump’s failures had cost American lives. The quiet, mostly civil debate was a sharp contrast to the combative encounter between Trump and Biden.

With less than four weeks to go until the November election – and more than 5 million votes already cast – the vice presidential debate was unlikely to change many minds in a contest dominated by voter reactions to Trump and Biden.

Nevada and Arizona, where the candidates will travel on Thursday, are critical swing states in the Nov. 3 election. Biden has led Trump consistently in national polls, but polls show a tighter race in many of the states that will decide the election. (Reporting by Michael Martina, additional reporting by Joseph Ax; Writing by John Whitesides; Editing by Scott Malone, Peter Cooney, Chizu Nomiyama and Steve Orlofsky)