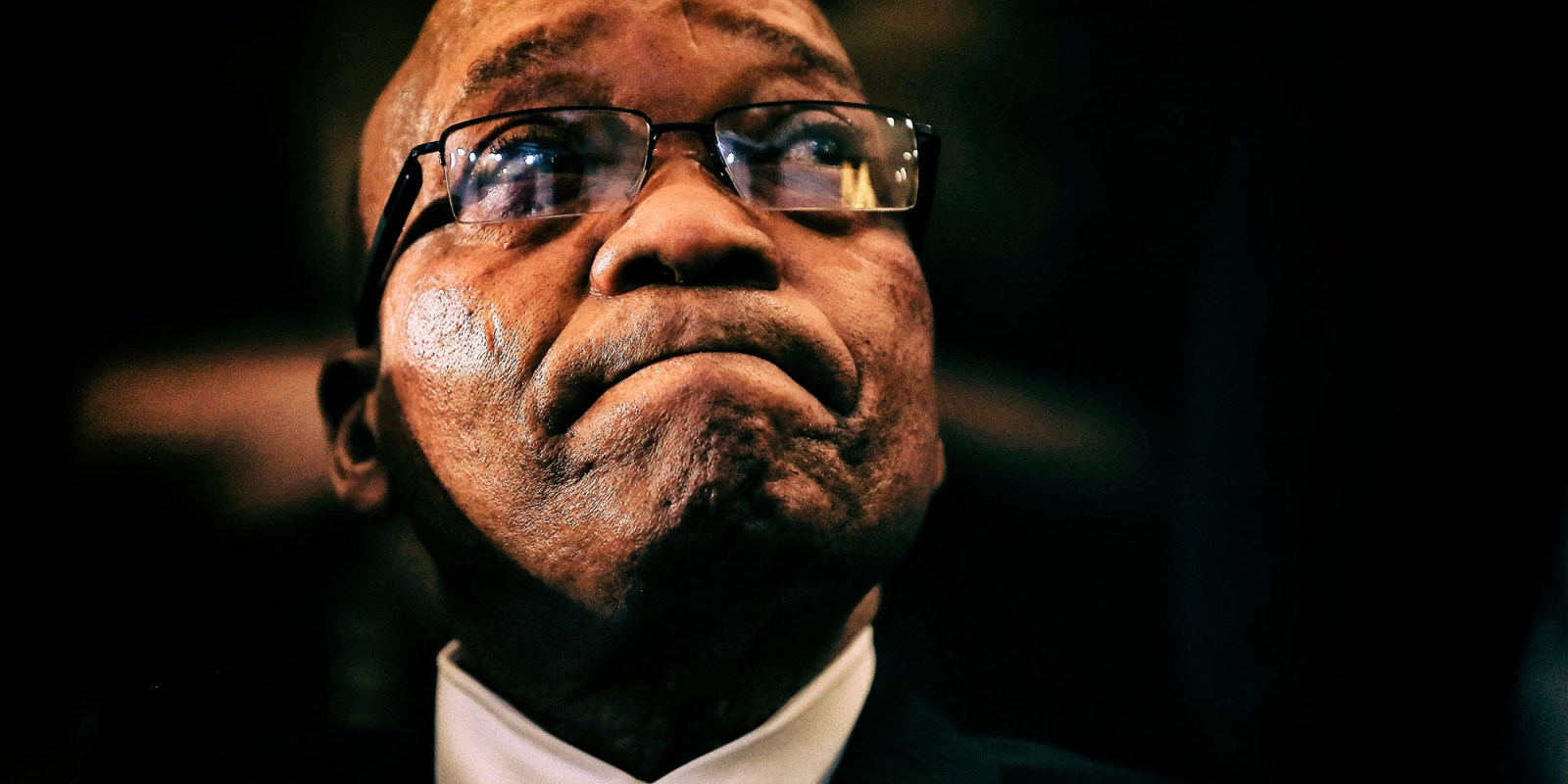 That doesn’t mean that moral standards are unimportant. Irrespective of good intentions, if one doesn’t know how to turn dysfunctional systems around, efforts to live and work to a moral standard will be difficult, if not outright impossible.

We are not saying South Africa’s public institutions, in particular, are at that point yet. We have to take care that they don’t reach that state.

Here is a true story to illustrate the point:

A senior manager at the South African Revenue Service (SARS) gave this account about his first months on the job, sometime before the SARS transformation programme unfolded from 2000/01. In 1998, as part of his training, he was required to spend time at a border post as a customs officer. He duly processed goods transported by companies and travellers. He was grateful for the opportunity and did his best to impress the line management. He did his work, as laid down by the manuals. At the end of the week, he was called aside by a higher-ranking officer, given an envelope with money, and told, “This is your share.”

Whether he wished to or not, he was inducted into a corrupt system at that border gate. He was fortunate that the placement was part of his induction training and he had the scope to move to another business unit. Imagine a young person who is put in that situation and has to continue working there. What chances would they have to be clean and competent?

The “original” systems in many state institutions have been eroded and have been broken. As previously argued, broken institutions and systems mean that the normal flow of activities does not take place in a predetermined and predictable manner. There is a build-up of huge backlogs. The visibility of operations is impaired.

Increasing dysfunctionality in institutions and systems increases vulnerabilities to abuse, theft, fraud and corruption. Collusion between corrupt and self-serving internal and external interests becomes easier and will meet only limited resistance from the remaining pockets of integrity and good governance within institutions. And hundreds of daily interventions reinforce these self-perpetuating corrupt systems.

Yet, there are certain places which can be described as islands of excellence, where one can survive without having to do wrong things. Despite the rot in public administration, there are scores of police stations, clinics, schools and other facilities that are well run. Many of us instantly recognise the difference when we are there. These places are led by exceptional leaders. They go through hardship and personal sacrifice to maintain relatively good local working environments. However, these islands have a precarious existence. They can slide backwards at any time, as their good practices are not hardwired into systems and their leaders are not supported by the most senior managers of institutions.

It looks like a no-win situation. It need not be so if there are some executives with systemic plans, if they are supported by political leaders and if there is strong and widespread grassroots mobilisation and organisation of civil society. The following is a proposal to overcome corruption systemically, beyond only law enforcement.

All three are underpinned by a social milieu which may look the other way, accept corrupt practices as normal, or even encourage it.

At the strategic level, corruption takes place when policy decisions are manipulated so that certain groups gain undue advantages. An example would be the political influence the pharmaceutical and defence industries wield in the US. Corruption at this level is dangerous and can damage countries quickly. Obviously, this corruption cannot be controlled by operational means. It should be addressed by transparent, open government, robust policy-making and other good strategic management practices.

At the programme/project level, corruption takes place through the diversion of projects, by tampering with project design, or in the awarding of major contracts. Examples would include infrastructure build or purchasing expensive equipment without proper business cases. Single incidents may not appear to be of national consequence, but they can become so widespread that they undermine institutions and communities. Some of the corruption that occurred under a decade of State Capture in our context falls into this category. It can, and should, be addressed by the professionalisation of government and by good governance mechanisms, including transparent reporting. Civil society organisations can play an effective role through social auditing, the delivery of services to communities where the state has failed and by targeted litigation in instances of blatant corruption.

Then there is corruption at the operational level. We note here that we were amazed to learn that around 2010/11 there were hundreds of employees who could procure in just one department in the Eastern Cape. This design made the control of procurement services and products very difficult. Most state institutions are in the same situation. Corrupt transactions manifest in quality, cost or delivery issues, and will include kickbacks. When systems are broken, many individuals take the opportunity to intercept transactions to further bleed the system.

Corruption at the operational level can be controlled to a large extent at the strategic and programme levels through the appropriate design of processes and checks and balances. This description of levels of corruption applies not only to procurement but also to recruitment, personnel management, project management and service delivery.

A policy mistake cannot be corrected at the programme level and a programme mistake cannot be corrected at the transactional/operational level. In short, we cannot solve the corruption problem only by investigating individual incidents, from the bottom upwards. We have to determine what the appropriate treatment/action is for the level at which the corruption originates.

Fighting corruption is necessary, but not sufficient

Corruption should be seen as a symptom of a dysfunctional state apparatus. In most instances, the system has broken down to such an extent that the current system becomes incapable of delivering its mandate. It has become so dysfunctional that it cannot be revived by just removing corrupt individuals. That is a necessary step but not a sufficient one. We should incorporate the anti-corruption strategy into a rebuilding of government capability so that both strategies leverage off each other. This unified strategy has to have a clear transformational agenda that is transparent, has integrity and is effective.

What should such a transformation strategy entail? There are three ways excellence can be created in a system:

Re-engineering on a large scale is not an option. South Africa presently does not have the will nor the capability for this option. In fact, few governments in the world can afford to do that.

The third option can work with certain institutions. However, the safest way to transform is to use the second model – it has worked before. SARS was transformed into a world-class centre of excellence. The capture of SARS has set the institution back many years. Nonetheless, the lesson is clear: We can still create pockets of excellence.

Corruption becomes a social phenomenon when it becomes a norm to accept and laud corrupt and powerful people. This cannot be solved by introducing control mechanisms in state institutions and by the actions of law enforcement. The appropriate response primarily has to be a “values building” programme in which civil society formations must play an active role.

For government institutions, the strategy is to design and implement development programmes with a three-pronged approach. The effort has to be well-managed: meticulously planned and monitored, with experiences shared and successes leveraged across all activities.

The identified institutions should be brought under a transformation programme to build pockets of excellence, using a project management methodology. It should be resourced with the best (competent and honest) people available and the required budget. These institutions should be ring fenced to build the future mode of operations. This future mode – while reconfiguring the system – should dismantle the corrupt informal system that exists. In tandem, politicians should declare that these are no-go-zones for incompetence and unethical behaviour.

We emphasise that it is far better to select a few priorities and galvanise an overwhelming capability to succeed, rather than another long wish-list of projects that are stillborn.

Systemic transformation changes (people, processes, policies, procedures, reporting and reviews) must be rolled out across the government. The will and the available capability will determine the extent and pace of change.

South Africa is a complex society, with many interest groups. One leader, however willing, cannot succeed in making government efficient and effective. It is the responsibility of the whole society to be ready to support well-intentioned political leadership while demanding integrity, delivery, transparency and accountability.

To sum up, we can reduce and minimise corruption by:

This article attempts to contribute to the discourse in addressing dysfunction and corruption. The authors are grateful for the public responses to Part One of this series and have tried to incorporate such proposals in this and future articles. In forthcoming articles, we will delve into procurement, management of employees in state institutions, operations management and law enforcement. DM

Pillay is a former SARS Deputy Commissioner. Kesavan and Pikie were both senior managers at SARS. They all resigned in 2015. This is Part Two of their research paper on corruption.