Third terms for presidents of Côte d’Ivoire and Guin... 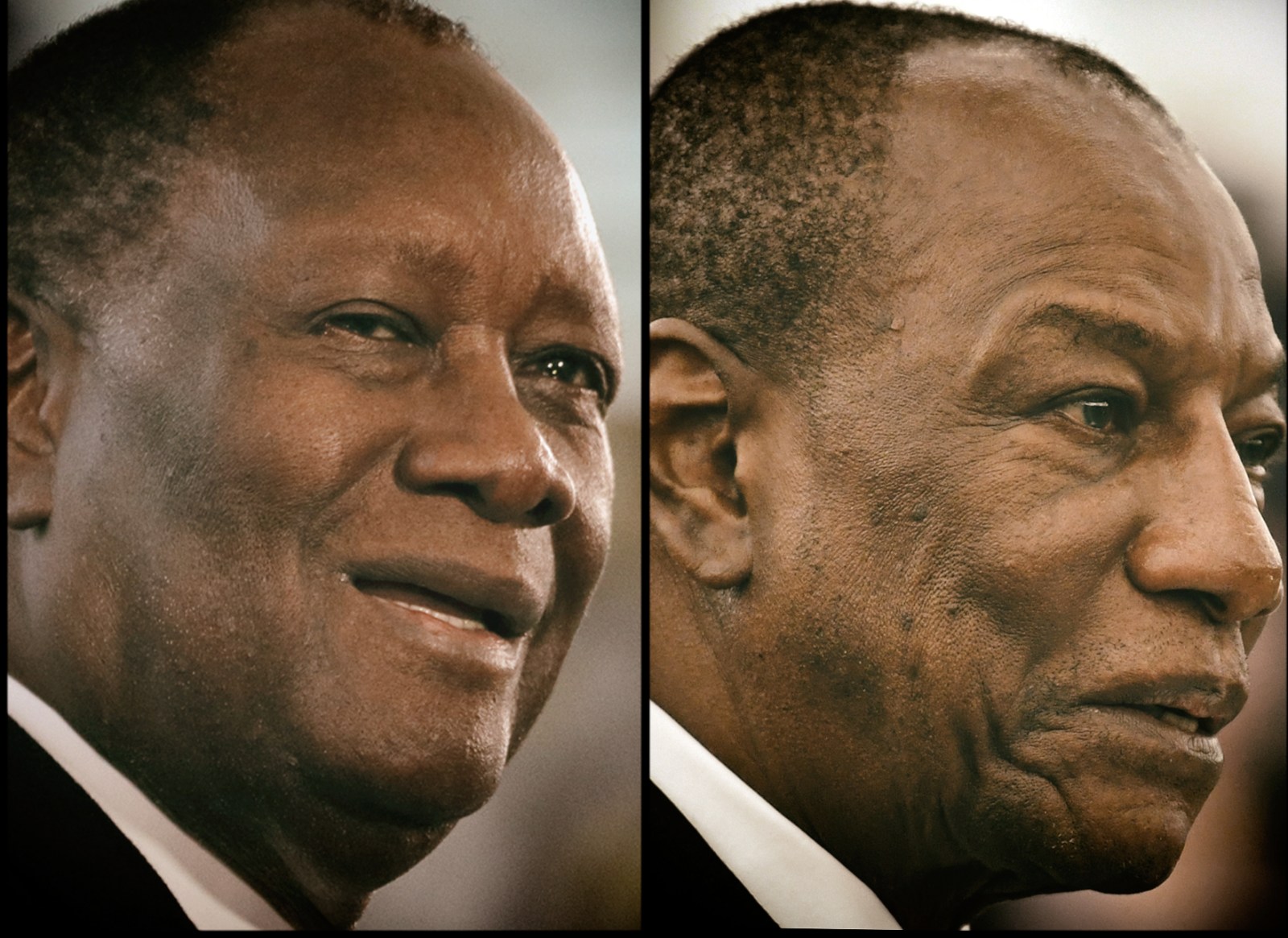 Regional leaders should prevent crises related to power transfers and restore some sense of accountability in African politics.

Guinea and Côte d’Ivoire will hold presidential elections this October. The polls are vital for the countries’ stability. But the outgoing leaders of both countries are standing for a third term – an ominous reflection of deep problems with democracy in West Africa.

These challenges relate to the Economic Community of West African States’ (Ecowas) waning authority on conflict prevention and good governance. It comes at a time when the region’s citizens most need institutional support to protect democratic gains and fragile peace deals.

In West Africa, citizens and international development actors have tried to build democracy and stability by working towards peaceful political transitions. These efforts are underpinned by regionally accepted governance norms, including constitutional term limits. These standards are being tested in Côte d’Ivoire and Guinea, where Alassane Ouattara and Alpha Condé, using constitutional reforms, want to remain in power beyond the two-term limit.

The recent history of both countries, marked by chronic political instability and armed violence – in part originating from electoral disputes – should serve as a warning. The attempt by both presidents to extend their terms is surprising given their political background and the circumstances of their rise to power.

Condé fought against dictatorship for over four decades, rising to power in 2010 to lead Guinea. Ouattara became president following 10 years of war that divided Côte d’Ivoire between the rebel-controlled north and state-held south.

The election of both in 2010 created expectations for a democratic renewal that would strengthen the rule of law, instil a political culture of inclusiveness, and consolidate peace and socio-economic improvement for citizens. However, progress towards national cohesion and peace in both countries has been patchy. Under these leaders, divisions have deepened, creating antagonistic political and social forces.

The inability of Ecowas to prevent conflicts is a factor in these developments. The problem isn’t with the regional body’s policies or abilities. Instead, it is that Ecowas decisions don’t align with citizens’ concerns over their leaders’ anti-democracy practices. Citizens expect Ecowas to act against leaders who take power through coups, refuse to concede electoral defeat or resist the peaceful transfer of power (Gambia 2018) and who manipulate their constitutions to secure third terms (Guinea and Côte d’Ivoire).

Ecowas is perceived as lacking consistency in enforcing its own policies, which weakens its credibility. Citizens believe the regional body is inclined more towards protecting incumbents than supporting democratic values. In 2015, Togo and Gambia rejected Ecowas’s proposal for a mandatory two presidential terms – a step that could have reinforced the body’s stance on the third term.

The fact that Ouattara and Condé are seeking third terms reflects the (re)emergence of autocratic regimes that repress human rights activists to quell popular discontent or upheaval. It also illustrates that national checks and balances – such as independent constitutional or supreme courts and parliaments – are increasingly unable to control and regulate the actions of governments and leaders.

Seeking a third term essentially points to the failure of most political reforms undertaken by so-called democratically elected leaders in Guinea and Côte d’Ivoire. Almost all were geared towards consolidating power and furthering presidential ambitions at the expense of social cohesion, viable economies and sustainable peace.

Neither country was able to achieve an effective reconciliation process and consensual political reforms. Ouattara and Condé’s attempts to run for third terms are exacerbating existing tensions and could plunge both countries into further violence.

Third term ambitions follow a historical trajectory in Africa. Research published by the Electoral Institute for Sustainable Democracy in Africa in 2017 and recent data collected by the Institute for Security Studies shows that since 2000 there have been 25 attempted constitutional amendments to favour presidential third term projects. Of these, only seven failed; 18 were successfully implemented or enforced.

Countries that have changed their constitutions to keep incumbents in power haven’t all been sanctioned either by the African Union (AU) or regional economic communities. Previously in West Africa, attempts to serve more than two mandatory terms have met popular resistance. But the prospect of mass defiance doesn’t seem to deter current leaders.

Instead, they relentlessly repress and manipulate the judiciary and the law to exclude opponents from standing for elections. Even after being democratically elected, some leaders such as Ouattara and Condé, believe that to be powerful, they need weak institutions and a patrimonial system.

West Africa has had its share of single party rulers and life presidents who have left countries broken, at war and poor. Now the region is grappling with insecurity and violence in the Sahel and Lake Chad Basin regions, along with expanding violent extremism and dire socio-economic impacts of Covid-19. It doesn’t need another crisis.

Regional authorities and development partners must urgently dissuade Guinea and Côte d’Ivoire’s leaders from running again. Ecowas, the AU and external partners should facilitate constructive and meaningful political dialogue to avoid a resurgence of crises in both countries. In the past, this has helped iron out differences, make concessions and reach consensus on the political process. The upcoming elections must also be inclusive, peaceful, free and fair.

In the medium term, better ways must be found to reinforce pro-democracy forces in each country such as civil society organisations, human rights protection organs, political parties, women’s associations and the justice system.

Regional leaders should reaffirm that third term bids are another type of unconstitutional change of regime that must be rooted out of the continent’s political culture. They need to review and harmonise existing policies and enforce the norms they put in place. These steps could prevent further crises related to the transfer of power and restore some sense of ethics and accountability in African politics. DM