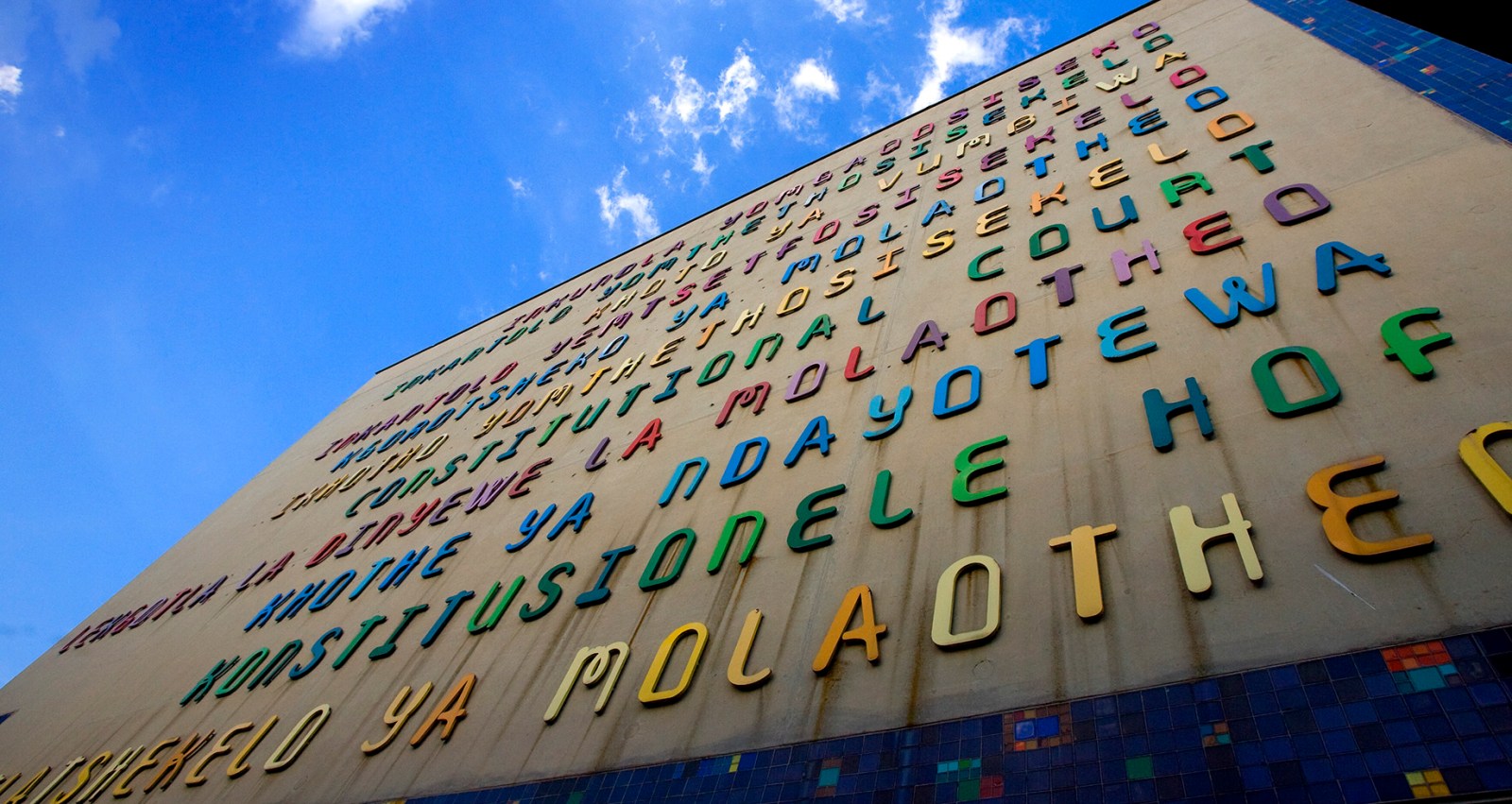 “When our first democratically elected government decided to make Heritage Day one of our national days, we did so because we knew that our rich and varied cultural heritage has a profound power to help build our new nation.”

To mark Heritage Day, Maverick Citizen will be publishing a series of articles that celebrate our diverse cultural and political heritage. The articles aim to provoke thought and reflection leading up to Thursday’s launch of the important Our Constitution website by the Constitution Hill Trust, which we hope everyone will engage with.

This week there are two important United Nations international days that are relevant to civil society struggles in South Africa:

Right now, we all face a common enemy – a virus that threatens our health, livelihoods and security. Instead of political arguments and senseless wars, we should focus our efforts on defeating Covid-19 if we hope to build societies based on equality and social justice.

On Monday, 21 September, we observe the International Day of Peace. Established in 1981 through a unanimous UN resolution, Peace Day is devoted to strengthening the ideals of peace, through observing 24 hours of ceasefires and non-violence. This is particularly important in southern Africa, as we face increasing state brutality in Zimbabwe and violent actions by armed insurgents in regions of Mozambique.

When it comes to Covid-19, tourism has been among the hardest hit of all sectors. Restrictions on travel and a sudden drop in consumer demand led to an unprecedented fall in international tourism numbers, which in turn has caused massive economic losses. Women, youth and workers in the informal economy are most at risk from tourism sector job losses and business closures.

This year’s World Tourism Day, Sunday, 27 September, comes at a critical moment as countries around the world look to tourism to drive economic recovery.

Maverick Citizen’s choice of Webinars of the Week

The introduction of a universal basic income grant in South Africa has become a serious consideration and hot topic of debate. However, discussions have rarely offered a gendered analysis. Is this a cause that women and feminists should take up, and if so, why?

On Wednesday, 23 September at 15:00, join the Institute for Economic Justice for the second webinar in a series titled Feminist Economics. This week’s webinar will focus on conversations on feminist perspectives on the economy, social provisioning and the basic income grant. 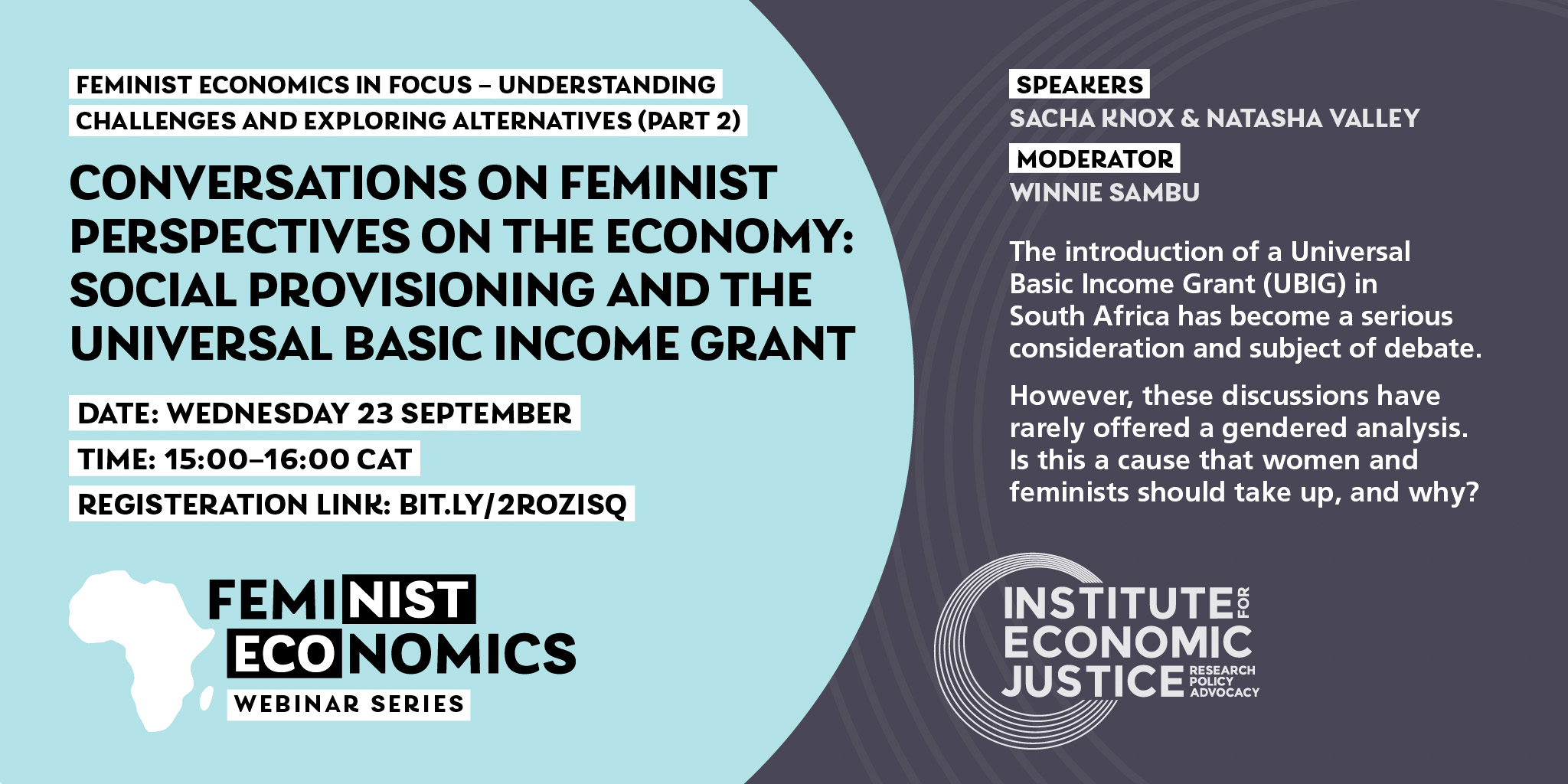 It is easy to overlook the deepening climate crisis while we are living through a pandemic. However, global warming is worsening. On Friday, 25 September, activists and organisations around the world have called for a Global Day of Climate Action.

South Africa is the biggest climate polluter on the African continent. The Climate Justice Coalition is calling on the people of South Africa to march for climate, jobs and a just recovery. The CJC is inviting people in Tshwane to march from the Union Building to Church Square, and encouraging activists and organisations to do the same in cities, towns and villages across South Africa. The march will start at 10:00. 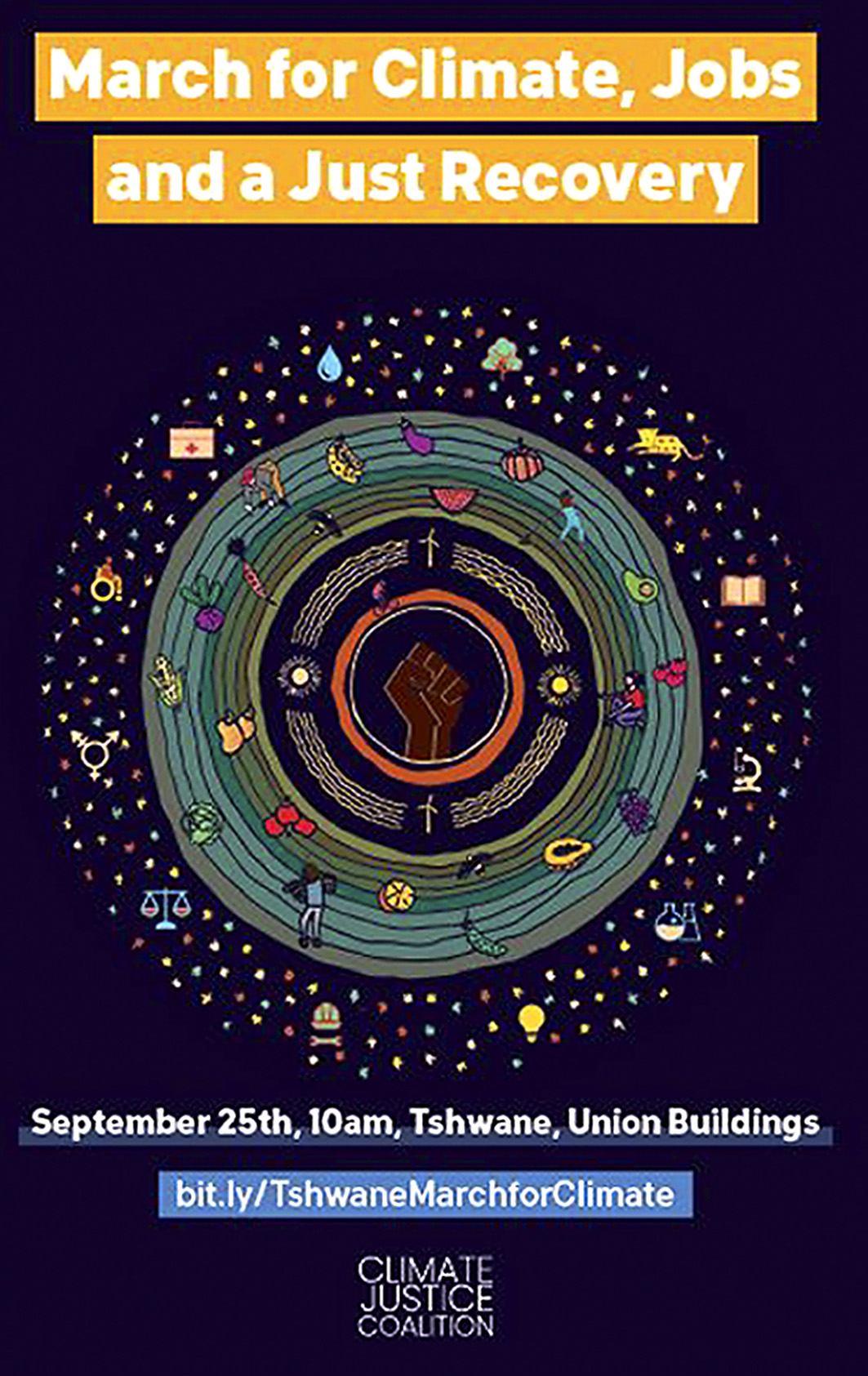 The rest of the week…

On Monday, the Human Evolution Research Institute (HERI), together with Digging In, present a Heritage Month conversation on the language of science.

Speakers include young South African researchers in the evolution sciences who will challenge and confront colonial language in science, and ask how we can do better. Register here.

On Tuesday, 22 September, the Children’s Institute at UCT, together with Sonke Gender Justice and the SAMRC Gender and Health Research Unit, is hosting the second in a series of seminars on promoting intersectoral collaboration to end violence against women and children. 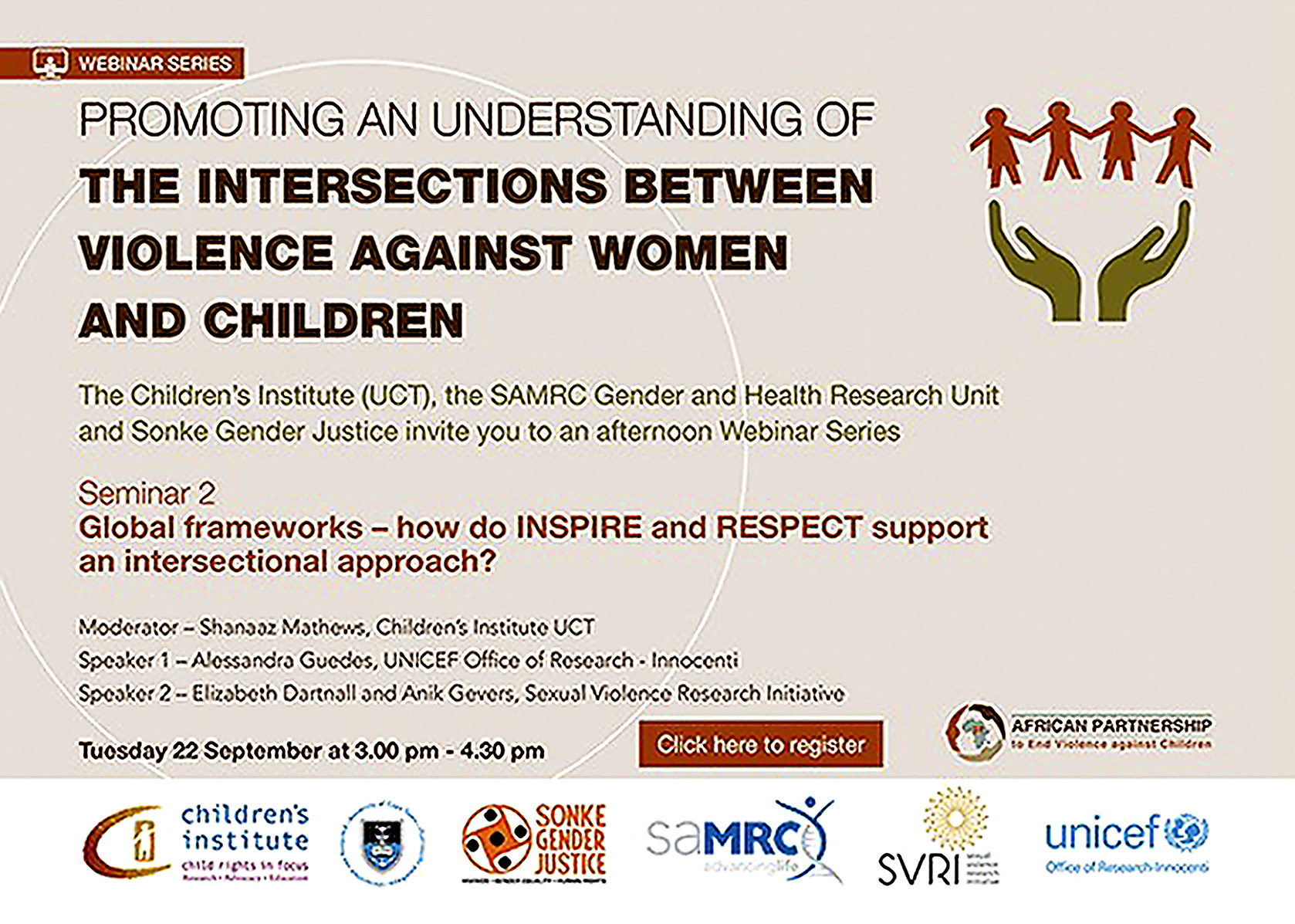 Moving on to trade: the Nelson Mandela School of Public Governance and other organisations have organised a series of interactive webinars on the overall theme of strengthening the multilateral trading system to promote inclusivity and development.

The webinars will include trade talks and panel discussions by a former minister, current and former trade negotiators and prominent experts in the field of international trade on aspects of multilateral trading systems.

This week’s webinar, which takes place at 13:30 on Tuesday, will focus on equitable agricultural reforms. Register here.

At 13:00 on Wednesday, Wits University is hosting its second webinar in a series of critical engagement webinars titled, Pandemic Pangolins: Systems, Science, and Society. Wits is bringing together experts from various backgrounds to debate and evaluate the ever-changing body of knowledge emerging as a result of the pandemic. This series probes pandemic innovations, responses and partnerships.

This week, speakers (to be announced) will discuss the backbone of Covid: Primary Health Care. Register here.

At 14:00, the Applied Constitutional Study Laboratory (ACSL) and the Socio-Economic Rights Project at the Dullah Omar Institute, University of the Western Cape, invite you to a webinar on State Practice and the Covid-19 Pandemic: Global Comparison of Trends.

The webinar, which forms part of an ongoing project to assess the resilience of constitutionalism in African countries during and after Covid-19, will examine key trends in international state practice across countries and regions that emerged in the global response to the pandemic. Register here.

Thursday sees the final virtual workshop by the Call to Action Collective on the National Strategic Plan on Gender-Based Violence and Femicide (NSP-GBVF). Missed the previous webinars? Catch them here.

This week’s event will have speakers (to be announced) review and discuss the development of the recommendations made over the last three months. You can register here. Alternatively, the event will be streamed live on Facebook and Twitter. DM/MC

South Africa is full of activists whose voices and campaigns need to be heard, and we want to report on all of them! So, wherever you live, if you have virtual events or meetings which you think other activists ought to know about, write to us at [email protected].

Also, please sign up for our weekly newsletter here