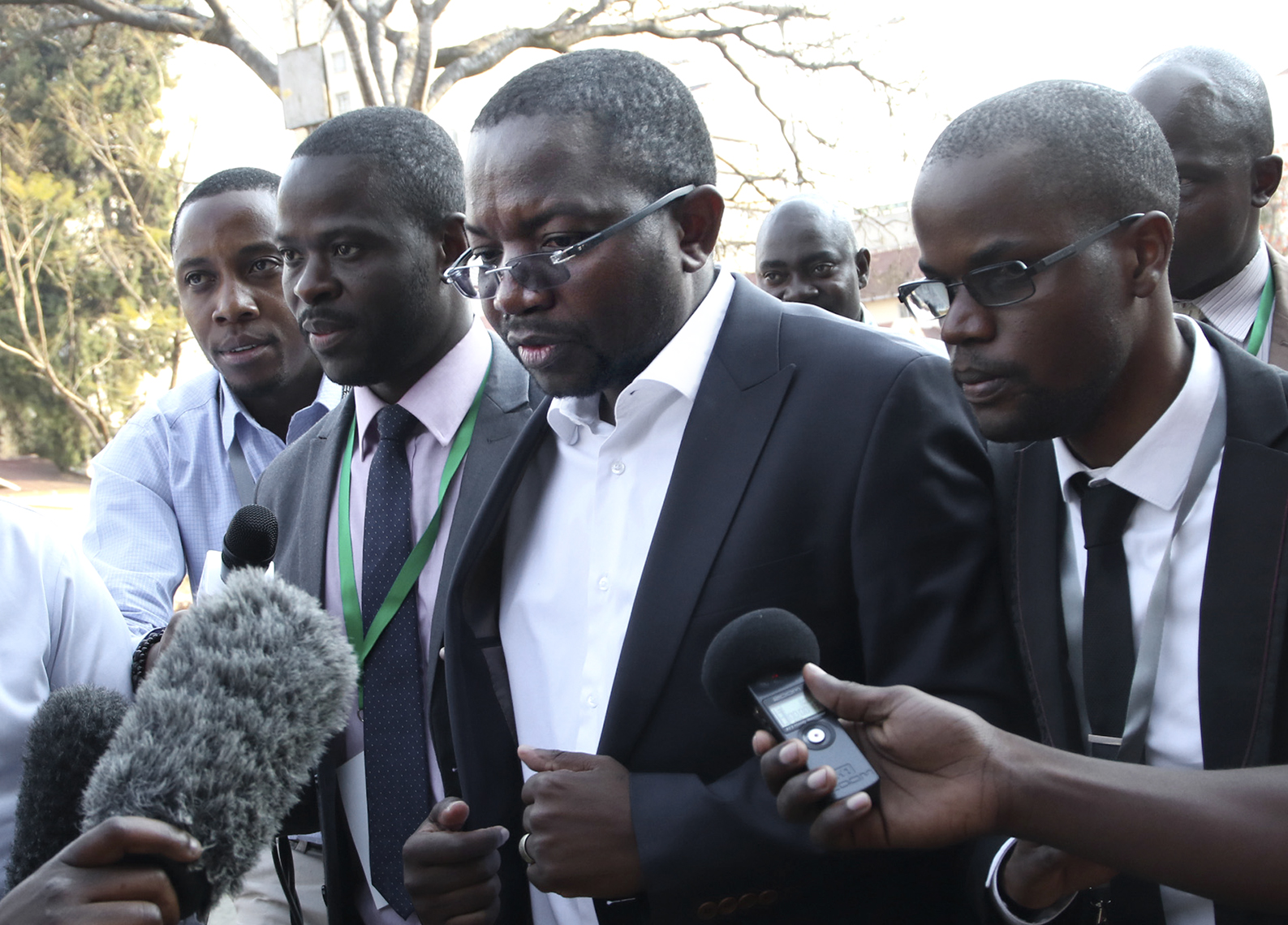 In an unusual act of transnational solidarity last week the Johannesburg Society of Advocates hosted a webinar to discuss ‘the crisis in law’ in Zimbabwe. Their intention was to allow the world to hear directly from practising human rights lawyers about the subversion of the rule of law into ‘rule by law’ and to speak about the cases they are involved in.

The main speakers were Thabani Mpofu, a leading advocate at the Harare Bar, Roselyn Hansi, the director of Zimbabwean Lawyers for Human Rights and Doug Coltart, a Zimbabwean attorney and human rights activist. The discussion was hosted by Jason Brickhill, formerly the director of the Constitutional Litigation Unit at the Legal Resources Centre and currently based at the Faculty of Law, University of Oxford.

The first speaker was advocate Mpofu, who was himself arrested and held in detention for two nights in June 2020 for the crime of preparing affidavits on behalf of clients in a legal challenge to the government. Mpofu links the crisis in Zimbabwe to what he calls “the army coup” of 2017, a coup which he points out was not against Robert Mugabe, but against the constitutional foundation for the government in Zimbabwe. It’s a subtle but profoundly significant difference.

Mpofu attributes Zanu-PF’s targeting of lawyers in particular to the fact that they have been at the centre of challenging the conduct of the Mnangagwa government. He says “lawyers have sinned against the regime” and now there is an attempt to silence them.

With lawyerly detail, Mpofu described some of the methods by which the Zanu-PF regime has attempted to “mutilate the 2013 Constitution”, and concludes that “at this present moment Zimbabwe is a military dictatorship”.

However, most of Hansi’s input focused on the many ways the Zimbabwean government is using the law to act against its citizens, including:

In addition to its busy workload defending civil and political rights, ZLHR also has its hands full with a range of socioeconomic cases. This is not surprising as hunger and unemployment worsens, exacerbated by Covid-19 corruption and the selling off of land and public resources to multinationals and foreign governments.

It’s on this deepening social crisis that Doug Coltart picks up, explaining how it is fuelling protest. Despite the repression or perhaps because of it, Coltart says, Zimbabweans are finding novel means to express their unhappiness and pain: protests have been dispersed from the streets of cities such as Harare into communities; solo demonstrations have grown; the red-striped prison jersey is being worn as a symbol of solidarity with political prisoners and hashtags like #ZimbabweLivesMatter and #ZANUPFMustGo have gone viral. Lawyers too have found ways to protest, including recently laying flowers at the entrance to the high court beside a sign that said “Respect our Constitution” and listed six pages of constitutional violations by the regime.

Coltart cites one example of two young men he is representing. Terrence Guta and Loveridge Chizvende protested by carrying a placard saying “No to Abductions”. As a result, they were themselves abducted, tortured and later handed over to the police.

On the day the webinar was taking place, Zimbabwe National Students’ Union President Takudzwa Ngadziore and several journalists were viciously assaulted by a Zanu-PF supporting militia as he attempted to hold a press conference.

Coltart’s defence of rights in Zimbabwe has meant that he too is now a target. An instruction was given to fail him in his professional legal exams, which he thwarted; he talks of being manhandled and charged recently for trying to assist teachers during a demonstration and of constant harassment from the state media including “an accusation that I was flying around the country in a helicopter throwing money to doctors to encourage them to keep striking”.

By speaking as frankly as this, one got the sense that the three lawyers were placing themselves in the line of danger, particularly by speaking on a public webinar on which the CIO would undoubtedly have been present. For me, the lawyers’ vulnerability reinforced the webinar’s concluding message: the need for practical acts of solidarity from people in South Africa.

Given the climate of fear in the legal profession, Zimbabweans are calling on South African lawyers to critique the judgments of the courts in Zimbabwe, to monitor political trials and to continue to issue public statements in support of the victims of repression.

Solidarity matters and to this end, they pointed out how, for all its impotence and the sad camaraderie the ANC still exudes towards its brutal brother-party, the recent visits by President Ramaphosa’s envoys had raised hope among ordinary Zimbabweans that their desperation is not being ignored.

As Mpofu said, “the crisis in Zimbabwe is not a domestic matter for Zimbabweans alone. The millions who have fled the country to South Africa, make it a political and human rights matter for the South African government as well.” DM/MC

According to Mpofu, “the Harare regime hates scrutiny”, which makes this webinar an essential watching for the international media, anyone concerned about Zimbabwe, and for the ANC and President Ramaphosa’s envoys who, so far, have been prevented from meeting civil society activists and lawyers who are on the hard end of the brutal repression described by the lawyers.