Sweet signs of the Secret Life of Bees 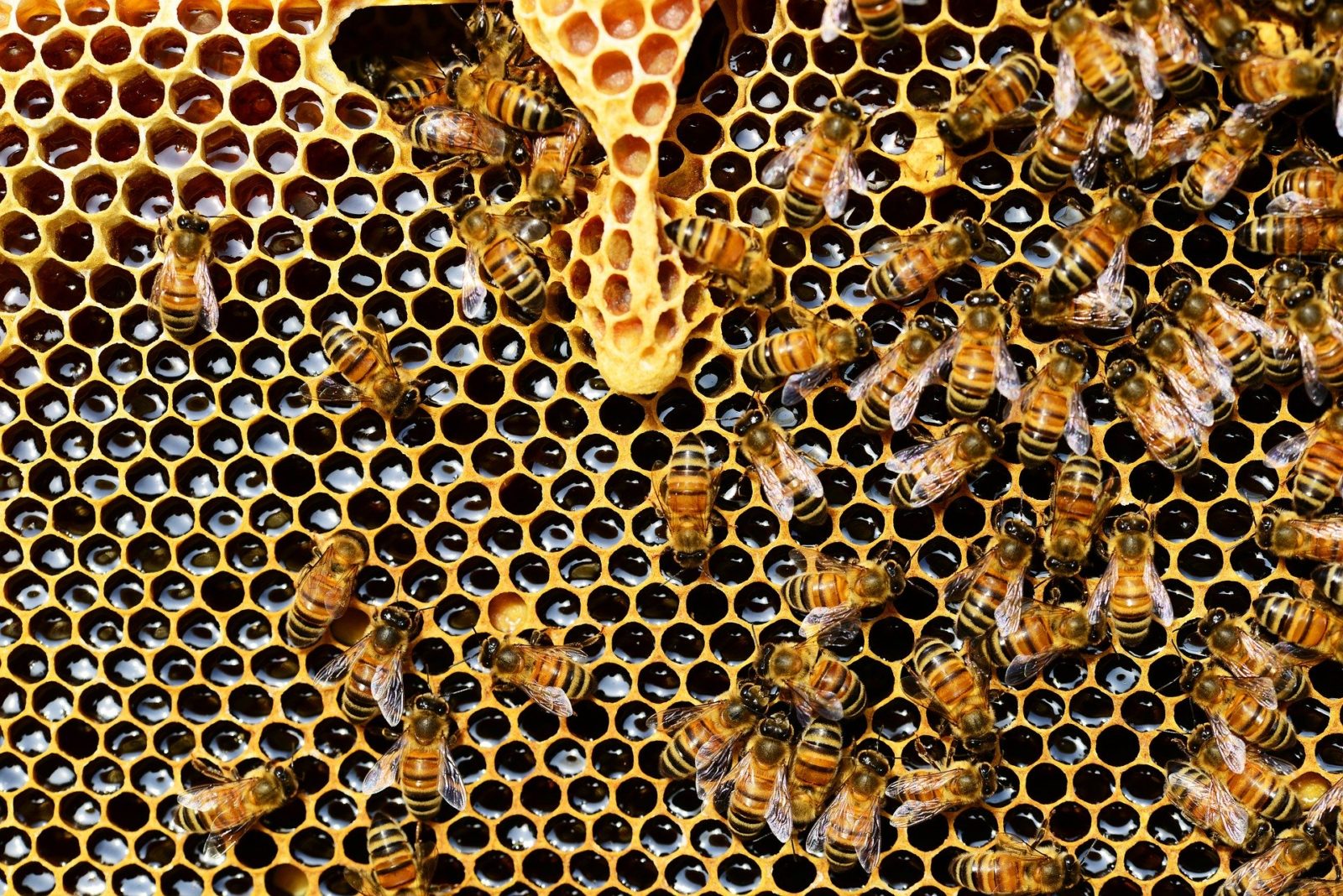 Image by PollyDot from Pixabay

Spiritual and scientific explanations for existence suggest that bees were there at the beginning. And that they are still sending us signs …

A life without bees is no life at all. Literally. Not only are they essential for pollination of plants but they are intricately entwined with the evolution of our species. University of Nevada paleoanthropologist Alyssa Crittenden argues that honey and bee larvae consumption are what “made it possible for early Homo to nutritionally out-compete other species of hominid and may have provided critical energy to fuel their enlarging and evolving brains”.

The gap between such secular, scientific evolutionary theory and more spiritual creation concepts narrows amid the majesty of ancient rock art illustrating wild hanging hives, honeycomb, honey guiding birds and human honey harvesters. Portraits of people/people-animal hybrids dancing amid swarms of bees are particularly prevalent. Similar representations occur all over the world but they are most numerous in southern Africa where their ethnographic and archaeological interpretation is also assisted by the transcribed testimonies of 19th century San Bushman, many of whom belonged to communities in which such painting occurred.

“Animals are not only good for eating; they are also good for thinking.” In this sentence, the iconic French anthropologist Claude Levi-Strauss drew attention to the fact that prehistoric cave drawings not only reproduced scenes from everyday life but also depicted a spiritual and religious relationship between human beings and the species that surrounded them. All such interpretation is per force complex and incomplete but University of the Witwatersrand archaeologist Siyakha Mguni makes a convincing case for a symbolic and spiritual worldview among southern African rock artists within which bees and honey are/were perceived as potent, transformative forces powering creation. In such a scenario, the dancing figures surrounded by swarms are harnessing this potency to make empowering progressive connections across natural and supernatural realms. Mguni also has fascinating things to say about termites, but that is a story for another day…

For now, let us focus on the fact that (whether we favour the spiritual or the scientific) bees were there at the beginning. Creation concepts, whether ancient or modern, are seldom static. They exist to explain why the world is but also why it changes. The value of bees as a conduit for spiritual communication and access into powerful transformative forces is also evident in Xhosa tradition.

Chef Siya Kobo from Kobo Cuisine at Maboneng, Johannesburg works extensively with a milk and honey motif within which he examines ancient and modern epicurean interactions. Menus change seasonally and according to chef whim but expect the likes of umvubo maize meal with honeyed amasi curds and whey jelly, followed by milk tart with honeycomb and iQhilika Xhosa-style mead caviar.

Of his work and the way that bees fly in and out of it, Kobo says: “I grew up in Caguba, outside Port St Johns, and my mother always said that a bee flying into the house meant an unexpected visitor or a change in circumstances was coming. It almost invariably meant positive progress or evolution of a situation. A bee sting inside the house suggested attention from the ancestors as something needed to be done or changed about our behaviour. Most serious was wild bees taking up residence in the roof. If that happened there was some kind of major failure to behave in ways that our forebears were calling for. That required a consultation with wise elders because there was definitely a problem that needed interpreting and putting right. People living in the here and now don’t have all the answers. We make mistakes. We do need ancestral support and insight. Sometimes we need a sign to show us this need. The bees do that.”

Kobo is not naïve. He is painfully aware that: “Covid has been very, very hard. In fact, a big milk and honey event that I was curating was cancelled because of it so I know that the bees are not a panacea. Nothing is, but if ever there was a time when we need support and guidance now is it. I am open to all ideas.”

The interactions of time and space, species, science and spirituality are also made manifest in the work of third generation beekeeper Mokgadi Mabela. Her company, Native Nosi Honey, harvests and sells the great, ancient taste of raw honey from environmentally sustainable hives placed on farms and in rural communities across Gauteng, Mpumalanga and Limpopo. Native Nosi honeys have unique characteristics which can be attributed to the land and crops amid which it was made. Mokgadi explains that: “The flavour, colour, aroma and texture of honey is largely determined by the bee’s nectar source and the climatic conditions. Some are intense and concentrated. Some are pale, perfumed and fruity while others are dark and molassey. Others have a rich buttery feel and taste.”

Just as the honey reflects the context from whence it comes, so does the beekeeper. Mokgadi says: “Nosi is the Sotho word for honey bee. To me, Native Nosi represents natural unadulterated honey products produced locally and in harmony and continuity with my past and present. My grandfather and my father were beekeepers and I want my work to reflect the skill and wisdom of those who came before me.”

After almost a decade of operating online, Native Nosi opened as a bricks and mortar shop in Menlo Park, Pretoria on the first of July 2020. Launching into lockdown was far from ideal. Mokgadi says: “The timing was terrifying. We had been planning the shop for a while but I seriously considered postponing or even cancelling the project. I agonised over it, going back and forth, unable to come to a decision but on the morning that I absolutely had to make a final decision one way or the other I woke up and as I opened my eyes a bee flew into my bedroom. Later that day I was driving to see the shop and another bee flew in through my car window. I took that second bee as a sign and decided to follow that sign. I grew up in Polokwane and we were taught that bees carry good news and good energy. The times we live in are so uncertain but I got the message. I was nervous but the message of the bees resonated with me. I decided I should open shop and push forward.”

The bee-based business strategy seems to have paid off. Mokgadi says: “Of course it has been hard opening a shop in the context of physical distancing requirements but our customers have been really supportive and appreciative of what they perceive as an optimistic step forward in troubled times. It has become clear that, especially now, customers want to do more than just click on a product online. They want advice and explanation. They want to connect on a personal level. They want to know who we are and where the product comes from. They care about our bees and our hives like they were family. It hasn’t been easy. These are very tough times economically but we are still here. We are looking forward to a time when we can start hosting beekeeping workshops, honey tastings and baby showers here at the shop because building a supportive community of like-minded people is what we are all about.”

She recognises that: “Bees all over the world are at risk right now due to climate breakdown and habitat loss and that is exactly why we need to push forward making connections and communicating clearly.” For Mokgadi connections, communication and progress are: “About a community not just my success as an individual. I am committed to stocking products from other companies that resonate with the Native Nosi philosophy. We are about celebrating African, indigenous ingredients and female entrepreneurs. We are all about being respectful and delighted by the skills that came before us but also committed to exploring how those can be relevant to and brought to the attention of modernity. We see ancestral wisdom. And we see where we are now. We want to incorporate both into a progressive, powerful, transformative collaboration to face the future.”