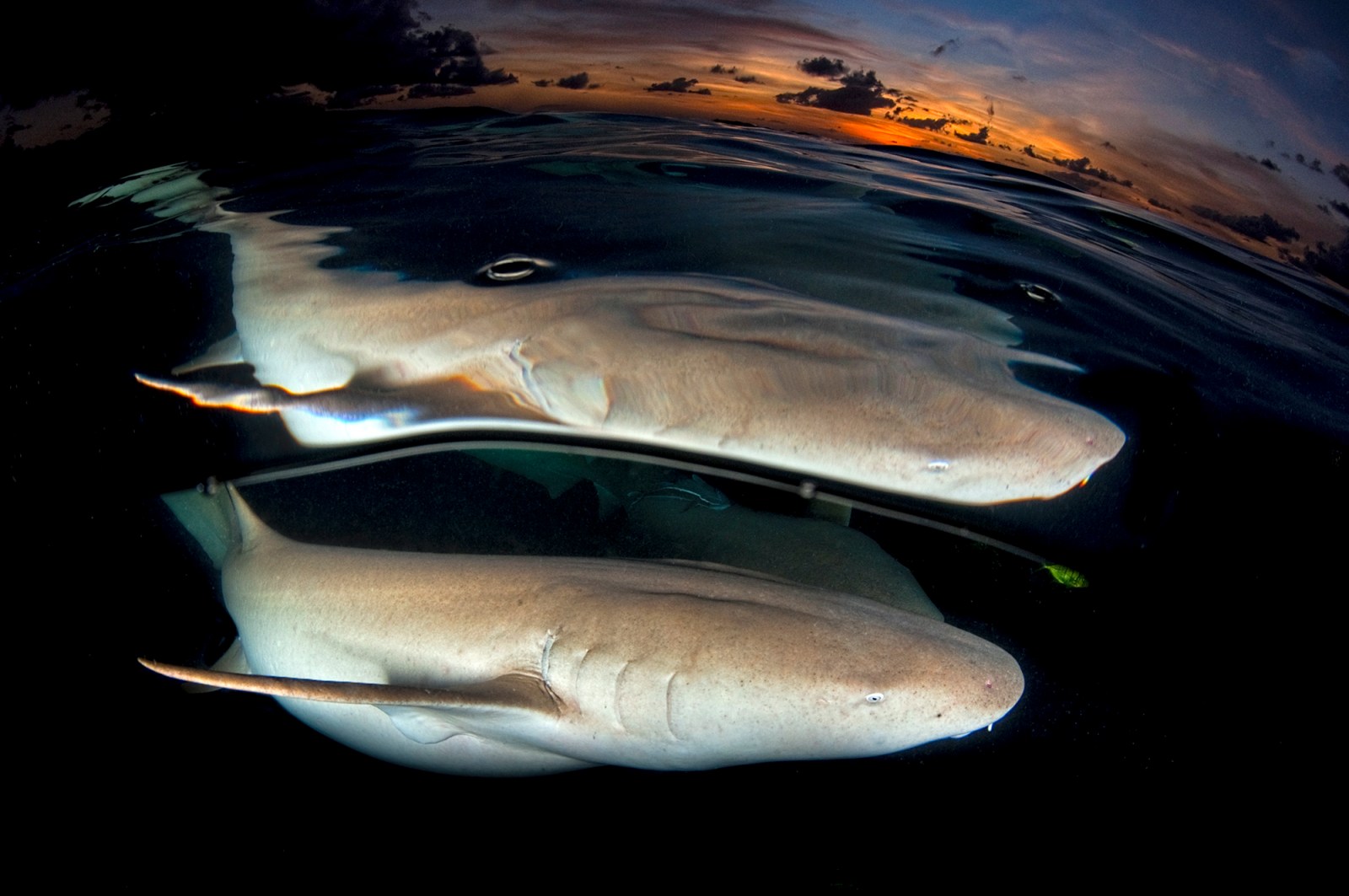 A tawny nurse shark on the Great Barrier Reef. They return to the exact place where they were born to have their own babies. Picture: Courtesy of Christian Miller/ @christian_miller_photo

Indigenous cultures venerated sharks, with a rich mythology that aided their preservation. It’s a lesson we can draw from today, writes Lisa Cloete for Roving Reporters.

The uneasy way in which we view sharks is largely due to inflammatory media around the idea of hungry, predatory human-hunting sharks cruising the ocean, looking for a snack. The 1970s movie Jaws and its sequels have painted sharks as terrifyingly intelligent killing machines with an appetite for humans. All true of course, except their supposed appetite for humans.

The result has mostly been fear, bordering on phobia, of one of the ocean’s most interesting and mysterious creatures, of which there are so many different species. These range from the largest in size, the whale shark (vegetarians, which have no teeth) to the smallest, species of lantern and cat sharks that grow to around only 30cm long.

This fear consciousness, along with a few grim attacks over the past few decades has led to a shameful amount of shark culling in the name of safety for humans wanting to enjoy the sea for sport and recreation. We know the numbers of shark-attack deaths are so low that you have more chance of dying by being hit by a falling coconut than from being attacked by a shark, yet the fear is pervasive. Perhaps our natural fear of apex predators is a factor, particularly around the southern African coastline where shark activity is high in our still abundant seas.

Myths and legends are an important part of meaning-making in our world and often have the power to shape how we relate to the world around us. In many ways it influences how we value, relate and respond to the natural worlds that we live in and off.

If we look further back than modern technology and film, to the myths and stories recorded about sharks from various indigenous oceanic communities across the globe, sharks were (and still are) held in higher regard. There is deep respect for – and a lot of fascination with – one of the world’s oldest living creatures (the oldest known living shark at present is a Greenland shark, estimated to be almost 400 years old).

Thanks to what we are learning from science, we are slowly catching up with what people who lived off or near the sea have known for centuries: sharks are smarter than we think and have incredible memories. Lemon sharks, for example, return to their birthplace to have their own babies, no matter where they lived as adults. They must be far more complex than we give them credit for; wanting, perhaps, to live and breed and thrive much like we humans do.

Many sacred and captivating stories have been told about sharks throughout the ages and on all continents. These have potential to change the way we see and interact with these incredible creatures that are being fished to near-extinction even as other fish species are overfished, or because they are viewed as a threat.

In the Solomon Islands, it was said the ghosts of those who have departed this world inhabit the bodies of sharks. Marine biologist JL Baughman, in a learned paper, recorded that if a shark was seen regularly it would be identified as a dearly departed and venerated person. The living even go as far as to name and feed these sharks to remind the departed they are still loved and accepted.

Hawaiians have perhaps the most lore and rich traditions around sharks, according to Baughman. Most of its islands had their own shark god or totem and temples were built in their honour, where they were worshipped. One myth tells how Keali’ikau ’o Ka’u fell in love with a human and gave birth to a green shark that would help people trapped at sea. Another concerns a woman who freed herself from a shark that had taken her from the waves by proclaiming to him that he was her aumakua (family god). He let her go on condition she marked herself with a tattoo of his teeth on her foot so that he and others may recognise her as protected. And this is why some people tattooed this symbol on their feet.

On certain islands of New Guinea, tribes identify themselves as shark-men or rays. Those that have shark or ray totems are often seen as the strongest clans or chieftains.

Sharks and rays are seen to be connected to the fertility of the earth and on some Pacific islands, including in Samoa, the white shark was seen to protect the fecundity of their crops.

Ulap was the good spirit of the Mortlock islands who watched over the animals of the sea and who was called upon in times of need. A story is told that once a canoe capsized and its passengers were surrounded by hungry sharks. A prayer said to him brought a large spotted shark that drove away the others, saving their lives, while Nei du Tuahine, a stingray goddess was known to rescue sailors by carrying them on her back to safety.

The legendary Taniwha, supernatural creatures of the New Zealand Maori took the shape of sharks and other creatures of land and sea. Mangoroa, a shark placed in the sky by Maui, formed the Milky Way to protect its inhabitants on earth, according to an article in Culture Trip.

Stories featuring sharks have also been used to convey moral considerations. Shark Insider recounts the story of the shark and the monkey from Zanzibar. A shark, the story goes, befriends a monkey who lives in a tree overhanging the ocean with the intention of using him to save his sick king who needs a monkey heart to be cured. He convinces the monkey to ride on his back to take part in a big feast. The monkey in return tricks the shark into thinking he left his heart at home and when returned by the shark to fetch it is admonished by the monkey. The moral being – never trust a shark or a monkey.

There are many, many more stories that show there was once a much closer bond and reciprocity between humans and the great predators of the sea, where shark deities protected humans and in return humans protected sharks and their natural environment, so that all thrived.

Stories passed through the ages allow us to build the foundations of sustainable environmentalism, which is, as we now know, is so urgently needed in these uncertain times.

We need to rewrite our relationships with the ocean and its creatures if we are to restore some balance – for us humans and those that live in the sea. DM

Lisa Cloete is a writer and student. She has worked in the art and publishing fields. Her passion for the ocean has led to small forays in ocean and environmental activism, particularly regarding the plastic pollution crisis. She aims to bring awareness through the power of storytelling. Cloete was one of the runners-up in a recent writing competition on sharks and rays run by Roving Reporters. The competition was supported by WildOceans, a programme of the WildTrust, which facilitated access to conservation-minded youth keen to share their passion and develop writing skills with mentorship from Roving Reporters. The opinions and views expressed in this Ocean Watch series are not necessarily those of the WildTrust.