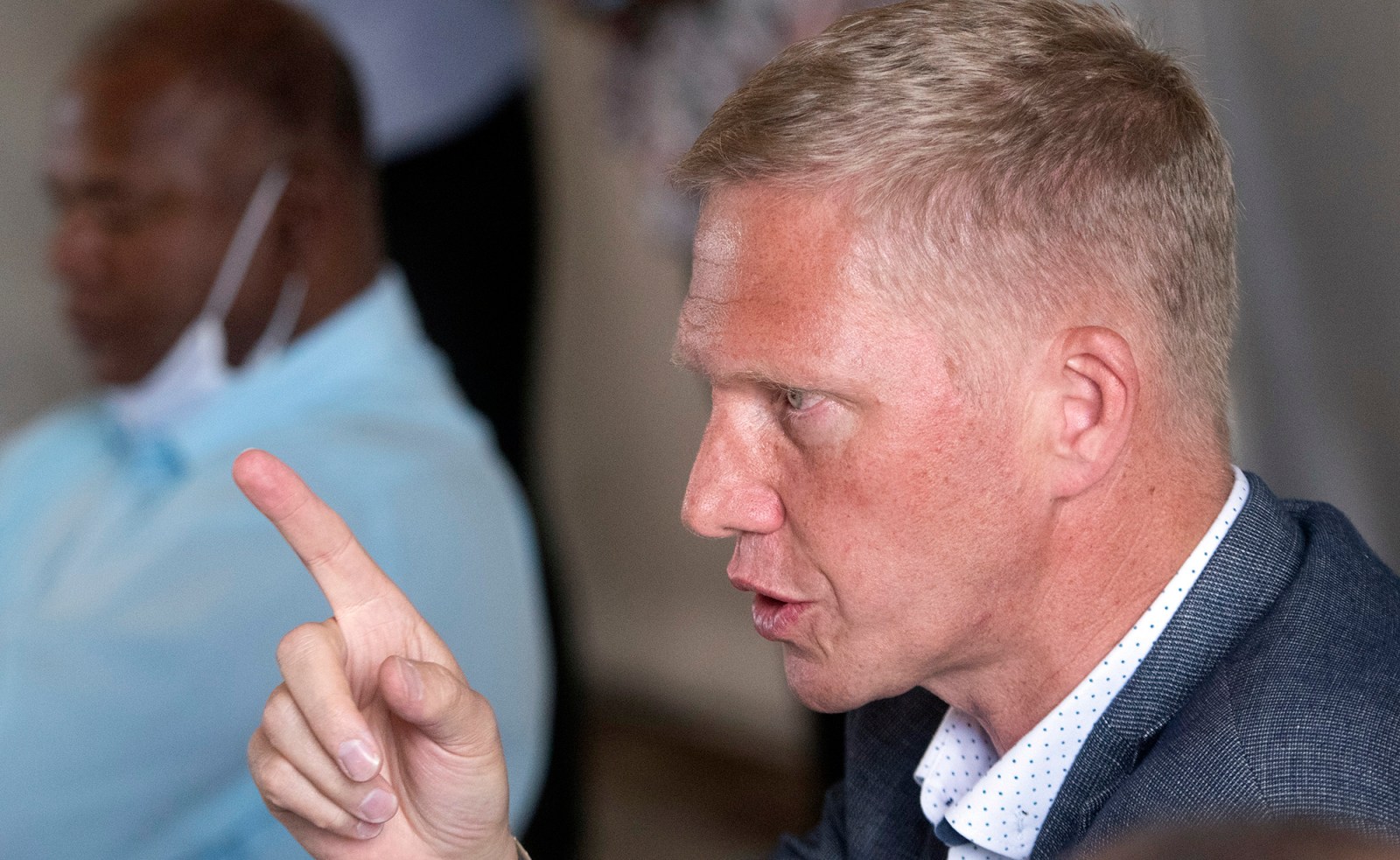 JP Smith during a walk-through at the Strandfontein temporary shelter site on April 09, 2020 in Cape Town, South Africa. (Photo by Gallo Images/Brenton Geach)

At a Western Cape human settlements committee meeting on Wednesday, the City of Cape Town blamed housing activist groups for the spike in land occupations. This as 600,000 people are on the housing waiting list in the province.

“The instigators [of land occupations] are well known to us. We see them at every land invasion and we know that they’re linked to organisations such as Reclaim the City, the Social Justice Coalition (SJC) and Ndifuna Ukwazi and we’re building profiles on them,” said JP Smith, the mayoral committee member of Safety and Security at Wednesday’s provincial human settlements committee meeting.

Smith didn’t give any further details on the profiles of the “instigators”, besides saying that their social media profiles were also being monitored.

The City of Cape Town, which has been under fire over the demolition of structures during lockdown, was briefing the Western Cape’s human settlements department about how they’re addressing land occupations.

This isn’t the first time the City has blamed organisations for land occupations: It labelled the Legal Resources Centre as being “pro land invasions” after the centre took them to court to prevent them from demolishing structures during lockdown without judicial oversight.

The judgment was in LRC’s favour and the City is looking to appeal this.

Responding to the accusation, Khadija Bawa, a researcher at the SJC told Daily Maverick after the meeting: “To claim land occupations are happening because of [the] SJC and other organisations is completely disingenuous to the housing crisis that many South Africans are facing. It also derails what the housing crisis is about.”

Booi told the committee that “there hasn’t been much interrogation in other metros” about how to handle land occupations.

During his presentation, Booi cited evictions and demolitions in the Buffalo City and Johannesburg metros. In July, 200 residents living on government-owned land in Buffalo City were left homeless after their shacks were demolished. In August, the City of Johannesburg evicted pensioners from a block of flats they had occupied since 2016.

Under lockdown regulations, evictions are prohibited, however, the City of Cape Town has insisted that they aren’t evicting anyone – they’re merely demolishing structures on City-owned land.

In July, the City was called before the parliamentary committee of Cooperative Governance and Traditional Affairs to explain why it was conducting evictions, despite lockdown regulations.

This was just after the City’s law enforcement officers had dragged a naked Bulelani Qolani out of his home during the demolition of structures in eThembeni in Khayelitsha.

Booi said that the City was being scrutinised “as though this is only happening in Cape Town”.

The Mayco member said R1.3-billion worth of housing developments were currently threatened by land occupations.

Smith, Booi and Dan Plato, the mayor of Cape Town, have repeatedly said that the land invasions are orchestrated and politically driven.

But Andricus van der Westhuizen, a DA member of the Western Cape human settlements committee, asked why it was said to be orchestrated and not driven by people’s needs to stay closer to opportunities.

Legislature member Brett Herron, from the GOOD party, said that “even if something is orchestrated, there is a need [for housing]”.

“Nobody disputes that there’s a need for land, this is about how to respond to illegal land invasions. We know that land invasions are big business,” said Ricardo Mackenzie, a DA member of the public accounts and budget committee in the legislature.

The City calls it shack farming: When people sell tracts of occupied land.

Booi has suggested that communities become involved in ensuring land isn’t occupied as it halts developments.

Currently, there are more than 600,000 people on the housing waiting list in the Western Cape. Human settlements MEC, Tertius Simmers told Cape Talk in an interview that 65% of those people are in the City of Cape Town.

But legislature member Peter Marais, from the Freedom Front Plus, said that the land occupations were purely political. “People are invading land so that they can get a fixed address in time for the [2021 local government] elections,” said Marais.

And ANC councillor Andile Lili blamed the EFF. “From what we’ve seen the EFF is orchestrating the land occupations ahead of the 2021 [local government elections].” DM