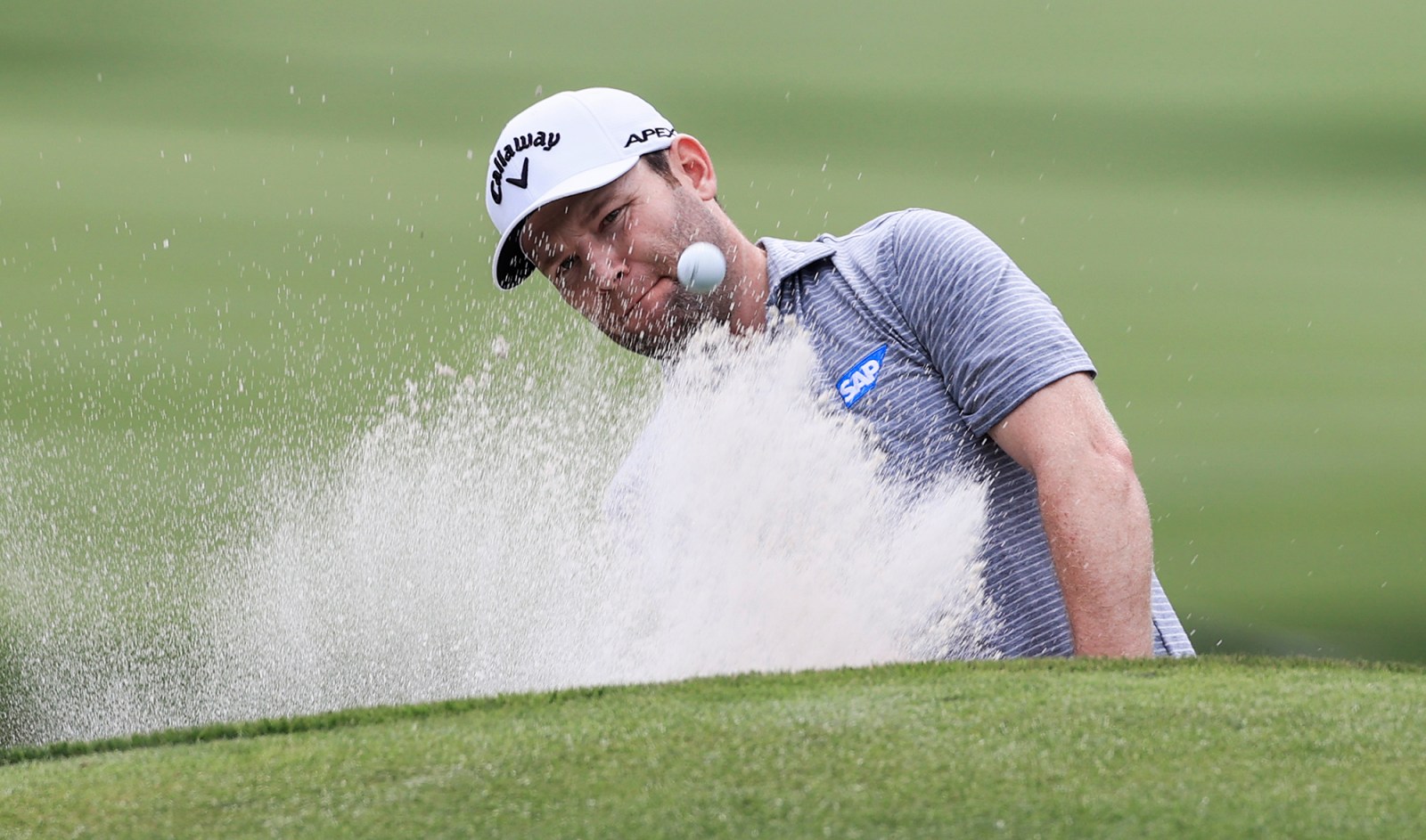 epa08284627 Branden Grace of South Africa hits from a sand trap by the ninth green during practice for THE PLAYERS Championship on the Stadium Course at TPC Sawgrass in Ponte Vedra Beach, Florida, USA, 10 March 2020. The contest will run from 12 to 15 March. EPA/TANNEN MAURY

Covid-19 taketh away and Covid-19 giveth back. That is certainly the case for South African golfer Branden Grace, who has been added to the field for the US Open starting in Winged Foot on Thursday.

Branden Grace, the former SA Open and Nedbank Golf Challenge winner, was included in the field for the season’s second major on Monday when American PGA Tour rookie Scottie Scheffler tested positive for Covid-19 on Sunday.

Scheffler is back in his hometown of Dallas and is apparently asymptomatic. For Grace, there is a certain morbid serendipity about the situation as he was felled by Covid-19 last month, which cost him the chance to earn automatic qualification for the US Open.

Grace, 32, tested positive while playing at the Barracuda Championship on the PGA Tour. He was tied for second at the time after the first two rounds and it seemed he was finding good form just before the PGA Championship, the season’s first major. He missed nearly three weeks of the season as a result, which saw his world ranking fall further.

Grace’s world ranking has fallen to 102 and he failed to meet all the other automatic qualifications requirements laid out by the United States Golf Association, which stages the US Open.

Playing at the Safeway Open on the PGA Tour last week, Grace closed with a final round 68, moving him into the top 30 for the tournament. It was enough to ensure he was first alternate for the US Open, meaning if a player already qualified for the event withdrew for any reason, Grace would be awarded the vacant slot.

“I was really disappointed with the way things happened,” Grace told the media at Winged Foot. “In Reno (where he was diagnosed with Covid-19), I was playing well and that pretty much cost me the spot to get into (the US Open). I couldn’t compete the next week at the PGA; missing that one I was really bummed. But the US Open is my favourite major.

“It’s really unfortunate for Scottie, for him to go through what he’s going to go through after having such a great rookie season. I just got lucky with this one.”

Scheffler has had an outstanding rookie season, which included a rare round of 59 at the Northern Trust Open and seven top 10 finishes in 10 starts. He tied for fourth at the PGA Championship. But his misfortune has opened a door for Grace to do something unusual – winning a major as an alternate.

The most famous alternate to win a men’s major was John Daly at the PGA Championship in 1991. The big-hitting, hard-living, self-styled “Wild Thing” was only the ninth alternate for that season’s final major at Crooked Stick Golf Club.

In a rare sequence of events, eight players dropped out of the field or replaced other, higher ranked players that had fallen out. And then Zimbabwe’s Nick Price withdrew due to the birth of his child. The ninth alternate spot opened up and Daly drove through the night to make it to the course in time for the tee-off. He never had a practice round, and with Price’s caddie, the late Jeff Medlin on his bag, Daly stunned the world.

Grace is certainly not as unknown as Daly was, having won 10 tournaments globally, and been as high as number 10 on the world rankings. He has also come close to winning the US Open twice – finishing in a tie for fourth in 2015 and a tie for fifth in 2016.

The season has been disjointed due to the pandemic as the majors have shifted to later on the calendar while the traditional season-ending Tour Championship took place 10 days ago.

The PGA Tour resumed in mid-June after a three-month coronavirus break. At the time it came under some criticism but despite a handful of positive tests, organisers and players have largely delivered a good news story, with the level of play and the relative safety that has gone with it. It has been a lesson in how to navigate the pandemic and run a successful business.

“When you commit to a plan, you commit to a plan because you believe in your heart and you believe based on all the quality people that we have around the table and input we’re getting that it’s a plan that can sustain us,” PGA Tour commissioner Jay Monahan told the media at a press conference before the Tour Championship two weeks ago.

“I was confident that we had the right plan, but I was uncertain as to whether or not, like everybody else, you’d be able to get to this point.

“Our confidence was shaken in those first couple weeks with a few incidents and situations, but we expected that to happen. That’s the nature of what we were dealing with. We were reasonably determined to make sure that we were adjusting in the right way so that we could put ourselves in a position to conclude this FedEx Cup season.”

The other feature of the PGA Tour is that it appears impervious to the negative financial impacts of the pandemic. When Dustin Johnson won the Tour Championship, and with it the overall Fedex Cup, he banked a $15- million bonus on top of the prize money for winning the Tour Championship.

Despite no galleries (and there won’t be crowds at the US Open), and a lack of corporate hospitality, which is another big-earner, there appears to be no shortage of companies willing to associate with golf. In many ways, despite no crowds, golf is the perfect coronavirus sport given it is a non-contact sport played in wide open spaces. And, at the highest level, it is a sport made for TV as fans on the ground can only see a handful of shots while cameras capture the drama from all over the course for broadcasters to send into the world.

And this week, it will be the turn of the cameras at the 120th US Open in Upstate New York to bring the drama into our homes. And maybe, just maybe, Branden Grace will use this slice of good fortune to stun the world. DM