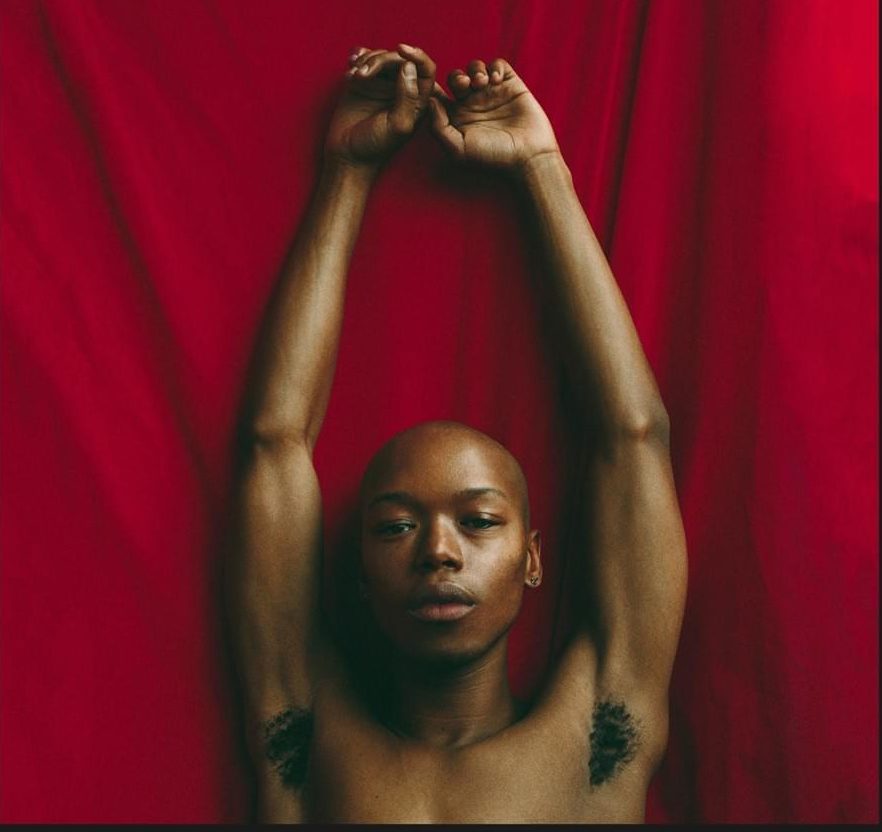 Nakhane "You Will Not Die" album cover

The clichéd adage “boys will be boys” has, over the ages, normalised unbecoming behaviours. It has also socialised young men into thinking that being a man could entail getting away with reckless behaviour, even the use of violence and aggression to assert power.

In her analysis of violent masculinities in post-apartheid South Africa, feminist scholar Pumla Gqola explains in her book Rape: A South African Nightmare that: “Violent masculinities create a public space consciousness in which violence is not just acceptable and justified, but also natural and desirable. They glamorise violence in a variety of masking manoeuvres that seduce spectators into mythologising violence”.

The disturbingly high levels of femicide, rape and domestic violence in South Africa compel us to think of what it means to be a man.

Nakhane’s work provides us with one way of thinking about what it means to be a man. Nakhane has to date released two musical albums: Brave Confusion (2013) and You Will Not Die (2018). They (the artist’s preferred pronoun) are the author of the novel Piggy Boy’s Blues. They have also featured as the lead actor in the film Inxeba/The Wound (2017).

Nakhane themself states in an interview that: “There’s no homogeneous idea of what masculinity is, there never was, and there never will be.”

Nakhane’s body of work, through its very public focus on queer masculinity, redefines what being a man is.

No less of a man

For example, in the album Brave Confusion, the singer-songwriter illustrates that there isn’t a distinct meaning of being a man or experiencing manhood – or even of gay masculinity. They demonstrate that being gay should not be in any way a reason to belittle any kinds of displays of queer masculinities. Nakhane’s songs, particularly their music videos, present a queer masculinity that is comfortable in its vulnerability and lack of machismo. The video to the song In The Dark Room (2013) presents Nakhane being gently caressed by another man. The two then dance together.

More than a circumcision rite

In one of the opening scenes of the film Inxeba, a group of young men undergoes ulwaluko, a traditional rite of passage for the Xhosa people of South Africa. As their foreskins are removed, older men compel them to shout out, “I am a man”. Ulwaluko serves as a rite of passage from boyhood to manhood. In an interview, Nakhane explains that the ulwaluko process, often referred to as ‘going to the mountain’, is important in the society from which he comes: “I am Xhosa and there’s a huge spotlight on masculinity and what it means to be a man in the Eastern Cape. So I did everything. I went through the rites of passage of being Xhosa. I went to the mountain.”

Psychologist and masculinity scholar Kopano Ratele clarifies that such cultural practices are important in the construction of masculinity.

Inxeba shows that the construction of masculinity involves the use of violence and aggression to assert one’s manliness. In several scenes in the film, the initiates engage in stick fights. They also look down on one initiate, Kwanda, whom they call “is’tabane”, a derogatory isiXhosa word for homosexual. Moreover, masculinity also comprises a perceived feminisation of emotions such as love.

Men, the film demonstrates, are expected to be emotionally distant and self-determining. To have successfully transitioned from boyhood to manhood, a young man is expected to perform specific scripts of masculinity deemed to be desirable. The film shows that ulwaluko is, among other factors, a breeding ground of violent masculinities, homophobia and misogyny. Fearing that he will be outed as gay, Xolani – the character played by Nakhane – takes violent action against Kwanda in the climactic scene. This highlights how gay masculinities also perform the scripts of violence that are not different from those enacted by straight men.

However, Xolani also shows that one can successfully go through ulwaluko and not necessarily subscribe to the prescribed form of masculinity that the traditional ceremony seeks to inculcate. Xolani is neither aggressive nor violent in performing his masculinity. He is soft-spoken and in touch with his emotions. He readily shows emotional vulnerability in his relationships with the other protagonists.

Nakhane’s body of artistic work shows that there are other forms of masculinity which are not toxic. Their music, novel and the film they starred in reveal that one can be a man and not be hypermasculine or aggressively violent.

“Some men are born to fight, and others … well, they’re born to love.”

In so doing, Nakhane’s artistic work creates an alternative space to discuss what masculinity means. Their work gestures towards liberating masculinity from the exacting definitions idealised in patriarchal societies.

The narrator in Piggy Boy’s Blues explains, “Some men are born to fight, and others … well, they’re born to love.”

Nakhane’s work suggests that men should not be raised to be aggressive fighters. Instead, men can be more attuned to their emotions. They do not need to use violence to assert their manliness.