The saviour of the Tutsis is now in a Kigali jail 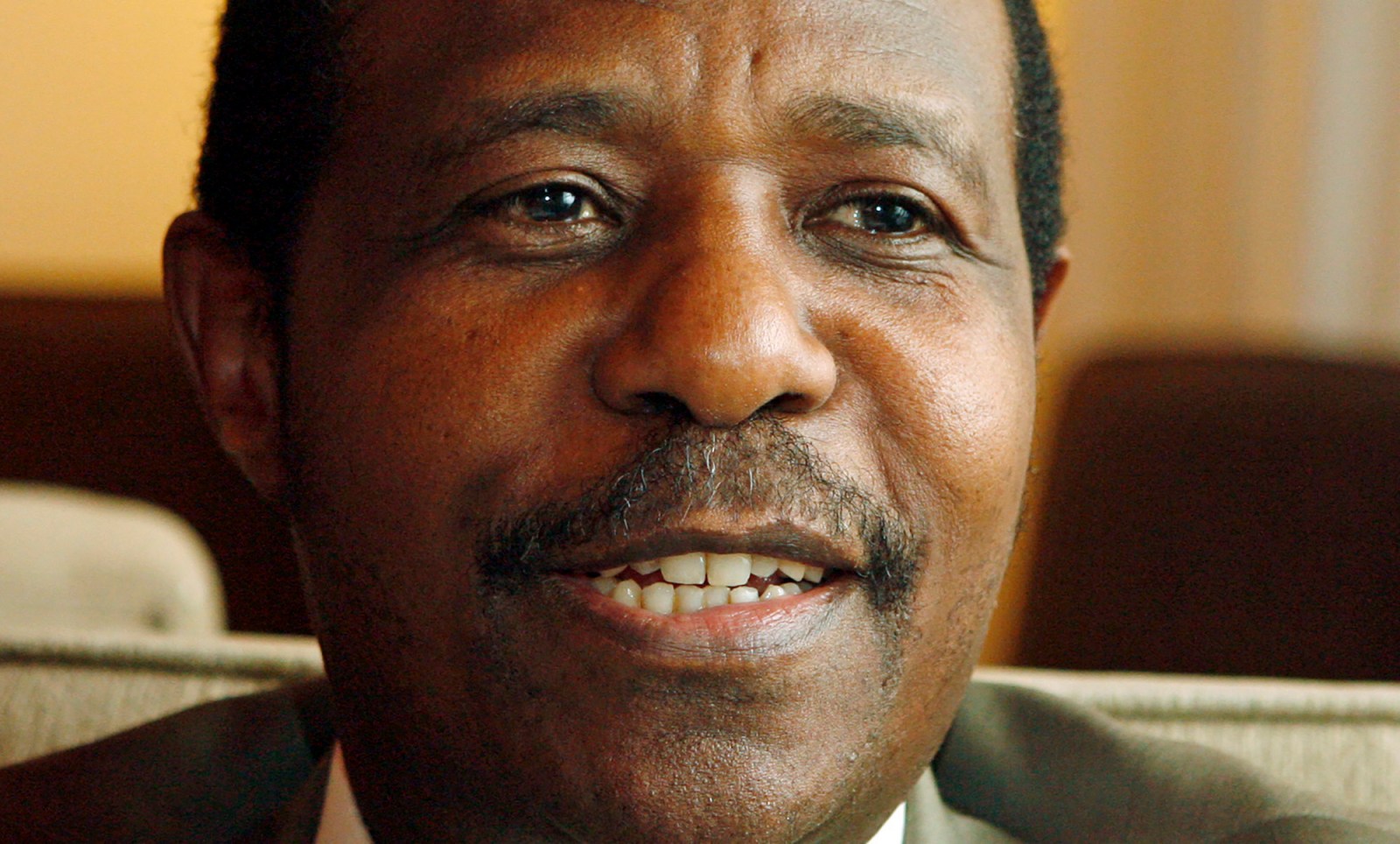 Paul Rusesabagina has already inspired one Hollywood movie, Hotel Rwanda, which dramatised his heroic exploits in saving many Tutsis from the 1994 genocide when he managed the real-life Hôtel des Mille Collines in the capital, Kigali. He may now inspire another movie.

This time it would be a political thriller about how this international celebrity living in the US ended up handcuffed in Kigali last week facing charges including terrorism, murder and ironically, kidnapping.

How and why Rusesabagina travelled to Kigali is still a mystery. But perhaps the real story is what drove him to that point and what this tells us about another Paul – Rwandan President Paul Kagame.

On 26 August, Rusesabagina flew from the US to Dubai, intending to return on 2 September. He arrived on 27 August and contacted his family late that night. Then he disappeared until he was paraded before the Rwandan media as a prisoner at the Remera Police Station in Kigali on 31 August.

The Rwanda Investigation Bureau (RIB) announced he had been taken into custody through “international cooperation” as the “subject of an International Arrest Warrant”. It added that he faced serious charges including “terrorism, arson, kidnap and murder, perpetrated against unarmed, innocent Rwandan civilians on Rwandan territory…” in June and December 2018.

Rusesabagina’s lawyers believe he travelled to Kigali in a jet owned by a charter company often used by the Rwandan government. How he got on that plane is the big question. Kagame denied on national TV that Rusesabagina had been kidnapped. Emirati authorities, however, also deny that they had cooperated in getting him to Kigali. This contradicts the RIB explanation that he had been arrested through “international cooperation” as the “subject of an international arrest warrant”.

Kagame hinted that Rusesabagina had been tricked into flying to Kigali – which does not alter the illegality of the move. Rusesabagina’s international lawyers, in a report to Nils Melzer, the UN Special Rapporteur on Torture, have noted that a United Arab Emirates (UAE) official has denied that Rusesabagina was “on any wanted lists”.

They also stated that the UAE and Rwanda have no extradition treaty. “Thus, it is clear Mr. Rusesabagina was taken from Dubai to Rwanda outside of any legal process, and without any legal protections… In short, he was subjected to an extraordinary rendition.”

Rusesabagina is a Hutu and is married to a Tutsi. As the movie Hotel Rwanda portrays, during the genocide, he used a combination of charm, bribery and political connections to protect Tutsis and moderate Hutus who sought refuge in his hotel. He claims to have saved 1,268 lives.

He went into exile early on, in 1996, ending up in the US where he became a celebrity, gathering awards such as the US Presidential Medal of Freedom, in 2005. Disillusioned with Kagame’s authoritarianism and human rights violations, he formed a political party, the Mouvement Rwandais pour le Changement Democratique and worked for change in his home country.

He then seems to have gone a critical step further. A 2018 video clip shows him calling on Rwandans to support the National Liberation Front (known by its French acronym FNL). This is the armed rebel group which the Rwandan government has blamed for the same fatal attacks for which it has now charged Rusesabagina.

Even by Kagame’s own standards, Rusesabagina’s extraordinary rendition – if that is indeed what took place – was brazen. He was the latest of many political enemies in exile whom Kagame has gone to great lengths to cripple, in complete disregard of international or local laws, diplomatic relations or global opinion.

In 2014, Human Rights Watch listed 14 Rwandan opponents of Kagame who had been killed, or had been victims of attempted murder, had been threatened with death or abducted abroad. These attacks began in October 1996 with the assassination in Nairobi of Théoneste Lizinde, a former intelligence official under the then president, Juvénal Habyarimana. Lizinde had joined the RPF but later fell out with Kagame and fled Rwanda.

The long arm of Kagame lawlessness has also reached South Africa. His former intelligence chief, Patrick Karegeya, who helped form an opposition party, the Rwandan National Congress (RNC) to oppose Kagame, was murdered in Sandton in 2013. Karegeya’s friend and fellow RNC founder Kayumba Nyamwasa, has survived four attempts on his life since he fled to South Africa in 2010. Few doubt that Kagame ordered the hits.

These attacks badly damaged relations with South Africa, and they have still not been completely repaired. Pretoria has requested the extradition of two Rwandans suspected of murdering Karegeya, so far without response from Kigali.

British author Michela Wrong, who is writing a book on Rwanda, wonders if Kagame has not overreached himself this time. “Most analysts seem to agree that Rusesabagina did not represent a big enough existential threat to the Rwandan state to justify the reputational risk Kagame is now running,” she told ISS Today. Wrong added that Rusesabagina is highly regarded especially in the US, an important Rwanda ally.

She believes his arrest could make Rwanda’s international friends question their assumptions and examine the mounting evidence of human rights abuses and lack of freedom of speech in the country. After too many years in power, Kagame may be suffering from a “Mossad complex”, Wrong says. This is the belief that “I can reach across half the world and kidnap pretty much anyone I choose, just because they get on my nerves.”

What, though, is the correct political and moral bearing on this case? Evidently, Kagame has overstepped the bounds of international law. On the other hand, Rusesabagina also seems to have crossed a line by backing armed insurrection.

Yet, the suppression of peaceful opposition is clearly forcing Kagame’s political opponents to seek alternatives. Examples include the RNC – which the UN says has an armed wing in eastern Democratic Republic of Congo – and now Rusesabagina.

Normal politics have clearly become obsolete when people like Diane Rwigara, a businesswoman and women’s rights activist, cannot run for president without being arrested and jailed for insurrection. Such outlandish charges by the Kagame regime against legitimate political opponents can easily become self-fulfilling prophecies, as seems to be the case with Rusesabagina.

It’s obviously hard to condone armed insurrection, especially if, as in this instance, innocent civilians were killed. But, like with coups, Africa and the world have to find a way to prevent the sort of grossly undemocratic behaviour which makes resorting to violence almost inevitable. DM