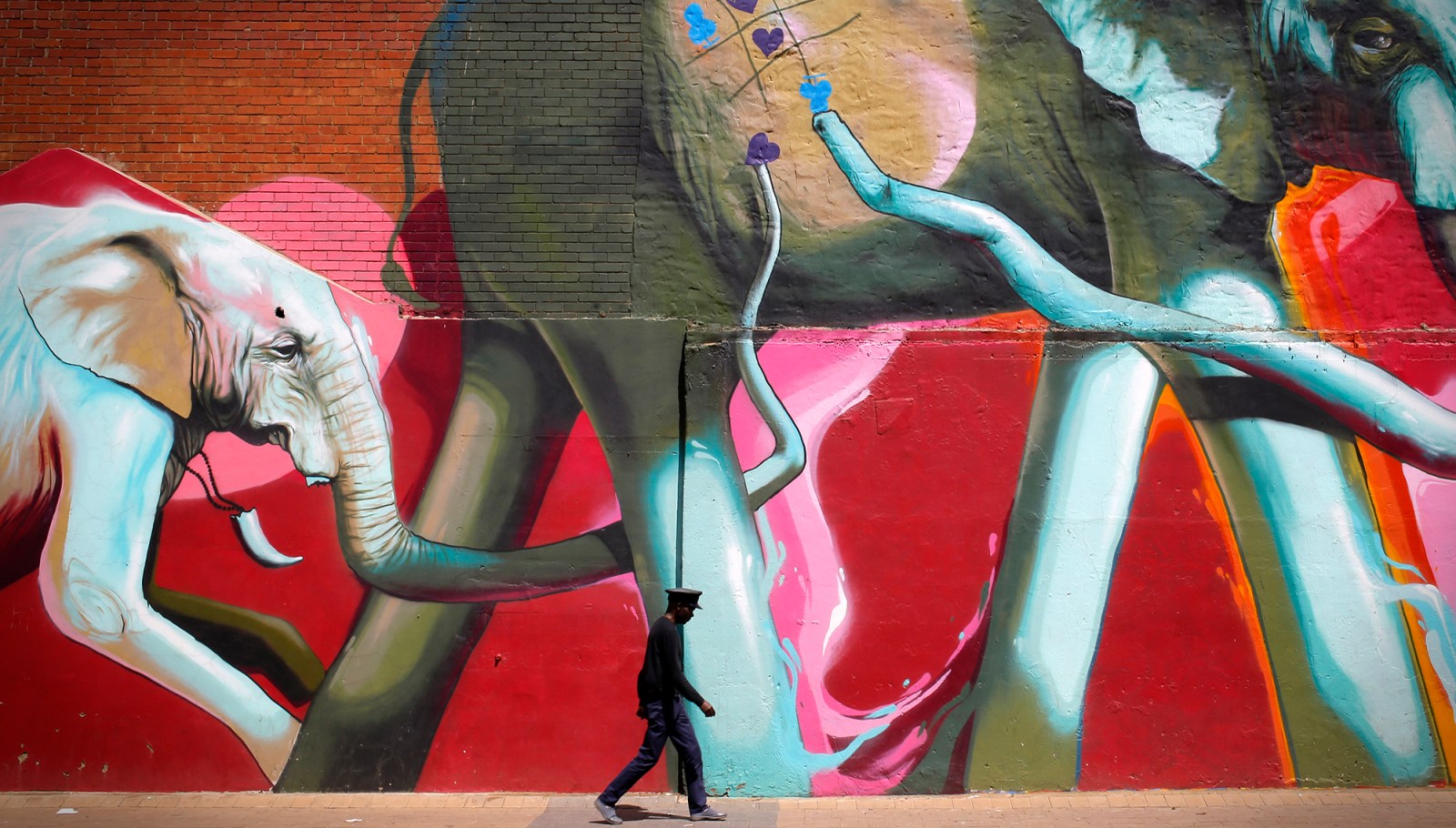 It’s time for Africa to forge ahead and aspire to a better future in which all of its people can thrive and realise their full potential, say the writers. (Photo: EPA-EFE / Kim Ludbrook)

Economists Fadhel Kaboub from Denison University in Ohio, US, Ndongo Samba Sylla from Université Cheikh Anta Diop in Dakar, Senegal, Kai Koddenbrock from Goethe University in Frankfurt, Germany, Ines Mahmoud and Maha Ben Gadha from Tunis, Tunisia, are the leaders of this open letter signed by more than 550 international personalities and internationally renowned economists. They plead for a break in economic development strategies in Africa and for the continent’s reconquest of its economic and monetary sovereignty. The open letter is available in 47 languages ​​(including languages ​​such as Wolof, in most cases with an audio version).

The full list of signatories, which is growing daily, can be viewed here.

While Africa has, so far, been spared from the worst public health effects of the Covid-19 pandemic, the subsequent economic shutdown has brought Africa’s economic deficiencies and structural vulnerabilities into sharp focus. As a resource-rich continent, Africa has the capacity to provide a decent quality of life for all of its inhabitants. Africa is capable of offering universal public services, such as healthcare and education, and guaranteeing employment for people who want to work, while ensuring a decent income support system for those who cannot work. However, decades of colonial and postcolonial socio-economic dislocation exacerbated by market liberalisation have forced African countries into a vicious cycle involving several structural deficiencies, characterised by:

This unholy trinity produces a very painful downward pressure on African exchange rates, which means higher prices for imports of vital necessities such as food, fuel, and life-saving medical products. In order to protect people from this type of imported inflation, African governments borrow foreign currencies in order to artificially keep African currencies “strong” relative to the US dollar and the euro.

This artificial “Band-Aid” solution forces African economies into a frantic mode of economic activity focused exclusively on earning dollars or euros to service this external debt. As a result, Africa’s economies have been trapped into an austerity model, often enforced via conditions set by the International Monetary Fund (IMF), as well as the constant pressure from other creditors to protect their political and economic interests, which further encroaches on the economic, monetary, and political sovereignty of African countries. Conditions imposed by the IMF and international creditors usually focus on five problematic and unfruitful policy strategies:

Each one of these strategies is a trap disguised as an economic solution. Export-led growth increases imports of energy, high value-added capital equipment and industrial components, and encourages the grabbing of land and resources, but only increases the exports of low value-added products. And, of course, not all developing countries can simultaneously follow such a model. If some countries want to achieve a trade surplus, there must be others willing to run a trade deficit.

FDI-led growth increases energy imports and forces African countries into an endless race to the bottom in order to attract investors via tax breaks, subsidies, and weaker labour and environmental regulations. It also leads to financial volatility and significant net resource transfers to rich countries, with some taking the form of illicit financial flows. Tourism increases both energy and food imports, while adding substantial environmental costs in terms of its carbon footprint and water use.

Most SOEs were privatised in the 1990s (eg, telecoms, electric companies, airlines, airports, etc). Further privatisation will devastate whatever little social safety nets remain under public control. Financial market liberalisation typically requires deregulating finance, lowering capital gains taxes, removing capital controls, and artificially raising interest rates and exchange rates – all of which guarantee an attractive environment for the largest financial speculators in the world. They will flock in with a rush of “hot money”, only to “buy low and sell high,” then flee, leaving behind a depressed economy.

Finally, all free trade and investment agreements aim at accelerating and deepening these five strategies, pushing African economies deeper into this quagmire. This flawed economic development model further exacerbates Africa’s “brain drain”, which tragically, in some cases, takes the form of death boats and death roads for economic, health, and climate migrants.

These five Band-Aid policy solutions tend to be attractive because they provide temporary relief in the form of job creation, and give the illusion of modernisation and industrialisation. However, in reality, these jobs are increasingly more precarious and susceptible to external shocks to the global supply chain, global demand, and global commodity prices. In other words, Africa’s economic destiny continues to be steered from abroad.

The Covid-19 pandemic has exposed the roots of Africa’s economic problems. Therefore, the post-pandemic recovery will not be sustainable unless it addresses pre-existing structural deficiencies. To that end, given the impending climate crisis and the need for socio-ecological adaptation, economic policy must be based on alternative principles and proposals.

We call on all African states to develop a strategic plan focused on reclaiming their monetary and economic sovereignty, which must include food sovereignty, (renewable) energy sovereignty, and an industrial policy centred on higher value-added content of manufacturing. Africa must put an end to its race-to-the-bottom approach to economic development in the name of competition and efficiency. Regional trade partnerships within the continent must be based on coordinated investments aimed at forming horizontal industrial linkages in strategic areas such as public health, transportation, telecommunications, research and development, and education.

We also call on Africa’s trading partners to acknowledge the failure of the extractive economic model and to embrace a new cooperation model that includes the transfer of technology, real partnerships in research and development, and sovereign insolvency structures – including sovereign debt cancellation – that preserve output and employment.

African states must develop a clear and independent long-term vision to build resilience to external shocks. Economic and monetary sovereignty do not require isolation, but they do require a commitment to economic, social, and ecological priorities, which means mobilising domestic and regional resources to improve the quality of life on the continent. This means becoming more selective when it comes to FDI, and export-oriented, extractive industries. It also means prioritising eco-tourism, cultural heritage, and indigenous industries.

It’s time for Africa to forge ahead and aspire to a better future in which all of its people can thrive and realise their full potential. This future is within reach, and it starts with Africa reclaiming its economic and monetary sovereignty. DM

The original authors write in their personal and not institutional capacities.