Beyond lockdown: Africa needs to ramp up its testing, tracing and treatment efforts 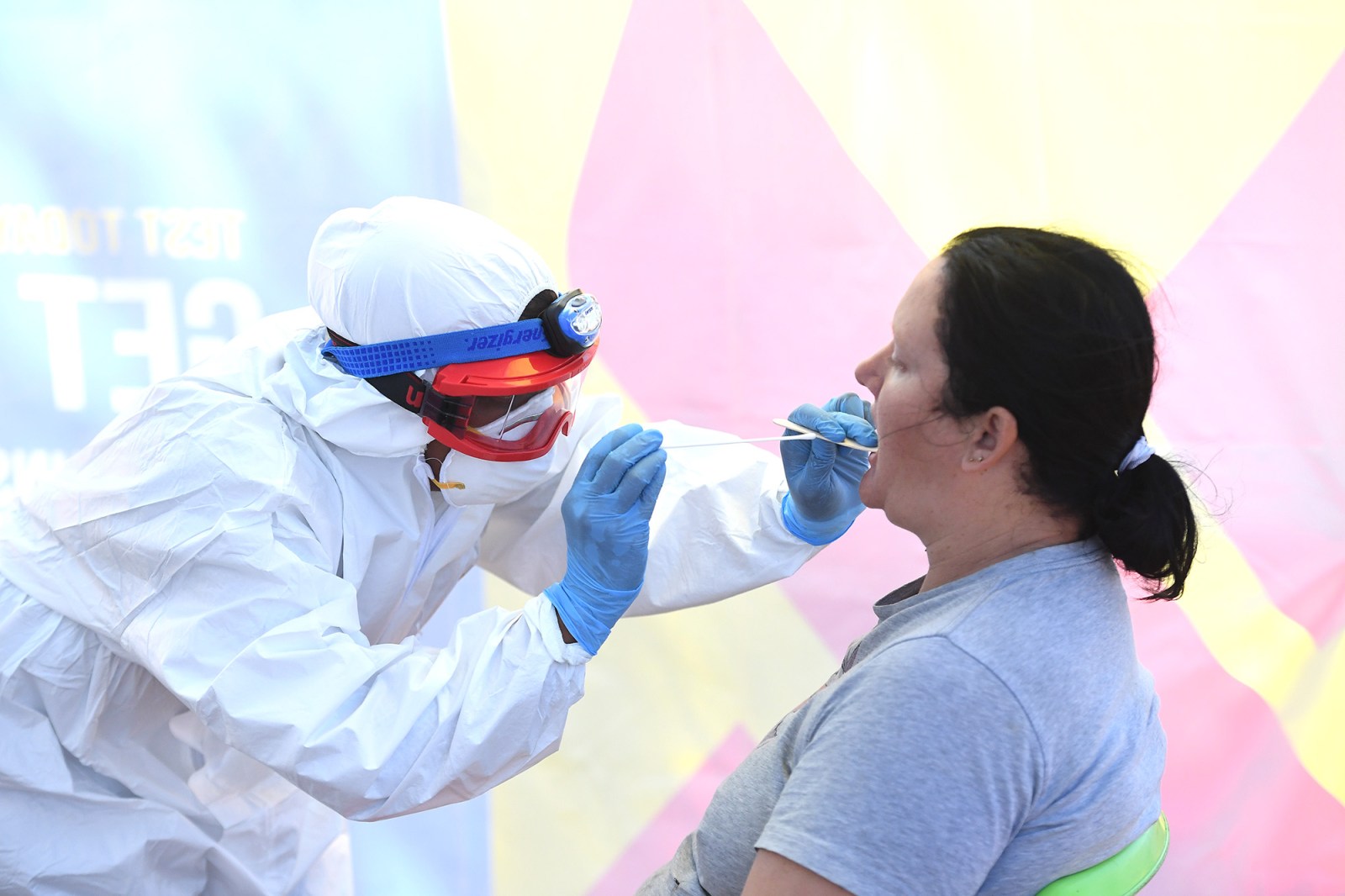 Health authorities were conducting swab tests and screening residents of vanderbijlpark,the coronavirus pandemic has caused most country to be on lockdown. Felix Dlangamandla.

Lockdowns and physical distancing have proved crucial to slowing the spread of Covid-19 in the short term, but looking to the future these measures are unsustainable and have caused a lot of social and economic damage. As the race for the vaccine continues experts are now focused on improving testing, tracing and treatment efforts, especially in Africa, where life-threatening gaps exist.

Test, trace and treat. These are three fundamental keys to controlling the spread of Covid-19. As simple as this sounds, it is difficult to achieve, an issue that health experts discussed during a virtual conference on Covid-19 in Africa on Thursday.

Delivering a keynote address, Professor Wafaa El-Sadr said that population mitigation measures such as lockdowns and physical distancing were unsustainable and had had devastating social and economic effects from job losses to gender-based violence, and disruptions to education.

As the pandemic continues to grow, testing is crucial for identifying both symptomatic and asymptomatic individuals, while successful contact tracing allows for the prompt isolation of those infected and ensuring those at risk are quarantined – breaking the chain of transmission.

“There are still a lot of gaps that exist,” said El-Sadr, who is the founder and director of ICAP (formerly the International Center for AIDS Care and Treatment Programs) at Columbia University in the US. But as the race for a vaccine continues, effective testing, tracing and treatment measures are critical.

Her address was followed by a panel discussion moderated by Martin Veller, dean of the Health Sciences faculty at the University of the Witwatersrand, and included fellow panellists Professor Glenda Gray, CEO of the South African Medical Research Council; Dr Meredith McMorrow from the US Centers for Disease Control (CDC); Mazyanga Mazaba Liwewe from Africa CDC; and Jennifer Dohrn from Columbia University.

El-Sadr explained that there were two main types of tests: diagnostic tests that identify current infection, and serologic tests that indicate signs of previous infection. Both have shortcomings, according to McMorrow, who’s based in South Africa, such as the costs of testing kits, and maintaining equipment.

Quoted in El-Sadr’s talk was a study from the Africa CDC that showed some of the key challenges to testing, tracing and treatment on the continent, such as:

“It uses Bluetooth technology to notify users if they have been in contact with [the] coronavirus, including strangers in retail stores, in public transport or in any public space,” a statement from the Presidency read. However, global concerns have been raised over data privacy infringements in relation to contact tracing apps. Prior to South Africa, Germany and Ireland implemented similar Bluetooth-enabled interventions.

Much of the testing in Africa focused on symptomatic carriers, said El-Sadr, though global data showed that roughly 40% of transmissions were from people who were asymptomatic. South Africa, for example, had relatively restrictive testing criteria initially requiring a person to have symptoms such as a dry cough or fever.

Concerns over this testing strategy in densely populated settings such as informal settlements were raised. Asymptomatic carriers were a significant threat to close contacts, especially in multigenerational homes.

South Africa also faced challenges of self-isolation and self-quarantine among the poor. For example, the Western Cape dealt with high-rejection rates for facilities that had been set up to accommodate those who could not isolate or quarantine at home. Some people had concerns about restrictions to freedom of movement while others did not want to be separated from their families. Further concerns were stigmatisation from community members who would witness a person being taken to a facility by a government vehicle.

But there have been successes. Innovative strategies such as ‘pooled testing’ were effective in Ghana to shorten results’ turnaround time from six days to two and was a cost-effective, low-resource strategy to curb the country’s outbreak. Pooled testing allows saliva from several people to be analysed by one test.

Wastewater surveillance  has also been punted as a cost-effective early warning system to help identify hotspots as the pandemic continues to progress. In South Africa, the Water Research Commission (WRC) in partnership with the South African Local Government Association (Salga), is leading a water surveillance initiative called the Water Quality (Wastewater and Non-sewer) National Surveillance Programme.

Global resources, however, are being pumped into vaccine development. As Africa CDC director John Nkengasong said during Wednesday’s dialogue, “The discussion on a vaccine represents one of the greatest geopolitical conversations that are currently going on.”

Only five of the approximately 130 clinical trials under way globally are taking place in Africa, one of which is being led by Professor Shabir Madhi from Wits University. DM

Daily Maverick is a media partner for the “Meeting the Challenge of Covid-19 in Africa” conference held virtually from 1-4 September and co-hosted by the universities of Columbia and the Witwatersrand.