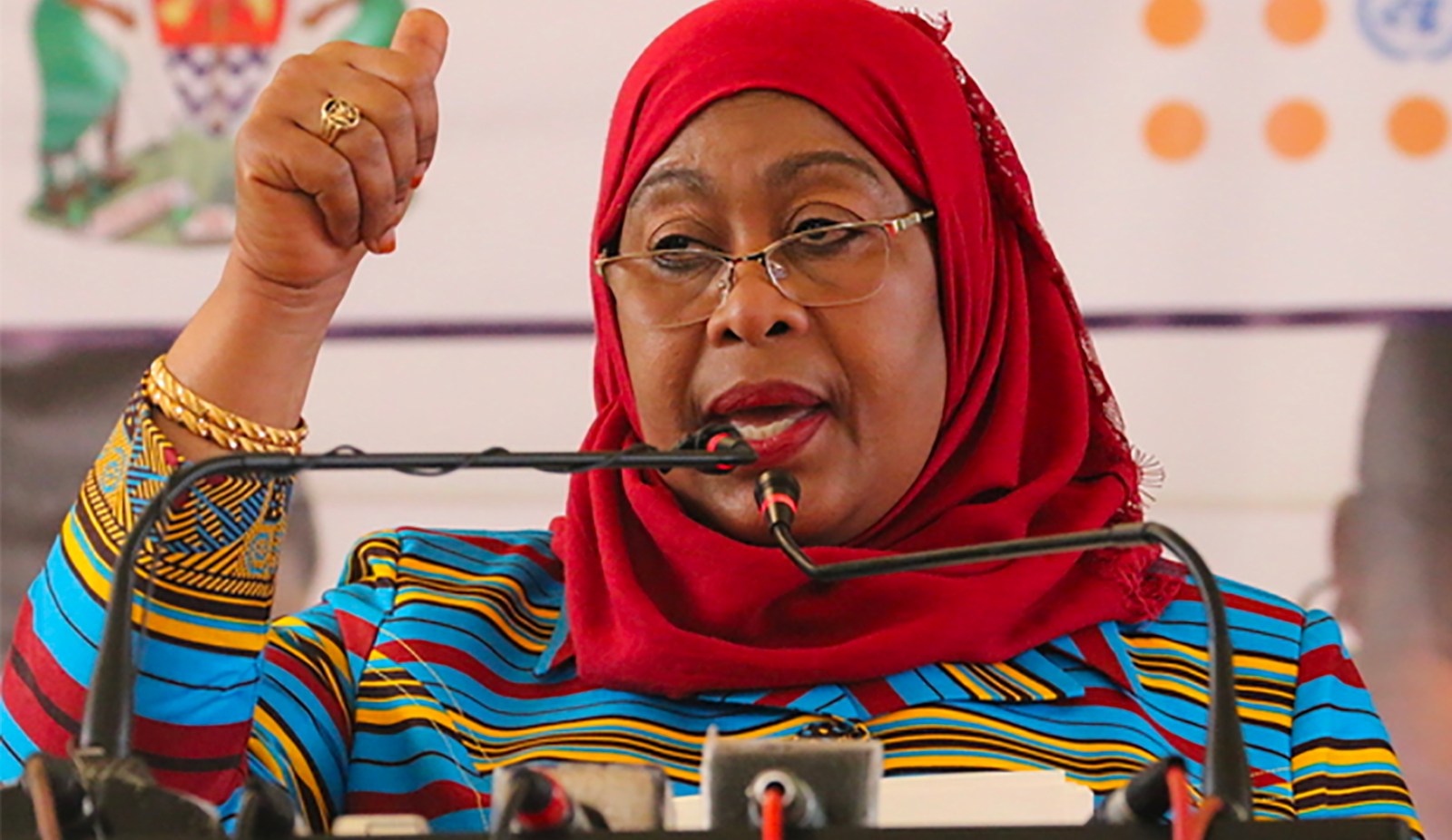 Women are bearing the brunt of political attacks in Tanzania, feminist activists say, while an opposition politician is expressing misgivings about the possibility of a free and fair election next month.

Tanzania’s first woman vice-president, Samia Suluhu, has merely been “camouflage” for a government that has had no interest in advancing women’s rights, Tanzanian lawyer and former president of the Tanganyika Law Society, Fatma Karume, said.

“It’s complete and utter camouflage,” she told an online event on Wednesday night, hosted by The Resistance Bureau, an organisation hosting discussions on “democracy and the struggle for freedom”.

The vice-president is the second most politically powerful position in the country and Suluhu landed the post after being chosen by President John Magufuli as his running mate ahead of the 2015 general elections.

Karume said all the real political work was done by men, but because there is a woman as vice-president, “they think they can be excused for their misogynistic utterances”. This was an attempt at dehumanising women, she said.

Since Magufuli, along with Suluhu, came to power, women have been “insulted, oppressed and ridiculed in ways that we never had it before”, said Mwanahamisi Singano, a feminist and activist working for The African Women’s Development and Communication Network.

Despite Tanzania, like many others in Africa, being a patriarchal society, the political elite has always been conscious about at least saying the right things and committing to respect and engage women, she said.

“In the past five years, women have been the definition of everything wrong. In several instances when the president wants to diminish or belittle something, he’d equate it with women.”

Singano said when Magufuli wants to disregard a topic, he’ll say, “Go and have this discussion with your wife.” She said that even as Tanzania was committed to the United Nations sustainable development goals regarding gender equality, there has been “a lot of backsliding”.

She said the government prohibits girls from going back to school if they are pregnant, but at the same time, Magufuli tells women at a rally to go out and get pregnant so that there isn’t a shortage of people to build the country.

“This administration has been the epitome of how the patriarchy manifests itself in a structural way and in a system of a political elite. It’s sad when a woman in a leadership position has been unable to counter, check, inform and advise the presidency,” she said.

On the upside, “shangazi” have become more prominent, Singano said, laughing. In Kiswahili the shangazi is your father’s sister and the most important aunt and woman in the family, Karume explained.

“In a patriarchal system the paternal aunt is very important, it’s an extension of your father.”

In 2017 there was a rebellion of backbenchers and Magufuli threatened to beat up their aunts, or shangazi, for it. Karume said she was affronted by that.

“Why beat up the women? The women are always getting the short end of the stick in this administration. Even if it’s men who are misbehaving, he says he will beat your aunt.”

This was ridiculing the role women have played “for generations and centuries in our culture on the paternal side,” she said, adding that a number of women have, in defiance, claimed their places as shangazi in the society.

Activists fear that not much will change as Magufuli and his governing Chama Cha Mapinduzi party look set for another victory at the polls next month. Zitto Kabwe, opposition ACT Wazalendo leader, said he was concerned about whether this election will be free and fair as the president and foreign minister Palamagamba Kabudi have promised the international community and the opposition.

Kabwe said a third of the opposition candidates have already been disqualified from participating on what he considered spurious grounds. The opposition last year boycotted the elections because most of their candidates were disqualified, but he said the same won’t happen this year.

“CCM wanted us to boycott the elections so they can go on governing forever and go scot-free. People are preparing themselves to mobilise to defend their democratic rights,” he said, but this will happen in a peaceful manner.

Human Rights Watch this week in a brief expressed concern about what the pressure group observed as a growing suppression of democratic rights ahead of the election. They say at least 17 opposition party members and government critics have been arrested since mid-June – Kabwe himself is also facing criminal charges – while a rights group was suspended and the licence of another was cancelled.

There have also been growing media restrictions, with a newspaper affiliated with the opposition having its licence revoked, while reporting on Covid-19, which Magufuli says no longer exists in the country, has been restricted.

Kabwe said all local observers – except for NGOs friendly to the government – had been denied permission to observe, but the opposition has written letters to the African Union and the Southern African Development Community, asking them to send their observer missions. It’s not clear whether this is going to happen.

“The election has already been stolen, even before voting day,” Kabwe said. DM