Escaping poverty takes an act of will 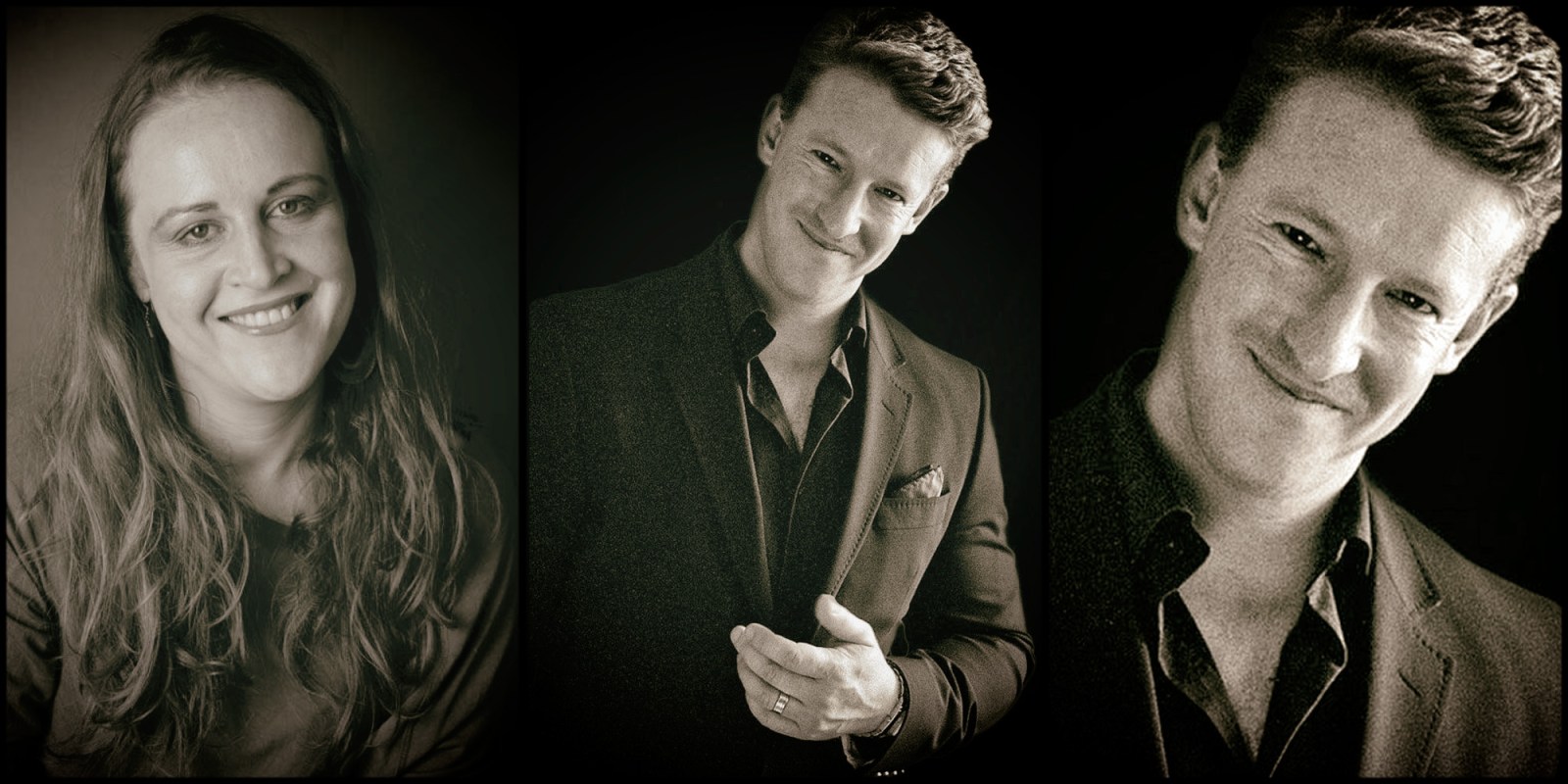 Escape poverty. Raise your value. Change the trajectory of your story. It all begins with the way you think, author Douglas Kruger told Business Maverick’s Ruan Jooste in a recent Daily Maverick webinar.

It is a fact that South Africa’s growing levels of unemployment, poverty and inequality are unsustainable, and it’s an understatement to suggest that this triple scourge prevents the country from reaching its full potential.

The problem seems intractable, despite well-intentioned government policies. And the lockdown caused by the Covid-19 pandemic and resultant economic crisis has exacerbated this, affecting all but the top strata of society.

In fact, as is often the case, it is those at the lower end of the economic ladder who bear the brunt of any economic contraction.

After 26 years of democracy, millions of people have clawed their way out of poverty, making it disheartening to see those who clawed their way up the ladder, falling back down into poverty, even if it’s apparently “transient”.

What is the answer?

Everyone will have a different take on that question. Some argue for increased taxes on the wealthy, expanding the social grant system and more government intervention. 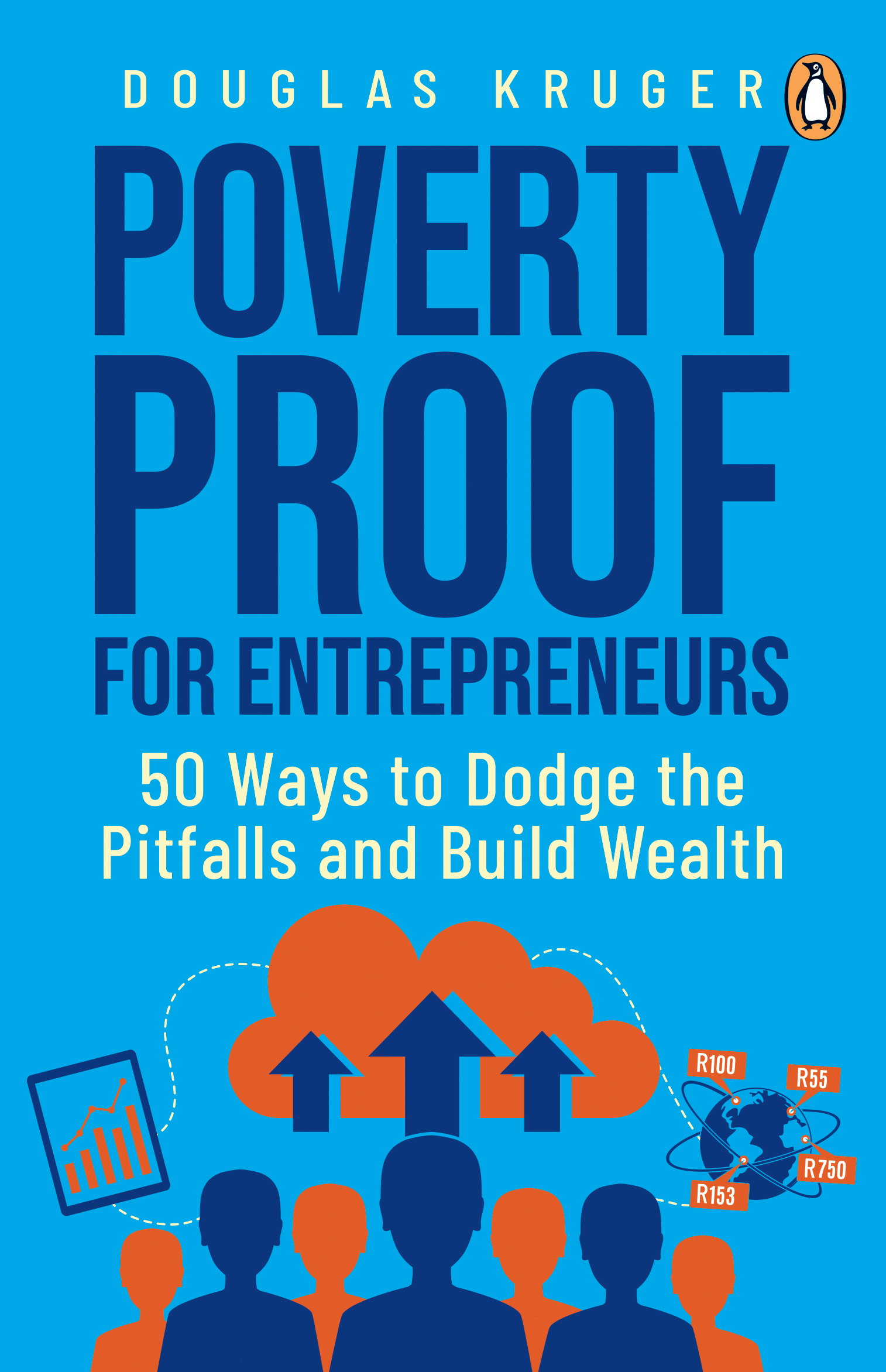 But for entrepreneurs, even survivalist entrepreneurs, the idea of waiting around for the government to solve any problems is simply not part of their mindset, says Douglas Kruger, author of an array of business and personal finance books, including a new Poverty Proof series.

“Waiting for help from the government, or anyone else for that matter, is simply self-defeating,” he told Business Maverick associate editor Ruan Jooste during a Daily Maverick webinar, “Poverty Proof for Entrepreneurs: 50 ways to dodge the pitfalls and build wealth”.

Escaping poverty or, rather, creating wealth all begins with a particular mindset, he says. (Arguably, one would add quality education to this point.)

That said, it is a truism that entrepreneurs – the wealthy ones – have a particular mindset, so if you plan to switch yourself out of poverty, then get your head around these points.

Your starting point, says Kruger, has to be the belief that a radical scenario change is possible. He speaks from his lived experience of a childhood in which no power through winter and food baskets from the church feature prominently in his memories.

Changing this trajectory requires a conscious decision, he says.

Beyond that, he offers a few tips. Relinquish your reliance on the government, as financial freedom will not come from government dependence, resist the hidden taxes imposed on the poor – alcohol, gambling, lottery tickets – and  strive to become your own boss and create value.

The latter point should be obvious – if a person carries out no economic activity and generates no value, then they will not generate wealth. You do not need to be the Mozart of the music world, or the Jeff Bezos of the retail world, but you can contribute and if you create value, you will create trust.

“Trust is at the heart of the value you offer,” he says.

Waiting for the government is another pet hate.

“Governments have been disappointing citizens for hundreds of years.” Kruger is a fan of conservative economist Thomas Sowell, who advocates smaller government. He recounts several instances in which governments turned small problems into major ones by using blunt force – such as tariffs or price controls – to respond to economic concerns.

“In sub-Saharan Africa, which has so much potential, there is this dynamic where people are taught to wait for the government, but in the process entrepreneurial activity is stifled.”

Another type of person who is likely to remain “poor” (as opposed to fabulously wealthy) is one who many will relate to.

“If your job is a means to a smart car and fancy lifestyle, wealth will remain elusive,” he says. “Income should be a tool to create wealth.”

This is difficult in a society that values “bling” and conspicuous consumption. “South Africans are consumers who live on debt and don’t save a dime,” adds Jooste.

We are also a nation that values “a job”. Yet, the best form of wealth creation is to own your own business or several businesses, says Kruger. “Most of the world’s millionaires or billionaires are first-generation business owners – they did not inherit their wealth.”

That may be true, but it’s a comment that is difficult to stomach when the reality is that the majority of businesses that start, fail.

“If you are clever enough to start a business, you can be guided to avoid the traps that many business owners fall into,” he says.

The first is, don’t innovate. Literally. Don’t do big, bold or blue sky.

“That is nice but dangerous. Rather copy and paste.” He is not talking about intellectual property infringement, but reinventing the wheel.

“There was nothing original in McDonald’s. What was unique was the way the founders combined several successful principles into one offer.”

He advises business owners to focus 90% of their effort on sales and marketing – the things that make money – rather than the fluff around that. This means sell hard, and brush up on your public speaking and presentation skills.

“Public speaking is a learnable skill. At a funeral most people would rather be in the box than reading the eulogy – but this is a skill that has huge bearing on your business growth.”

In the early days, hire people who are passionate and committed to the project, rather than people with celebrity CVs. As the business matures and you need to diversify thinking, change the type of people you employ to avoid “groupthink”.

As the business grows, watch your cash flow like a hawk as this is a potentially lethal trap that many entrepreneurs fall into.

Another pitfall, unfortunately, is theft. “I’m not talking about casual pilfering, but theft on a grander scale by the person or people with access to your accounts,” Kruger says. One-third of businesses fail because people have stolen from them.

“Being rich is not normal: most people never achieve wealth in their lifetime. To become rich, you will have to think radically differently from the way most people around you think.”

And here endeth the lesson. DM/BM