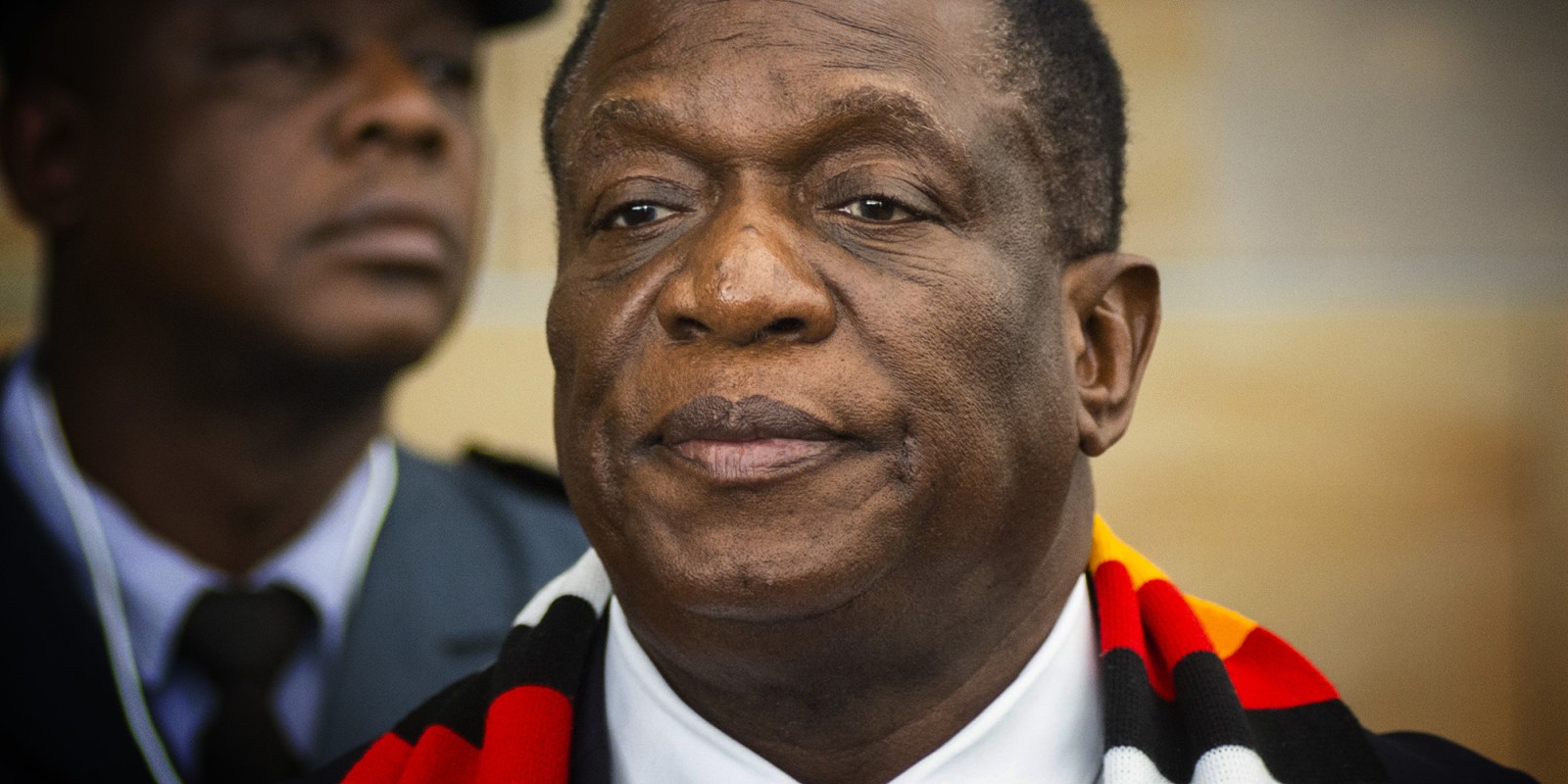 South Africa is evidently dangling a few carrots in front of Zanu-PF’s nose to try to persuade the Zimbabwe ruling party to allow President Cyril Ramaphosa’s special envoys to meet the political opposition and civil society as part of Pretoria’s efforts to help the country resolve its growing political and economic crisis.

The Zimbabwe government wants South Africa’s help with personal protective equipment (PPE) and other equipment to fight the Covid-19 pandemic, as well as support in trying to secure international loans to tide it over its desperate economic crisis.

But Pretoria is evidently withholding the requested support until Zanu-PF drops its opposition to Ramaphosa’s three special envoys meeting all Zimbabwean stakeholders so as to get a broad and true picture of the causes and possible solutions to the crisis.

Special envoys Sydney Mufamadi, a former minister of safety and security and of provincial and local government; Baleka Mbete, a former deputy president and speaker of Parliament; and Ngoako Ramatlhodi, a former public service and administration minister, visited Harare on August 10, hoping to meet a broad range of politicians and civil society leaders to assess the crisis.

But after they had met President Emmerson Mnangagwa and Zanu-PF, he blocked them from meeting anyone else, including the main opposition party, the Movement for Democratic Change-Alliance led by Nelson Chamisa, as well as a smaller splinter group, the MDC-T lead by Thokozani Khupe. Mnangagwa told the envoys he had understood from his conversations with Ramaphosa that they were presidential envoys and so should meet only him.

Mufamadi protested that the envoys had sent him in advance their list of interlocutors with no objections raised, but Mnangagwa would not budge. He suggested that they should go home and report to Ramaphosa on their meeting with him and if necessary they could return to meet other players.

However, it is understood that Mnangagwa and Zanu-PF are now resisting the idea of a return visit by Ramaphosa’s envoys to meet these other players. Among those on the original agenda of the special envoys were the Zimbabwe Council of Churches, Mnangagwa’s dialogue forum the Political Actors Dialogue (POLAD), and the Zimbabwe Institute as well as the two MDC parties.

Pretoria is insisting the envoys should meet whoever they want to meet. Ramaphosa made this clear on Monday when he addressed a press conference after the ANC’s National Executive Committee (NEC) meeting. He said that in the extensive discussion which his envoys had had with Mnangagwa and Zanu-PF on August 10, “it became clear that they would need a process in which they would engage with other people. And it was felt we should give consideration to that.

“And that is obviously something we would want to see happen.”

In the meantime, he said that Mnangagwa had told him that he would like the ANC as a political party to meet Zanu-PF’s Politburo, and so ANC Secretary-General Ace Magashule and his Zanu-PF counterpart were now arranging for this visit to take place “within days”.

Ramaphosa added that the NEC had “expressed the deep desire” that the ANC mission should also have the opportunity of meeting other stakeholders.

“Clearly, it’s important we get as broad a view of what is happening as we possibly can,” Ramaphosa said – because South Africa was feeling the impact of the Zimbabwe crisis on its own borders. This was clearly a reference to the large numbers of Zimbabweans illegally crossing the border into South Africa, mainly to escape economic hardship.

Despite the NEC’s wish for the ANC delegation to meet a broad range of Zimbabwean stakeholders, it is understood that Pretoria feels it would be better for the ANC to meet only its ruling party counterpart, Zanu-PF,  while Ramaphosa’s special envoys – who have a different mandate as they represent the South African government – should meet the other stakeholders, as they had originally intended to do on August 10.

Zanu-PF would evidently prefer the envoys’ mission to be merged with that of the ANC and for neither to meet the opposition and civil society.

As a result of this intransigence, there are indications that Pretoria might have started to exert economic pressure on Zanu-PF – something it has rarely done before, if at all.

The bankrupt Zanu-PF government has requested South African government support in acquiring personal protection and other equipment to fight Covid-19. It has also asked Pretoria to help it secure private international loans, though what form this assistance might take is not clear yet.

The ANC government’s response to Harare has been to say it cannot justify to its constituency providing such support to Zimbabwe while Harare is preventing it from meeting all stakeholders to try to resolve the crisis which has made such South African support necessary in the first place.

South Africa has another potential lever in that it is also providing Zimbabwe with significant amounts of grain to prevent starvation in a population where about half are suffering food insecurity.

But it is not clear if Pretoria would also use this grain supply – which comes in the form of a donation, not a loan – as a political lever as it is regarded as humanitarian support. DM