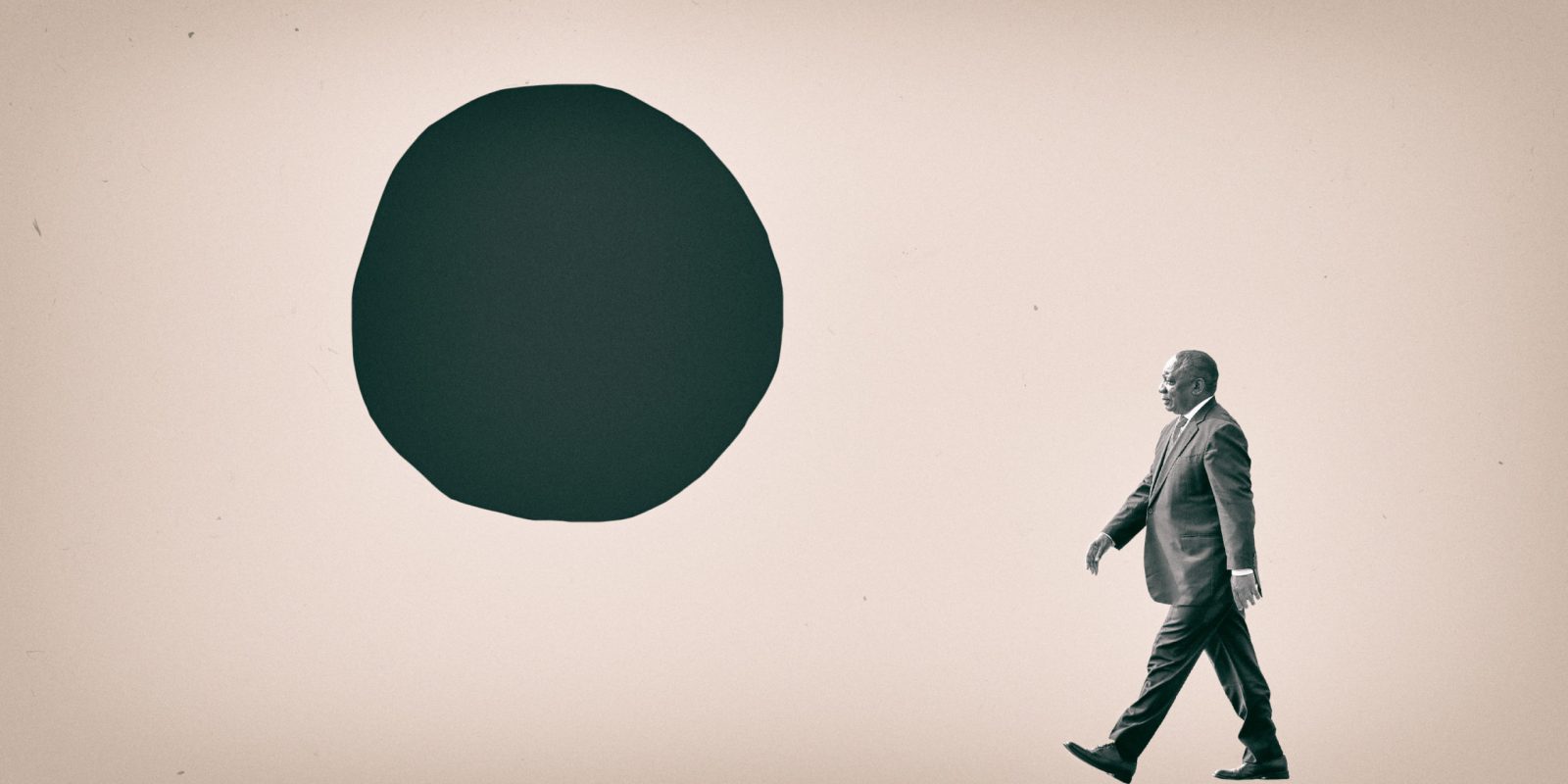 President Cyril Ramaphosa has emerged from a special ANC National Executive Committee meeting around tackling corruption in the party looking strong, with talk that he might shuffle his Cabinet to show this strength.

September does not only herald another season, but it’s also when prosecutions boss Hermione Cronje told the Sunday Times that the first high-profile individual will be charged in connection with State Capture. This was in reference to a recently amended regulation for the Zondo Commission of Inquiry into Allegations of State Capture that will allow the National Prosecuting Authority to authenticate the #GuptaLeaks and transfer them into its docket – thus enabling it to prosecute a number of high-fliers implicated in looting the state during the Jacob Zuma years.

This past weekend the ANC’s National Executive Committee (NEC) set out to spring-clean party regulations around what the correct thing would be for its leaders and members should they face corruption charges, or if there are allegations of corruption against them. Thus far it was not clear whether those who are not facing charges, but strong allegations of corruption, should step aside too, or whether this should only happen once a leader is charged. There might be some clarity in the post-NEC press conference expected early this week.

For example, Limpopo provincial treasurer Danny Msiza and Vhembe mayor Florence Radzilani were returned to their positions in July because no moves had been made to charge them since they stepped aside in December 2018, after being implicated in the VBS Bank looting. A source from the province said they will remain in their positions for now because the NEC over the weekend agreed that it’s difficult – and unfair – to act against them if they haven’t actually been charged. Msiza also managed to have findings of the report implicating him set aside by a court earlier this month on procedural grounds.

There was a strong pushback before the weekend meeting by detractors of President Cyril Ramaphosa after he wrote a seven-page letter to ANC members on the Sunday before the special NEC meeting, saying the party was accused number one when it came to corruption. Among those who fired back were former president Jacob Zuma, who himself is facing a raft of corruption charges and whose close associates were implicated in wrongdoing by the #GuptaLeaks.

Those in Zuma’s camp seem to be under siege at the moment, with ANC Secretary-General Ace Magashule having been called to account to the party’s Integrity Committee to explain what he meant when he said in an interview on July 7:

“I shall not step aside due to allegations of corruption.” The outcome of the past weekend’s NEC meeting might just be an indicator of how this hearing could go for him.

A number of people from Zuma’s camp have, however, called on Ramaphosa to step down. Zuma, in his letter, referred to Ramaphosa fundraising millions of rand for his campaign to become president in 2017 as something that was incorrect and frowned upon under ANC rules. Charges have also been laid against Ramaphosa in relation to his campaign funding by Black First Land First leader Andile Mngxitama, a long-time ally of the Zuma camp, and this has, in turn, been used by national working committee member Tony Yengeni as well as by Ekurhuleni mayor Mzwandile Masina to call on Ramaphosa to step down.

Ramaphosa has, however, pre-empted this move and has already told the Integrity Commission that he would subject himself to scrutiny. It was reported that the NEC this weekend said that others, such as Minister of Co-operative Governance Nkosazana Dlamini Zuma and Housing Minister Lindiwe Sisulu should also have their campaign donations scrutinised.

An ANC source said Ramaphosa is likely to be cleared by the Integrity Commission as he “has not done anything wrong” and campaigns within the ANC “have always been reliant on huge budgets”, sometimes even state funds. He also claimed that Ramaphosa’s campaign has “information and proof” of how their opponents got the money. “It is not illegal, but discouraged by the party,” he said.

There was also talk that Ramaphosa would effect a Cabinet reshuffle after this NEC to strengthen his hand – a move typically used by Zuma during his tenure. A significant number of Zuma’s 11 Cabinet reshuffles during his almost nine years in office were used to consolidate his power after a favourable meeting or event. Whereas Zuma did not always inform the party’s top six officials of these moves, which sometimes happened late at night. Ramaphosa appointed his Cabinet after last year’s general elections with the buy-in of party officials.

The vacancy left after Deputy Minister of Mineral Resources and Energy Bavelile Hlongwa died in a car accident last September could present Ramaphosa with an opportunity to do a reshuffle. He might also be forced to sack Deputy Defence Minister Thabang Makwetla who was found guilty by a parliamentary portfolio committee of failing to declare gifts from disgraced security company Bosasa.

Similarly, Minister of Small Business Development Khumbudzo Ntshavheni was implicated by a court judgment in tender irregularities during her time as municipal manager in Limpopo. There have also been rumours that Communications Minister Stella Ndabeni-Abrahams is in the firing line after she twice ignored Parliament, the latest instance being last week when she appointed five instead of the recommended six councillors to the Independent Communications Authority. She was also placed on leave for a month at the beginning of the Covid-19 lockdown for flouting regulations and posting about it on social media.

Finance Minister Tito Mboweni’s name also figured in these reshuffle rumours, but it’s possible that his detractors in the ANC used his dressing down last week for criticising a Zambian government decision to fire that country’s central bank governor to fuel these.

“There is a malicious rumour that I have resigned! It is untrue. I am firmly here as Minister of Finance. We have work to do. So much to do: fix our economy! No time for for [sic] pettiness.”

Already there is talk about branch members getting agitated about their voices not being heard (branches can’t meet due to Covid-19 restrictions, and with limited connectivity, many can’t hold online meetings), and calling for the party’s national general council – the biggest meeting of branch representatives in between its five-yearly elective conferences – to be convened. It could not happen this winter due to the Covid-19 lockdown.

Next year’s local government elections are on the horizon, and it is expected that branch members will, as previously, be involved in deciding who the party’s candidate in their wards will be – a matter that has previously led to violence and even murder. This could partly explain the agitation.

Voters are, at the same time, increasingly disillusioned after a good amount of transparency has exposed vast misspending on Covid-19-related medical supply tenders in the past few months (the latest report points to the Gauteng government spending R500-million above market-related prices on these products and supplies). The ANC will have to be seen to be acting if it does not want to bleed more votes.

With the pandemic likely to drag on to year-end and beyond, the ANC might not be able to rely, as usual, on being able to rally voters in its favour by holding feel-good campaign rallies. With Ramaphosa closing the taps on kickbacks, and with donors possibly feeling the pinch of this and the pandemic-related economic downturn, the party’s campaign coffers are likely to be fairly empty.

The party might now have to actually fulfil some promises – or at least appear to be doing so – to win votes. DM