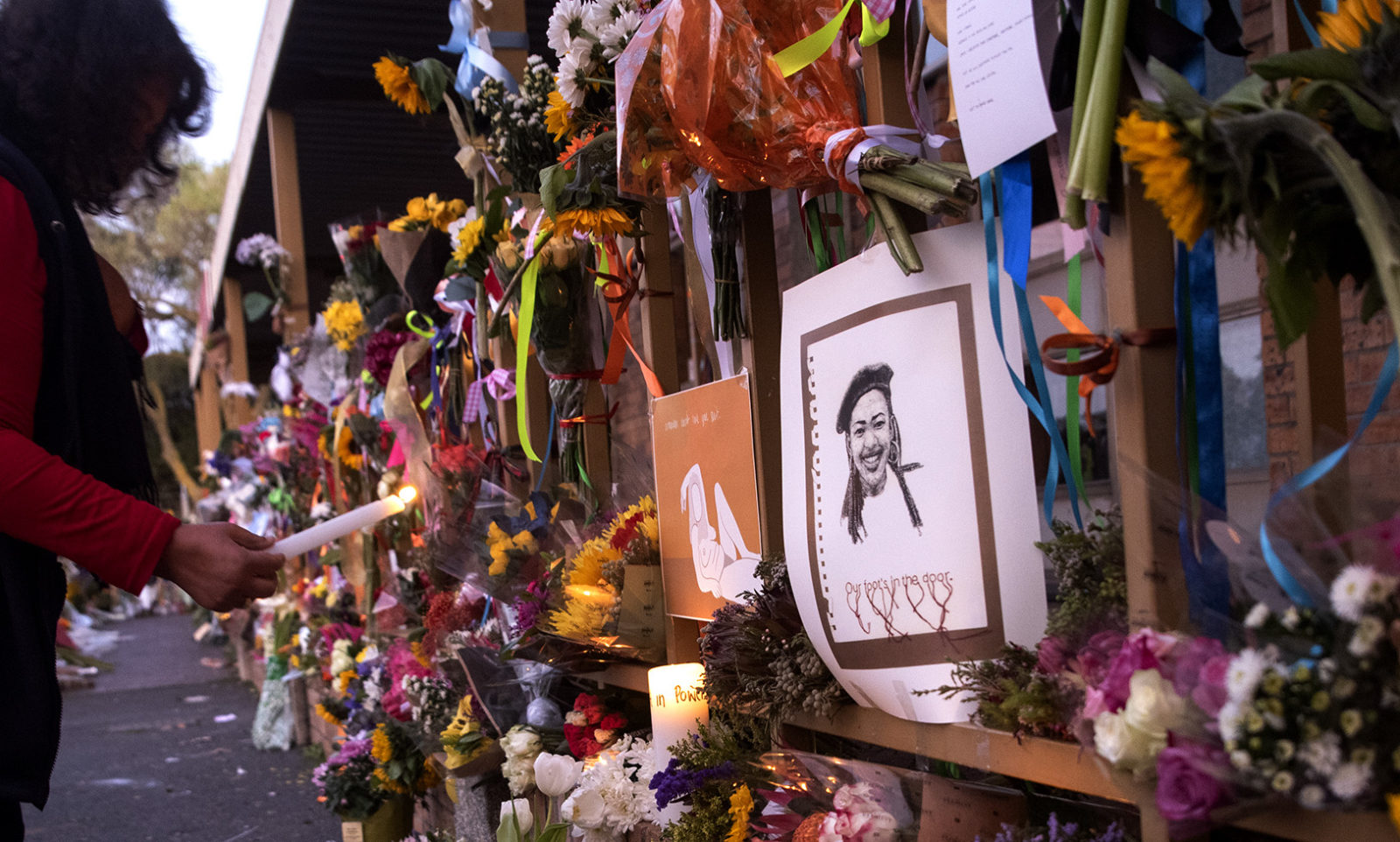 A woman lights candles at the Claremont Post Office in Cape Town where a Year ago on the 24th August 2019 (UCT) University of Cape Town student Uyinene Mrwetyana was brutally raped and murdered. (Photo: Brenton Geach)

The University of Cape Town, like institutions of higher education worldwide, are perceived to be hotbeds of sexual and gender-based violence (SGBV). Universities are a microcosm of society. Students and staff bring to campus behaviours they have learnt among their friends, neighbours and families.

This year the world has been brought to a standstill by a virus. Covid-19 has been contracted by close to one percent of South Africa’s population, according to the National Institute for Communicable Diseases. Yet the world is not standing still for sexual and gender-based violence (SGBV), which the World Bank has described as a “global pandemic” that is estimated to affect about 33% of womxn everywhere.

In September 2019, the University of Cape Town (UCT) stood still for SGBV. We were outraged by the brutal rape and murder of first-year UCT student Uyinene (Nene) Mrwetyana on 24 August 2019. South Africa’s outrage has been renewed by the equally brutal murder of University of the Witwatersrand student Asithandile Zozo on 17 August this year. As we mourn Asithandile and mark the anniversary of Nene’s death, we are again taking time to reflect on how universities can confront SGBV.

In many countries, institutions of higher education, including UCT, are perceived to be hotbeds of SGBV. There are a few reasons for this. The university is a microcosm of society. Students and staff bring to campus behaviours they have learnt among their friends, neighbours and families. Some are survivors of SGBV in their homes. Some are dealing with questions about their sexual orientation and gender identity. Some hold patriarchal views about gender which often serve as a catalyst for SGBV.

Students come to university eager to experience their freedom as young adults; for many, this is the first time they are able to express themselves and experiment sexually. While such experimentation can be fun, there is also the risk of violence, especially when alcohol or drugs are involved. Too often, young people have no role models to help them navigate these new experiences.

So one role universities can take on is to address the behaviours and attitudes that drive SGBV. By facilitating critical conversations, for instance, the university can confront harmful attitudes and introduce ways of thinking about topics like HIV, gender, sexual diversity, privilege and class, drawing on research and scholarship.

These conversations are also critical in developing support among men students. They can help to address common behaviours among their peers, such as verbal harassment, that help to perpetuate SGBV. One Man Can, the community-based primary prevention intervention developed by Sonke Gender Justice, was effectively adapted to train and equip male UCT students to help prevent SGBV in our residences.

In South Africa, research on SGBV – much of it conducted at universities – has helped to improve government policy and law enforcement practices, and to create interventions that can help to change gender perceptions and improve relationships. New approaches can increase our understanding of SGBV. Research by Professor Floretta Boonzaier, of the Department of Psychology at UCT, for instance, addresses how we think about the purpose of research in gender and sexuality, how we approach that research itself and the benefits that might be derived from it.

In a webinar on 19 August 2020, hosted by Universities South Africa’s Transformation Managers Forum and Higher Education Resource Services-South Africa, panellists from various universities agreed that inadequate resources and policies stand in the way of addressing SGBV in their institutions. Collaborative research across the sector could provide important insight into the attitudes and experiences of students and staff members.

Policies on sexual harassment, sexual offences, sexual orientation, racism and racial harassment, disability, HIV infection and AIDS are a start, as well as updates to reflect the latest best practice. Integrated approaches by universities need to focus on both survivor-centred policies and structural safety measures.

A common practice by universities is to define their areas of jurisdiction. If SGBV occurs off campus, it is referred to the local police. UCT takes the view that wherever our students are attacked, it is UCT’s problem. This means that UCT’s stats on SGBV may seem much higher than those of other universities, but we believe this expanded jurisdiction enables greater support for survivors.

One immediate action we took after Nene’s murder was to launch a sexual offences ad hoc tribunal (AHT), thus removing these cases from the university’s general disciplinary system and providing a more survivor-centred process, such as allowing for evidence to be led via a Skype audio link..

The AHT has proven to be an effective model for a more permanent specialised UCT structure to deal with sexual offences, expedite complaints and their disciplinary outcomes, and minimise the trauma experienced by complainants during the hearing. Moving towards survivor-centred disciplinary approaches is key. Universities must work together, and share strategies so that we can learn from each other as we fight this scourge as a sector.

Survivor support at university level needs to go beyond the legal disciplinary process, however. Emergency assistance needs to be available 24/7 to provide immediate trauma support and advice; referral to a forensic unit for medical care; trauma counselling; an optional forensic examination; and confidential advice and support in dealing with domestic violence, no-contact applications, court preparation and trials. At UCT we are also developing plans to create a place of safety where survivors can be accommodated overnight.

The SGBV pandemic against society will take time to eradicate. It is not something any university can do alone. Law enforcement, the courts, advocacy groups, family counsellors and health workers are critical partners. Our hope is that those who come through the university system will help to contribute to a better understanding of SGBV, provide compassion for its many survivors, and commit to bringing it to an end. DM