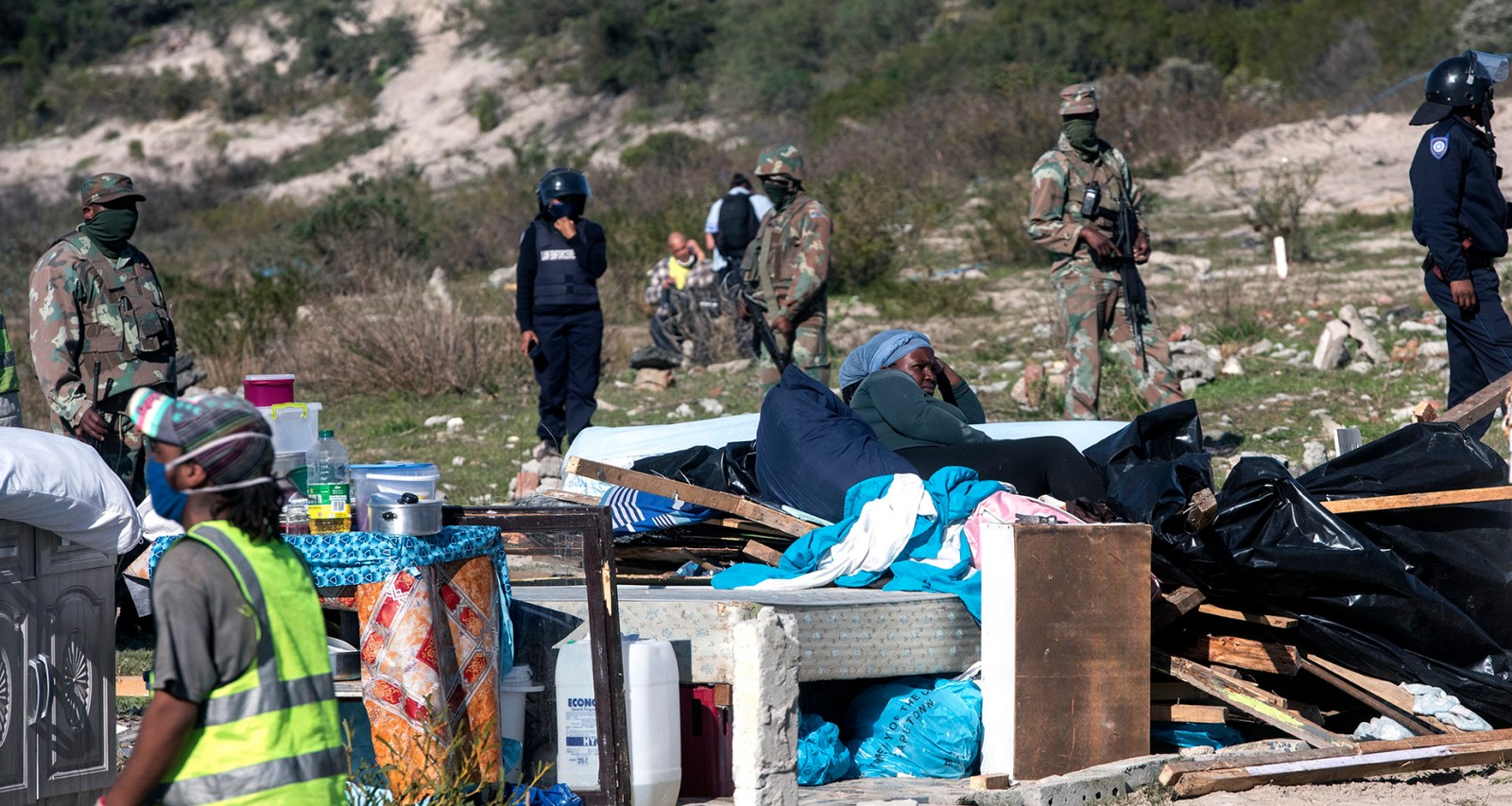 The judgment by the Western Cape High Court prohibiting the City of Cape Town from carrying out evictions and demolitions of occupied and unoccupied structures is a landmark ruling which is binding on the province and may be used as a reference by courts in other provinces.

On Tuesday, 25 August, Judge Yasmin Meer and Judge Rosheni Allie granted temporary interdicts against the City of Cape Town and the South African Police Services, prohibiting the City from conducting evictions and demolitions of occupied and unoccupied structures without judicial oversight.

Furthermore, evictions or demolitions of structures cannot take place whether occupied or unoccupied throughout the Metropole while the state of disaster remains in place, except in terms of an order of court duly obtained.

The City was also directed to ensure that its officials act with respect for the dignity of evicted people should a court grant them an eviction order. SAPS was ordered to act in accordance with its constitutional mandate, in that it should be present at an eviction because the police have a duty to protect the dignity of those evicted.

The City was further interdicted from adjudicating and awarding any bids or tenders received in response to Tender 308S/2019/20 “Demolition of illegal and informal structures in the City of Cape Town”. The present tender expires on 31 December 2020 and the court found the applicants have established a prima facie right if the tender is awarded and executed, affected occupiers will in all likelihood continue to suffer the irreparable harm of the violation of their constitutional rights.

The court accepted the arguments for compensation by Tembeka Ngcukaitobi on behalf of his clients, the EFF, and ordered the City to pay the sum of R2,000 to each person whose entitlement to compensation is agreed upon. The City was directed to return, within a week of the date of the order, all building materials and personal possessions seized by the Anti-Land Invasion Unity (ALIU) from the civic group Housing Assembly between 1 May 2020 to date.

The litigation emanates from a series of evictions and demolitions conducted by the City without an order of court, which elicited widespread protests and violent confrontations between land occupiers and City officials.

Vernon Seymour, a lawyer who has represented the Hangberg and Sir Lowry’s Pass communities in litigation in the High Court against the City, told Maverick Citizen the ruling sets a precedent that can be used in evictions or demolition matters before the court.

“I will be using this ruling in my arguments in the Sir Lowry’s Pass matter against the City. Once the interdict becomes final in part B, the ruling will become mutatis mutandis,” Seymour said.

“In the first instance, there was supposed to be constructive engagement between the City and the SAHRC. We were forced to take the step of going to court, due to no communication from the City.”

In reaching these findings, Meer and Allie referred to the shocking video of Bulelani Qolani on Friday 1 July that went viral on social media depicting a naked man being dragged out his shack in an informal settlement by City officials.

The SAHRC arguments were based on the provision of section 8(1) of the Prevention of Illegal Eviction from and Unlawful Occupation of Land (PIE) Act.

It also contended that unoccupied structures are not homes as defined in PIE and that neither PIE nor the Constitution prohibits the City from demolishing structures. It therefore does not require a court order for the demolitions of such structures, also that a structure which is in the process of being erected cannot constitute a home within the meaning of section 26(3) of the Constitution.

“I am unable to agree with the City that it does not engage in evictions from occupied structures and that the evidence put by it throws serious doubt on the applicants’ version. One needs to look no further than the undisputed image of Mr Qolani being dragged out of an occupied structure housing a bed to know that this is not so. The evidence moreover that his shack was occupied is not disputed.

The court also concluded the City had failed to point to any policy, rule or legislation that sheds light on how it determines what is occupied and unoccupied. More importantly, the court ruled that evidence pertaining to the Qolani demolition puts paid to the City’s submission that ALIU’s officials are able to discern occupied from unoccupied structures and demolish only the latter, given that his structure was clearly occupied, yet demolished.

There was also evidence that during one of the Mfuleni demolitions it was a Metro Police member who decided what was unoccupied. The judges concurred that judicial oversight sought by the applicants and intervening applicants was in the circumstances warranted.

The Legal Resource Centre (LRC) which played a pivotal role in the litigation process said the progressive judgment sought to protect the rights of homeless and landless people and uphold the rule of law.

“The City has through Mayor Dan Plato made several derogatory statements levelled at the SAHRC and the LRC for their role in these proceedings. These statements were completely untrue and intended to question the integrity of a Chapter Nine organisation and human rights defenders.

“The City went further on a public campaign to vilify Mr Qolani, publicly shaming him and placing the blame on him for their reprehensible behaviour. Judgement and interim relief thus vindicate our clients. It provides temporary reprieve for people like Mr Qolani who have been serial casualties in the City’s war against the poor,” the LRC statement read.

Plato has meanwhile instructed the City’s legal team to appeal against the high court order. He echoed that since 1 July the City’s land protection efforts have led to the removal of more than 55,000 illegal structures in about 30 different parts of the metro.

“The granting of an interdict preventing the City from conducting any counter-spoliation to protect public land without a court order goes far beyond what the Constitution and the Prevention of Illegal Eviction from and Unlawful Occupation of Land (PIE) Act allow.

“It sets a dangerous precedent for all landowners. If left unchallenged the interdict would make it almost impossible for landowners to protect their property from unlawful occupation and to prevent people from establishing homes, albeit unlawfully, on the property of others,” Plato added. DM/MC