How can South Africa fix its tender system? 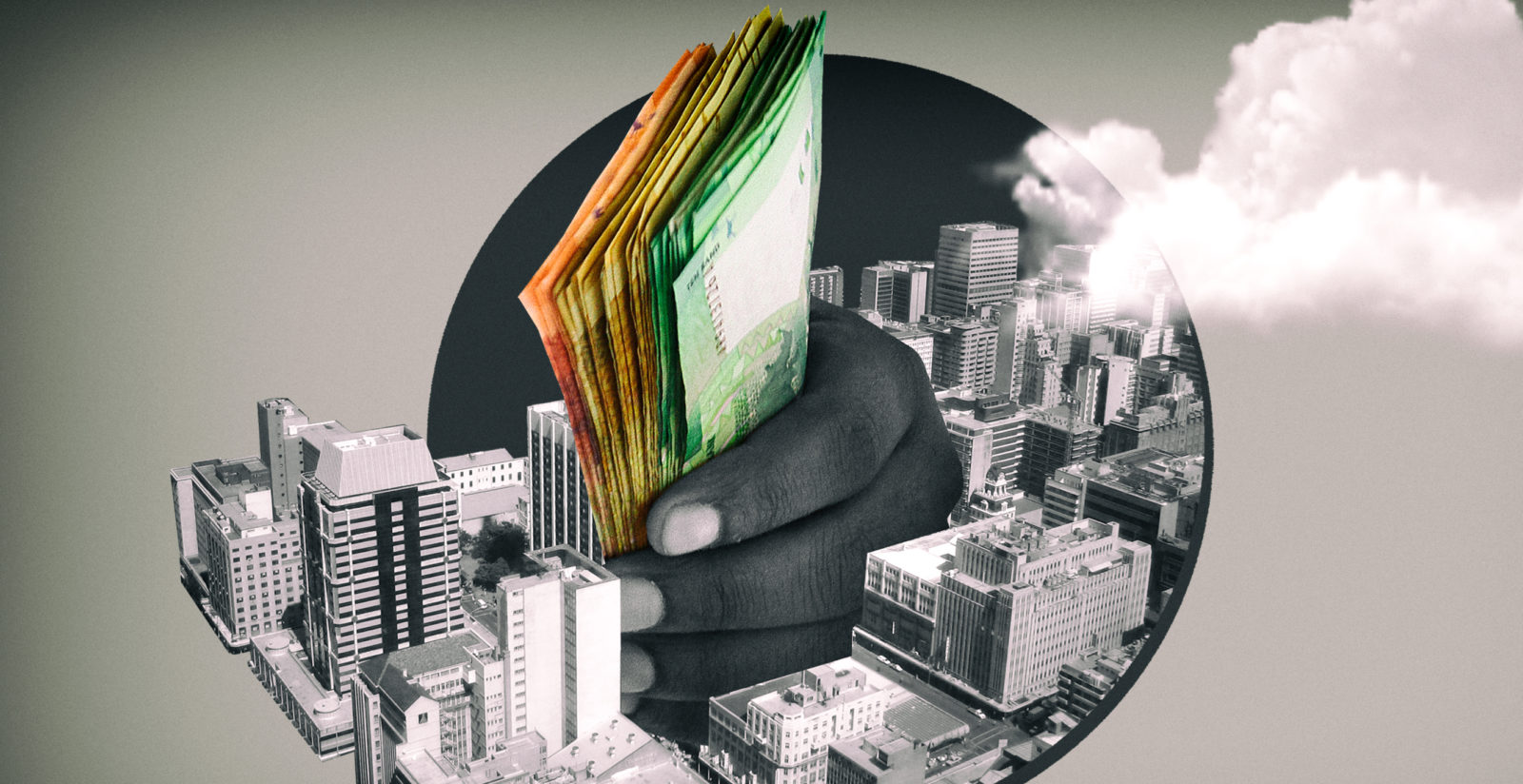 The PPE procurement scandal, which saw vital Covid-19 funds channelled to politically connected business people, has brought the vexed issue of South Africa’s tender system into the spotlight once more. What can be done to make government procurement more corruption-proof?

“The tender system should be re-looked into,” said Public Protector Busisiwe Mkhwebane this week, speaking at a webinar on corruption.

Mkhwebane was voicing an apparently widespread view in South Africa currently, brought to the fore by the news of a PPE procurement scandal which saw emergency Covid-19 funds channelled to politically connected business people.

In a weekly newsletter expressing outrage about the scandal, President Cyril Ramaphosa described this moment as “definitely a turning point in the fight against corruption”, promising that the government would act “boldly”.

But the president made no mention of possible reform of the government procurement system which is at the heart of the issue. Mkhwebane said in the same webinar address that government’s procurement spend is the site of most public sector corruption.

The Covid-19 crisis saw the Treasury drop its usual procurement rules to enable faster turnaround times, which is permissible by South African law in emergency situations, but clearly enabled widespread looting. The PPE procurement fiasco was anomalous in the sense that ordinary regulations were relaxed, but as the public has learnt from countless public protector investigations, auditor-general reports and media exposés in recent years, Treasury’s procurement regulations are deviated from with shocking regularity even in non-emergency situations.

The main issues around government procurement

Many of the problems around state procurement involve technical issues regarding decentralisation and supply chain management, but arguably the two challenges at the heart of it come down to a basic lack of transparency around the tender process, and an ideological debate over the purpose of procurement.

In South Africa, government procurement is enshrined within the Constitution as not just a means of acquiring the necessary services or goods for the state, but also as a policy tool to address inequality. This is also the case for many other countries internationally.

But as numerous governance experts have pointed out, there has been a tension from the start between the competing necessities of good-value procurement, and procurement to meet a developmental goal.

“The relationship between policy promotion and the attainment of value for money is a bone of contention,” wrote Phoebe Bolton in a paper for the Journal of Public Procurement on the issue in 2006.

Although the Constitution stipulates that the principles of “fairness, equitability, transparency, competitiveness, and cost-effectiveness” be applied to all procurement decisions, the price of a bid remains technically the most important criterion for winning government contracts.

This was affirmed by a 1999 court case, Cash Paymaster Services (Pty) Ltd v Eastern Cape Province and Others, in which the court found – to quote Bolton – that “it is unsound to award a contract to a tenderer who quotes approximately R200-million more than other tenderers and to justify this on ideological grounds”.

Procurement regulations currently stipulate that outside of exceptional circumstances, contracts valued at over R1-million should be awarded with 90% reference to price, and 10% reference to factors like BEE.

The current public protector is one of the critics of this system, arguing this week that it favours established white-owned companies because “a lot of black companies don’t have financial muscle when they quote” and are unable to undercut their white counterparts’ bids.

As a way of circumventing this, the use of “pre-qualifying criteria” in tenders has become widespread.

“Many, many local governments in particular use these prequalifying criteria to stipulate that successful tenderers need to be located in the municipality issuing the tender, or that they must be Level 1 BEE. Everyone who does not meet these criteria cannot even get to the points or price weighting stage, because they are automatically knocked out,” says the DA’s spokesperson on finance Geordin Hill-Lewis.

“Local politicians and senior officials know full well that there is not likely to be a local company providing the goods or services needed, but then that is the point — this provides the opportunity to form a local front company which will win the tender, sub-contract to another company to do the work, and take a healthy cut off the top.”

The issue of front companies is another major problem in government procurement, as AmaBhungane’s advocacy co-ordinator Cherese Thakur recently pointed out.

Thakur noted that the question of who, exactly, has won a tender is often very difficult to answer.

“Finding the answer to that question is made all the more difficult when one of the parties to a transaction – say, a bidder seeking to be awarded a lucrative government contract – is a juristic person that is just one entity in a complicated organogram involving layers of shell companies and trusts,” she writes.

“These arrangements, which are sometimes facilitated with the assistance of shrewd lawyers and consultants, are calculated to obfuscate the identities of those who profit from dodgy tenders.”

The criticism that there is insufficient transparency built into the procurement system is one that has been aired repeatedly throughout the democratic era, despite a number of Treasury initiatives in recent years designed to correct this.

Van Zyl points out that it is impossible for communities or civil society organisations to monitor procurement if it is unclear what is supposed to be delivered.

“But tender specifications are taken off government websites the minute tenders are awarded – which ironically is the moment that one wants to start monitoring delivery,” Van Zyl says.

He adds that although Treasury Circulars request all arms of government to publish tender specs and other procurement documents on the Treasury Tender Portal, “they do not comply and you will see that most of the links on the tender portal are dead”.

What reforms of the tender system could help?

President of the African Transformation Movement (ATM) party Vuyolethu Zungula suggested this week that the most effective fix to the government procurement system would be to abolish it.

Zungula argued that instead of depending on external companies, the government should focus on building its own capacity and rely on insourcing rather than outsourcing.

This idea is not new. The EFF proposed that “provincial and local government, and all state-owned companies, must abolish tenders and insource workers on a full-time basis” in Parliament in September 2019.

EFF leader Julius Malema argued that the state was unnecessarily squandering billions in outsourcing, and that the abolition of the tender system would “save money, create jobs and our economy will grow”.

Other opposition politicians pointed out, however, that the government wage bill already accounts for a third of South Africa’s total budget – prompting Finance Minister Tito Mboweni to moot in February 2020 attempting to reduce public sector salary costs by R160-billion over the next three years.

The EFF’s proposal would also not find favour with those who argue that government procurement should be one of the most effective ways of boosting entrepreneurship in the country.

The DA’s Hill-Lewis is one of many who believe that heightened transparency is key to any effective procurement reform.

“The details of contracts that government awards, the details of winning companies and their directors, should be published in real time for public inspection,” says Hill-Lewis.

“This would lead to better price competition and more scrutiny.”

The presence of independent observers on bid adjudication panels has also been proposed. Two Unisa academics suggested in 2012 that representatives of civil society could be incorporated in the procurement process.

Others argue that the expertise of civil society is better suited to monitoring the delivery on contracts. To this end, bodies like the International Budget Partnership have produced resources aimed at assisting both civil society organisations and communities in monitoring public procurement.

The reality that procurement systems are bureaucratically complex has also given rise to the suggestion that at least some of the tender deviations witnessed in the public sector are the result of genuine ignorance, lack of capability or regulatory misinterpretation.

A 2006 paper produced for Treasury by Harvard’s Steven Kelman defined one of the “essential problems” as “the inability in low-capacity municipalities to establish requirements for what is being built, and to award and administer contracts”.

For this reason, it has been suggested that more rigorous training in public procurement laws and their purpose is a must, together with compulsory ethics courses for government officials.

Hill-Lewis proposes that the “pre-qualifying criteria” often misused in requests for tender to arrive at a predetermined winning bidder “are a site of massive abuse and should probably be scrapped”.

He adds that the PPE procurement scandal has demonstrated first that the rules around emergency procurement “need to be tightened up significantly”, and second that “proper and regular lifestyle audits of all politicians and all senior civil servants are now absolutely essential”.

Another non-negotiable in Hill-Lewis’s book:

“An absolute legal prohibition on family members of politicians or civil servants doing business with the state”.

This issue is currently sufficiently murky for ANC Secretary-General Ace Magashule to be able to state with confidence that nothing exists in law to prevent relatives of politicians from winning tenders. Yet as Daily Maverick’s Marianne Merten has explained, such a prohibition does exist – it’s just spread across several laws, creating a gap “that may be exploited by those in search of loopholes, not interested in ethics and good conduct”.

This brings us to perhaps the most fundamental challenge with regard to government procurement in South Africa: that even the most positive reforms of the tender system imaginable will amount to very little if there is not a clear indication from government and the ruling party that procurement corruption will not be tolerated.

But as was demonstrated by the recent entry to the KwaZulu-Natal provincial legislature of former Durban mayor Zandile Gumede – despite the fact that Gumede has been charged with corruption involving R430-million of sanitation contracts – such a message has yet to be unambiguously broadcast. DM