Public Protector: SA corruption cannot be classified as a ‘crime against humanity’ 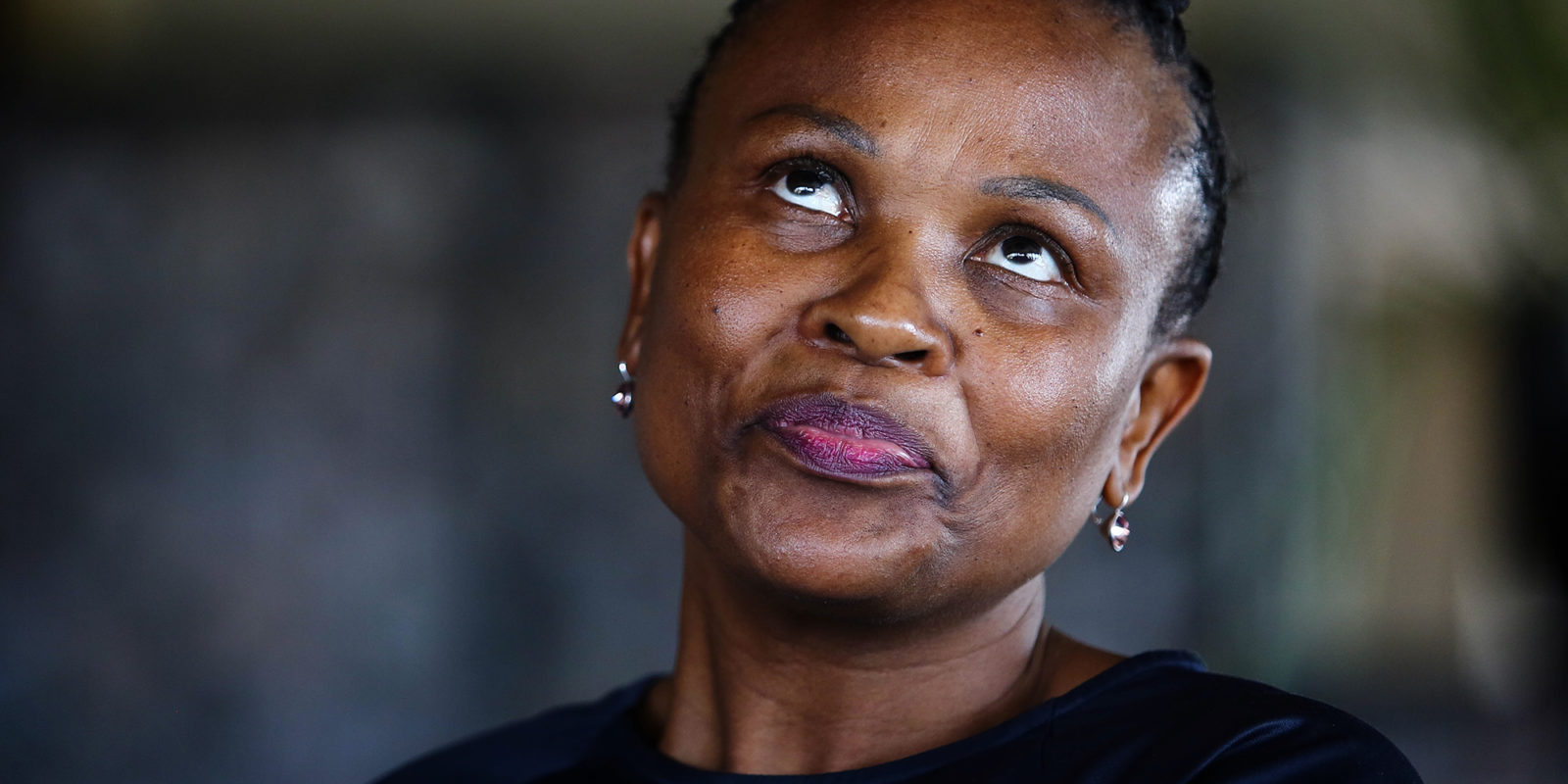 It has been said by many of late that stealing public resources during a health emergency amounts to a crime against humanity. But Public Protector Busisiwe Mkhwebane says this is technically not the case in South Africa. Mkhwebane also believes that the label ‘corruption’ is used too loosely, particularly by the media.

Should corruption be classified as a crime against humanity? Not in South Africa, Public Protector Busisiwe Mkhwebane said on Monday, arguing that even the recent PPE procurement scandal fails to meet the criteria laid down by the Rome Statute for such an offence.

The treaty that established the International Criminal Court in 1998, to which South Africa is a signatory, states that a crime against humanity involves acts committed against a civilian population “in furtherance of a state or organisational policy”.

Said Mkhwebane: “For corruption to be a crime against humanity, that crime should be a policy of that particular state. At policy level, [the South African] government recognises that corruption undermines good governance.”

She said that for this reason corruption could not be compared to a crime against humanity like apartheid, which was the policy of the National Party government.

Mkhwebane argued that it would be a different story if one could prove that the government was deliberately underfunding bodies like the public protector’s office or law enforcement agencies in order to “sabotage” attempts to investigate and prosecute corruption.

The public protector was speaking at a webinar devoted to the topic organised by the United Nations Association of South Africa (Unasa).

The notion that corruption around Covid-19 in particular should be viewed as a crime against humanity has recently been aired by, among others, the World Health Organisation, Parliament’s Scopa chairperson Mkhuleko Hlengwa, and a Daily Maverick editorial.

Mkhwebane chose to interpret the question in a technical legalistic sense, rather than on a moral level as others have intended. Yet even the legal question is now being taken seriously by scholars – as Max du Plessis  recently pointed out – who have arrived at different interpretations of the Rome Statute than Mkhwebane.

“This is not to suggest that corruption is taken lightly,” said the public protector, describing the current allegations of PPE procurement fraud as “grievous” and “heartless”.

She also used her address to hit out at the media for prematurely labelling individuals as “corrupt” without sufficient evidence, and suggested that the term “corruption” was overused in contexts where it was not appropriate.

“We often refer wrongly to irregular, fruitless or wasteful expenditure or maladministration in the public sector as corruption,” Mkhwebane said.

“Unfortunately, in South Africa when you talk about corruption, most of the time it will be focusing on black people, public servants.”

She suggested the label should be restricted to the definition contained in the Preventing and Combating of Corrupt Activities Act: the influencing of another person to make a corrupt decision for gratification.

Throughout her address, Mkhwebane repeatedly made reference to the private sector as the locus of ignored corruption.

She cited former Absa CEO Maria Ramos – whom she accused of having “openly agreed [she] was part of rand-fixing” – as an example of an unethical private sector player.

“When you have a person like that who’s appointed to serve on the board of the PIC [Public Investment Corporation], which deals with trillions and trillions [in] public service pensions, are we taking issues of corruption and ethical leadership seriously?”

Mkhwebane tangled with Ramos – and lost – in the legal saga over the public protector’s overturned report on the bailout of apartheid bank Bankorp, subsequently bought by Absa. The Constitutional Court described Mkhwebane’s conduct in the matter as dishonest and “grossly unreasonable”.

Bad faith, dishonest, biased, reprehensible behaviour, not up to standard, falsehoods — the storm that broke over Mkhwebane

In the public sector, Mkhwebane suggested that corruption was “generally committed” around the government’s procurement spend, of which she claimed “80 to 90%” goes to “white companies”. The source of this figure is unclear.

The public protector also urged young people to “check Treasury spend on procurement”, as “that money is not even assisting to empower our people” but is “going to the same people who benefited under apartheid”.

She was referring to the stipulation of the Preferential Procurement Policy Framework Act that tenders over a certain threshold should be awarded with 10% reference to BBBEE considerations and 90% reference to price.

“A lot of black companies don’t have financial muscle when they quote. Sometimes they quote prices which wouldn’t compete with their white counterparts,” Mkhwebane said.

At one point the public protector appeared to question whether it was helpful that the Constitution enshrines the assumption of innocence until guilt is proven, saying: “It’s so unfortunate that is how our Constitution is drafted… Is our Constitution helping us to uproot and deal with issues or crime and corruption?”

Yet, shortly after, Mkhwebane also railed against the proceedings of the Zondo Commission of Inquiry into State Capture, suggesting that it was unacceptable that witnesses be allowed to allege wrongdoing at the inquiry without producing evidence to that effect.

“You shouldn’t go to Zondo and say someone is corrupt, then you as the media run with that story without factual evidence,” she complained.

The public protector said it was the duty of young people in South Africa to “do your own research” and “make sure you don’t take [media] stories at face value”.

Mkhwebane concluded that one of the keys to combating corruption in the country is to make sure it is led by ethical individuals who respect the Constitution.

“You cannot continue having people in leadership positions when there are findings against them by institutions like the public protector,” she said. DM