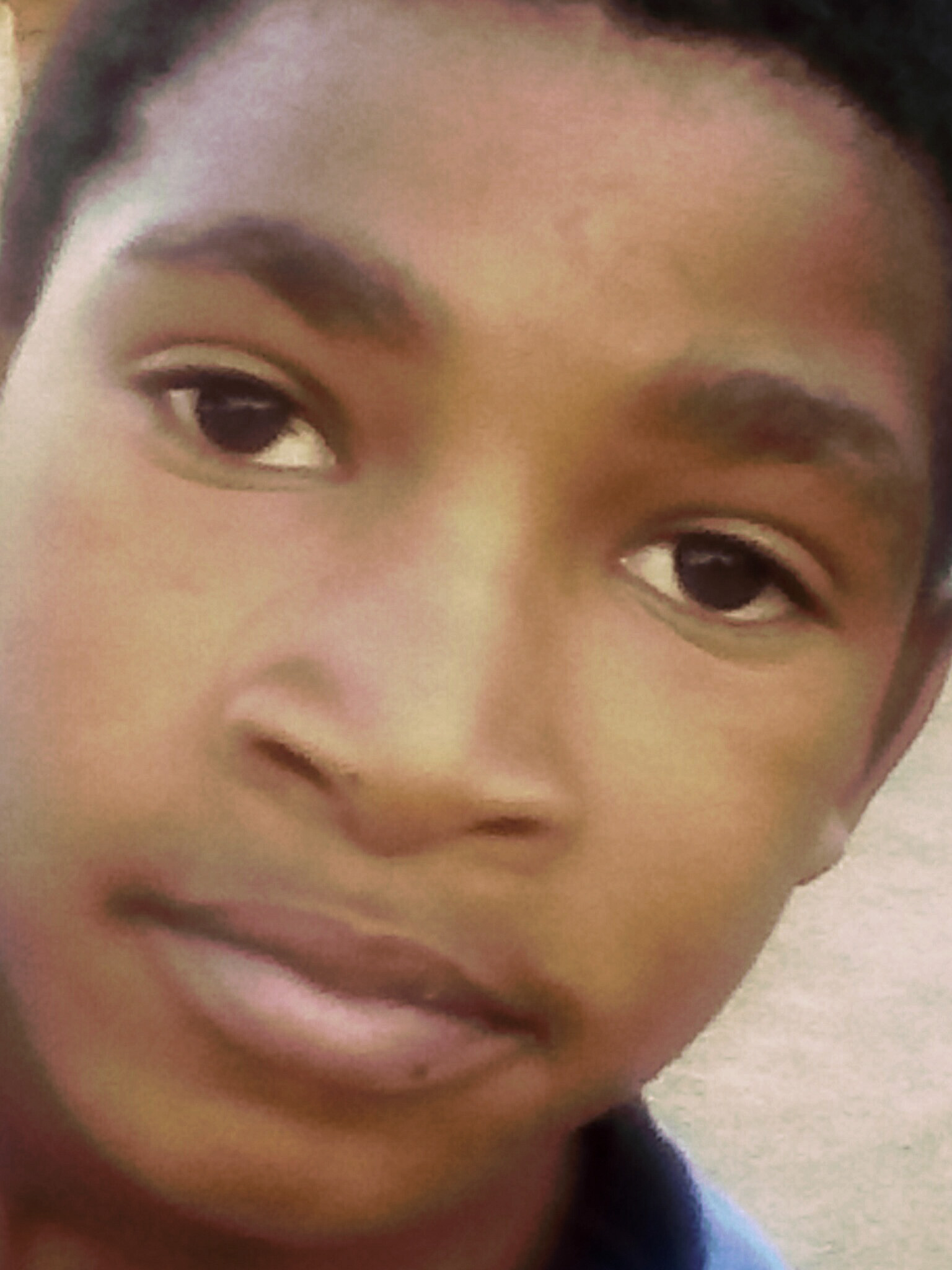 A 7.5g rubber bullet was removed from Leo’s brain during an autopsy in Cape Town.

A rubber bullet removed from the brain of nine-year-old Laingville, St Helena Bay boy Leo Williams will indicate the type of weapon used on Friday 31 July during violent protest action. The boy and his friends had played and were watching TV in his uncle’s corrugated iron structure. Leo sustained a head wound. The structure was riddled with eight holes.

The shocking information was conveyed to his legal guardian, aunty Cathy Thomas, on Thursday 20 August shortly after the bullet that had been lodged in his head was removed by the pathologist at Salt River mortuary, Cape Town.

Leo died on Monday 17 August after doctors switched off life support. From the outset, residents said police were responsible for the head wound Leo sustained, but police management has denied this.

Aunty Cathy, still grieving and battling to deal with the premature death of Leo said:

“All I want is justice and I leave it in the hands of the Independent Police (Investigative) Directorate (Ipid) to complete its investigation.”

Ipid representatives were on hand when the bullet was removed and visited Laingville to download a video clip showing four police officers standing directly opposite the shack Leo was in, firing several shots at the structure.

On Saturday 22 August, community leader Thyrone Williams, with the blessing of aunty Cathy, held a meeting in Laingville where he informed the community of the progress of Ipid’s investigation as well the series of memorial services planned for the week. He told them the family felt it was important the entire community was kept abreast of the state of affairs.

“On Thursday the bullet lodged in Leo’s brain was removed. On Friday Ipid experts were by me to download the video clip showing four policemen firing several rounds into the corrugated structure.

“Those who are still saying it is highly unlikely that the police didn’t shoot Leo, must reconsider the statements that they have made. If this wasn’t the case, then Ipid experts wouldn’t have come all the way to Laingville to download the video clip from my phone. We believe that justice will prevail,” Williams said.

Ipid is expected to report back on Wednesday 2 September on the action to be taken, Williams said. He has given Ipid seven days to make sure that at least one or two people are apprehended in connection with the death of Leo.

A sobbing aunty Cathy struggled to find words when she addressed the crowd. She conveyed her gratitude to the community for their messages of condolence and tremendous support since the day Leo was wounded.

“It wasn’t nice to sit nine days and nights at the bedside of Leo watching him not making even one move or twitch his fingers. People, we don’t tell each other every day how much we love one another. But while Leo was lying motionless in Red Cross Hospital I could not say enough, mommy loves him.

“I asked him just to open one of his eyes, but he wasn’t able to do that. On Saturday I will deliver his tribute even if my tears run to the ground,” she said.

Residents said one good thing that came out of Leo’s death was that it united the community. Williams said the piece of land the Saldanha Bay municipality had earmarked for housing in Laingville will be named Leo Village.

“Ipid is still investigating this matter. Ipid would appeal to please allow the investigation process to unfold. At an appropriate stage, information will definitely be shared.”

On Monday 24 August, another child was killed in mysterious circumstances. A shooting incident claimed the life of an eight-year-old boy in the Range, Epping Forest. A 12-year-old girl was also wounded and rushed to a nearby hospital.

At the time of the shooting, the Range residents were protesting and had used burning tyres to barricade roads.

Police spokesperson FC van Wyk said reports indicate that at around 12pm Law Enforcement Officers were inspecting houses authorised by the Department of Housing for re-evaluation in the Range when shots were fired from the crowd at law enforcement officers.

Van Wyk said: “An eight-year-old boy was fatally wounded and a 12-year-old girl was injured and transported to a nearby medical facility for medical treatment. A murder and attempted murder case were registered for investigation.”

The police have asked anyone with information about the shooting to contact investigating officer Detective Warrant Officer Carmen Prins on 060 582 8496 or Crime Stop on 08600 10111. DM