Department of Basic Education should take advantage of a supervisory court order to get children fed, now 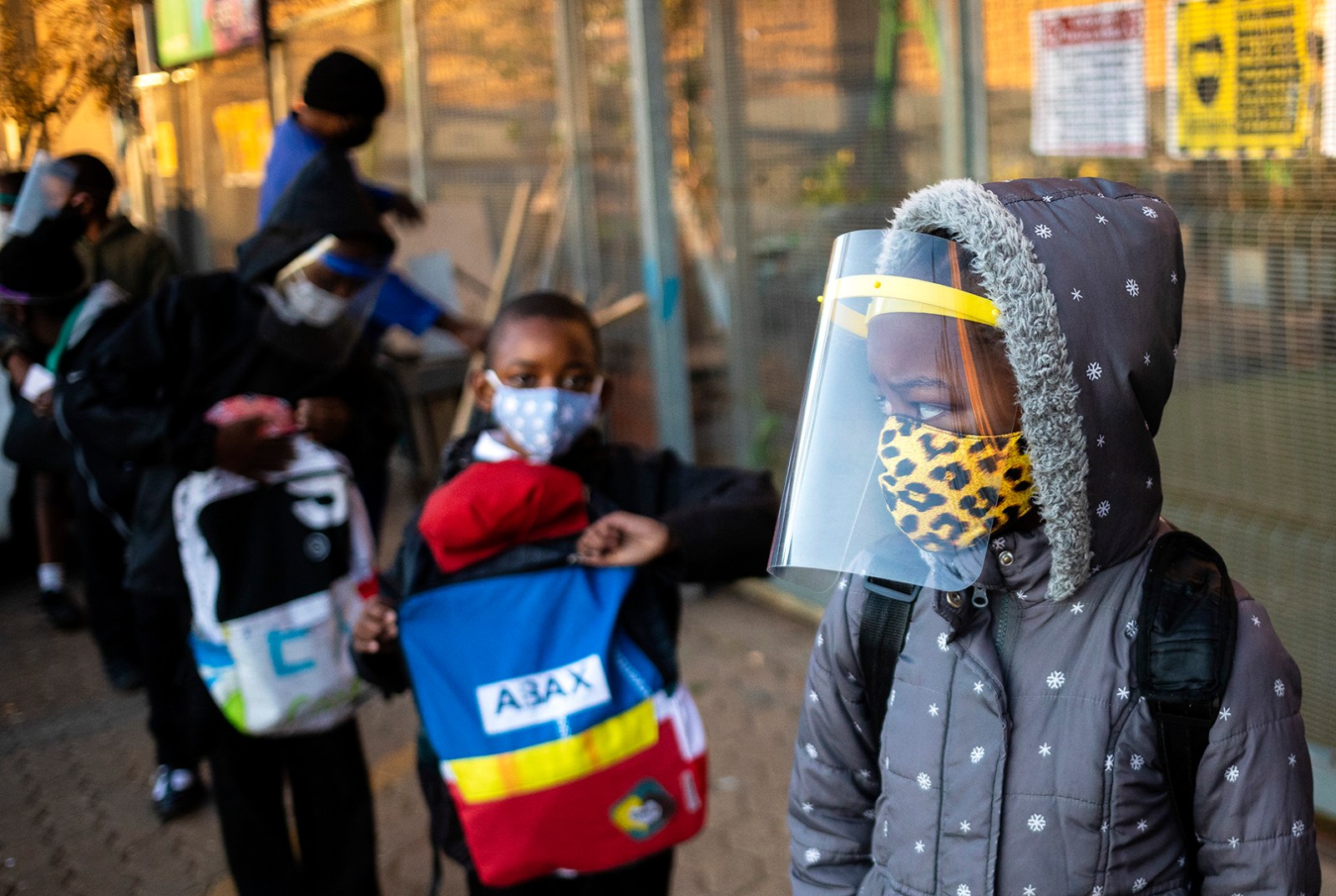 The Department of Basic Education must urgently meet its obligation to the many children who rely on the school meal that they have been receiving daily by sustaining the National School Nutrition Programme, says the writer. (Photo: EPA-EFE / Kim Ludbrook)

Despite a supervisory court order that compels the Department of Basic Education to resume its school nutrition programme during the Covid-19 lockdown, the low uptake of food availability by food-insecure learners is hugely concerning and points to transport and communication problems that must be addressed. The department would greatly benefit from the collaboration and co-operation with civil society that is the purpose of the court order.

The National School Nutrition Programme (NSNP) has been running since the beginning of South Africa’s democracy and now feeds more than nine million learners nutritious meals every day. The programme has been hailed as a successful poverty alleviation measure that contributes to learner concentration, school attendance and outcomes, and to meeting the basic nutritional needs of learners.

In the case, the court referred to affidavits showing the impact of the suspension of the programme on learners, saying that they “make it clear that hunger is not a problem, hunger is an obscenity”. Published a few days before the judgment, the NIDS-CRAM survey revealed the extent of child hunger across the country, finding that one in seven respondents reported that a child in their household went hungry in the last week.

Reinstating the programme is in the clear interests of learners and in realisation of their rights to basic education, basic nutrition, dignity and equality.

So how can the NSNP be sustained now, at a time of disrupted schooling and given the health risks that come with gathering for the preparation and distribution of food in schools?

The court ordered the development and sharing of plans and programmes and reporting on implementation of such plans and programmes by each MEC and by the minister. The reports are due every 15 days from the order of the court, with the next report falling due at the end of this week, being 28 August.

It is unusual for a court to require, after the judgment, the provision of plans and reports (called a supervisory order), but it does so in cases of egregious rights violation and where it views such supervision as being necessary to ensure implementation of the order. Such an order enables oversight of the implementation of the court order by the court and provides an opportunity for an ongoing to-and-fro, solution-orientated dialogue between the parties in the best interests of the learners.

This court-ordered process, if utilised to its full potential, can facilitate a meaningful engagement between the parties wherein solutions are negotiated to remedy the issues impeding effective implementation.

The order requires planning and constant assessment and reassessment, transparency and co-operation. It is by complying with both the words and the spirit of this order that the NSNP can be sustained and strengthened in this time.

Where are we now?

The plans of the minister and MECs have been submitted to the court and the applicants. As representatives of the applicants, we wrote to Minister of Basic Education Angie Motshekga and all the MECs after the plans were filed, commenting on the plans, requesting more information where needed, and asking for details – particularly in relation to communication and transport plans, which were lacking. We relayed information that we had gathered from monitoring efforts about where problems remained in each province, because it was clear from these that caregivers and learners were not always aware that food was again being provided. For learners living a distance from school, the absence of transport presented a barrier to them being able to access the NSNP.

We therefore provided this feedback in the spirit of engaging in the kind of to-and-fro that a supervisory order envisages. We are trying to highlight issues to assist the departments to improve delivery in the interests of learners. Engagement between all the parties in the spirit of a supervisory order has the potential to promote good governance rather than undermine it.  This is because parties can put their proverbial heads together and jointly identify areas of system failure and similarly find solutions for overcoming systems failure. In this case, this requires ensuring proper communication of the details of the NSNP during school closures and the provision of scholar transport to attend school for daily meals or collect food parcels.

On 7 August, the minister submitted the first report, with some information about each province and a confirmatory affidavit from each province. There were some improvements, but still a lot of information was lacking, including information requested in our letters reflecting on the plans.

There is reportedly low uptake of the NSNP in most provinces, as low as 3.7% in the Free State and 7% in Gauteng. This is of huge concern. We know that children are going hungry and yet food is reportedly available for them.

So, how should the department resolve this issue?

First, communication. Many provinces have provided no evidence of, or even reference to, proper communication plans that will let learners and parents know that food is available, whether in the form of daily meals or weekly food parcels, and when and how it can be collected. Communication needs to include information about transport availability and, importantly, the safety measures that have been taken so that parents and caregivers can be reassured that learners are safe when collecting food.

Second, transport. Many provinces are not clear about whether transport will be provided to schools for the purpose of meal or hamper collection. Many learners rely on school transport to get to school. If a bus isn’t provided, there is simply no way they can collect food. If they are not told that a bus is provided, they similarly lose out on a school meal.

Fourth, proper data collection. There needs to be a common approach for collecting and reporting data regarding meal uptake by learners. It is only by implementing this that the national department can be sure that it is complying with its obligations, and by properly collecting data that provinces can be sure that they are complying with their obligations and that learners are receiving food.

Finally, transparency and proper reporting. The supervisory order requires such reporting, but beyond not reporting being a breach of the order, in response to which we can return to court, it also constitutes a missed opportunity for benefiting from the input of the applicants, who also monitor delivery.

The NSNP is not a new programme. It is one that the department has been implementing, largely very successfully, for the past 25 years. It is a programme for which there is dedicated funding. It is a programme that benefits more than nine million learners, of which the department is rightfully proud. We must ensure that it reaches its targeted beneficiaries – in this moment of crisis – when it is needed more than ever.

The department benefits, although it is not always seen this way, from an active civil society, dedicated to ensuring the realisation of the rights of learners, members of which are monitoring implementation of the programme in terms of a supervisory court order. This is not a hindrance but an opportunity: for collaboration and co-operation and for ensuring good governance.

The department has what it needs. It must urgently take up this opportunity and meet its obligation to the many children who rely on the school meal that they have been receiving daily by sustaining the NSNP, particularly at a time when it is so clearly needed. DM/MC

Sasha Stevenson is the head of the health rights programme at SECTION27.