For many SA businesses, the grass on the other side of the global fence turned out to be dead 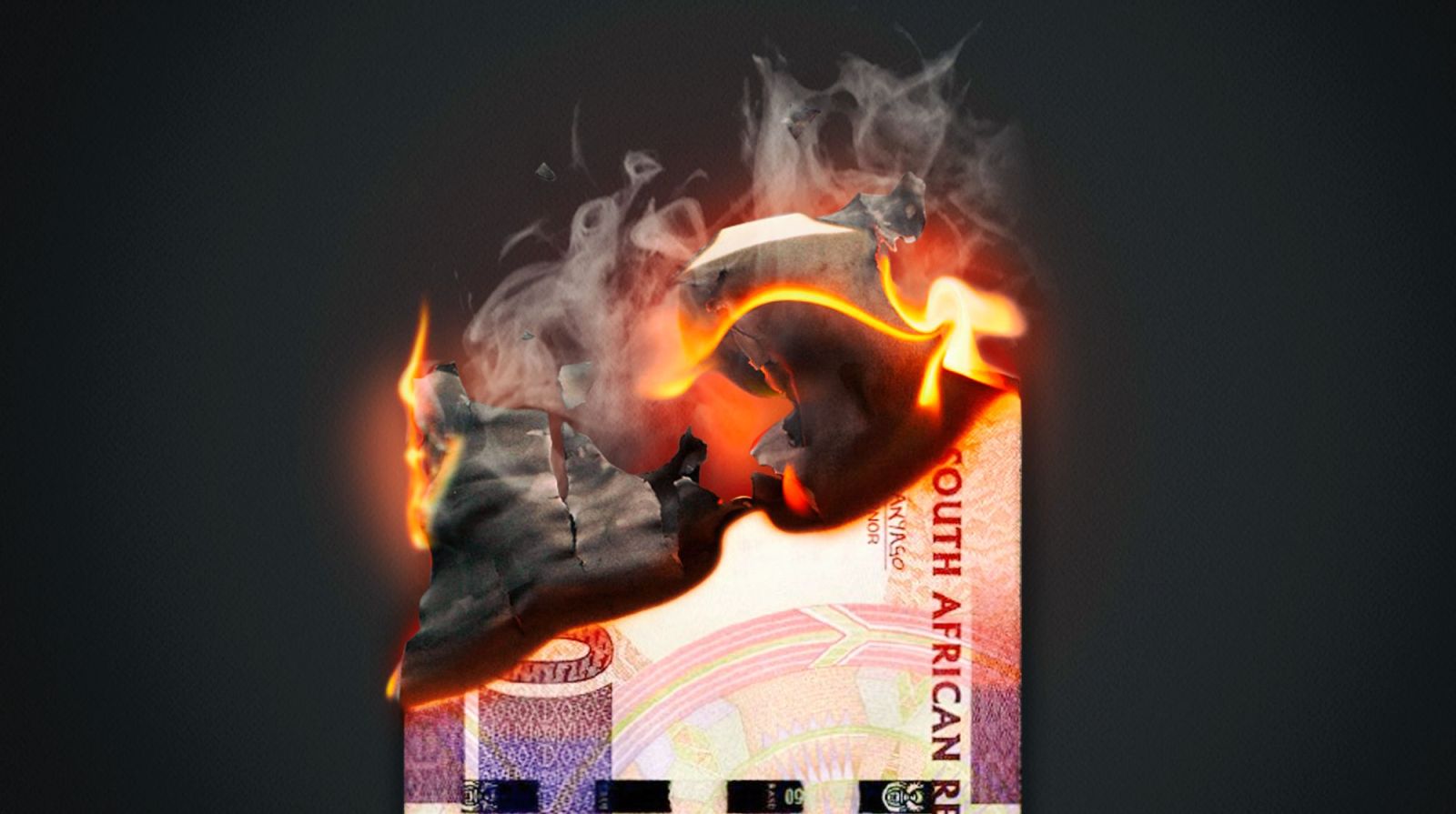 Hein Kruger, CEO and CIO at Kruger International Fund Managers, says many SA companies made the mistake of thinking they could compete on foreign soil by buying assets that nobody else wanted. (Image: Adobe Stock)

JSE-listed companies are already facing tough times back home with a struggling economy and Covid-19 lockdown measures taking their toll. But corporate South Africa’s global risk diversification strategies have also had poor and often disastrous outcomes. So the question now on every investor’s lips is, ‘where to from here?’

It is impossible to quantify the exact rand value, but Anchor Capital estimates that SA business has destroyed more than R300-billion of value over the past decade through their offshore forays, with the biggest culprits being Sasol, Woolworths and Brait – and that is without even taking into account the R250-billion lost to shareholders in the Steinhoff shenanigans.

To put those losses into context for individual investors, Hein Kruger, CEO and CIO at Kruger International Fund Managers, says if investors simply bought index funds with similar offshore exposure at those prices 10 years ago, the R300-billion would have been worth R1.2-trillion today. That’s by including the 56% devaluation of the rand over the past decade, and the returns of markets abroad, in the calculation, he says.

On the other hand, it’s hard to blame local companies for looking for growth opportunities elsewhere.

“SA has been stuck in a low-growth rut for many years, and the years under Jacob Zuma’s presidency saw domestic corporates lose faith in the country… low demand growth did not justify new investment in capacity,” writes Peter Armitage, CEO at Anchor Capital, in an investment note.

Together with what was considered the low cost of financing available offshore, many local companies shifted their strategies to offshore diversification and growth.

Whether SA companies bought global businesses or started them from  scratch, Anchor Capital has identified what they believe to be the major reasons for these failed foreign forays:

Kruger says many companies made the mistake of thinking they could compete on foreign soil by buying assets that nobody else wanted, or on the assumption that the markets were similar to those they knew back home.

He says it comes down to choosing the right battles and knowing the battleground from top to bottom. But he says it’s become an entirely different ball game.

Kruger says the companies with failed endeavours need to cut their losses and decide where their focus lies.

“We are in unprecedented times, whether in South Africa or elsewhere, and management needs to be in a position of strength to be able to embrace the few opportunities available to them, and also be equipped to recognise the pitfalls of the markets they operate in.”

One of the companies that has had a difficult journey in overseas investment endeavours is Sasol, who spent $13-billion on its US Lake Charles Chemicals Project, after an initial budget of roughly half that amount. This disaster has seen Sasol’s share price plummet, and it is now desperately trying to sell off assets as its balance sheet has become unsustainable.

Anchor estimates that the Sasol share price would be over R400/share today if it had never entered the US. Instead, the company’s share price is currently trading at around R135.

Another foreign failure was Woolworths’ investment of R20-billion in Australian clothing retailer David Jones. At the time, the business had not grown for years. The retail foray Down Under has been a disaster and David Jones could face further debt problems. This, while the local food business has performed exceptionally. Woolworths’ share price has plummeted from over R100/share to the current R35/share.

Brait has been among the worst performers from a percentage-loss scenario. The acquisition of New Look in the UK turned out to be a failure and Brait’s share price has declined from over R160/share to around R3 currently.

There is also Famous Brands, which was one of SA’s top business models before it placed a huge bet on Gourmet Burger Kitchen in the UK. It spent over R2-billion on the acquisition and it was worthless just over a year later, after spiralling into massive losses. Famous Brands peaked at over R160/share and is now trading at less than R40/share.

Rebosis Property Fund invested over R1-billion in New Frontier Property, a UK small business. A few years later it sold its 49.4% stake for R700 (!) and this has contributed to Rebosis’ debt-driven downward spiral.

Part of the late billionaire Donald Gordon’s offshore property empire might not see out the year, if Intu fails – again – to get its hands on some desperately needed cash.

It’s a staggering decline for the once-mighty Liberty International, which listed in 1999 as the offshore property arm of the powerful Liberty group. It was split, in 2010, into Capital & Counties and Capital Shopping Centres Group, which was later renamed Intu Properties.

Jean Pierre Verster, CEO of Protea Capital Management, says most of these UK investments were rocked by the aftermath of both Brexit and Covid-19, not to mention a significant change in consumer preferences.

“Consumers are increasingly buying clothes and food online and opting for healthier nutritional options,” he says.

Brait recently announced its plans to participate in a recapitalisation of New Look as the UK women’s fashion chain gets back on its feet. First, though, it plans to enter a company voluntary arrangement (CVA) so it can negotiate more favourable leases and lower rentals for its stores.

Although the retailer reported strong online sales as it focuses on its e-commerce channels, revenue still took a hit after it closed all its stores in the UK and Ireland from mid-March as the Covid-19 pandemic escalated.

To be fair, there have also been great success stories, the biggest being Naspers’ investment in China’s Tencent. The value creation here has been over R1-trillion, but SA investors are fortunate that this has overshadowed the collective losses from all of the other SA businesses. Other success stories include MTN, Sibanye Stillwater, Mondi, Spar, NepiRockcastle, Bidvest/Bidcorp and Super Group.

To help preserve cash, it suspended rental payments, reduced marketing costs and negotiated holidays, deferrals and discounts on payments to some strategic suppliers and counterparties. All big capital expenditure projects were delayed, recruitment was halted and executive pay was reduced.

Famous Brands says customers are returning to its Gourmet Burger Kitchen (GBK) restaurants in the UK as lockdown restrictions continue to ease. The restaurant group says GBK also managed to meet July’s target of generating 49% of the revenue earned in the same month last year, despite limited service and trading restrictions.

Earlier this year, Famous Brands cut funding to GBK as it continued to gobble up cash due to the weak consumer environment in the UK. All GBK’s restaurants in the UK and Ireland were closed during the initial stages of the lockdown, with 37 of the 62 UK stores now open and offering full service. Of the five stores in Ireland, one is open for full service and the other four remain closed.

The list of value destruction culprits in the UK goes on and includes Old Mutual, Truworths and The Foschini Group, who all battled with their respective UK acquisitions, with billions of rand in value being destroyed.

Sub-Saharan Africa has also not been kind to local businesses, including Tiger Brands, Altron, Nampak and Shoprite, who have entered and left with their respective tails between their legs.

So, that is part of the sad story of SA disappointments offshore, and there have been far more instances not documented above.

To be fair, there have also been great success stories, the biggest being Naspers’ investment in China’s Tencent. The value creation here has been over R1-trillion, but SA investors are fortunate that this has overshadowed the collective losses from all of the other SA businesses. Other success stories include MTN, Sibanye Stillwater, Mondi, Spar, NepiRockcastle, Bidvest/Bidcorp and Super Group.

“There are great lessons to be learnt, and many of the businesses above still have great SA franchises and cash-generative models,” says Armitage.

“We are hopeful that SA can improve its attractiveness as an investment destination so that domestic companies can confidently deploy their capital locally at rates of return in line with traditional returns.

“Even lower returns, that still beat the cost of capital, must surely in many instances be more attractive than the clearly massive risks in deploying capital offshore.” DM/BM