Intu Properties: From R100bn to zero

Intu Properties: From R100bn to zero 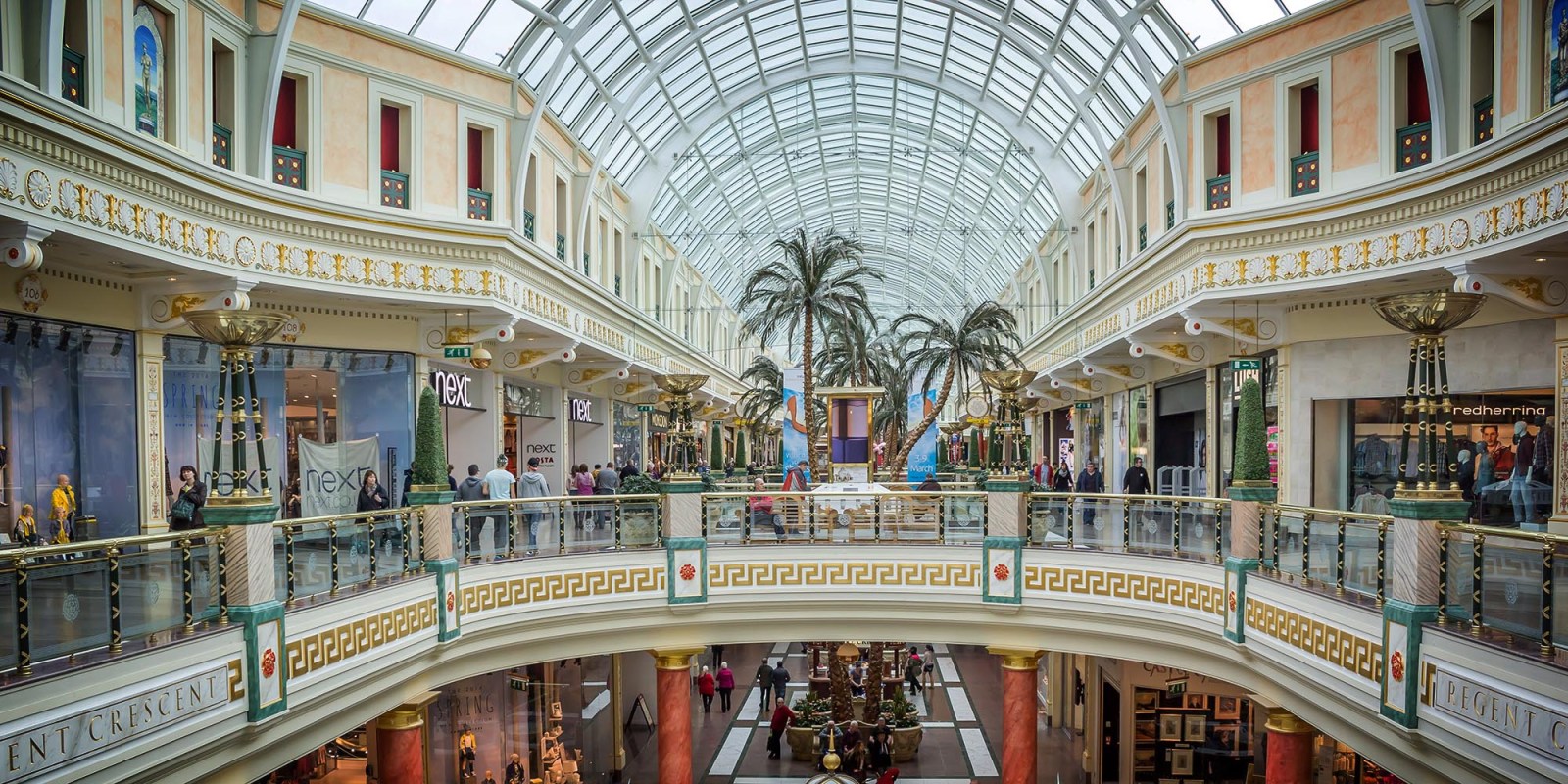 The lockdown prompted by the coronavirus has accelerated the demise of a once-proud property empire.

Intu, the UK’s largest owner, developer and manager of shopping centres and listed on both the London and Johannesburg stock exchanges, has gone into administration, or business rescue.

The trade in its shares was suspended on Friday 26 June after falling 72% to 29c. This is a far cry from the heady days in October 2015 when the share traded at R194, valuing the company at about R100-billion.

KPMG has been appointed as the administrator.

In addition, the group’s listed debt securities are not affected and continue to trade.

Intu was founded in 1980 by the late Donny Gordon, one of South Africa’s most successful entrepreneurs, and had been in difficulty for several years.

Political uncertainty in the UK, weak consumer confidence and structural shifts in the retail property market made trading conditions tough.

Retailers, struggling to remain relevant in the face of expanding e-commerce sales, have been trimming floor space and closing underperforming stores for years.

More recently, retailers like Debenhams, Toys R Us, House of Fraser, New Look and HMV have negotiated with landlords to reduce rent (or have themselves gone into administration). (Graph1)

This situation worsened under the lockdown. 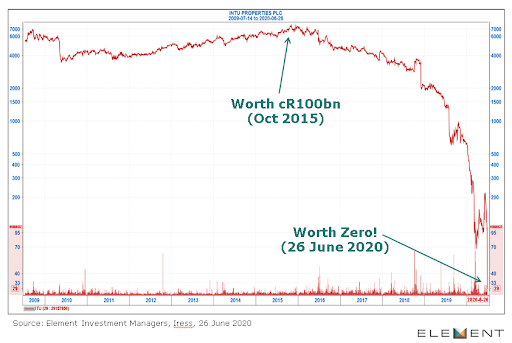 Intu had problems of its own making too.

It chose to focus entirely on shopping centres and continued buying malls, despite signs that shopping habits were changing. So, while it owns nine of the UK’s top 20 centres, it also has a string of underperforming assets.

Debt of about £4.6-billion accumulated. According to the latest annual report, published in March, debts were worth 68% of the company’s assets, a jump from 53% a year earlier.

In addition, Intu’s complicated corporate structure meant the company was unable to react quickly to change.

In April 2019 a new CEO, Matthew Roberts, was appointed and together with a new executive committee, they developed a five-year turnaround plan for the group.

This included disposing of assets (almost £600-million of sales have taken place to date), reducing the capital expenditure pipeline by £60-million and cutting annual costs by £5-million.

Dividend payments had already been suspended.

The firm planned to embrace a more collaborative way of working with its customers and to transform its centres into destinations where people would want to both shop and relax.

However, time was running out for Intu. Declining retail performances affected its revenue, net rental income and property valuations, with like-for-like net rental income down 9.1% in the year to December 2019.

The property revaluation deficit was £1.9-billion, which translated into a similar loss for the year.

“This results in our debt-to-assets ratio increasing to 65% (adjusted for the Spanish disposals), highlighting the importance of fixing the balance sheet in our strategy,” wrote Roberts in the annual report.

He warned that this created a material uncertainty in relation to the group’s ability to continue as a going concern.

In May 2020 Intu warned that it was trying to negotiate debt standstill agreements with its lenders following a collapse in rent payments from retailers.

But by the deadline on Friday it had not reached an agreement, forcing the company to apply for administration.

“Had Donny Gordon been around he would have been mortified,” says Terence Craig, CIO at Element Investment Managers.

“It’s another example of a firm racking up excessive debt in pursuit of top-line growth and proves once again that no company is too big to fail.”

Gordon, who founded Liberty Life in 1957, drove Liberty’s development of Sandton City, one of the most successful shopping centres globally.

His success in SA led to him starting the UK-based Liberty International in 1980, which was funded out of Liberty Life, recalls Craig.

The company invested in regional shopping centres and built up a portfolio of London properties.

In May 2010, Liberty International was split into two, supposedly to unlock value for investors because property companies had been hit hard in the 2008 Global Financial Crisis.

Capital Shopping Centres Group owns the UK regional shopping centres and was the larger of the two companies at the time with a valuation of about £4.4-billion.

Capital & Counties owns the London properties (Covent Garden, Earls Court & Olympia) and was the smaller of the two with a valuation of £1.7-billion. It’s hanging in there, but is also under pressure with a market cap now of £1.2-billion.