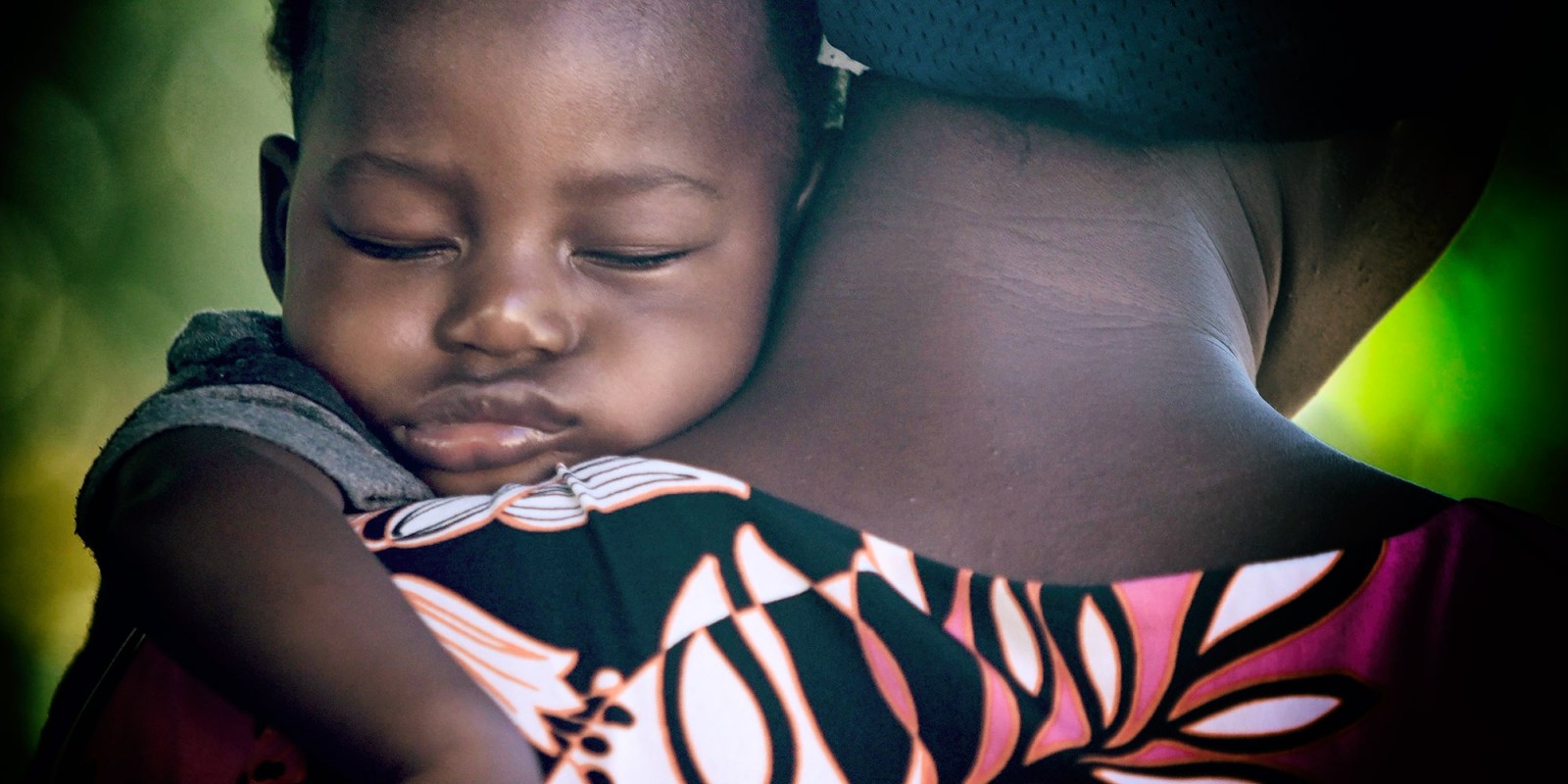 The eSwatini Broadcasting and Information Service has a virtual monopoly which it inherited from the colonial era and which the government and royal family appear reluctant to see diluted. (Photo: Leo Wieling/Unsplash)

The coronavirus pandemic has exposed the parastatal eSwatini Communications Commission’s unspoken practice of keeping privately-owned community broadcasters – particularly those seen as politically dissident – off the air.

EmaSwati long for the kind of community radio they see operating in neighbouring South Africa and Mozambique, which takes on local issues.

However, the state broadcaster, the eSwatini Broadcasting and Information Service (EBIS), has a 56-year-old virtual monopoly which it inherited from the colonial era and which the government and royal family appear reluctant to see diluted.

A very small number of independent stations have been licensed, either subject to stringent conditions, or owned by politically connected individuals or organisations seen as politically “safe“, such as churches.

Citing the Covid-19 lockdown, the Broadcasting Guidelines of 2017 and the lack of a Broadcasting Act, the commission recently turned down three applications for “temporal” community broadcasting licences.

“Temporal” is jargon for non-permanent licences granted for a specific purpose. The applicants said they were aiming to raise awareness of Covid-19 and improve health education at the community level.

The latter was the first community station to apply for licence, in 1998. Twenty-two years later, it is still out in the cold.

Acting on behalf of the community stations, SCMN applied for two temporal broadcasting licences. Its national coordinator, Ambrose Zwane, a well-known champion of community radio, submitted a letter of application on 22 April, as Covid-19 was taking off in the region.

The SCMN was formed in 2013 by grassroots groups who wanted to have their own radio stations. During the HIV/Aids pandemic, they aimed to help contain the disease in rural areas.

Such activism is once again required – since March 2020, eSwatini has recorded 3,599 Covid-19 infections and 65 deaths.

Acting on behalf of the community stations, SCMN applied for two temporal broadcasting licences. Its national coordinator, Ambrose Zwane, a well-known champion of community radio, submitted a letter of application on 22 April, as Covid-19 was taking off in the region.

In his response on 14 May, the regulator’s chief executive, Mvilawemphi Dlamini, commented on the “valid” motives for the application.

But he still went ahead and rejected it, arguing that “the application for the two temporal licences is made by a single entity, being the Swaziland Community Multimedia Network”.

“The commission cannot issue two licences to a single entity as that would be in contrast with clause 5.4 (11) of the Broadcasting Guidelines, 2017. This provides that ‘a person shall not hold more than one community radio licence at any one time’,” he wrote.

His second justification was that the commission “could not carry out the necessary preliminary assessments … before a broadcasting licence could be granted, due to the prevailing partial lockdown in the country”.

To circumvent the objection, the Lumbombo and Shiselweni stations applied separately, the former on May 20 and the latter on June 1, providing as their motivation the need to combat the spread of Covid-19.

Dlamini’s response, on June 4, was to shift the goalposts. Again rejecting the applications, he said that a draft Broadcasting Bill, which would provide for a new licensing regime, was before parliament for finalisation.

And because there was no legislation, the regulations required to govern broadcasting were also not in place.

He told the applicants that “the commission has found it proper to wait for the enactment of the Broadcasting Bill”, after which temporary and permanent licences could be granted.

In response to the absence of broadcast legislation, guidelines were promulgated in 2017 to assist the commission in issuing licences and spectrum to applicants.

The Swaziland Communications Commission Act of 2013 stipulates that the guidelines apply to all existing and prospective radio and television broadcasting service providers, pending “the promulgation of a Broadcasting Bill and corresponding regulations”.

“The guidelines… shall be applicable until such time that the Commission indicates and shall be superseded by the promulgation of the Swaziland Broadcasting Bill and corresponding regulations,” the guidelines state.

Zwane, a diehard Rastafarian, said one reason that Lubombo Community Radio is still without a licence after 21 years of trying for one is that the authorities perceive him as a political dissident.

“I told them that the focus shouldn’t be on me, but on the benefits of community radio to the people.”

On a number of occasions, he said, he had been advised to cut his dreadlocks to appear more presentable to the authorities.

“I’ve maintained that one’s locks should not stop anybody from being issued a community radio licence. That I’m the face of a community radio initiative does not mean I must change who I am. I am Rastafarian,” he said.

“I told them that the focus shouldn’t be on me, but on the benefits of community radio to the people.”

His grandfather, Ambrose Zwane, may also be an impediment. A medical doctor, he was a Pan-Africanist and founder of opposition party, the Ngwane National Liberatory Congress.

The Lubombo region, where the Lubombo Community Radio is based, was a congress stronghold in days gone by.

The guidelines state that “an applicant shall not be eligible for a community broadcasting licence if the applicant is a political party or entity, or (holds) office in that.”

Zwane accused the regulator of hiding behind the lockdown, pointing out that as eSwatini’s Covid-19 regulations classify the media as an essential service, there is no legal bar to Dlamini pressing ahead and carrying out preliminary assessments.

He added that the Broadcasting Guidelines provide for the issuing of community broadcast licences, as this had happened with a small number of private operators as well as state services such EBIS and eSwatini TV.

One of the privately licensed stations is the Voice of the Church Radio, seen as a respecter of the political status quo. Another, Channel yemaSwati, is owned by King Mswati’s cousin, Qawe Mamba.

A licence has also been issued to University of Eswatini Community Radio – but subject to the condition that it broadcasts only on the university campus, and not to surrounding communities.

Asked what progress had been made on the Broadcasting Bill, the government’s Information and Media Development Directorate, which is responsible for legislative and policy development, told the Inhlase Centre for Investigative Journalism that far from being before parliament for finalisation, the Broadcasting Bill is still being considered by the Commonwealth consultant to whom it was referred 13 years ago.

In 2013, The Nation newspaper reported that Stan Motsa, a former director in the communications ministry, had controversially issued a commercial broadcasting licence to Africa Unite FM without legislation being in place.

This created the impression that certain would-be operators were being given preference.

As it reports to the Minister of Information and Communication Technology, rather than to parliament, the regulator has lacked independence from day one.

The current minister is King Mswati’s eldest daughter, Princess Sikhanyiso, meaning that perceived oppositionists have no chance of entering the broadcast sector.

Zwane insists that he has no hidden agenda, and that his sole purpose is to ensure the free flow of information in the country.

Questions were sent to the regulator about Zwane’s allegations. No response had been received by the time of publication. DM