How well has South Africa done at reducing Covid-19 deaths? 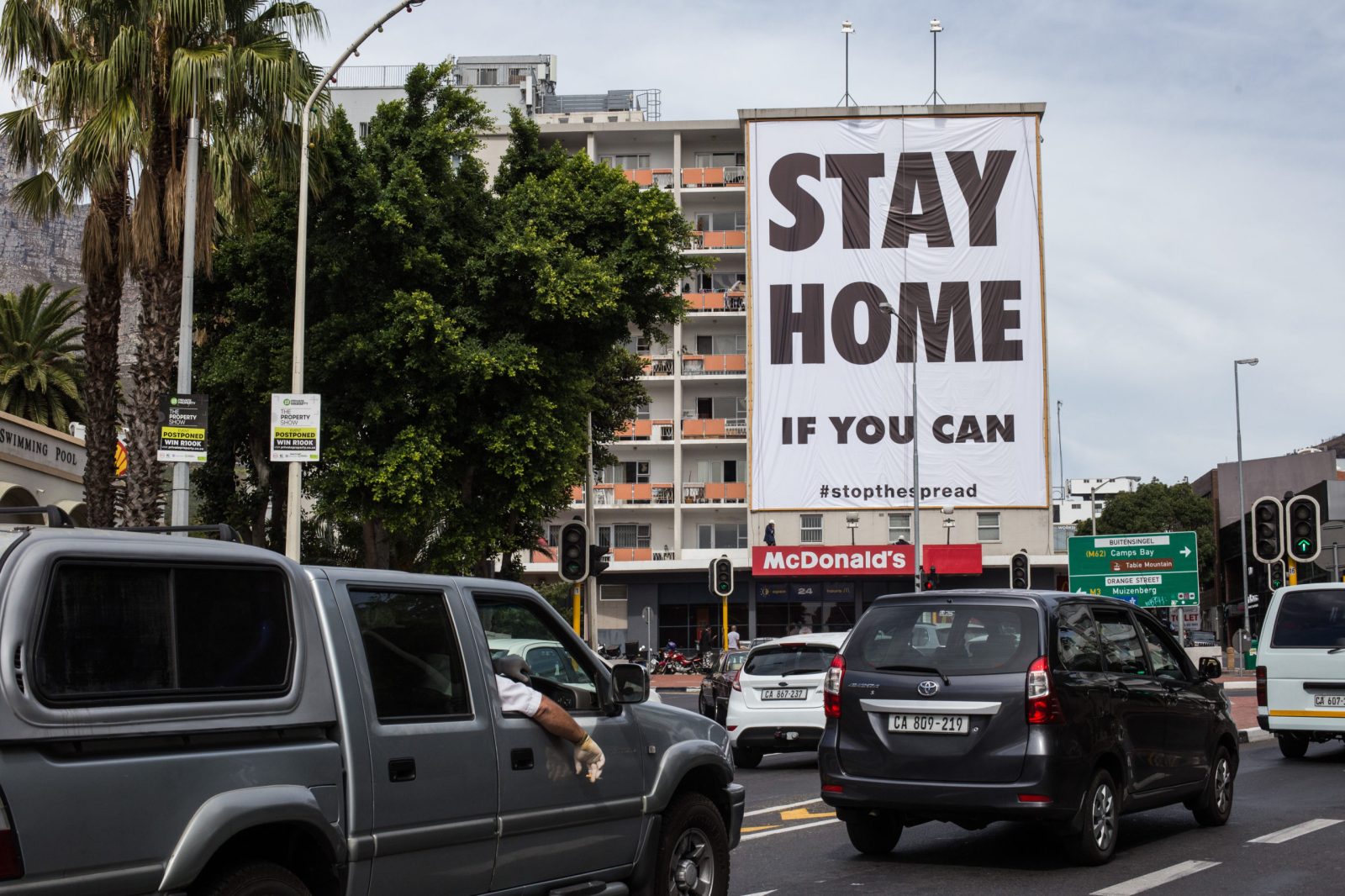 Messages like this may have helped reduce the number of Covid-19 deaths in South Africa. (Archive photo: Ashraf Hendricks)

Despite all the scandals, South Africa’s Covid-19 deaths could easily have been much worse. The government has not done too badly in its stated main aim: To reduce Covid-19 deaths.

Eight months into the Covid-19 pandemic, how well has South Africa done at limiting infections and how big a deal is the pandemic anyway? To answer that, we need to think about how the data actually works and doesn’t work.

We are not fifth worst

Dashboards like Bing and Worldometer report that South Africa has the fifth highest number of infections globally. By the measure of deaths per million people, which more directly expresses how dangerous it is to live somewhere, we are ranked 31st – so nowhere near the podium. Both of these rankings, though, require a pinch of salt as there are many countries that almost certainly have more infections.

South Africa has performed more tests than most (16th place, as far as we can tell), and we track births and deaths about as well as some developed countries. These two factors, of which we can be proud, unfortunately also make us look worse than many countries that have little capacity to test for Covid-19, or to count deaths.

How many Covid-19 deaths?

Officially, we have had about 12,000 “confirmed” Covid-19 deaths. However, the Medical Research Council (MRC) reports that there were 27,500 more deaths (from all causes), between 6 May and 4 August 2020, than we have seen in that time window in recent years. That number is probably a conservative estimate of the true Covid-19 death toll. Here’s why:

Firstly: The number of confirmed Covid-19 deaths only started increasing dramatically in June 2020 and is now on the decline. This aligns impressively with the MRC mortality trends. “Collateral” deaths – non-Covid-19 deaths brought on by generally reduced access to healthcare – would be expected to follow the severity of the lockdown, which has been slowly tapering off due to the relaxation of rules and fatigue.

Secondly: Because of the lockdown, deaths from “unnatural” causes (particularly homicides and accidents), have dropped dramatically, even as the total has gone up.

Thirdly: Deaths from other infectious diseases which we usually see at this time of the year have also dropped dramatically. There has been no significant flu season. In children, there have been very few Respiratory Syncytial Virus (RSV) infections and other respiratory tract infections that usually cause deaths during winter, and less TB than usual.

Fourthly: Taking into account the previous two points, the MRC produced a best estimate of excess “natural” deaths over the same period – and that estimate runs to 33,500.

Some of the excess deaths are presumably not Covid-19, but are the result of difficulties accessing healthcare, owing to lockdown restrictions, fear of going to a clinic, or over-burdened health systems. Given the preceding points, these are likely to be a relatively small part of the excess deaths.

How many Covid-19 deaths will there be?

Reliable long-term disease death predictions are simply not available. Nevertheless, it now seems safe to say that by the end of September 2020, there will be over 40,000 actual Covid-19 deaths, though these will not be reflected in the official count.

The epidemic is in decline, but it is far from over and it could surge again as lockdown regulations are relaxed, and if we collectively drop our guard with physical distancing, face masks and hand hygiene – that is what is currently happening in many countries.

How bad is it?

In South Africa, annual deaths have been declining since 2006, mainly thanks to antiretroviral treatment for HIV and progress against TB. There are also about 50,000 unnatural deaths annually, but barring an outbreak of extreme violence, there will be far fewer during 2020.

There were about 450,000 recorded deaths in 2017, the latest year for which official numbers are available. Covid-19 will increase our death toll this year by 10% or more. That’s huge.

How do Covid-19 deaths compare to AIDS and TB?

TB is the most frequently recorded cause of death in South Africa and there were under 30,000 such deaths in 2017 – fewer than any serious estimate of Covid-19 deaths in 2020. Even though the real TB number is likely to be significantly higher due to how death certificates get filled in, we can reasonably expect more Covid-19 deaths during 2020 than TB deaths.

South Africa’s most informative AIDS model (Thembisa) estimated that there will be 63,000 AIDS deaths this year. That was before we had physical distancing and all the anti-Covid-19 measures which have reduced transmission of respiratory infections – a major immediate cause of death for people living with HIV.

But taking a longer term view, Covid-19 in South Africa doesn’t even come close to the HIV epidemic. In 2006, about 300,000 people died of AIDS here, almost 6,000 people per week, sustained throughout the year. At the height of the just-passed Covid-19 peak, it was about as bad – more than 6,000 excess natural deaths in the week of 15 July 2020. Because many people get very sick from Covid-19 and recover with oxygen support, some hospitals were for a few weeks hit harder by it than they were ever hit by HIV.

How bad could it have been?

It’s clear that the measures taken since 16 March 2020 have saved lives. Lockdowns work. China, where measures were highly enforced, and testing was pushed as hard as possible, had a tiny first peak compared with European countries. We know it worked here because we see the reduction in other infectious diseases. Perhaps the lack of international traffic helped prevent the flu season, but it doesn’t explain the drop in other infections in children which do not depend on international travellers.

The restrictions on inter-provincial travel, coupled with masks, physical distancing, hand hygiene, and a massive reduction in public events and large gatherings have likely played their part.

Had we continued life more or less as normal after 16 March 2020, what would have happened? It’s impossible to produce credible hard numbers, but our guess is that several times as many deaths have been prevented; we have probably avoided a devastating flood of deaths.

Yes, planning for the surge of cases, in some provinces, was abysmal. The ban on cigarettes made no sense; nor did the restrictions on exercise hours. Over-zealous restrictions on workplace activity have left the economy reeling, but a comparison with other countries (including Sweden), shows that epidemics can easily stall economies even if one does not explicitly decree a halt to most activities. Stealing protective equipment contracts, and other opportunistic corruption, is indeed abominable. Despite all this, it could easily have been so much worse. The government has not done too badly in its stated main aim: To reduce Covid-19 deaths. DM

Nathan Geffen is GroundUp editor. He has a PhD in algorithms for modelling infectious disease. Alex Welte is Research Professor at, and the former Director of, the South African (National Government) Department of Science and Innovation – National Research Foundation (DSI-NRF) Centre of Excellence for Epidemiological Modelling and Analysis (aka SACEMA), at Stellenbosch University.