Spring Awakening: The opportunity’s ours, like fynbos after the fire 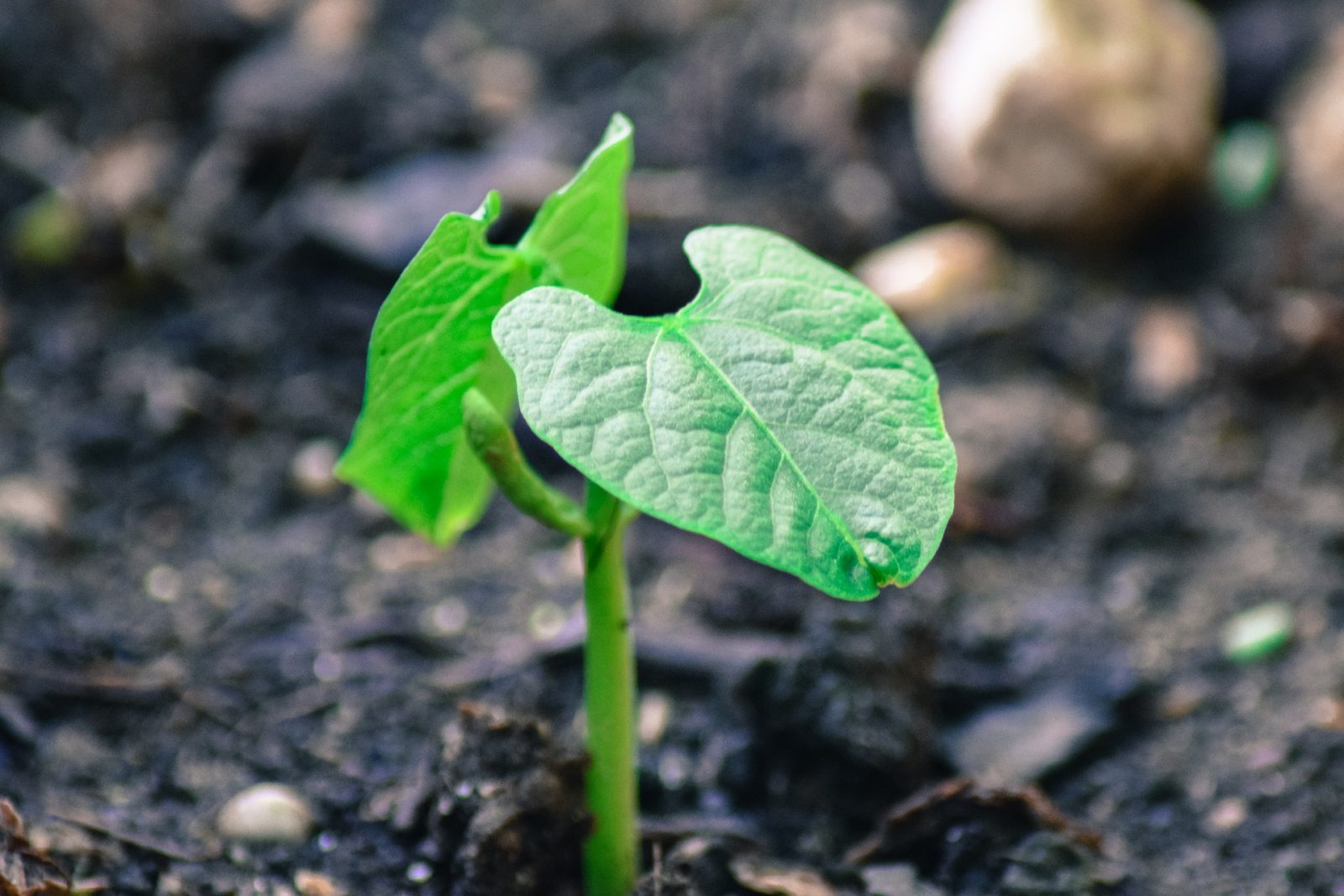 (Image by annawaldl from Pixabay)

If you want to sing out, sing out, live high, live high, or just be (the new) you, surviving a pandemic could be just the elixir we need for a refreshing new take on living.

A lightness of spirit coursed through me on my walk out of town on Wednesday as it sank in that all this will pass. I pictured Ruth Gordon at the piano in her eccentric pad, singing to young Harold, “If you want to sing out, sing out… if you want to be free, be free…”

The walks had only resumed days earlier, after having walked for an hour every weekday morning for three months. Until late March, when … when the world changed, and the singing of carefree ditties stopped, and the chill set into hearts and, soon, to the land. That summer had seemed so perfect. Even the rains had come, after six years of Karoo drought.

On the hottest days of the Karoo summer it seems impossible to get cold. You’re as sapped as withered wild spinach, as parched as a meerkat in a drought. If there’ve been no rains, the leaves on every karoobosssie wither, the colour of the veld changes from gnarly green to scrubby straw. You seem to recoil within, you long for a cool breeze off the sea. But, when the wind sweeps down from the Atlantic, surges across Angola and Namibia to the Northern Cape, the tumult of cold and turbulence descends on the Karoo and, within just days, we find it hard to imagine what a hot summer’s day must feel like.

The loss of green life and pastel brio hit me hard as we slip beneath the surface of the earth into hibernation, like rabbits down holes, seeking the succour of the soil’s warmth to ease our souls through the sorry blight. If the younger you looked forward to the winter as much as the summer, the older you knows what double pneumonia feels like thanks to that bleak winter of a year ago, so winter is no longer merely a cold place but a season of dread. When Jack Frost’s looming spell of blue gloom of 2020 was staring us in the face, back in March, I was already dreading it. Add to that The Thing that we all know quickly transpired, and from which we are still reeling, and you can imagine how dread was my fear. I honestly wondered, for the first two months, whether there was any chance at all of making it to the other side of this winter. The odds seemed mightily stacked in favour of all the other players. Now, with every day on the road to the now looming Spring, I wake up astonished to be well, and I touch wood all over the place; there is no wood here that I haven’t touched many times, and with every passing second I hope the day goes quickly so that I can walk out into the yard one day soon in shorts and a T-shirt, breathe deeply of the hot air, and be grateful like never before to have got through a winter.

Great trials have a way of making us reassess everything. And even if this present tribulation is minor compared with a lumbering world war, that does not mean it is not a trial and that we are not burdened by and mentally affected or even physically by it.

It’s in one of my favourite films, Harold and Maude, that Ruth Gordon’s batty old spinster sings Cat Stevens’ If You Want To Sing Out, Sing Out. It’s not Yusuf’s best song by any means, but it owns its place in that great movie entirely because its message fits, so perfectly, the Flower Power message of being yourself, doing your own thing, finding your own way through life, and to hell with the naysayers. Be who you are, not what anybody else expects you to be, the opportunity’s ours…

Funny, then, how Stevens/Yusuf Islam himself sat cross-legged in front of me on an Athlone lounge floor in the Eighties and told me he regretted having written that song, and every other song in his repertoire. Ironic, maybe, that in our time, now, he once again sings those songs, Father and Son, Moonshadow, Where do the Children Play, the works. The wisdom and levity that come with the years seems to have softened the man. And now here was his song with me, on my walk. And that, despite his ardent desire in the Eighties to deny his song catalogue, he was never able to stamp it out in my mind, so they stayed with his fans if not with him. I’m sure, though, that they will have crept into his dreams and he’d sometimes wake up with Longer Boats or Wild World playing in his mind, and had to banish them to daylight.

Melancholy walks alongside you in times like these. Making some preparation for the advent of Spring has helped. In late July I pruned the rose bushes, the Paraguay nightshades (or blue “potato” shrub) and the massive yellow African bush daisy, severely, in part to show faith in the power of nature to change and renew, to bring new growth where winter has created seeming death, even if what appears to be dead is merely dormant. We know it is, yet when I look out at the veld now you could be forgiven for believing that nothing green could ever grow there again. It is as if unkind gods have laid waste, blowing their acrid breath on any and every life, and sucking any remaining whimper of life from its very sap. Yet, look closer, now, and tiny shoots of greenness are everywhere, little harbingers of the earth’s resilience and its promise to deliver, even where it seems impossible. Like fynbos after the fire.

And the rains did come, they confounded the odds, back in that other time that seems like an aeon ago but was only last summer, when the heavens opened above the parched Karoo and rivers flowed and farmers danced waist-deep. And you thought, then, that it’s better to have faith that the drought will ultimately be broken, and I’ve been reminded of that many times during these past chill months; that it’s the bridge you walk out on now and then in life, the one that appears out of nowhere before you, and the only way to get to the other side is to get out there and keep on walking until you step foot on the far shore. The far shore of the Spring of 2020 is nigh. Best we till the soil, lay the compost, plant the seeds, and be ready to tend the crop.

My odd little potting shed cum store room in the back werf has seeds of garden peas and red and cos lettuce planted to show (and sow) faith in the coming season, and the pea sprouts are already peeking through the soil. The parsnips, beetroot and chantenay carrots planted in the Autumn are preening beneath the surface of the soil in the side yard, and the daikon radishes are growing fat beneath their bunching leaves. Two varieties of 0nions, Welsh and red, are nicely established. We’ll be eating and pickling the daikon by early Spring, just as they go t0 seed, and the parsnips and carrots by October. In early September the courgette seeds, tomatoes and brinjals will go into seed trays, and a handful of pumpkin and butternut seeds, to give them an early start.

If this seems to suggest that I have a massive garden, I don’t. The produce of Klein Jakkalsfontein (my joke name for the little potting shed, Jakkalsfontein farm itself being the domain of a farmer friend) has to find little spaces all over the place if there’s to be any vegetable crop at all, but, put it this way: I can pack half a household into a small car boot, finding ingenious ways to slot everything in, and I can be very stubborn, so I will find spaces for everything to grow.

Having the privilege to plant a few seeds, watch them grow, and then harvest and eat them, is far more valuable and valid than being a stuffed-shirt idiot in a restaurant sending back a plate of food because “it does not meet my standards”. It’s time to get over ourselves. No one’s interested in your personal standards any more, Henry. Get out of the restaurant and go home, if that’s your attitude. We have no doubt you could make a much better dish in your own kitchen. Off you go. (I write that on behalf of all restaurateurs, anywhere, who have had to suffer a pompous customer sending back the steak because it’s “not absolutely perfect”. I could name names but I won’t.)

I’ve been maddeningly inappropriate in restaurants in my time. Demanding and entitled. As if somehow I just deserved better; a better plate of food, finer ingredients, a dish as refined as refined can be, rather than simply the best dish the chef can do, or the dish cooked just the way the chef believes it should be d0ne, or likes to do it. I’m sending that “me” packing. Off you go, sunshine. You’re not welcome any more.

Maybe we won’t actually laugh at funerals like Harold and Maude, but knowing that a funeral could have been in your near future does have a way of bringing you upright. The opportunity’s ours. There are a million things to be. DM/TGIFood